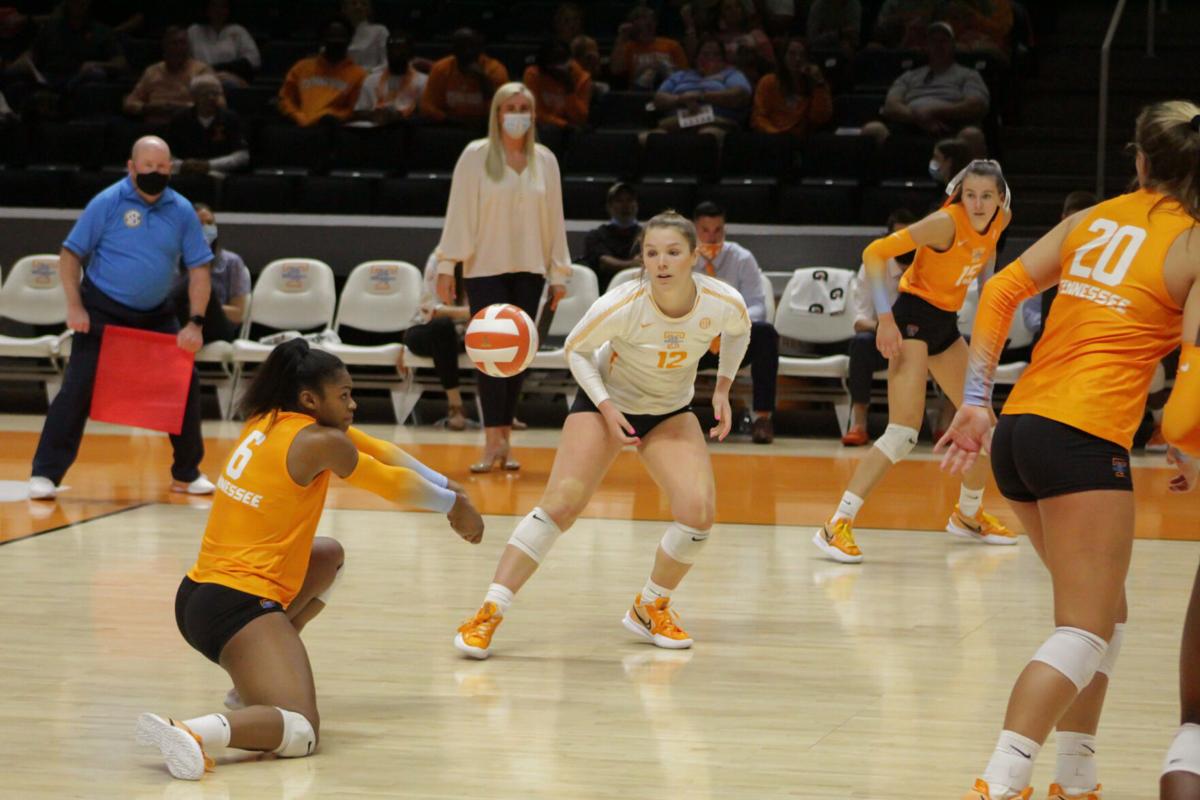 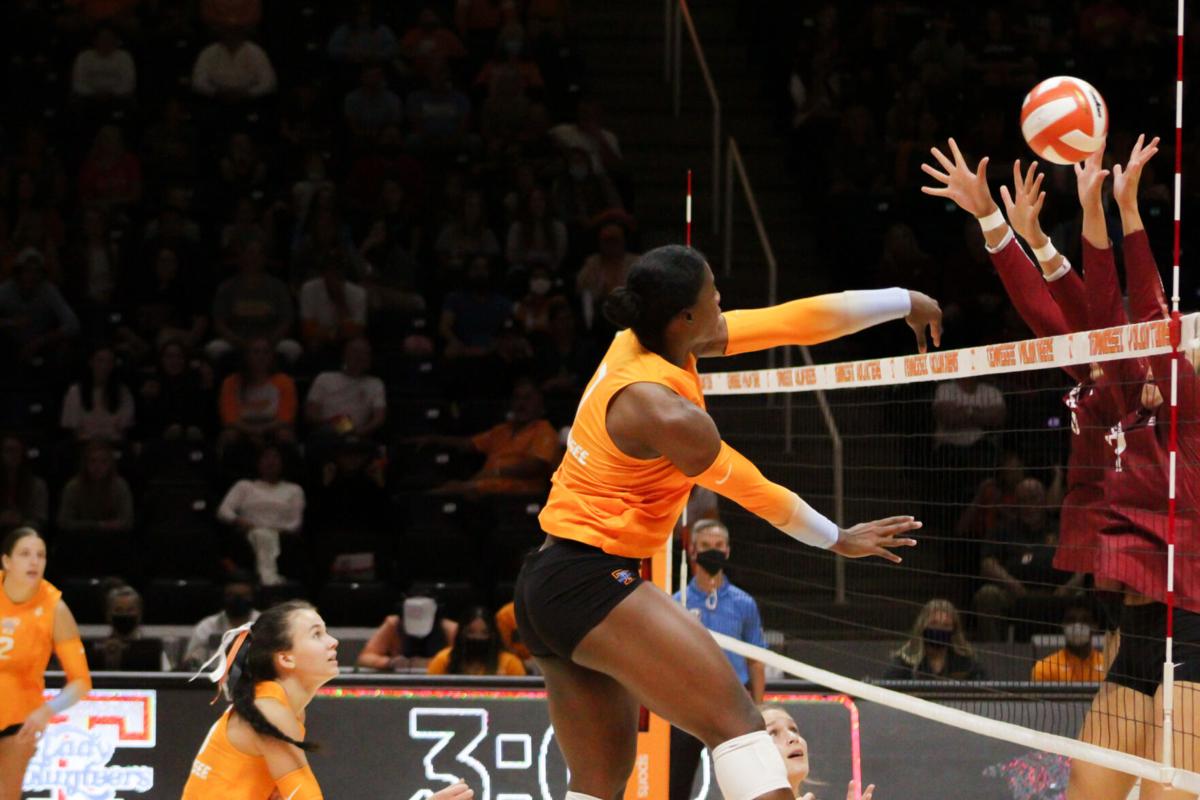 Morgahn Fingall (7) hits the ball through the Arkansas block in Thompson Boling Arena on September 25, 2021. 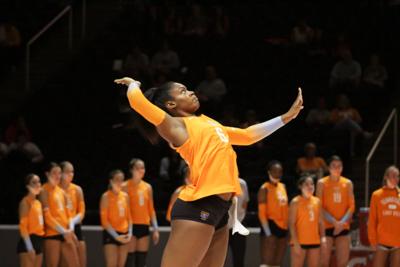 The Tennessee Lady Vols volleyball team (9-2) started conference play Saturday as it took on the red-hot Arkansas Razorbacks (10-3) Saturday at Thompson Boling Arena. The match was the first of two times the teams will face each other over the weekend.

“The biggest thing for us is starting with a victory in SEC play.” head coach Eve Rackham-Watt said. “Every match, every opponent you play in the league night in and night out is a battle. There are so many good teams In this league and coaches- it’s hard to win. I’m ecstatic to start 1-0.”

In the first set, the Lady Vols didn’t waste any time and quickly put points on the board. The Lady Vols’ offensive efforts were led by junior right-side hitter Morghan Fingall and graduate student Breanna Runnels, who both finished the set with four kills and three digs. Blocks from Ava Bell and Lily Felts made it hard for Arkansas to build momentum.

Arkansas kept the set competitive despite trailing early and would even take the lead 16-15 going into the second timeout.  At one point, the Lady Vols faced set point, down 21-24, but managed to battle back and tie the set five times.

Arkansas would manage to close out the set 33-31, led by junior outside hitter Jillian Gillen with seven kills and eight digs.

The Razorback went into the second set with confidence and led the Lady Vols by much as 6 points in the early minutes of play. The deficit didn’t faze Tennessee, as it was able to storm back and take a 15-13 advantage into the first timeout of the set.

Fingall was a big part of the Lady Vols dominance in the second set, as she recorded two more kills, two more digs and three more blocks. Tennessee was able to make necessary adjustments and take set two 25-19 to even the match at a set a piece.

The third set was another closely contested battle between the two teams. While Razorbacks held the lead for the majority of the set, the Lady Vols were right behind them. Eventually, the Lady Vols managed to take the lead.

Bell was a big part in protecting Tennessee’s lead by making clutch blocks at the net. In the end, the Lady Vols would take set three 25-20.

In the final set, the Lady Vols were more polished on both sides of the ball and dominated the Razorbacks for its entirety. The Lady Vols dominated with a .520 hitting percentage, and Arkansas could not adapt, as the Lady Vols took set four 25-14.

“We had a sense of urgency,” senior Danielle Mahaffey said. “ Everyone's good in the SEC, so we had to be mindful of that. We take pride in our work so we just had to remember that we control our side and go from there.”

The Lady Vols will return to the hardwood Sunday at noon to face the Razorbacks at Thompson Boling Arena. Live coverage of the match will be provided on SEC Network+.