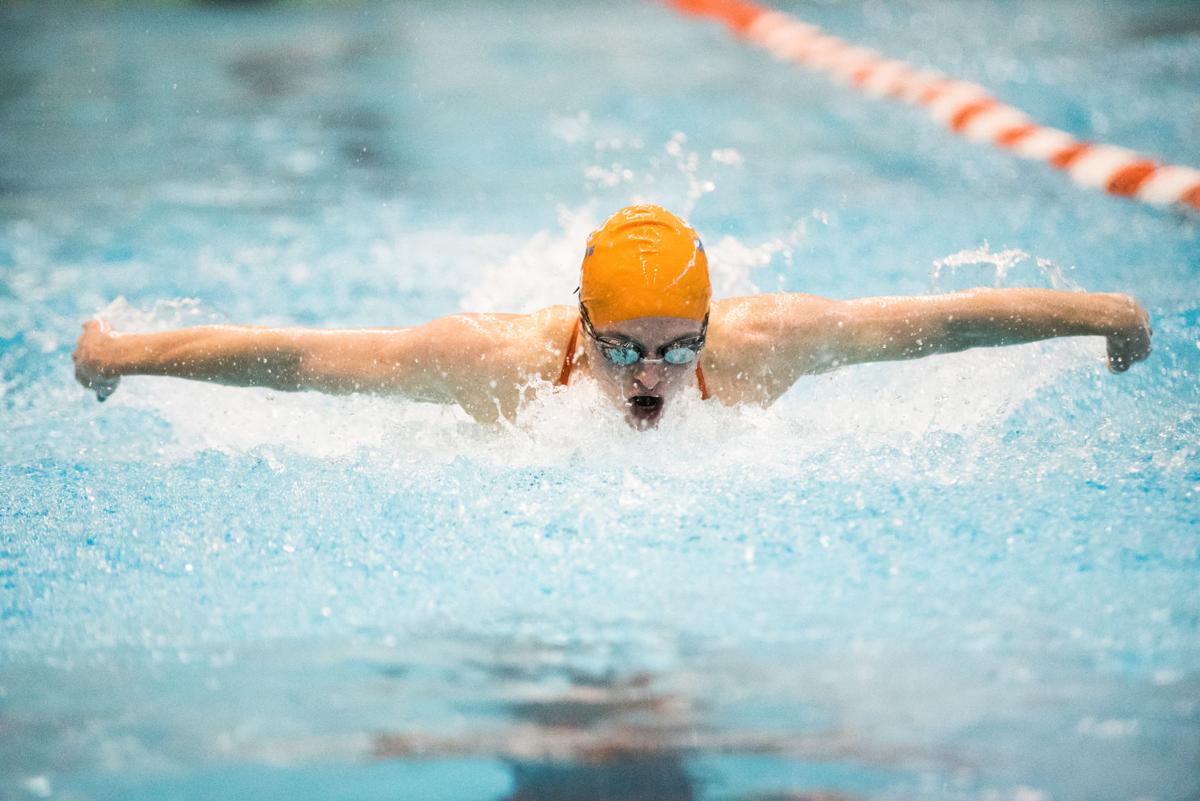 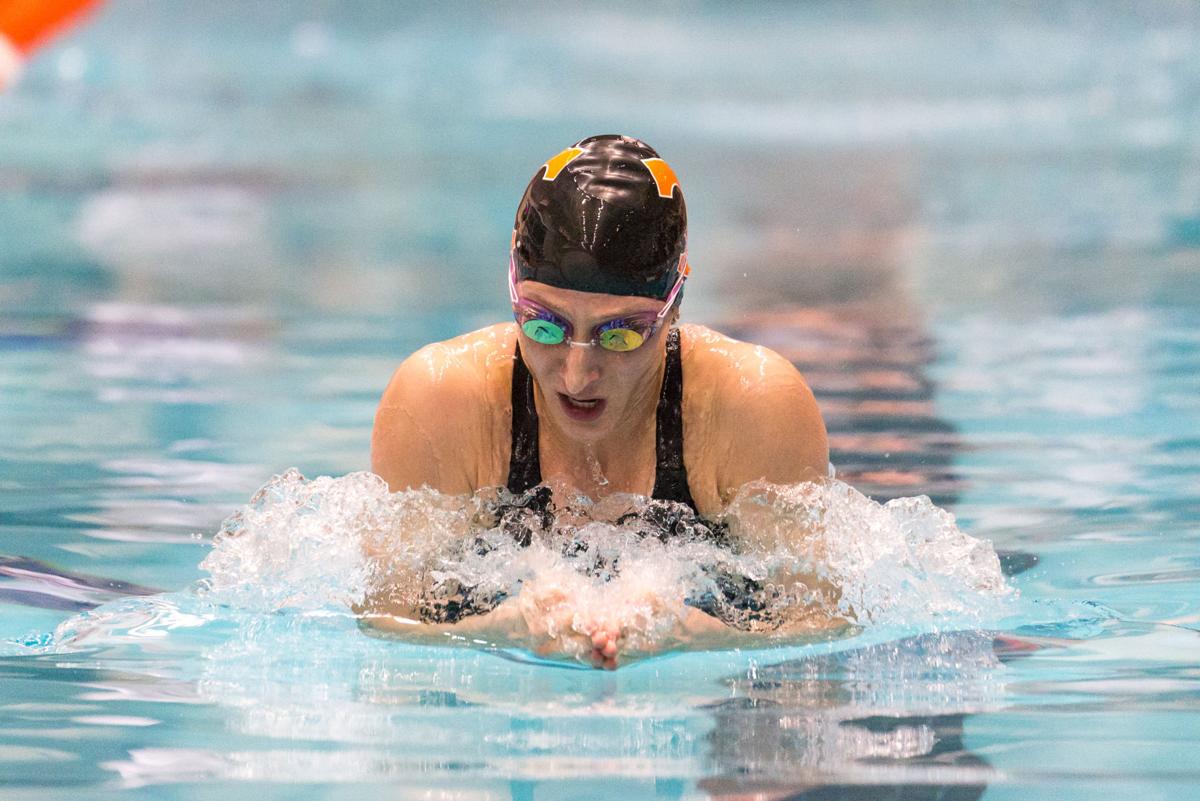 FILE - Meghan Small in the 100 breaststroke during the Tennessee Invitational at Allan Jones Intercollegiate Aquatic Center on Dec. 1, 2017.

FILE - Meghan Small in the 100 breaststroke during the Tennessee Invitational at Allan Jones Intercollegiate Aquatic Center on Dec. 1, 2017.

The Tennessee Volunteers men and women’s swim teams traveled to Auburn, Alabama to compete in the 2020 SEC Swimming and Diving Championships. On the first day, the Volunteers took home five medals; they continued riding that momentum into day two of the championships.

The two teams entered the meet ranked highly. As the men entered at No. 12 and the women came in at No. 4, both looked to bring home some medals before they prepare for the NCAA Championships

The Lady Vols finished the regular season with a perfect 8-0 for the first time since the 1972-73 season. They also posted an impressive five top 25 wins along their way to a perfect season.

For the men, their 7-1 record is their best since 2001-02 as they topped four ranked opponents and only fell to No. 8 Georgia on the road. The men look to establish program success to turn the men’s swimming program at UT into something special.

The women’s team has five swimmers that won an SEC title last year. Erika Brown comes into her senior year as a 12-time SEC title winner. Meghan Small has three titles to her name already, while Bailey Grinter, Stanzi Moseley and Nikol Popov won medals last year as a part of relays.

Wednesday night’s finals saw seniors Erika Brown and Meghan Small with a chance to make history, and the girls did just that.

Brown took home her third straight SEC title in the 50 freestyle, becoming just the third woman to do so as she joined two Olympic medalists. Brown swam a 21.03 for the second fastest performance in history and lowered her own SEC record. The win was her 15th SEC gold medal.

Small snatched her third SEC gold medal in the 200 IM as she swam a 1:52.14 to join just two others who have accomplished the feat. The senior claimed her sixth gold medal in the SEC Championships over her four years on Rocky Top.

"I think the team, their focus and their love of the sport has helped them get to this pinnacle," associate head coach Ashley Jahn said. "On top of that, they want to help other people get better and collectively that drives them forward. What they achieved tonight is nothing short of incredible and I am so happy for them."

Will Hallam joined Brown and Small on the podium as he scored a 374.35 in the men’s one meter springboard, which was good enough for a bronze medal. Hallam’s season has been riddled with injuries. He most recently injured his shoulder in the preliminaries for the three meter springboard event earlier this week, but he powered through and got third place with his efforts.

"I was telling my divers the other day that this is my 30th SEC Championships. We've had our fair share of SEC champions and great finishes, but some of the most memorable are the ones that people had to do out of adversity," diving coach Dave Parrington said. "Will has had his share of adversity this year in many respects and that third place finish was an incredible example of what our team talks about, being a selfless warrior."

After the second day, the Lady Vols sit in the lead with 385 points, which has them at 28.5 points ahead of second place Florida. The men are currently in sixth with 328.5 and Texas A&M has a comfortable lead with 438 points.

The events will continue on Thursday with the swimming prelims beginning at 10:30 a.m. ET with the 400 IM, 100 fly and the 200 free. The day will transition to diving with the women’s three meter springboard starting at 1:35 p.m. ET and finals for all of the day’s events kicking off at 6:30 p.m. ET.