Skip to main content
You have permission to edit this article.
Edit
News
Arts & Culture
Opinion
Sports
About
Advertise
Events
1 of 3 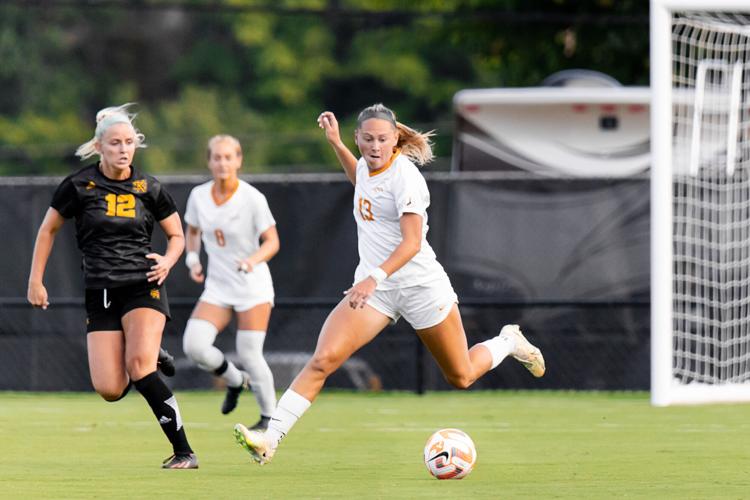 Sophomore Taylor Huff makes her way past a Kennesaw State defender in Tennessee's win on Sept. 9, 2022 at Regal Soccer Stadium. 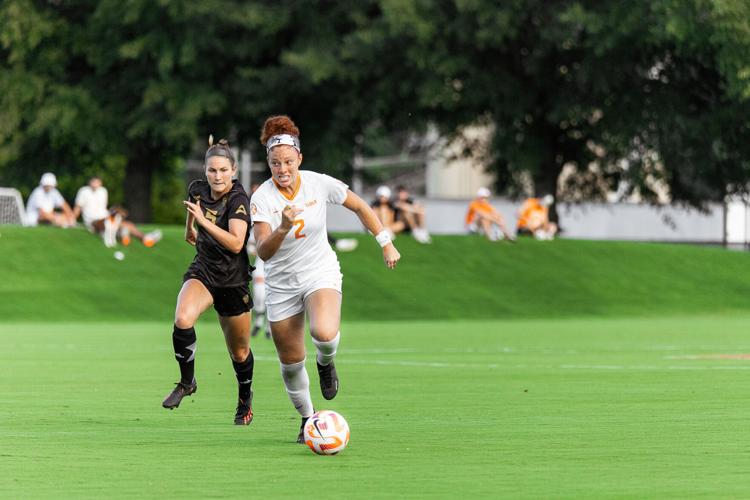 Jaida Thomas makes her way past a defender in Tennessee's game against Kennesaw State at Regal Soccer Stadium on Thursday, Sept. 8, 2022. 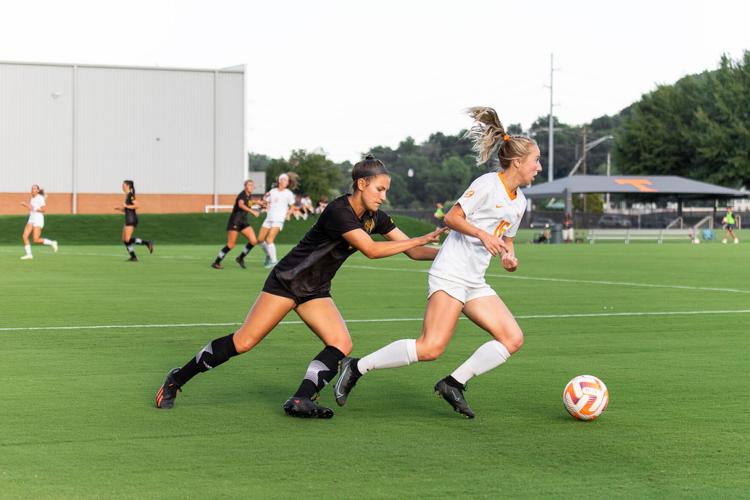 Tennessee women’s soccer (3-2-1) put on yet another dominant performance beating Kennesaw State (1-5-1) 5-0 on Thursday night. The team is full of confidence with SEC games just around the corner.

The Lady Vols have now won three games in a row and look very much like a team having fun and fully focused on accomplishing their goals in the remainder of the season.

There was no fast start for Tennessee this week as Kennesaw State looked positive in the opening 10 minutes, taking the game to the Lady Vols and creating some early chances.

In the 18th minute, Jaida Thomas opened the scoring with her sixth goal of the campaign and the Lady Vols never looked back. Thomas found herself inside the six-yard box unmarked and when the Kennesaw State goalkeeper Allanah Blye couldn’t keep hold of a shot by Taylor Huff, Thomas pounced on it to give the Lady Vols a 1-0 lead.

Thomas has now scored in her last four games and she could have doubled her tally two minutes later when she found the back of the net but it was quickly ruled out for offside.

The Lady Vols had many chances to add to their lead in the first half and it wasn’t until the 43rd minute when Thomas once again found herself inside the 18-yard box and finished off a lovely work goal. The movement began with fullback Jenna Chatterton finding Maddie Eskin out on the right-hand side who then found Thomas to give the Lady Vols a 2-0 halftime lead.

Tennessee got to work early in the second half with dynamic duo Hannah Zaluski and Mackenzie George linking up in the 46th minute to give Tennessee their third of the night and George her second goal of the season.

“They’re always looking to play the forward in behind-the-back line and I think she just saw me and looked up every single time and played the perfect little push in behind and it was just so good,” George said.

Associate head coach Jonathan Morgan said that the team has been practicing for these moments and have been working hard on off-the-ball movement.

Jordan Fusco got in on the action and slotted home Tennessee’s fourth in the 59th minute adding to the two goals she scored last Sunday night.

George sealed the game by making it 5-0 in the 66th minute, just two minutes after she was denied a goal due to offside. Fusco fed the ball through the heart of the Owl's defense to find the in-motion George who beat the keeper at the near post to score her second of the night.

Tennessee has outscored its opponent 16-0 in their last three outings and kept a clean sheet in all of those games.

“It's huge for the back three, for the goalkeeper, for our six. It builds their confidence, it builds the morale for the back group,” Morgan said. “For those four, five kids, it's pretty meaningful for them and their confidence as well. You got attacking players scoring goals and you got defense players keeping the ball out of the net so it's good for the whole group.”

The Lady Vols now look to finish their last non-SEC game on a high when they take on Queens University at Regal Soccer Stadium on Sunday with the match kicking off at 1 p.m. ET.

Through the Years of UT With Alumni

To appreciate the future of UT we have to look back at the past. Ali La Rosa interviews alum…