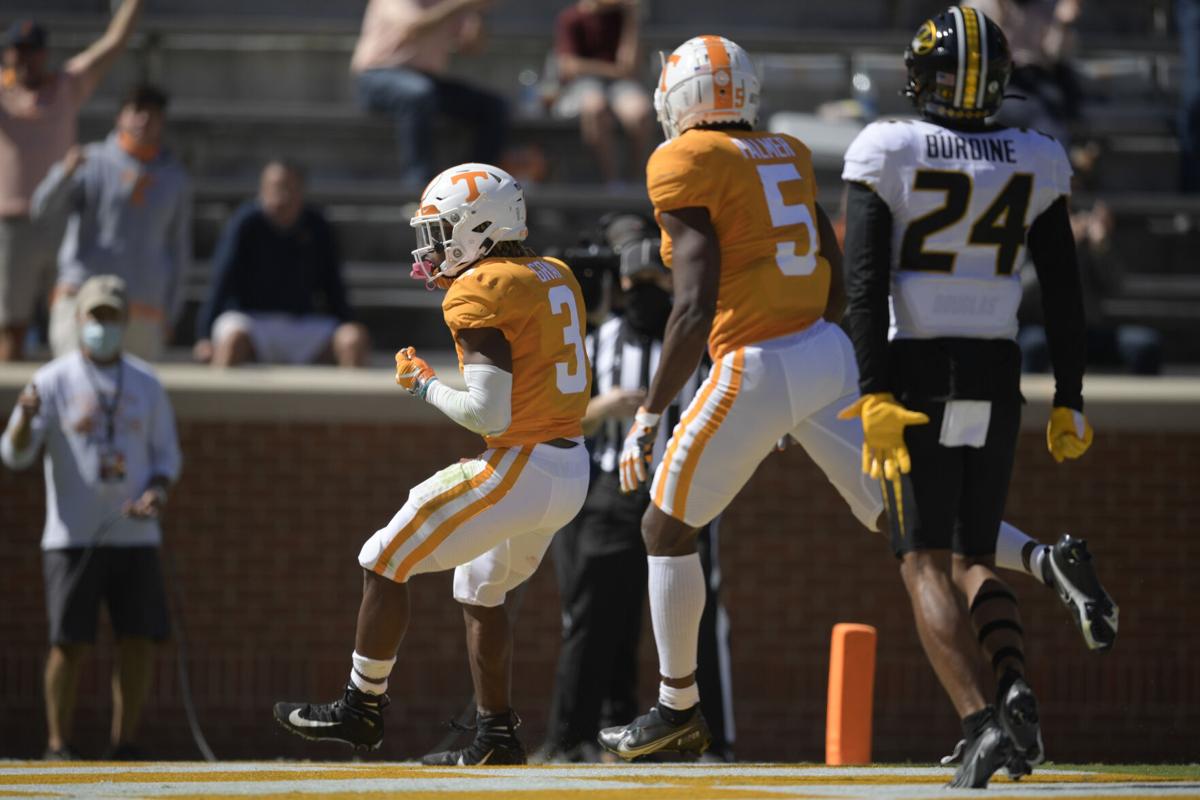 Tennessee running back Eric Gray (3) scores a touchdown during the second quarter of a game between Tennessee and Missouri at Neyland Stadium in Knoxville, Tenn., Saturday, Oct. 3, 2020. 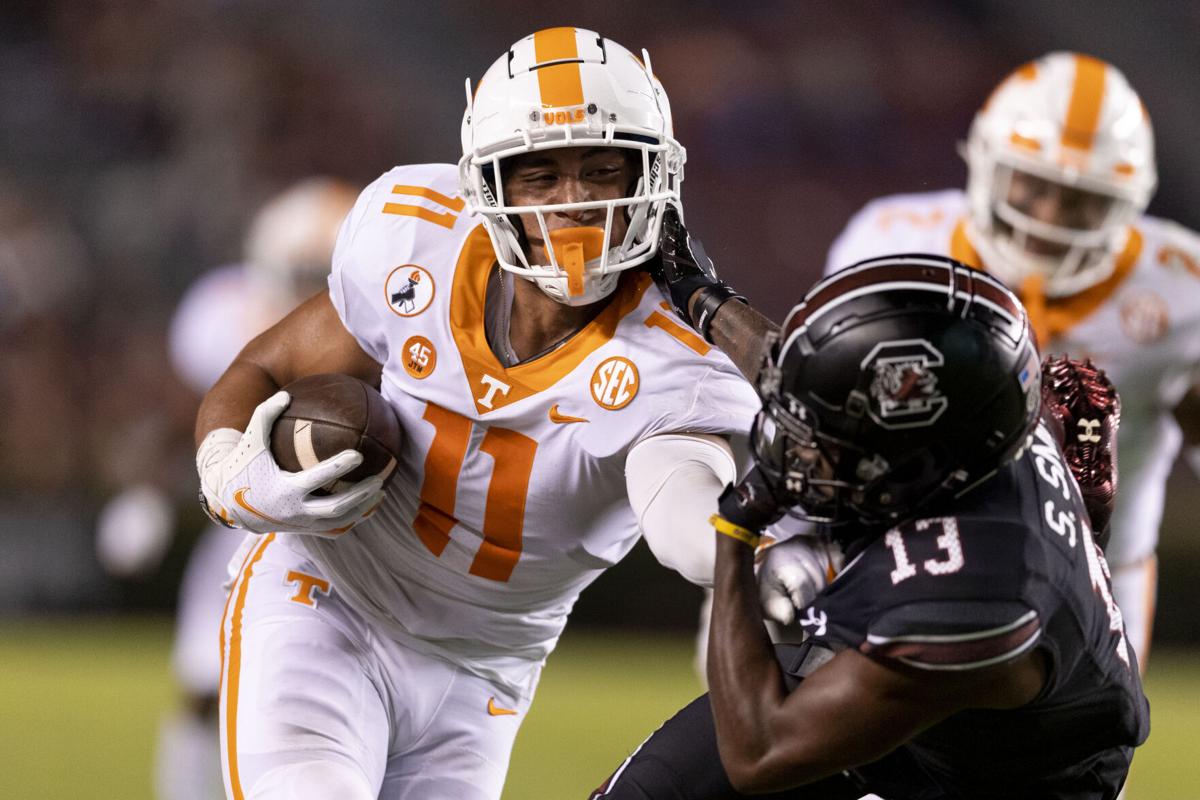 Tennessee running back Eric Gray (3) scores a touchdown during the second quarter of a game between Tennessee and Missouri at Neyland Stadium in Knoxville, Tenn., Saturday, Oct. 3, 2020.

Earlier this season, Jeremy Pruitt likened Tennessee football to the Titanic. With the boat's captain gone the passengers have started jumping overboard with four Vols' entering the transfer portal Wednesday.

To'o To'o and Gray are particularly difficult losses for Tennessee. To'o To'o was a freshman All American in 2019 and led the Vols with 76 tackles a season ago. Gray led the Vols from yards from scrimmage in 2020 totaling 1,026 yards and six touchdowns.

Crouch started beside To'o To'o at inside linebacker this season but struggled adjusting to the new position after playing outside linebacker as a freshman and running back in high school.

The North Carolina native recorded 57 tackles and two forced fumbles in 2020. Look for Crouch to potentially transfer back home to play for his home state Tar Heels.

The final Vol transferring is senior left tackle Jahmir Johnson. Johnson was a member of Pruitt's first signing class and started 18 games in three years for Tennessee including five games in 2020.

Johnson's loss is particularly hurtful due to Wanya Morris' transferring to Oklahoma.

Crouch, Gray and To'o To'o were some of Pruitt's top recruiting wins as the Vols' beat out the likes of Alabama, Michigan and Clemson to get them. Both Crouch and To'o To'o were ranked in the top 100 of the 247sports composite ranking.

Gray also sat out Tennessee's regular season finale against Texas A&M for undisclosed reasons on the same day Tennessee's internal investigation was leaked to the media.

The mass exodus from Tennessee's program is the first big loss for Kevin Steele and the Vols in the post-Pruitt era.

While before, Tennessee's roster was in shape to potentially not be a massive rebuild, now the roster is in disarray with major holes on both sides of the ball.