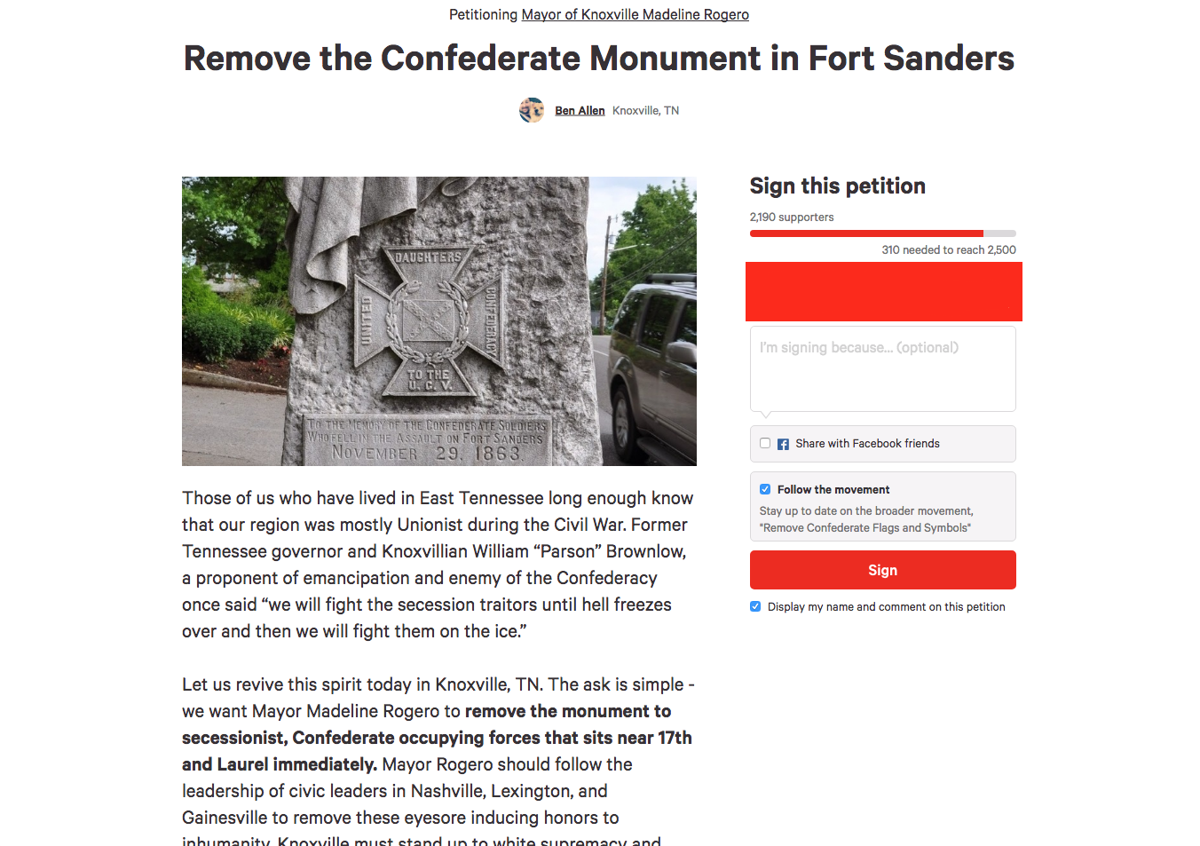 Remove the Confederate Monument in Fort Sanders petition has over 5,000 signatures. 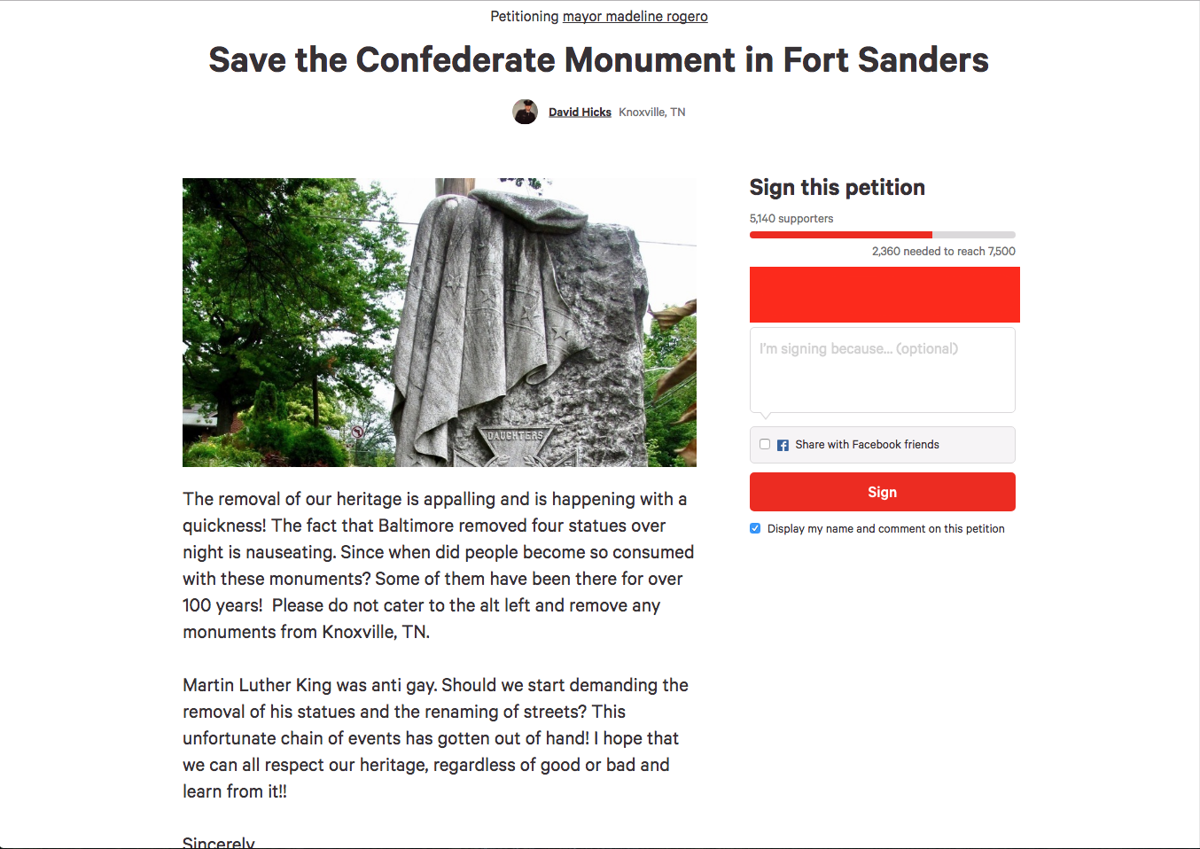 Save the Confederate Monument in Fort Sanders petition has over 2,000 signatures. 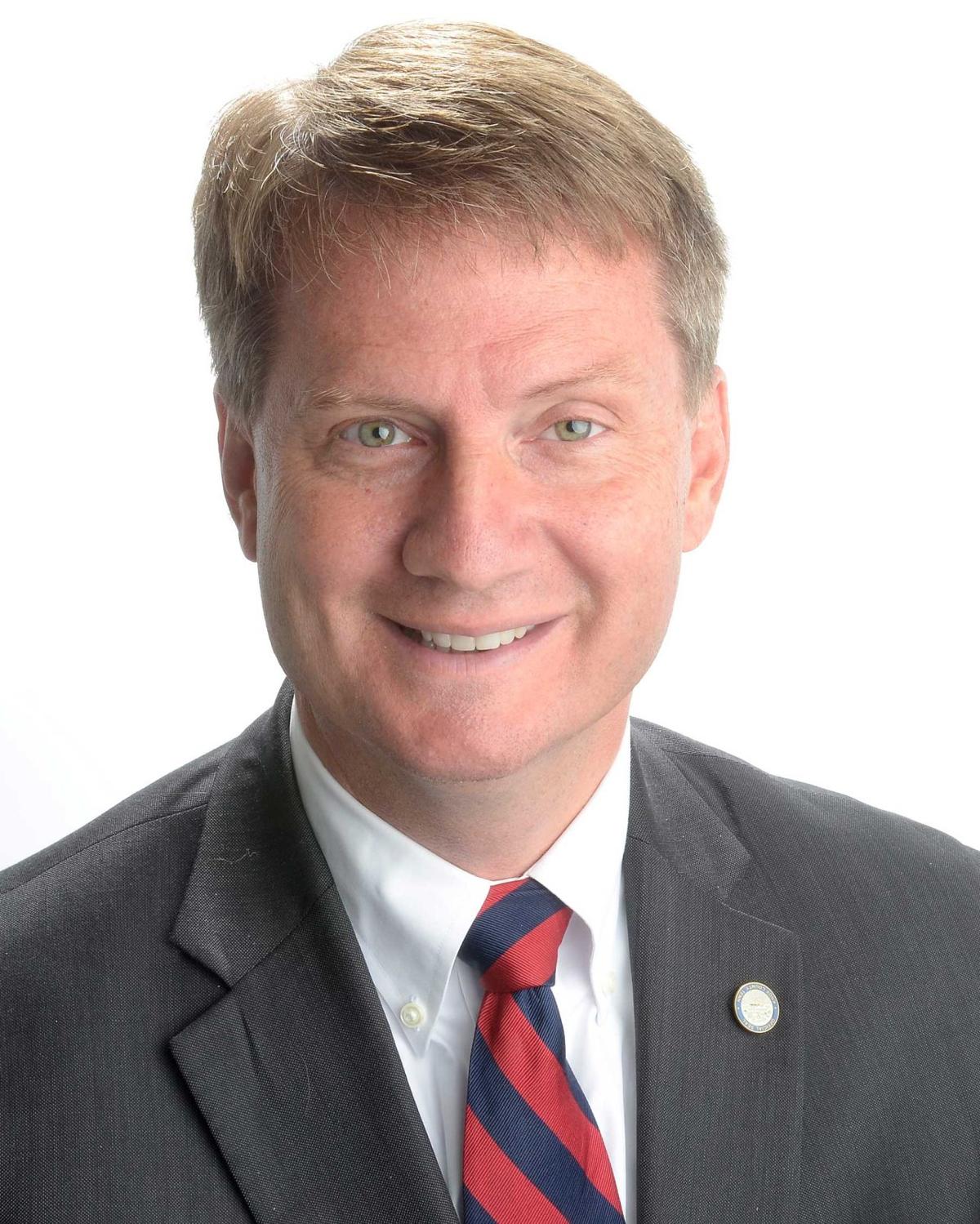 “As out-of- town white supremacists and neo-Nazis head toward East Tennessee, I ask everyone of faith to pray for the safety and well-being of our community, our law enforcement and everyone involved, and for the healing of our nation,” Burchett said. “The racism and hatred of these white supremacists and neo-Nazis don't reflect our values, and they are not welcome here.”

David Hicks is the screen name of the change.org petitioner who started, “Save the Confederate Monument in Fort Sanders” with over 5,000 signatures. Hicks says the removal of the statues hurts heritage and also referenced Martin Luther King Jr. in his description.

“Since when did people become so consumed with these monuments? Some of them have been there for over 100 years! Please do not cater to the Alt-Left and remove any monuments from Knoxville, TN,” Hicks wrote on his change.org petition. “Martin Luther King (Jr.) was Anti-Gay. Should we start demanding the removal of his statues and the renaming of streets?”

Ben Allen is the screen name of the change.org petitioner who started, “Remove the Confederate Monument in Fort Sanders” with over 2,000 signatures. He refers to East Tennessee's history and asks Mayor Madeline Rogero to have the statue removed.

“Those of us who have lived in East Tennessee long enough know that our region was mostly Unionist during the Civil War,” Allen wrote on his change.org petition. “Mayor Rogero, the city of Knoxville elected you to stand up for diversity and inclusivity in our community. Remove this testament to monstrosity and secure your legacy as a leader for a better Knoxville for all.”