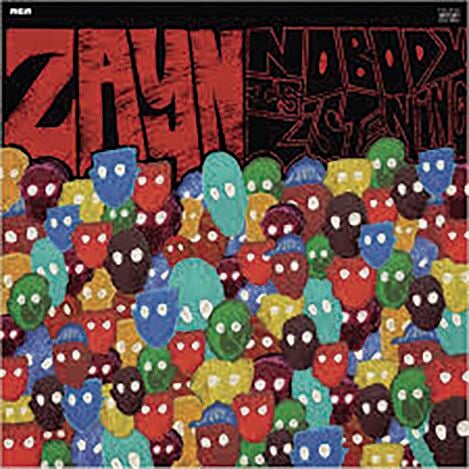 If Zayn Malik releases an album and no one is around to hear it, did he release an album at all?

ZAYN’s third solo album is “Nobody is Listening,” an R&B pop album running about 35 minutes in length. It arrives a little over two years after his previous album “Icarus Falls” and is about two thirds shorter.

Generally, the album is good and is consistent in how it sounds. It hardly deviates from song to song. When it does introduce new styles and instruments, it doesn’t feel out of place or like it’s coming out of nowhere.

However, the album leaves more to be desired, especially in its lyrical content.

The first song “Calamity” begins with a rap from Malik. He details his struggles with loneliness and feeling like he’s stuck in his own world with no support. It’s an open and seemingly honest confession from Malik, and it sets the album up as if he is going to explore his struggles.

But other than a couple songs, the rest of the album features Malik singing about relationships, love and sex. It doesn’t deliver on the themes that the opening creates. Even with the few times these songs do dive into some of those themes, it falls into the same trappings of mainstream pop albums, with stereotypical breakup and love songs.

Two highlights on the album are the songs “When Love’s Around” and “Un****witable.”

“When Love’s Around” features Syd from the band The Internet and is the most interesting love song on the album. Its lyrics explore what it means to be in love and how one person can change everything. Syd and Malik complement each other well in their styles of singing. Instrumentally, the song has infusions of funk, which fits the R&B vibe of the album. It’s smooth, replay-able and definitely the best song on the album.

“Un****witable” dives into some of the themes present in the first song. Malik sings about how fake everyone around him is and expands on his feelings of isolation. His singing on this song is some of the best on the album — along with the chorus for the song “Better.” “Un****witable” feels the most connected to what the album sets up with its opener.

Although these are the best songs, the rest of the album is good, too, even if it is mostly the same.

The only song that outright flops is “Connexion,” which features Malik’s worst singing on the album. There are two sections that completely fall flat; in one part, Malik tries to hit a high note that he can’t quite reach. In another part, he distorts his voice, but it ends up sounding like he’s trying to sing through a kazoo. It’s quite bad.

The only other song worth noting is “Sweat.” It’s a pretty good song, and Malik sings well on it. But it’s hard to shake the feeling that he’s trying to compete with Phil Collins for a spot on an 80s movie soundtrack with its electronic synths and beats.

For the most part, this album is fine. It’s a decent R&B album with a couple standouts — and only one real dud. It’s consistent in how it sounds, and it doesn’t overstay it’s welcome.

However, it feels like Malik is holding back, with most of the songs introducing something slightly new without committing to it or retreating back into some of the same lyrical traps of lovesick pop albums.

There was an opportunity here for Malik to be more introspective and personal, but he falls into the same old love song and dance.