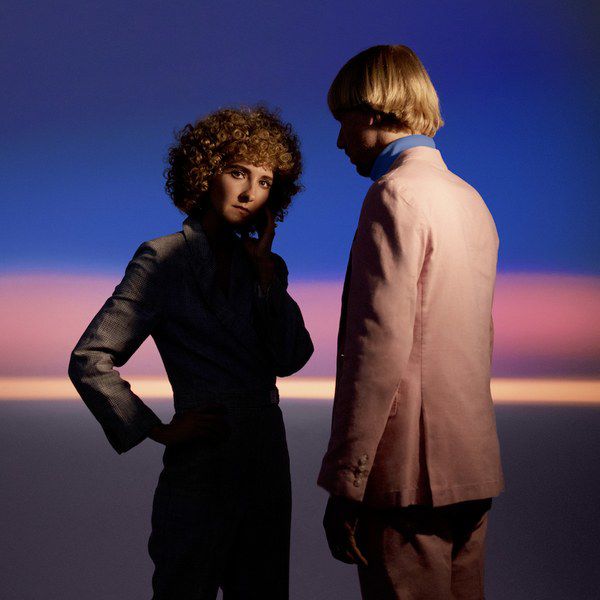 Indie-pop band Tennis released their fifth studio album “Swimmer” on Feb. 14, 2020. The husband and wife duo from Denver, Colorado formed in 2010. Their first album “Cape Dory” was released in 2011, primarily influenced by an eight-month sailing expedition that the couple took after graduating college. Since then, Tennis has amassed a cult following but has yet to grab the attention of the mainstream. “Swimmer” is 31 minutes long, with eight songs total.

Tennis has continued their dreamy lo-fi indie sound in “Swimmer” but with a catchier edge. This album is mostly an encapsulation of the romantic relationship between band members Alaina Moore and Patrick Riley. The album was released on Valentine's Day and is laced with lines attesting to the couples’ love for each other. At times, this lovebird sound can be guilty of over-indulgent pampering of mutual love but still holds its own as a well-crafted album.

This album isn’t ground-breaking or genre-bending by any means, but it carries an intimate display of true affection. Alaina Moore’s vocals throughout the album are characteristically dreamy and invokes a sense of composure throughout.

While this album primarily evokes emotions and feelings of love and companionship, it also draws from personal hardships that influence relationships.

In a newsletter, Alaina Moore discussed the album.

“Swimmer is a tour of the darkest time in our lives. But it's not a dark record. Named for the feeling of suspension and 'upendedness' that characterized this period,” Alaina said.

Many of the lyrics within this record reflect on dark times such as the death of Patrick Riley’s father. In the song “Tender as a Tomb,” Moore sings “each footstep over the concrete, tender as a tomb” in reference to the mourning period after Riley’s father’s death.

Within “Swimmer,” there are some riveting tracks. My personal favorite is “Runner,” a catchy indie pop song with a consistent groove. “Echoes” and “Need Your Love” are also great tracks that display the signature tone that Tennis fans crave.

“Swimmer” brought a lot for listeners to enjoy. I loved Moore’s voice and lyricism throughout. The instrumentation was very solid, with very few rough moments. The themes of this album were very well developed and kept the record grounded. This is a solid addition to Tennis’ discography and brings much to enjoy for fans and casual listeners alike.

While “Swimmer” was a solid project, there were some flaws to discuss. To start, my biggest criticism is that this album doesn’t bring much re-listen value and will likely be remembered as a solid addition to Tennis’ discography. It’s not ground-breaking, and it’s not a genre-defining album. I was disappointed to not hear any tonal shifts within the album and wish that Tennis could have tried to be a little more experimental with their sound. This is still a great record and deserves a listen.

“Swimmer” by Tennis is a solid project for 2020 and discusses long-term partnerships and the deeper connection created between Moore and Riley after hardship and loss. This love-filled album is a good addition to Tennis’ discography but lacks memorability. Overall, this is a great project, but it lacks the elements to be an elite album.