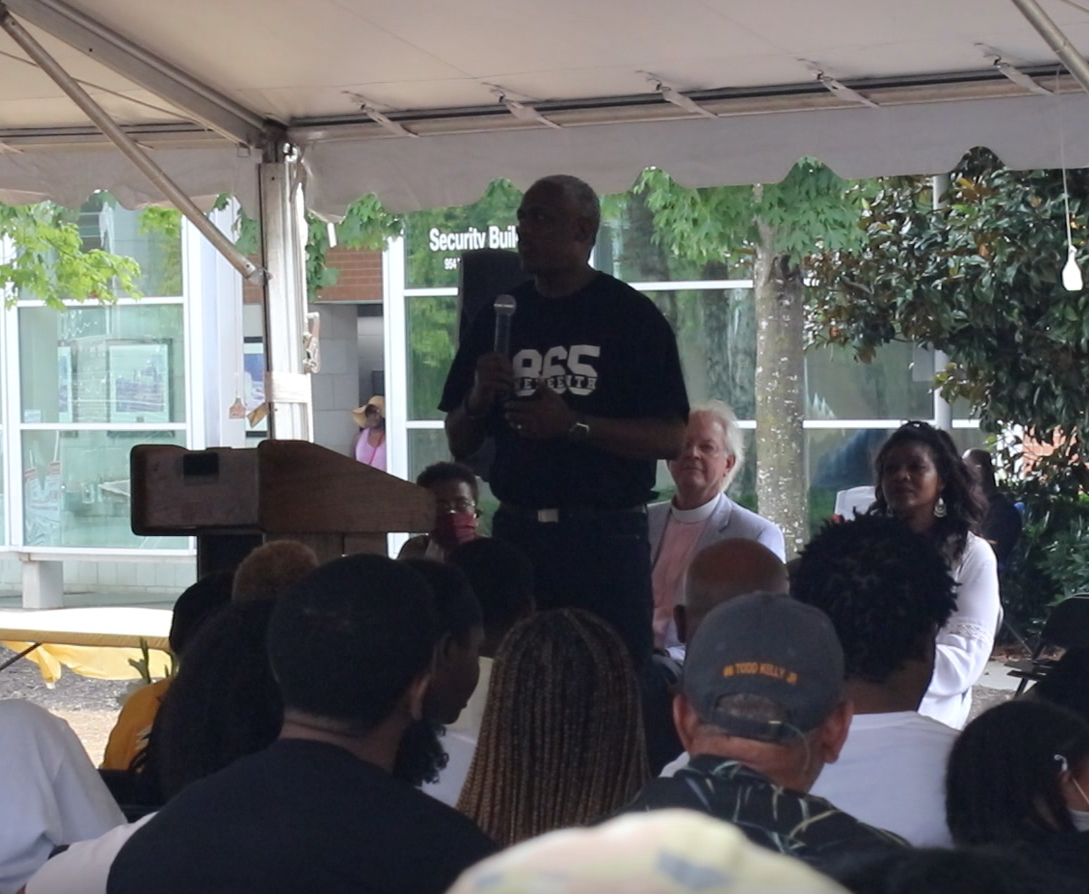 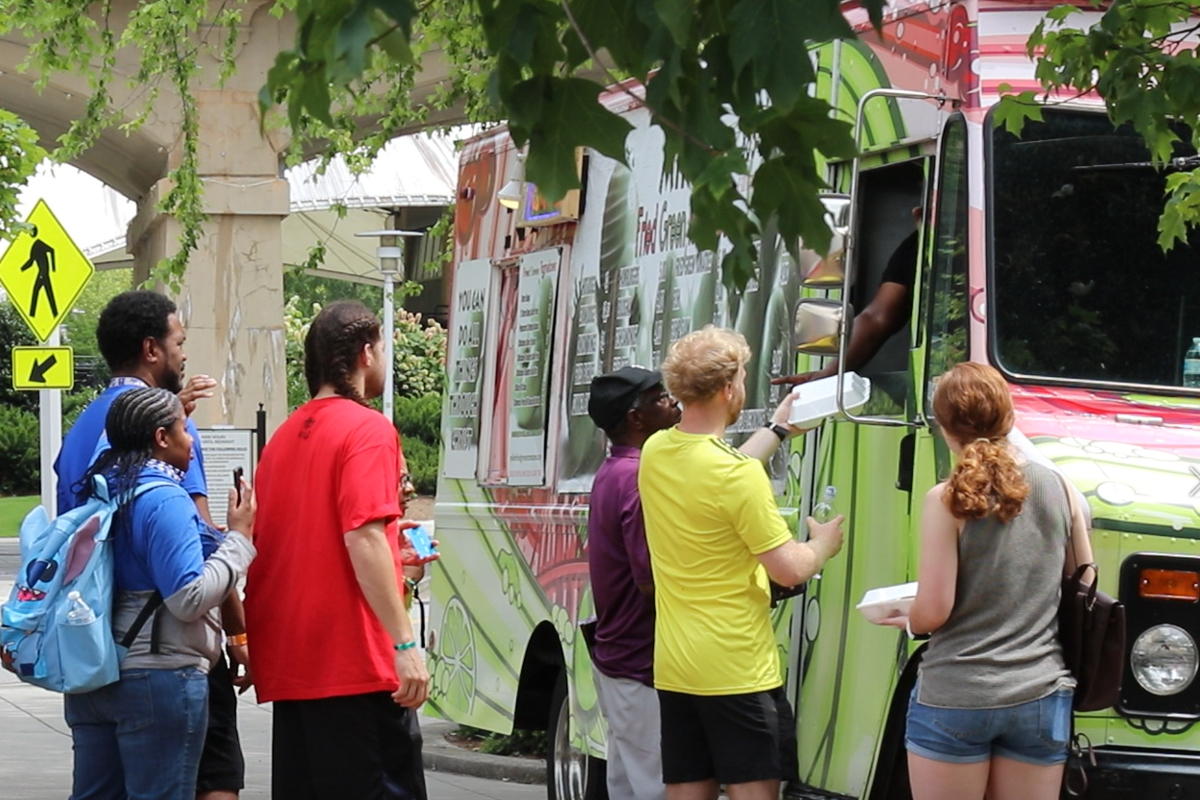 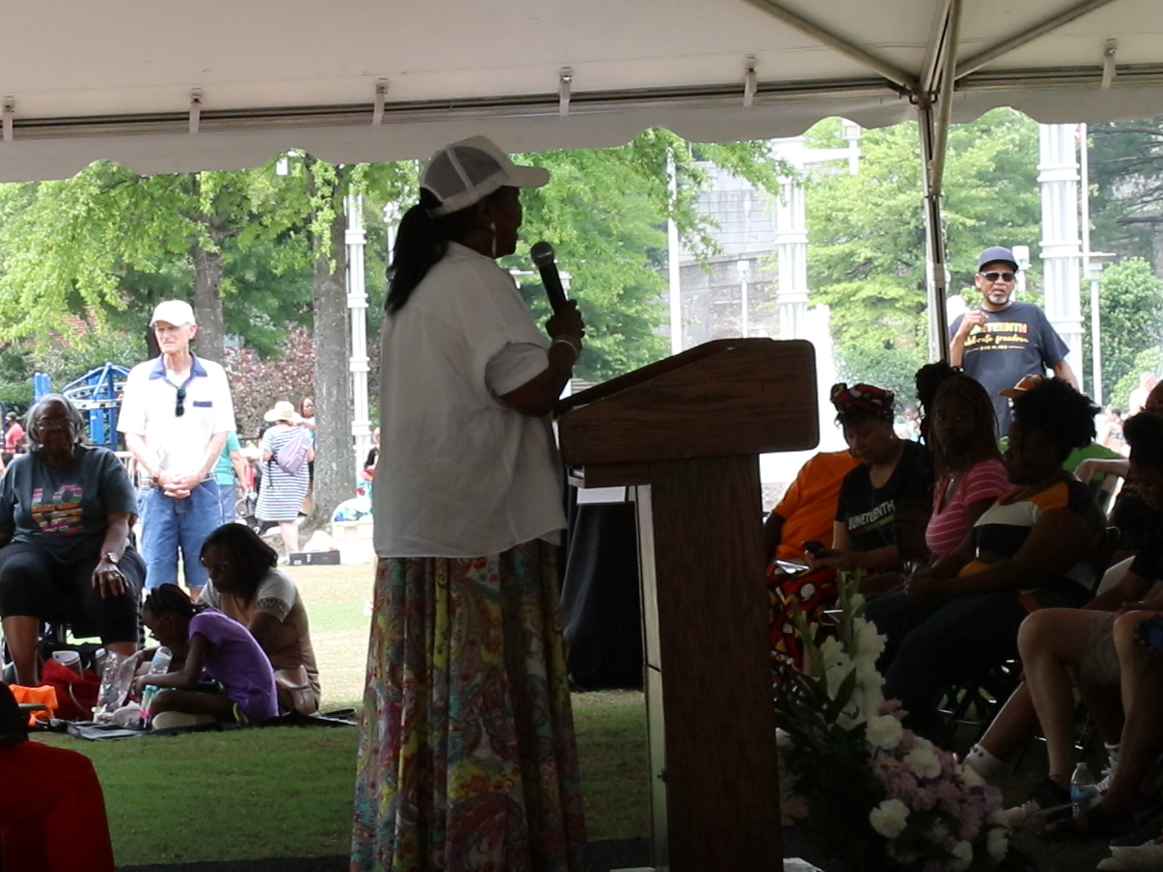 “We [the MLK Commission] actually have events every January, but because of the pandemic, we had to stretch out our activities,” said Deborah Porter, the chair of the MLK Commission. “So we end up in June with a Juneteenth celebration.”

The event included speakers, live musical performances, food trucks and a performance by the Carpet Bag Ensemble. Also at the event were booths to help newcomers register to vote in upcoming elections. Some of the backers of the event included the One Knox Legacy Coalition, the League of Women Voters, the Knoxville-Oak Ridge Labor Council and volunteers from the Grace Promise Church North. Admission was free for everyone who attended the event.

The event coincides days after President Joe Biden signed in Juneteenth as an official federal holiday.

Juneteenth commemorates June 19, 1865, when the last slaves in Galveston, Texas were emancipated. Since then, the celebration centers around African American culture and liberation.

Presiding over the event was Renee Kesler, the president of the Beck Cultural Exchange Center. The primary speaker at the event was Daryl W. Arnold, the senior pastor of the Overcoming Believers Church.

“The organization does the work of keeping the legacy and the life of Dr. Martin Luther King Jr. alive. That’s what we’re about, and we do everything to keep his dream alive and we try to involve as many people in the community,” Porter said. "All these activities we had to put on hold or do virtually. So this time, the weather was fine, we did the Juneteenth celebration and we were excited to do it this year. Even though we had to work a little bit harder to make it happen, it happened.”

Porter said that the commission invites people from the community to help make up the program. These included individuals such as music teacher Obayana Ajanaku and his drumming group of Austin-East Magnet High School students, Drums Up! Guns Down. These students are trained on drums by Ajanaku and use their music as both an outlet and as a protest against gun violence in the community.

One attendee, Deacon Otis Littlejohn, was at the Juneteenth event with his family and his poodle, Winston. He is the host of the Gospel Caravan on Gemini 99.7fm which plays every Sunday.

“We are so blessed to be down here this beautiful Saturday. The overcast skies bring the heat down a little bit, and of course the federal law was made Thursday, so very fitting,” Littlejohn said. “I feel blessed for the fact that it is a staple into history, and, since it is a federal law, you can’t erase that from the history books.”

On the future events that the MLK Commission will host later this year, Porter noted that, “The MLK Commemorative Commission is going to keep doing this, and… the legacy and dream of Dr. King will continue.”

To learn more about the MLK Commemorative Commission, you can check out their website here.