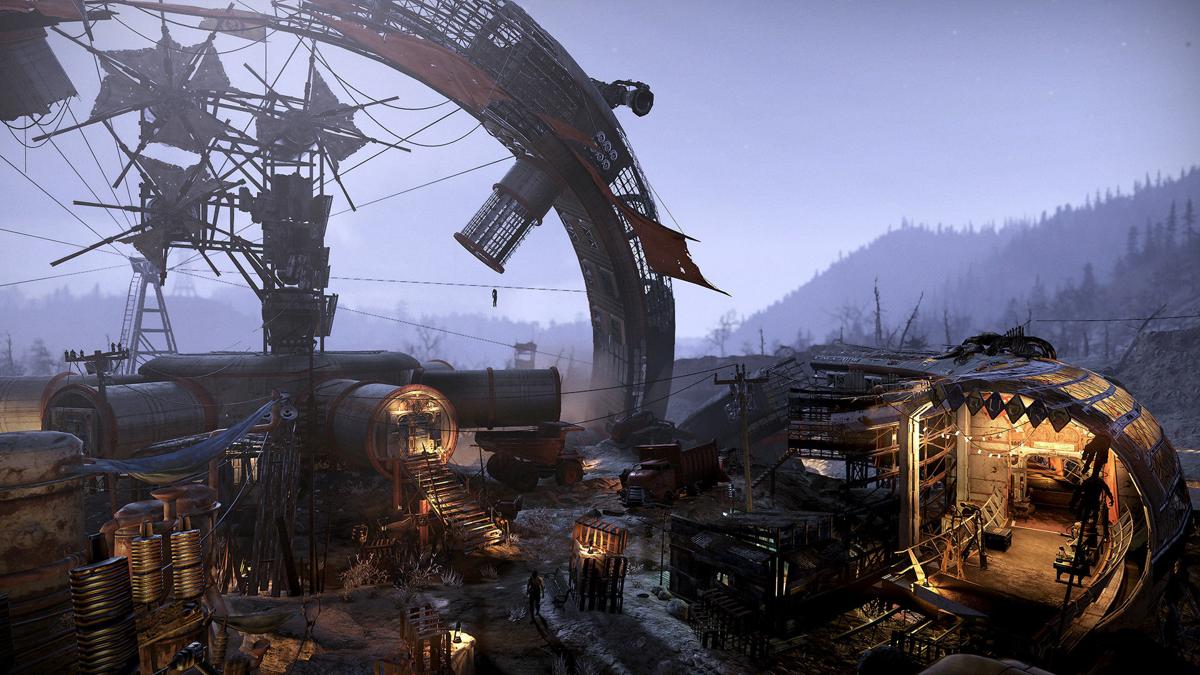 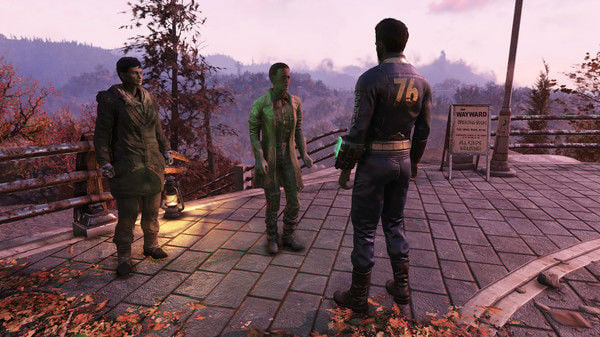 I remember when I was in middle school, me and my friends talked endlessly about one game: “Fallout 3.” We were fascinated by the world and gameplay, the dark human and inventive vision of post-nuclear Washington D.C. I also remember very distinctly of us dreaming up our ideal “Fallout” game, one in which the same freedom that was afforded in “Fallout 3” was married with the joys of playing with your buddies, exploring the wasteland.

So now we have “Wastelanders,” a free update that expands upon the game in drastic ways. It reintroduces human NPCs, dialog choices, and quests that go beyond the typical kill-and-loot structure. To put it simply, “Wastelanders” is Bethesda’s greatest response to “Fallout 76’s” criticisms. So, does the update succeed in making “76” that dream “Fallout” game? Well, a little bit of yes and no.

“Wastelanders” changes the Appalachian wasteland in a big way. People are flocking back to West Virginia, but with these new neighbors come new problems. Much of the new story in “Wastelanders” revolve around two factions, the Settlers and the Raiders, as they feud over control of the ruins of West Virginia. Naturally, your character gets caught up in the dispute and has to make decisions on who you side with.

With “Wastelanders” comes the introduction of a new dialog system that also affords player choice, and these choices do have weight on how the story plays out. From deciding on how you want to approach a quest to deciding a character’s fate, there is a surprising amount agency provided to the player on how they proceed.

While it may not afford the level of choice like “Fallout: New Vegas,” there is certainly enough to keep you invested in the story.

While the main narrative of “Wastelanders” is a little bit simple, the characters on display here are well-fleshed out and interesting to interact with. For example, while it may seem easy at first to see the Raider faction as evil, it turns out they’re more complex morally. Sure, they still take what they want by force, but they also try to hold themselves to a code of not murdering those who can’t defend themselves.

While the Settlers may represent the ideal vision of blue-collar workers joining together to rebuild a better society, the Raiders represent a more pragmatic, violent outlook. The world of “Fallout” can be a rough one, so its survivors need to be equally as rugged.

While the main quest and some side quests offer up engaging stories and quest design, the same cannot be said for the rest of the content unfortunately. Some of the side tasks you can do for either faction to improve your standing with them are daily quests. These dailies, however, get pretty old real fast. You realize that both factions cycle through the same one or two daily quest structures, and this is irritating considering these daily quests are the only consistent source of reputation experience outside of the main quest line.

Speaking of which, many of the new shiny weapons and armor in “Wastelanders” is locked behind faction vendors that will only open up their best stock once you’ve grinded enough reputation with them. It is here we see the ugly side of “Fallout 76” rears its head, with performing the same repetitive tasks in hopes of chasing down another shiny bauble. As someone more interested in unique experiences, I found this to be largely tedious work. While I am certain there are many players who will embrace the grind, I personally am not one of those players.

Overall, I would say that “Wastelanders” is a fun experience so long as you temper your expectations. I wouldn’t say that you should go out and buy this game just for this one update, but if you already have a copy of “Fallout 76”, it may be worth your time for a return to mutated West Virginia. While the update is unable to fix all of the underlying issues with the gameplay loop, it certainly puts it on the right track.

More importantly, “Wastelanders” forms a powerful foundation for Bethesda to build on and expand “76.” The possibilities of new factions and quests being added to the game certainly lends the game a brighter future.

The developers at Bethesda stuck by their guns and put out a flawed, but also impressive update. “Fallout 76” is not the dream “Fallout” game you wanted, but perhaps its at least a step closer to it now.