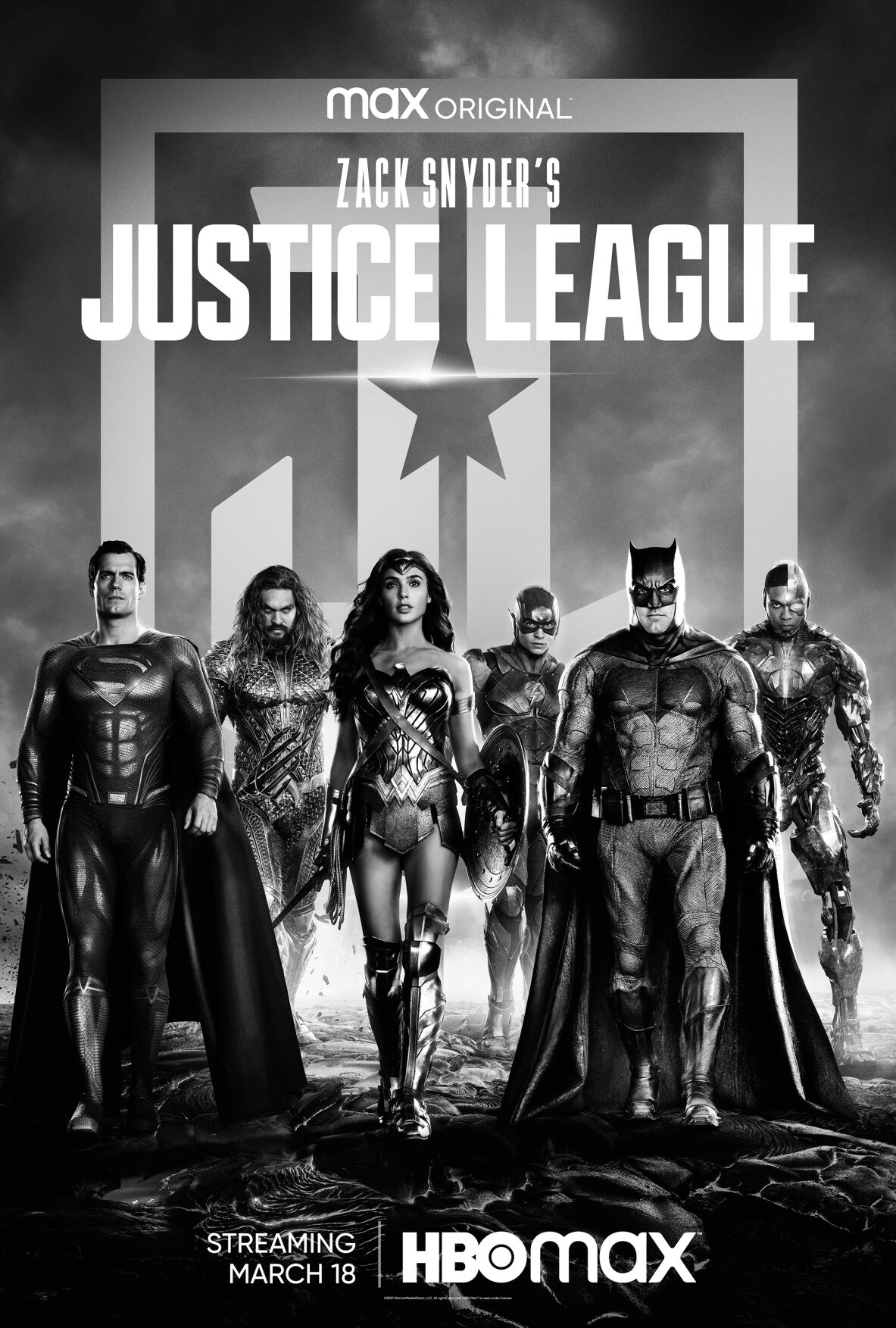 The Justice League rise like a phoenix out of the ashes.

“Zack Snyder’s Justice League” is the final, completed version of 2017’s “Justice League” by director Zack Snyder and writer Chris Terrio. It is currently available on HBO Max at no extra cost to subscribers.

The film follows Bruce Wayne as he gathers a league of heroes comprised of Wonder Woman, Flash, Cyborg and Aquaman to stop the powerful and intimidating Steppenwolf from gathering the set of seemingly magical Mother Boxes to destroy the earth.

For context, Snyder was originally set to finish filming “Justice League” in 2017, but had to step back after the unfortunate death of his daughter Autumn. Warner Bros. hired Joss Whedon to finish the film, which resulted in a messy, tonally inconsistent and altogether bad film.

Since then, Snyder reshot, reedited and revamped the film to create a final four-hour version that is a realized form of his original vision. The film is dedicated in memory of Autumn.

This is not just a new version of the old film. “Zack Snyder’s Justice League” is fundamentally a different film and an excellent one at that.

This film is an immaculate and beautiful superhero film. It tells a thorough and complete story without straying away from its comic book roots. It’s a four-hour epic that uses the entire runtime to tell its story.

Including the footage that was used before, all of the major actors reprise their superhero roles for this film.

Along with the supporting cast, they all do a great job creating realized forms of these comic book characters. It’s also refreshing to see them work as a team, which wasn’t fully present in the old version.

However, Ray Fisher as Victor Stone/Cyborg is the true breakout star of the film.

In the old version, Cyborg’s role was lessened. But in this full cut, Ray Fisher is given his time to shine. He delivers a powerful performance as the broken and weary Cyborg, who has to deal with loss and the guilt of being reborn. He is given an entire storyline filled with motivation, back story, depth and emotion. Ray Fisher brilliantly performs this role, and the movie could not work without him.

A huge difference between this new version and the old one is the storyline. For the most part, it’s the same story (this time with the full addition of Cyborg’s story). However, Snyder fully fleshes out every aspect of the plot. He gives detailed information about the villains, their motivation, what everyone is after and how it works, every character’s motivation and the overall flow of information.

Even though the film is long, Snyder’s attention to detail is worth noting, especially since it helps make the movie comprehensible and clearer to follow. It also gives the film proper emotional depth, which was severely lacking from the old cut. For example, the Flash is actually given some emotion and motivation, which helps elevate him past just being the comedic relief.

Along with this, the film is very well paced. The pacing is so good that the film doesn’t even feel four-hours long at some points. The editing keeps up with the pacing, while also being good in its own right. The film’s editing has good tempo while staying consistent within itself and everything that goes on in the film.

Speaking of consistency, the cinematography is beautiful.

The film is presented in a 4:3 aspect ratio. Snyder said that because the film was shot entirely in IMAX, this aspect ratio allows the viewer to see everything that was filmed. It takes a minute to get used to, but it works well.

Along with that, the film has some excellent shots throughout. Everything is in focus and Snyder has a clear vision in where he points the camera. He does some of his typical Snyder filmmaking, like constant slow motion. But it’s all done intentionally with the camera. Certain shots and sequences will be remembered for quite a long time in how distinct and awe-inspiring they are.

Along with this, the film finally has correct color grading. It is a dark film, with several blue overtones, deep shadows, and some excellent reds. It gives the film the desired look that Snyder wants while staying consistent with how his previous DC films are presented.

In comparison, the previous version of the film was way too bright with too many colors. Although that may sound fine in theory, it looks awful in practice. Along with that, the film wasn’t designed to be bright, so everything looks out of place in the old version. This newer version presents the film with the proper color grading, which creates an incredible looking film.

Snyder also took the time to redo the CGI and special effects from the previous cut. Several elements including Steppenwolf looked muddy and out of date in the older version, even though it came out in 2017.

Now, everything looks cleaned up and current with modern standards. It looks great and keeps with the style of the rest of the film, which helps since this film is heavy in the special effects department. For example, Steppenwolf doesn’t look like a video game monster anymore, but instead a large and imposing threat.

Finally, the score is a complete overhaul from the original. Tom Holkenborg (Junkie XL) redid the entire score. In a nearly four-hour composition, the score includes distinct themes for every character and music that fits the proper tones of the film. It’s an incredible piece of work in its own right.

At the end of the day, it did not matter if this film was good or bad. This film is significant because it represents the perseverance of an artist’s vision. Nothing has ever been done before on this scale and it stands as a testament to Zack Snyder and creators everywhere.

As an artistic achievement, “Zack Snyder’s Justice League” is a perfect film.

Outside of that, “Zack Snyder’s Justice League” is a fun, dark and well realized superhero film. It might not reach the heights of the handful of comic book films that have risen into the realm of high art, but it gets very close. Just about every element works together to create an interesting and memorable experience.

That being said, it is still a superhero film at its core. It has some of the same conventions and plot elements that nearly every superhero movie has. Where it stands out is in how deep it goes into those elements while making sure that the audience is kept up to speed. But for those looking for something more than that, this film isn’t that. However, it presents those elements in an excellent way.

If you didn’t like or care for the older version (outside of it being bad), then you probably won’t like this version any better. But for those who are curious or are DC fans, watch this movie. It’s worth the four-hour runtime, and you can stop and take a break at any time.

Watch it for Zack Snyder fulfilling his creative vision. Watch it to experience a once-in-a-lifetime film. Watch it for Ray Fisher’s Cyborg finally getting the screen time he deserved.

Watch it for Autumn Snyder.