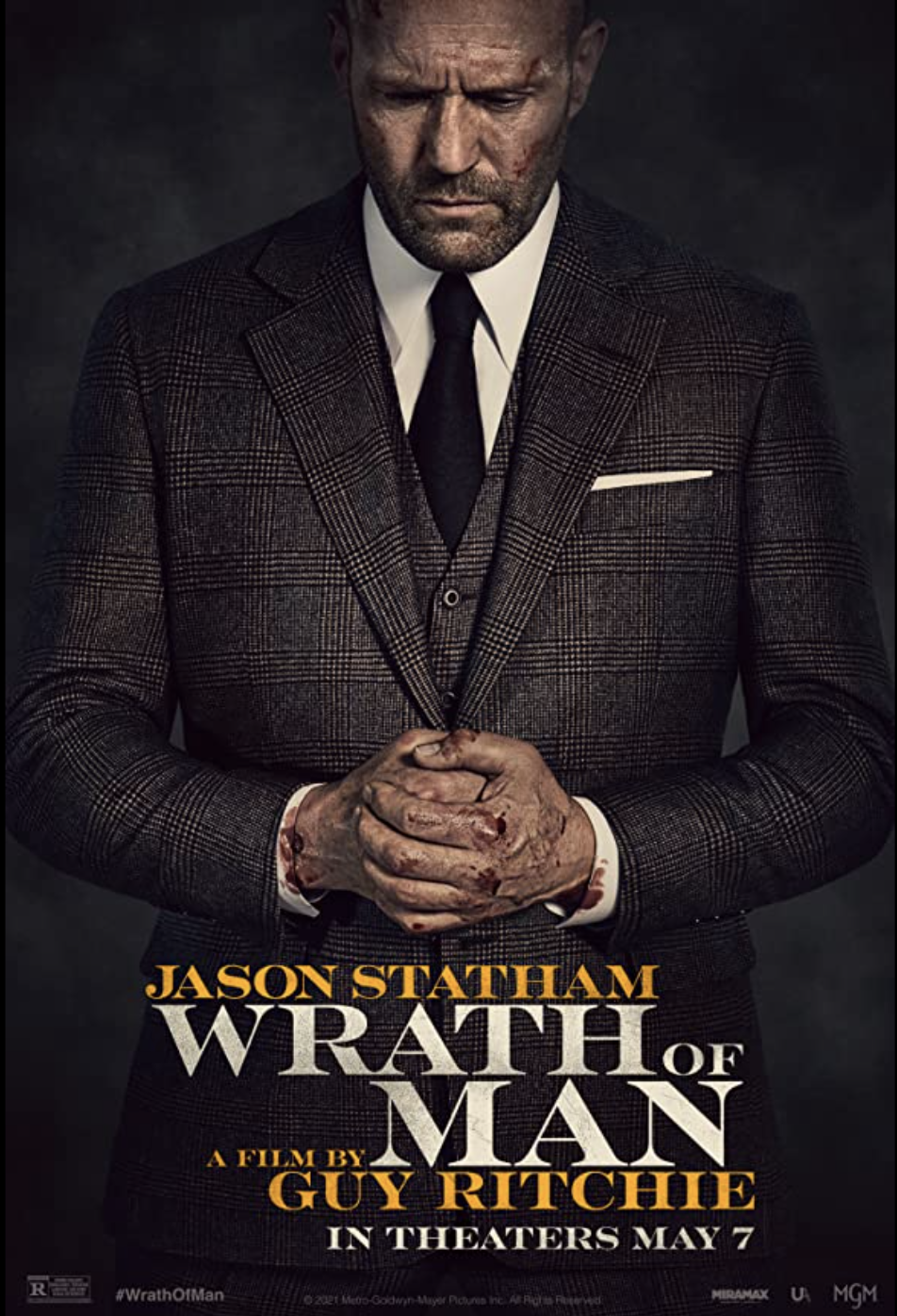 The wrath of man keeps this movie from being better.

“Wrath of Man” is the most recent film from Guy Ritchie, whose work includes “The Gentlemen” and the “Sherlock Holmes” films with Robert Downey Jr.

Guy Ritchie wrote this movie along with Ivan Atkinson and Marn Davies. It is a remake of a French film called “Le Convoyeur” (or “Cash Truck” in English).

The film follows Patrick “H” Hill as he joins an armored truck company that specializes in transporting money. His coworkers soon find out that he is much more qualified than he led them to believe, revealing a web of lies with the death of his son at the center.

“Wrath of Man” is a good movie that thinks it’s better than it is. Although most of the film is well done, the story, structure and themes try to make a simple film grander than it actually is.

Jason Statham stars as Patrick “H” Hill and he does a great job. He does the typical Jason Statham routine, but it works for this film. He’s great when he throws out quips, needs to brood and take out the bad guys. This is the kind of film that knows how to utilize Jason Statham well.

The rest of the cast does a great job as well. Some notable performances include Holt McCallany, Josh Hartnett, Jeffrey Donovan and Andy García. They and the rest of the cast do a good job at making each character feel distinct even when they aren’t given enough to work with. Also, Scott Eastwood is in this movie. It might be his best performance, but that’s not saying much.

The technical aspects of this film work well and the cinematography is good. It’s simple, but there’s a clear sense of where the camera is and what it’s showing. This works best in the action sequences of the film, as the film never became disorienting during the firefights.

Along with that, the general editing was decent. There were a few instances where it tried to do something different, which resulted in the film quickly cutting to something before cutting back to the scene. That aspect wasn’t great, but everything else was fine.

One last note: the score for the film was fine. It worked well by providing a foreboding and ominous feel to the film, especially with the main theme. But it wasn’t anything to really write home about.

All of these aspects were done well within the film. Unfortunately, the movie falls flat in the story department.

The overall story of this film is average; it’s a straightforward revenge film with some deeper truths that get revealed. It’s pretty clear and concise as to what it is and what the goals are. This aspect of the story is great.

However, the film tries to present itself in a non-linear fashion, which is both good and bad. It’s good because it makes the film more interesting, as it holds some of its cards back to make the reveals hit harder. However, it’s bad because it breaks up the flow of the film. It’s hard to describe, but the movie could potentially work better with some restructuring. Overall, it’s fine.

Finally, there are a few themes that the film tries to present, but they aren’t handled well. It tries to be a movie about primal struggles between beasts, which is somewhat conveyed in the opening of the film. It’s also about the lengths that people will go to protect or avenge their family. However, the film never dives deeper into these themes, so they end up feeling shallow and tacked on.

Ultimately, this is a film with a simple story that tries to make itself appear more complicated than it is. It also feels like Guy Ritchie was trying to make a Michael Mann movie, but he doesn’t quite reach the same level that Mann can achieve. There’s some bravado in the direction, but it can’t match the realism and nature of something like “Heat.”

At the end of the day, “Wrath of Man” is a decent movie that tries to be a serious action film, but it just doesn’t fully stick the landing. With great performances, good technical execution and a decent story, it mostly gets the job done.

With some restructuring, it might have been a better film. But, as is, it’s a good revenge film at its core.