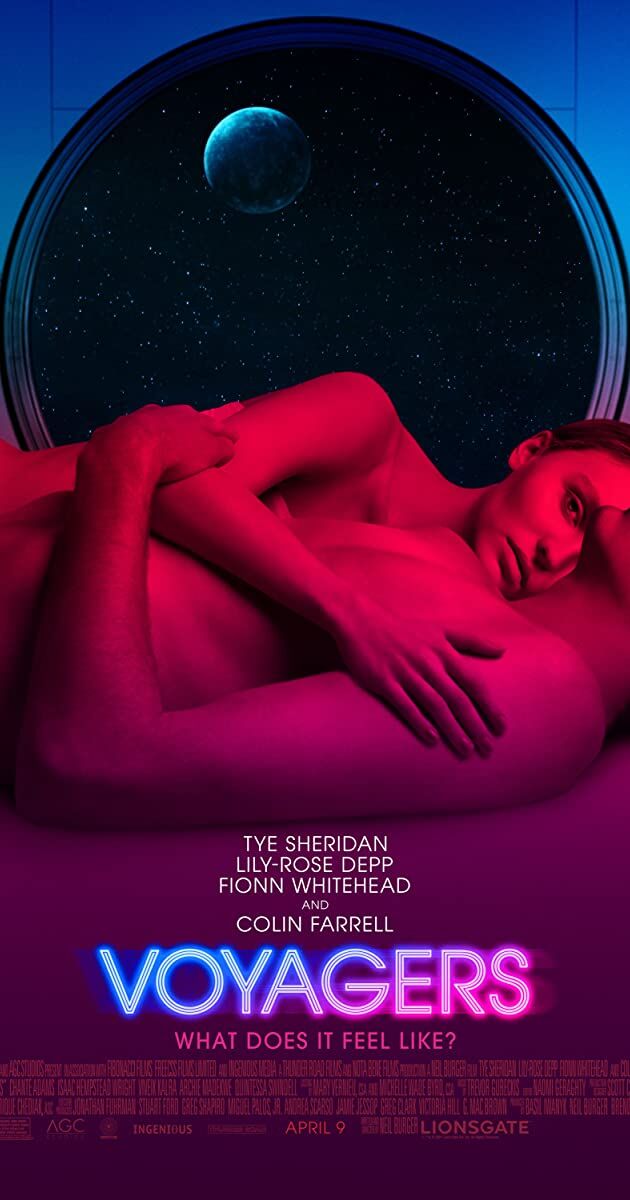 Humanity devolves into tribalism, but in space.

That is the basic premise of the movie “Voyagers.” The movie is written and directed by Neil Burger, who also directed “The Upside” and the first “Divergent” movie. It is currently playing in theaters.

The film is about a group of people who must lead a long-term space voyage to a new planet as earth becomes uninhabitable. However, the situation goes awry once they learn that they are being drugged to suppress certain feelings and desires. After they stop taking the drug, the crew resorts to elements of tribalism to maintain survival.

“Voyagers” is a clean and mostly sound film. However, it’s way too docile in its execution for it to leave any lasting impact.

The film has a pretty large cast. The main stars of the film are Lily-Rose Depp as Sela, Tye Sheridan as Christopher, Fionn Whitehead as Jack and Colin Farrell as Richard.

Fionn Whitehead gives the only notable performance. As the film progresses, Jack becomes the main antagonist of the film. He is very energetic and fun to watch as he terrorizes the rest of the crew into following him. Plus, the movie does a good job at making him unlikable.

Everyone else in the film is fine, but their performances are too calm and emotionless for what the film is trying to be. They can’t keep up with Whitehead’s villain and it shows.

The general writing of the film is pretty good. It follows a clear structure and there isn’t any terrible dialogue. However, the events of the film are predictable. The twists and turns can be seen from a mile away.

The cinematography is good as well. The lighting is pretty consistent and there was some good shot composition. There were a few instances of annoying shaky cam during a couple sequences, but it wasn’t egregious.

Along with this, the film is well edited. It keeps a good tempo and presents the film in a cohesive manner. There were a few sequences that used some unique techniques, specifically when the characters began to regain sensations after removing the drug from their systems. But they weren’t used enough in the film, so they left only a fleeting feeling.

Finally, the score of the film is okay. It’s a sinister sounding score with some decent instrumentals. Unfortunately, it mostly just blends into the background of the film. It’s not bad, just forgettable.

“Voyagers” is a film that has everything going for it. There isn’t anything inherently wrong with it; most of the technical aspects of the film are good and it has a good cast. But it doesn’t deliver in creating a memorable experience.

On paper, this film sounds pretty great. It’s basically “Lord of the Flies” in space, with a young crew that must keep order amongst themselves. Along with this, it sets up this idea that once the characters can eliminate this drug from their system, their full range of emotions, sensations and desires will be set free.

Where this movie falters is in its direction and performances. Besides Fionn Whitehead, every performance in this movie is too calm and boring for what the movie sets itself up as.

It wants to be part horror film, part energetic thriller and part exploration of human instincts. But the performances and overall direction betray these goals. This creates a low energy film that desires to be a high-stakes thriller.

Ultimately, this is the movie’s downfall. “Voyagers” ends up as a boring and predictable, albeit competent, movie with high-stakes and low reward.