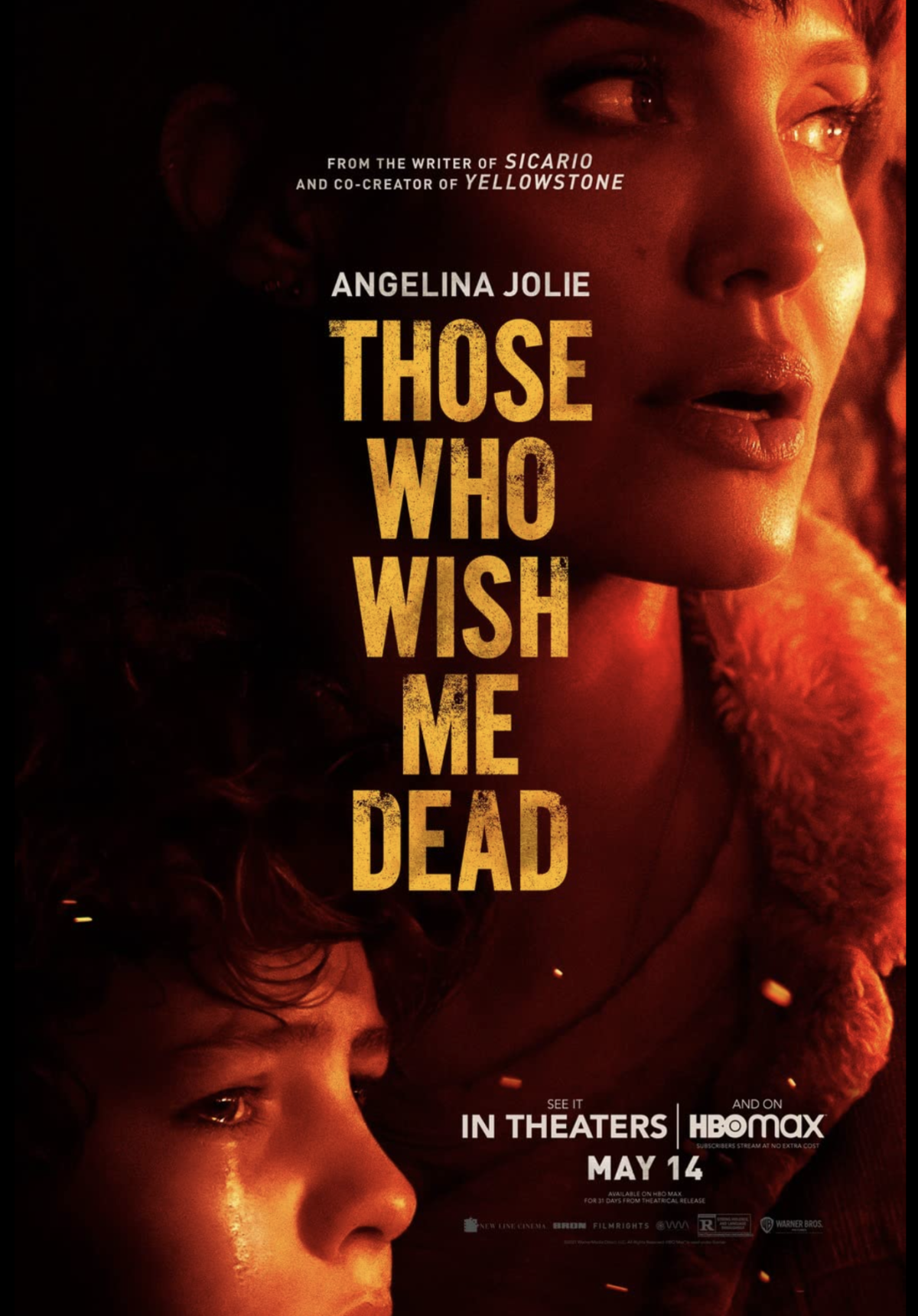 “Those Who Wish Me Dead” is the most recent film from director Taylor Sheridan, who previously directed “Wind River.” It’s written by Sheridan along with Charles Leavitt and Michael Koryta, who wrote the book of the same name that the movie is based on. It was released in theaters and on HBO Max for a limited time.

The movie follows Hannah Faber, a firefighter and smoke jumper in Montana. During her shift, she runs into Connor, a boy running away from two assassins that are chasing after him. Together, they must make their way through the forest before the assassins catch up to them.

“Those Who Wish Me Dead” is a competent film that never fully ignites. Although everything is technically sound, the story and characters don’t grab the audiences’ attention the way they need to create a thrilling experience.

To start, this film has a great cast. Angelina Jolie stars as Hannah and she does a good job. Her best moments are some of the smaller scenes of her dealing with the mental trauma and stress that her job has created. She does well in the role, but her character feels somewhat surface level in other aspects.

Alongside her is Finn Little as Connor and his performance is good. As a child actor, he does well enough for the movie, but outside of a few scenes he doesn’t deliver precisely what his character has gone through. He’s good, but not compelling enough.

Finally, the film has Nicholas Hoult and Aidan Gillen as the assassins and Jon Bernthal as Sheriff Ethan. These three roles offer some of the better performances in the movie, especially Bernthal, who is playing a police officer again. Along with the rest of the cast, they do a great job in providing what the film needs them to deliver.

The technical aspects of this film are great. The cinematography, editing, sound and special effects are really good. There was nothing that stuck out as bad. Everything worked exactly as they needed to, which helps in making the movie watchable.

But the main problem with the movie is the story. It’s not terrible, as it is comprehensible, simple and easy to follow. But there just aren’t many steps taken in making it engaging to watch.

Generally, the flow of information is good. Characters reveal and hold back information from others quite well. However, there are some points in the movie where characters will drop a truth bomb on someone seemingly out of nowhere. It ends up creating an awkward scene that feels distant from events that just happened.

Along with that, there is some information that is completely withheld from the audience, such as why the assassins are tracking down the kid. In theory, this can work well, as it can add suspense due to the lack of knowledge. However, other characters constantly allude to what’s going on without formally discussing the situation. Because of that allusion, it feels like there’s no purpose behind the action.

Finally, there are some decisions made in the film that are a little baffling, like starting a forest fire or leaving a messy crime scene. In the end, these little moments become annoying and make the film seem like it doesn’t know what it’s doing.

“Those Who Wish Me Dead” is okay. For the most part, it gets the job done. Although it’s technically solid and most of the performances are good, it can’t help from being an uninteresting thriller.

If this movie was a firefighter, it would be great, because it extinguished any excitement while watching it.