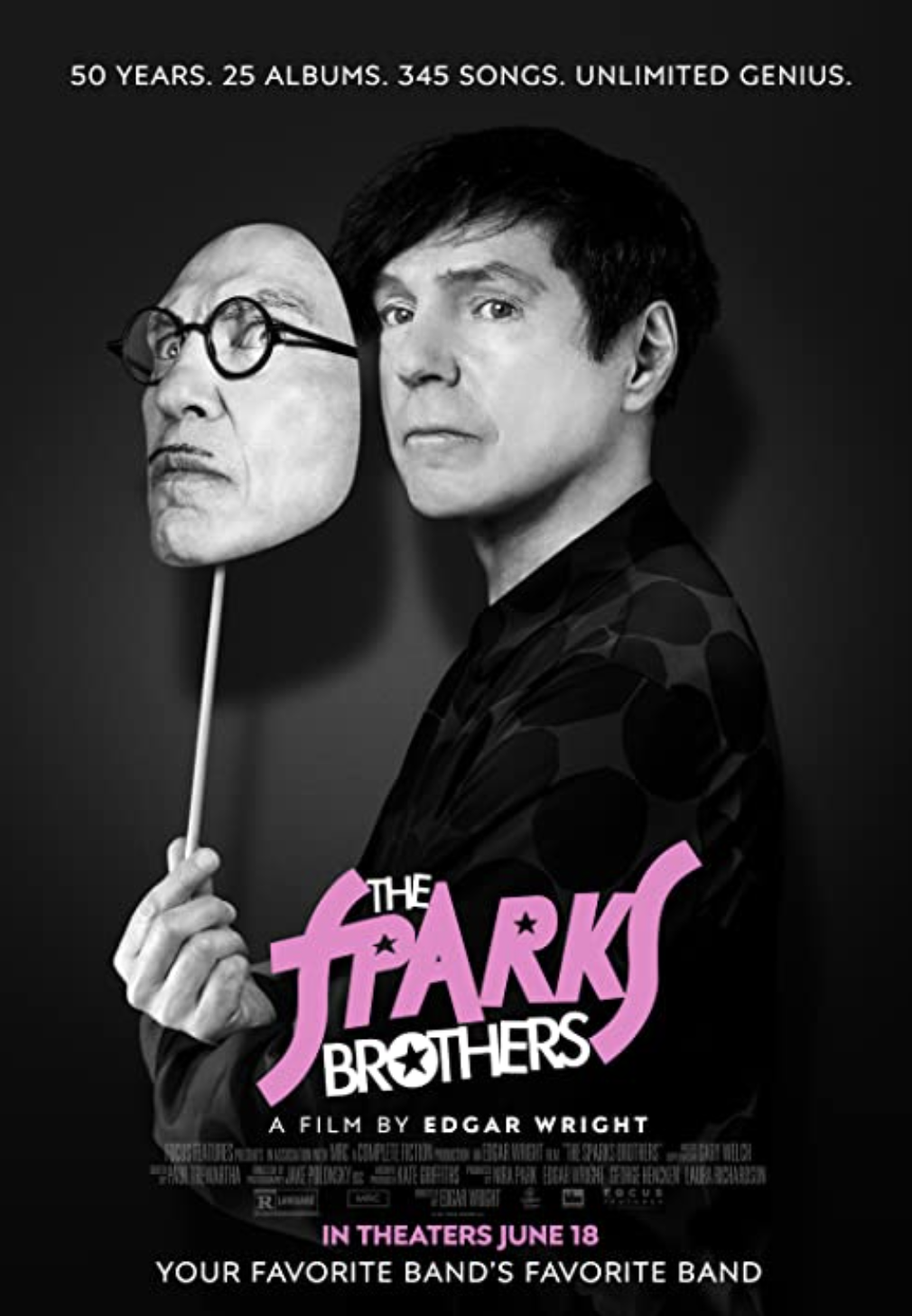 How do you capture the history of a band that lives in the obscure? With style and through the mind of Edgar Wright.

“The Sparks Brothers” is a documentary by director Edgar Wright, who also directed “Scott Pilgrim vs. The World” and “Baby Driver.” This is Wright’s first documentary.

The documentary chronicles the band Sparks, which is comprised of brothers Russell and Ron Mael, along with various musicians in the band at different times. Through interviews with musicians, filmmakers and the brothers themselves, the film showcases the 50-year history of the band and the 25 albums that they have created during that time.

“The Sparks Brothers” is a wonderful documentary that captures the unique qualities of Sparks. It’s hard to fully grasp the nature and scope of something as expansive as the band, but Edgar Wright does a great job at focusing on the essential information and songs for audiences.

In terms of narrative, this film is greatly interesting and a true showcase of a band that not a lot of people know about. It’s fairly simple, as it chronicles the brothers’ childhood, their initial interest in music and their entire career trajectory afterwards. It discusses the successes and the failures of the band, while consistently showing how they always stayed creative and true to themselves.

The documentary accomplishes this by using three types of footage: interviews, archival footage and animation.

The interviews are all shot similarly. They are captured with two different cameras: one that places the subject in the center of the frame and one from the subject’s side. It works well by giving it the feeling that the interviewees are speaking directly to the audience. It is also shot almost entirely in black and white, which helps differentiate them from archival footage while allowing for some experimentation at different points.

The archival footage is split into different pieces. Throughout the movie, there are photos, interviews, concerts, TV performances and film footage shown, the latter of which is used for either narrative purposes, references or jokes.

Finally, the film showcases various styles of animation. It switches from 2D animation to stop motion and even photo collages throughout the film’s runtime. It gives the film brevity compared to the rest of the footage, along with a sense of creativity.

All in all, these three types of visuals blend well within one another, allowing the viewer to grow accustomed to which piece of footage is which. They are edited nearly seamlessly into each other, providing an easy to grasp and understandable format that stays fresh throughout the movie.

Speaking of which, the editing is quite superb. Along with piecing all of the footage together, the editing in this film allows for different visual gags and sensory information to be conveyed in a clever manner. There are several small details thrown on screen that rewards attentive viewers, like specific word definitions placed underneath song titles.

Working hand in hand with the narrative structure, the soundtrack is killer, providing an essential and brief snapshot of the band’s output. It features some of the best, creative, influential and definitive songs from the band. It offers a nice teaser of their discography while showing how versatile and adaptive their sound is.

Throughout this review, you’ve probably been wondering why you should care. Why did Edgar Wright make a movie about a band no one knows? What have they done that’s so good? What is Sparks?

All of that and more is captured wonderfully in “The Sparks Brothers.”

Even if you only see the documentary because of Edgar Wright, you will walk out afterwards feeling like you have been let into one of the best secret clubs that has always been right in front of you this whole time.

If you weren’t a Sparks fan beforehand, you will be after the credits roll. If you already were, then this film will further cement your love for the band.