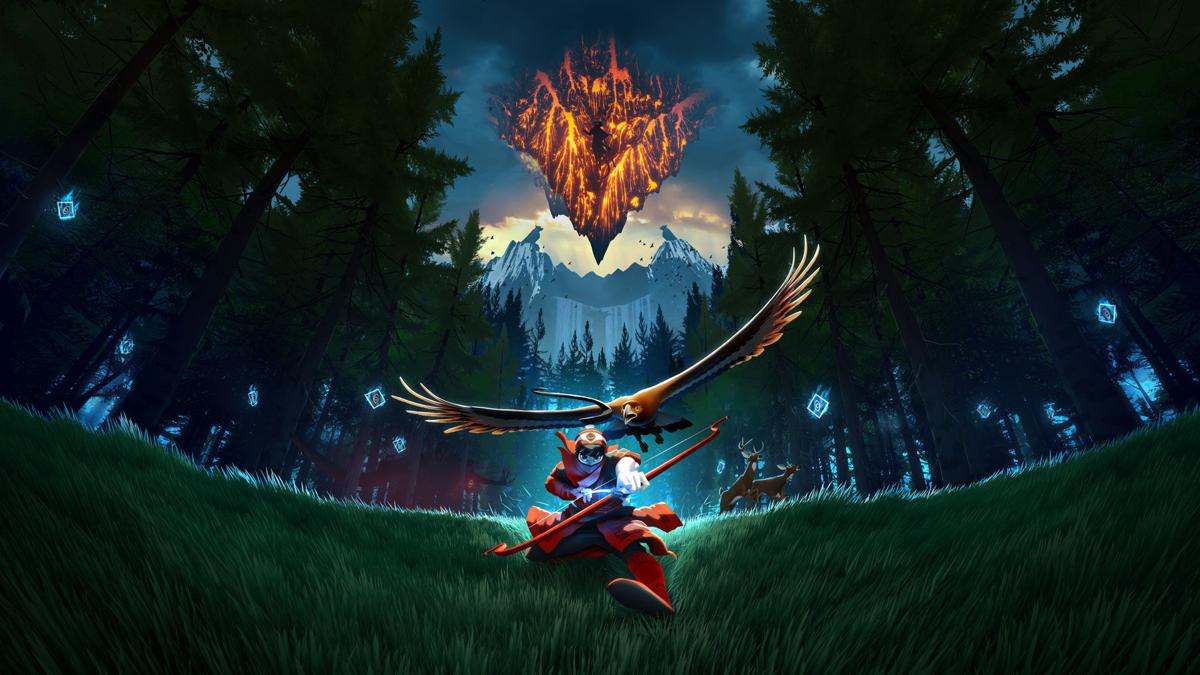 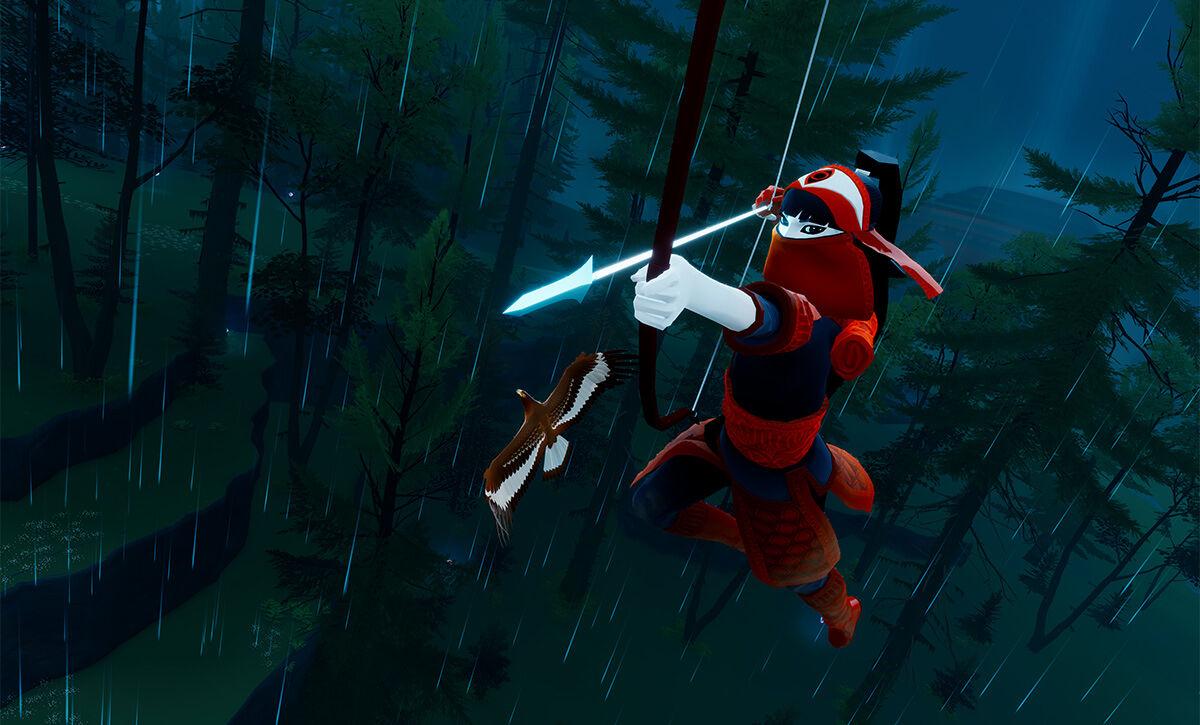 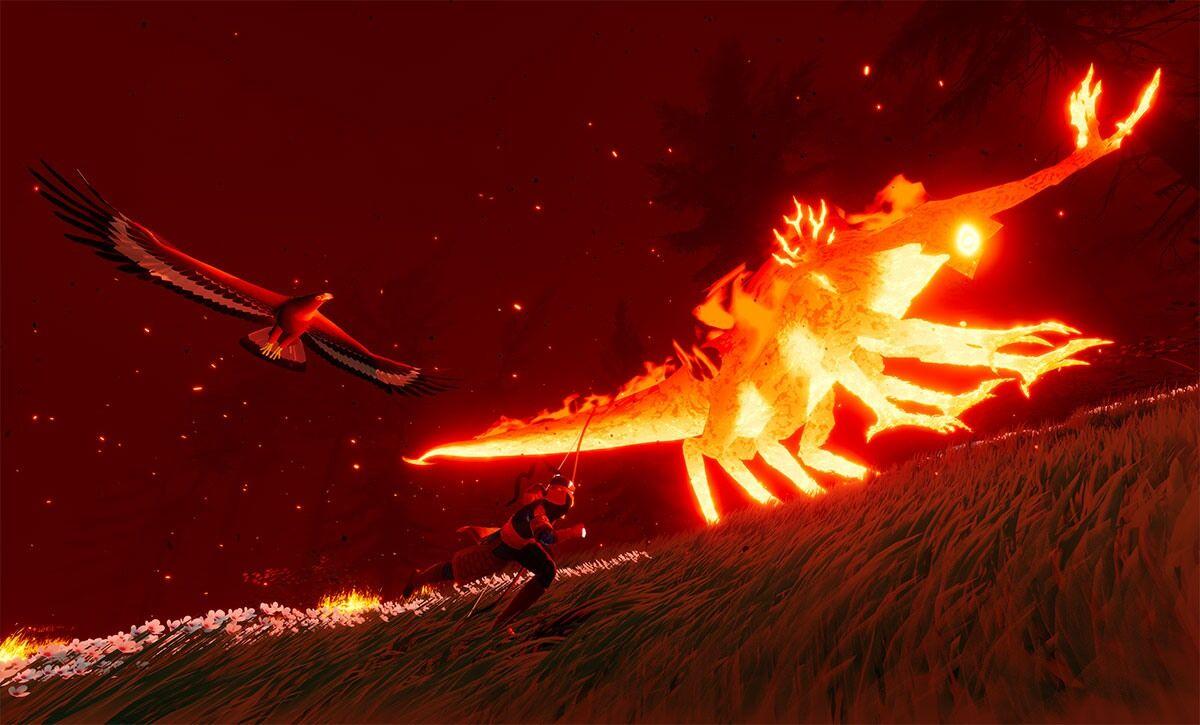 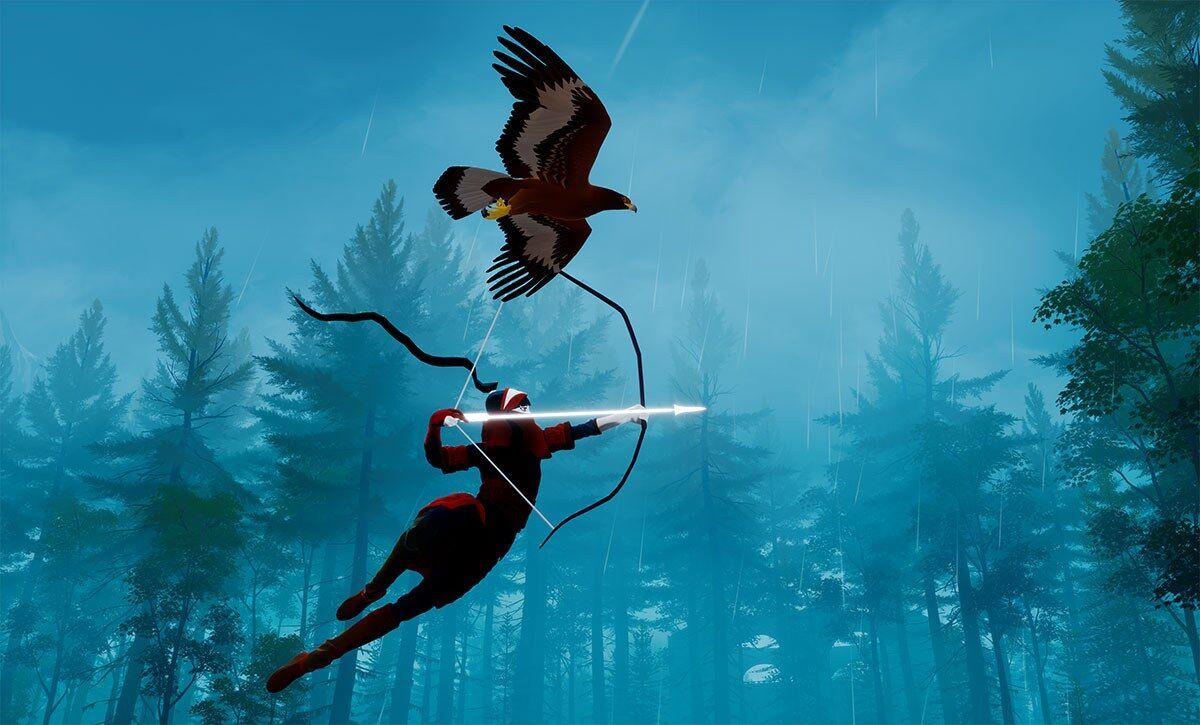 In modern games, many have grown accustomed to tons of tutorials, built-in guides and tips that help players find their way from objective to objective. The Pathless, the newest game from indie developer Giant Squid, takes all of these helpers and throws them in the garbage.

In The Pathless, players take control of the Hunter, a master archer on a quest to destroy a great darkness that has spread quickly over the world. After arriving on the mysterious island that the darkness calls home, the Hunter must team up with a newfound eagle companion and bring light back to the world.

The Pathless is a game that revels in telling players as little as possible. From the second you hit start, you’re told the bare minimum: the basic controls. From there on out, players are given almost no guidance at all. Though this can be intimidating or off putting at first, The Pathless does an amazing job of guiding players without them even really knowing it.

After a few minutes in game, players come across a visor that will scan the area around them, showing off evil presence or any other weird energies. Using this allows players to see objectives, puzzles or challenges without the use of a map, markers or any other clear indication. This makes every single discovery in-game feel more significant than they would have otherwise.

Though story isn’t the most important aspect of The Pathless, the team at Giant Squid still did a fantastic job of scattering traces of a compelling one throughout the world. Very little is actually told to you, but small anecdotes and pieces of world building are scattered throughout the island on tablets and in the tales of lingering souls.

Without ever really knowing everything that is going on, players are given just enough to pique their interest and become enthralled in The Pathless’ world.

At its core, The Pathless is a puzzle game with a coat of action/adventure paint. Aside from a few tense boss battles, there’s no combat in the game. Instead of slaying enemies, players must search for puzzles hidden around the island. Once found, they must figure out a way to free a number of charms from the darkness. These charms are used to light up towers that weaken each area’s boss enough for the Hunter to purify them.

Just about every puzzle in The Pathless was clever and gives players a run for their money. Sure, some are relatively straight forward, but others will have you stumped for longer than you’d be willing to admit. None of them feel cheap, however. Once you actually end up solving them, the feeling of accomplishment is worth every second spent cursing the developers for coming up with a puzzle so obtuse.

No matter which platform you play it on, The Pathless is an absolutely beautiful game. Giant Squid has done a masterful job crafting a stylized world that can look both good on an iPhone through Apple Arcade, and stunning running at 60 frames per second on a PlayStation 5.

Composer Austin Wintory has crafted a masterful score to go along with the game. Every second spent running through the island is accompanied by some of the most gorgeous music ever put in a video game, which is saying a lot.

Luckily, The Pathless also plays extremely well. Running around the island while firing arrows all over the place is an absolute joy, thanks most especially to how well the Hunter controls. Slinging arrows form target to target feels almost perfect.

There were, however, a few times that it felt impossible to hit exactly what you were aiming for. Though the auto-aiming for the bow works most of the time, it feels like there should be a way for players to aim directly at what they want for certain puzzles.

Though The Pathless is only a few hours long, it has proven itself to be one of the best games on PlayStation 5 at launch (and on Apple Arcade). With gorgeous visuals, challenging puzzles, interesting world-building and a moving score, The Pathless is a must play for anyone who considers themselves even remotely interested.