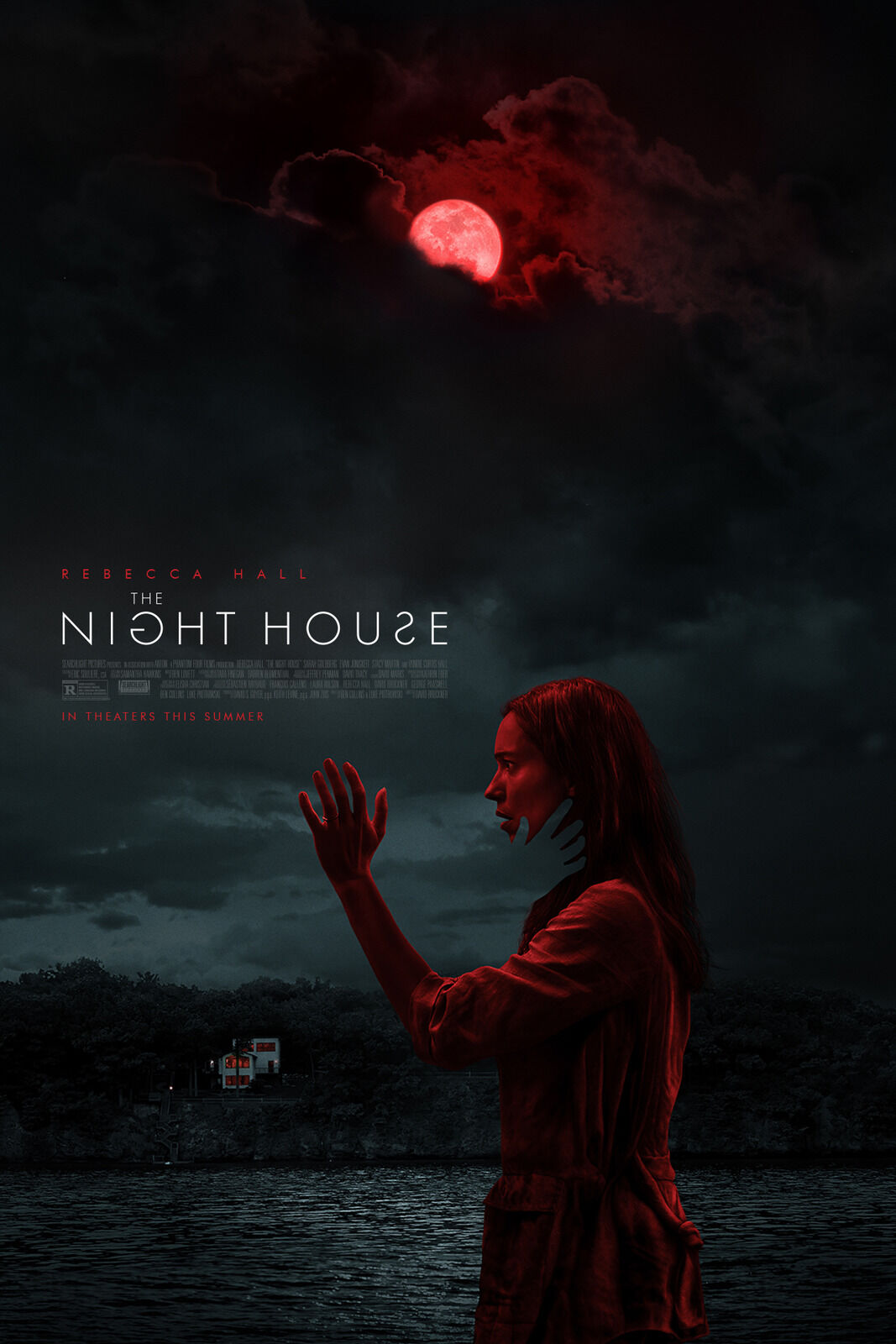 “The Night House” is a psychological horror film directed by David Bruckner, who also directed “The Ritual” and “V/H/S.” It was written by Ben Collins and Luke Piotrowski, both of whom wrote the films “Stephanie” and “Super Dark Times.”

A quick warning, the film deals with topics of suicide and abuse.

The film follows Beth, a teacher trying to process grief after her husband died of suicide. She continues living in the house that he built, until she begins to have recurring nightmares that feel too real. Now, she questions her own mental well-being as well as the life her husband lived.

“The Night House” is a good horror film with an incredible lead performance. It might get lost in the stream of haunted house movies, but it remained interesting and frightening until the very end.

The film stars Rebecca Hall as Beth, and impressively, she stays on screen the entire time. She shows incredible range throughout the movie, going from grief to light sarcasm to terror naturally. She alone elevates the movie because of her performance.

The two other main characters are Sarah Goldberg as Beth’s friend, Claire and Vondie Curtis-Hall as Beth’s neighbor, Mel. They both give great performances, especially in reaction to Beth. They try to keep her going while being there for her when she needs it. They deliver fairly warm performances, which is different from most horror films.

The main plot line flows smoothly, creating a consistent pattern of events. It is a little predictable at times, specifically in terms of when the scary sequences of the movie take place. But, the movie takes some interesting turns to help it stay fresh.

However, there were a few times where the film presented something a little more esoteric without really diving into it. It almost felt like the movie was showing something before asking, “What does it mean?” without caring about what the answer was. However, it circles back to most of those elements well enough to give them purpose — even if it remains pretty baseline.

There was a moment near the end where it became clear that the movie could have made a specific decision for its climax, which would have undermined everything leading up to it. Fortunately, the movie went in a different direction that kept the movie consistent with the events in the film.

In terms of horror, this film creates a dense atmosphere within the house, with a feeling that something feels out of place in every scene. However, the film relies on some jump scares to try and frighten the audience.

One of the jump scares works effectively, but the rest of them felt a little cheap. The air of mystery and psychological manipulation elements, as well as the atmospheric side of the film, more than make up for the more underwhelming horror aspects.

The cinematography adds to the psychological horror. There are many well composed shots, indicating that something else might be taking up part of the frame. These occur throughout the movie, always keeping the audience on their toes by focusing on the visual aspects of the film. It’s a good detail that adds to the experience.

The editing is also great — mostly due to its consistency within the film. It remained unnoticed, which is why it works so well. The few times the editing was noticeable were towards the end of the film, where it cut between a few different shots simultaneously to convey specific information that won’t be spoiled here. It was a great usage of editing.

Finally, the music in the film is fine. There was a song used that fit the tone of the film as well as the story elements. Other than that, the score was forgettable, mostly fitting into the background of the film. It works for the tone and setting, but it took me halfway through watching to realize that there was a score. However, the sound design is great — focusing on the natural sounds of two people living in a house that is only occupied by one person.

“The Night House” is a great horror film with an excellent lead. It’s focus on atmosphere, psychological manipulation and performance make the film worth watching. It nearly falters towards the end, but it salvages itself to create an interesting climax.

There were a few elements that nearly felt pointless, as if the film included elements just for the sake of showing something weird. However, it ultimately created a decent psychological horror that uses what it has at its disposal — even if it is to the bare minimum.

The movie does enough to stay interesting, even if it might get thrown into the pile of other haunted house movies. But that would only be a slight mischaracterization of this film. At the very least, Rebecca Hall’s performance is worth watching.