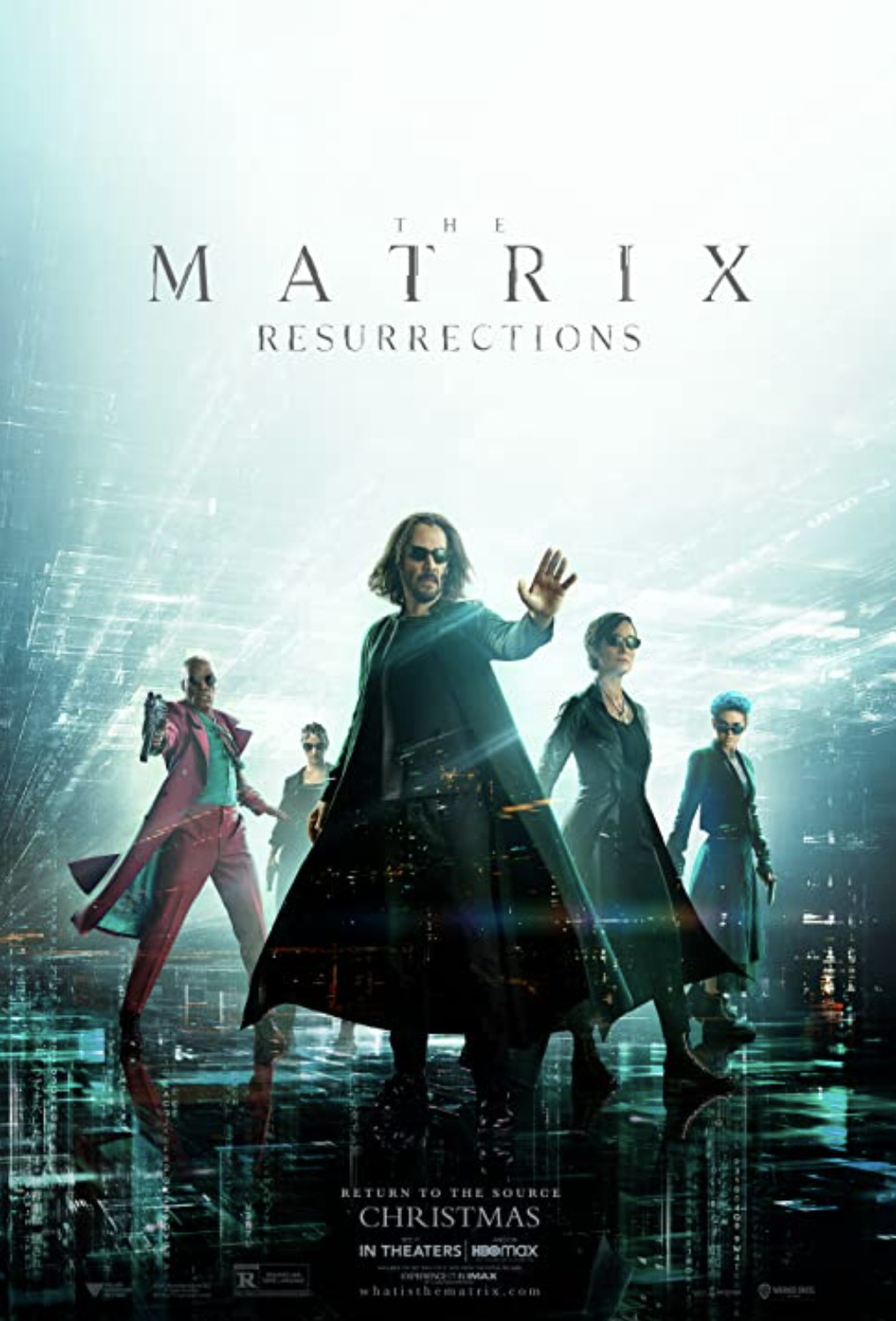 Sit down and plug in – we’re going back to the Matrix.

Arriving 18 years after the last film, “The Matrix Resurrections” returns to the philosophical, science fiction and action-packed world of the original trilogy. Lana Wachowski returns as writer and director, but sadly Lilly Wachowski did not return with her. The film is also co-written by David Mitchell and Aleksandar Hemon.

Set decades after the end of the trilogy, the film follows Neo, now a game designer known for changing the media landscape. Struggling to figure out his next game, he suffers from panic attacks and delusions related to the Matrix. But after Bugs, the captain of the Mnemosyne in the real world, finds Neo, she opens his mind to the realities of the world once again.

“The Matrix Resurrections” is a nice return for Lana Wachowski as she plays with the idea of the film being a legacy sequel. She’s just as concerned about paying homage to her original films as she is with her continuous dismantling of what we know the Matrix to be. It’s incredible.

Keanu Reeves and Carrie-Anne Moss return to their original roles of Neo and Trinity in this film, and they perform well. In a way, it feels like they’ve never left. They build from where they left off originally and it’s a great feeling to see them reunited on screen again. It’s especially great to see Carrie-Anne Moss again, as her energy and enthusiasm for the role is clear to see.

Alongside them, the film sees a cast of new faces within the dystopian world. Notably, the film has Yahya Abdul-Mateen II as an alternate Morpheus, Jessica Henwick as Bugs (like the bunny), Jonathan Groff as Neo’s boss, Neil Patrick Harris as Neo’s therapist and a returning Jada Pinkett Smith as Niobe.

Everyone delivers excellent performances all around, especially Yahya Abdul-Mateen II and Jessica Henwick. They blend well into the pre-established world of the film, all while making their characters distinct. There are a few other returning faces, as well as returning characters (no spoilers), but it’s great because nobody tries to just copy what someone else has previously done (outside of specific returning actors).

Despite the great performances, the action of the film, one aspect that the series is known for, doesn’t quite live up to expectations. It’s still good, but it lacks the kinetic and groundbreaking qualities from the previous films. Part of this is due to choreographer Yuen Woo-ping not returning, along with slightly off tempo editing and too many quick cuts. Essentially, we get good gunfights and stunts, but at the cost of excellent martial arts sequences.

But as the movie progresses, it becomes clear that the action isn’t the point. Instead, the film focuses on the strong philosophical arguments that run concurrent to the plot. It builds on themes from the original films, like the illusion of choice and free will, the understanding of reality and the byproducts of manifest destiny. Almost casually, the film presents and demolishes these thematic elements as it interweaves them throughout the narrative.

Newer to this film, a theme of roles and identities becomes present. The film tackles the roles that everyone plays in society and the preconceived expectations that people place on one another. Along with that, what people identify as, whether that is a role or a part of someone’s personality, is presented. The film discusses these themes while not being afraid to challenge them, even against what the audience has come to expect from this film.

Moreover, the film is extremely meta about its existence. It’s not only aware of its status as a sequel to a classic franchise, but also the expectations that have been placed on top of it as a result of that status. It doesn’t pull any punches as it breaks down the text, subtext and context of the original films. On top of that, it has fun with itself, as it doesn’t treat everything overly seriously; in other words, it’s a fun, metatextual analysis of what makes “The Matrix” work.

All of these themes continue the franchise’s mission of challenging hegemonic norms within society, whether that be in film or outside of it. It challenges the viewer to think more critically about the film’s messages along with the real world around them.

Outside of the action, the film presents the characters, story and themes with style. The film looks incredible, with some sharp color usage along with beautiful looking sequences. The only time the film’s camera work isn’t the best is during some of the action, but it’s still presented clearly enough.

The film’s score is also great, using a lot of previous themes from the other films while providing some new compositions. It continues to be a nice combination of classical and electronic music that fits within the world of the film.

Finally, the visual effects are excellent. Technology has finally caught up with Wachowski’s ambition and it looks superb to boot. There’s an incredible mixture of practical and computer effects, which lends to the authenticity of the world and its more fantastical science fiction concepts. Once again, Lana Wachowski has proven herself to be a master of blending special effects together within her films.

After nearly two decades, “The Matrix Resurrections” is a triumphant return to the world that the Wachowskis created. Lana Wachowski returns with grace while she continues the dismantling of reality and what it means to be alive within these films. It’s both fun and thought provoking.

In a sense, Lana Wachowski had an easy solution presented to her, as she could have just made a surface level follow up to her most famous work and roll in the profits. Instead, she truly went back to what made “The Matrix” special and double downed on those elements, building off of the controversial sequels and doing everything on her own terms.

But that’s why the film works. It’s a return of an artist to her canvas, but a return that isn’t forced. In this case, it was an exercise to help hergrieve the loss of her parents and a friend, with a dedication to them in the credits of the film. Through that process, she was able to make the movie that she wanted to make on her own terms, and she does it incredibly well.

She also does it with one of the best sequel-reboots to date, not only capturing what defines the original films but also creating a huge blockbuster that’s not some mindless action film, a vapid superhero movie or something meant to just cash in on nostalgia. It occupies the increasingly rare space of the intellectual, high budget film, and it’s so refreshing to see one of those again.

Like Neo and Trinity’s love, the movie will live on and carry everyone’s legacy for a long time to come, perhaps infinitely as the Matrix reboots itself again and again.