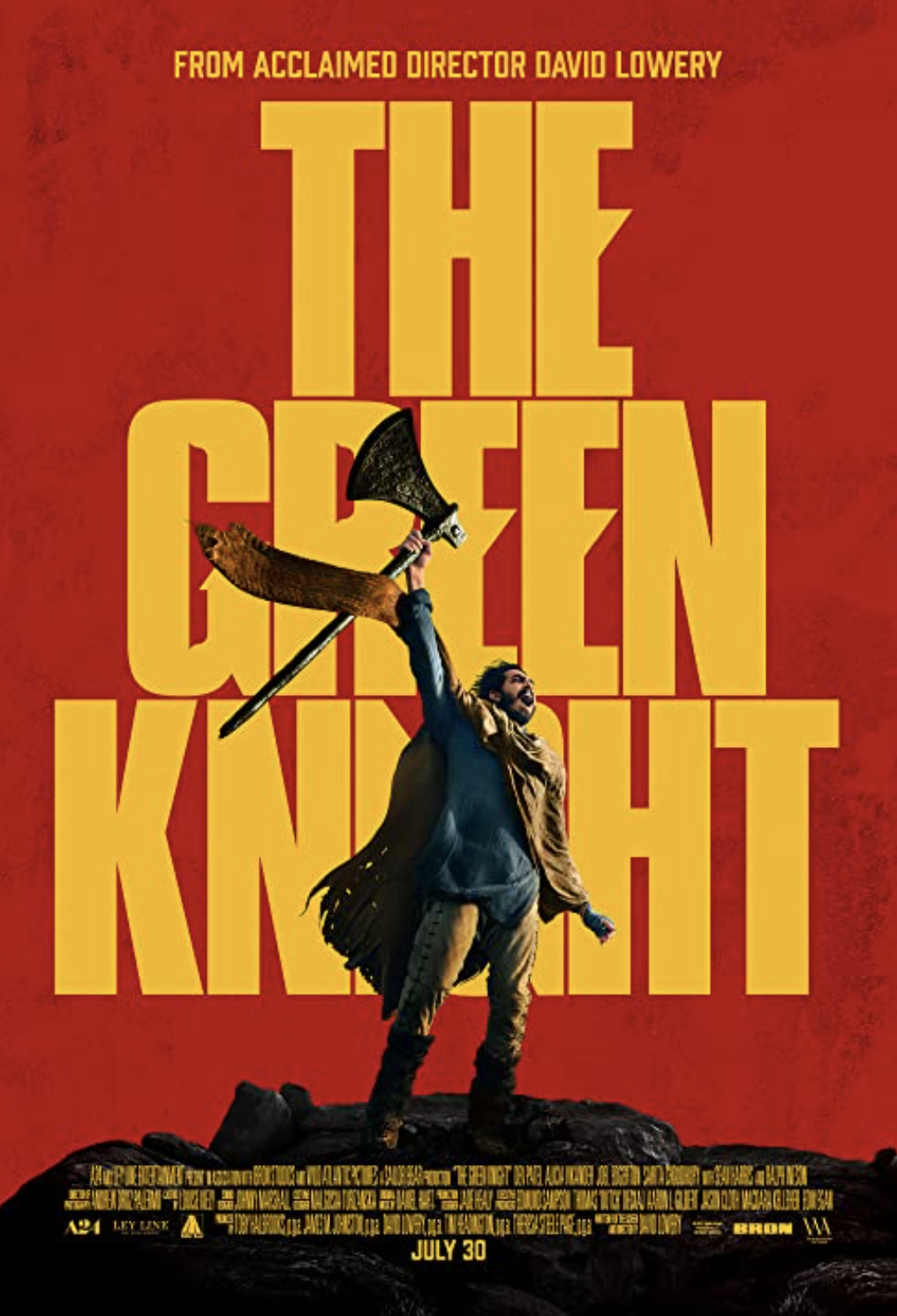 It is rare to find a film that not only challenges its audience, but also requires a deeper literary and analytical knowledge to appreciate it.

“The Green Knight” is the most recent film from David Lowery, who also directed “A Ghost Story” and “The Old Man & the Gun.” Lowery wrote and directed the film based on the medieval poem “Sir Gawain and the Green Knight,” which famously doesn’t have a credited author. It was distributed by A24.

The film follows Sir Gawain, King Arthur’s nephew who is working towards becoming a knight. On Christmas, the Green Knight challenges any knight at the Round Table to a game, which involves an exchange of blows one year apart. After Gawain accepts and delivers his strike, he sets out to uphold his end of the game by travelling to the Green Chapel where the Green Knight resides.

Simply put, “The Green Knight” is a masterpiece. It perfectly weaves a medieval legend into a beautiful and challenging film that understands on a foundational level the ancient literature that it adapts. It is truly incredible.

Dev Patel stars as Sir Gawain. He is perfectly casted, delivering a stellar performance. He details the strain and growth that Sir Gawain experiences on his journey, showing how young he is and how much he still has to learn. Hands down, he gives one of the best performances of the year.

Opposite of Patel is Ralph Ineson as the Green Knight. For the few minutes that he is on screen, he leaves a demanding and imposing presence. Along with him are Alicia Vikander, Joel Edgerton, Sarita Choudhury, Sean Harris, Kate Dickie, Barry Keoghan, Erin Kellyman and Megan Tiernan, who play various characters throughout Gawain’s journey. They leave a lasting impression throughout the film, each delivering incredible performances within their respective roles.

The film follows the ancient piece of literature thoroughly, while also adding some of its own plot elements. It travels through the new and old parts of the story effortlessly, making each addition fit into the narrative as a whole seamlessly. It also works on several thematic levels, dissecting Gawain as a character and how he, as a wannabe knight, should respond to each situation. It’s masterfully conveyed.

Along with Gawain’s character, the film discusses the virtues of knighthood and how Gawain still has room to grow. It does this primarily through his journey to the Green Chapel, as he meets various characters. Even through small interactions, the film delivers on a grandiose exploration of both the world and Gawain.

The film is able to accomplish this through stellar cinematography from Andrew Droz Palermo. It has some beautiful lighting, acting both realistic and angelic at times, especially with its usage of color at different points. There are several incredibly shot sequences, whether it’s of Gawain travelling or showcasing a piece of symbolic imagery. The actual picture quality is spectacular, with every blemish and blush on display in incredible detail. It is certainly one of the best-looking films of the year.

The production design works in tandem with the story and cinematography. Everything feels perfectly constructed to convey the setting of medieval Europe. There is purpose, weight and texture to every location in the film. It helps that most of the locations, props and makeup are seemingly practical. For example, the Green Knight looks real in every shot he’s in with his costume and prosthetics, adding to the atmosphere that he brings whenever he’s on screen.

The editing works perfectly at capturing the mesmerizing pace of the film. It took a few minutes to get used to, but it sets a consistent tempo throughout the film. It knows when to cut at just the right time, showing certain pieces of information for just long enough to grasp its meaning.

There are several extra flourishes placed throughout the film, like the title cards, that add to the experience immensely. The film could have worked without them, but they feel necessary to the identity of the film.

Finally, the sound design is fantastic, sonically depicting in detail everything within the environment. It’s impeccable, with everything sounding precisely as it needs to. Along with that, the score by Daniel Hart is incredible, with elegant strings and haunting chants that fit the setting. There are also several songs expertly placed throughout the film, echoing the feeling of a bard serenading the tale of Sir Gawain from the corner of a dimly lit tavern.

“The Green Knight” feels like a rare accomplishment of a film. It creates an extrinsically complex and beautiful world built on the foundation of ancient British literature. Everything works together to weave this film into a beautiful tapestry.

It offers an experience that is both modern and classic, as it spins a piece of Arthurian legend into a grand mythology. It carries an aura as if it is not of any time or place; it is just a being, telling a tale of knights and morality within its own rules and world.

The best way to describe this film is through a simile. Seeing “The Green Knight” is like sitting down at a five-star restaurant. There is an air of superiority surrounding you, as you almost feel out of place inside. But you are served the highest rated dish in the restaurant. Presentation wise, the meal looks stunning. Everything appears perfectly placed, almost mathematically so, down to the garnish on top. You take the first bite, and it is cooked to perfection. The drink of choice pairs perfectly with the meal at hand. Every aspect of the meal blends into each other seamlessly, offering several flavors that work together to create a memorable experience. It’s one of the best meals you’ve ever had the pleasure of eating. On top of everything else, it’s incredibly enjoyable; it doesn’t feel like a chore to sit through or like you “need” to try it just so you can say you did. It’s perfect. There’s no other word to describe it.