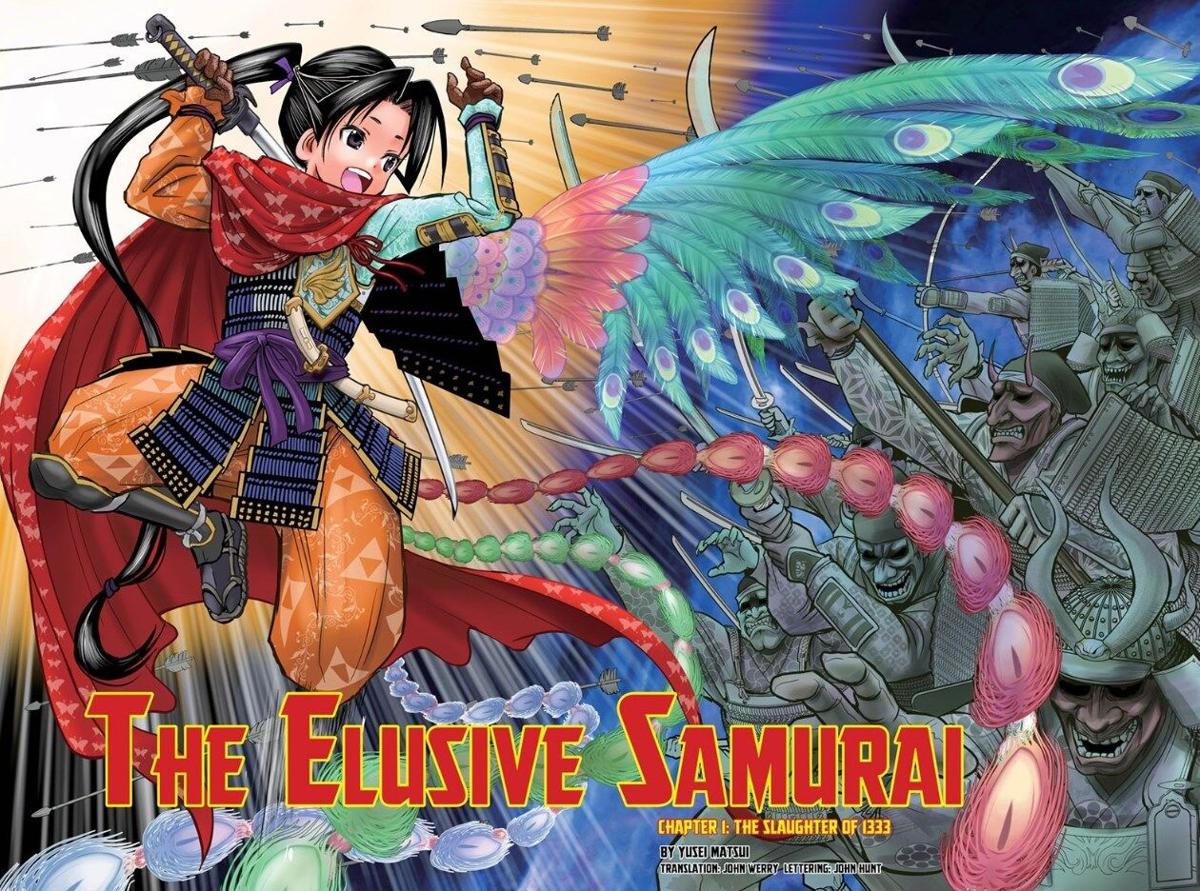 From the mangaka behind hit series “Assassination Classroom” comes “The Elusive Samurai,” the newest series to join the “Weekly Shonen Jump” line up. After its first chapter, however, readers don’t really get a clear idea of what the series will look like as a whole.

Set in feudal Japan in between the Kamakura and Muromachi periods, “The Elusive Samurai” follows Hojo Takatoki. Takatoki is the next in line to take over the shogunate, though he’d rather hide and relax than rule.

When the Hojo clan’s most powerful warrior enacts a bloody coup and kills all of Takatoki’s family, all seems lost for the young samurai. After a pep talk from a local Shinto priest, however, Takatoki decides to live on and try to take revenge on his enemies.

“The Elusive Samurai” spends about half of its first chapter really floundering around. Story wise, nothing about it stands out, and readers are left wondering why they are being asked to care about this world and its characters.

That is until stuff hits the fan incredibly quickly. In the span of one or two pages, half of the introduced characters are swiftly killed off, leaving Takatoki in a state of disarray. Though revenge stories aren’t exactly unique, they can lead to incredibly entertaining stories, especially with the promise that Takatori will be a great samurai in the next two years.

Takatori himself could prove to be an interesting protagonist as the series progresses. He doesn’t have the “I wanna be the best blank that there is” trope that is all too common in similar series. He reluctantly accepts his role as the “hero” of the story and that, without the encouragement of the Shinto priest, he would have simply died with the rest of his clan.

Takatori’s reluctant heroism, along with his unique skill of dodging and hiding, makes him a protagonist worth watching. Whether or not the rest of the story rises to meet his interesting set up, however, is still yet to be seen.

Perhaps the best thing about the first chapter of “The Elusive Samurai” is the art by Yusei Matsui. Much of the art found in modern shonen manga (and “Shonen Jump” as a whole) can tend to look incredibly similar. It doesn’t necessarily look bad, but it doesn’t stand out from every other series in the magazine.

Matsui’s art, however, is beautiful and unique. It doesn’t quite look like anything in else in “Shonen Jump.” If his past series are any indication, readers are in for a visual treat with “The Elusive Samurai.”

Though the first chapter of “The Elusive Samurai” won’t be blowing anyone away, it has set itself up for success.

With Matsui’s beautiful art, a unique protagonist and a classic revenge story, “The Elusive Samurai” has a lot of potential.

Now, Matsui just has to deliver.