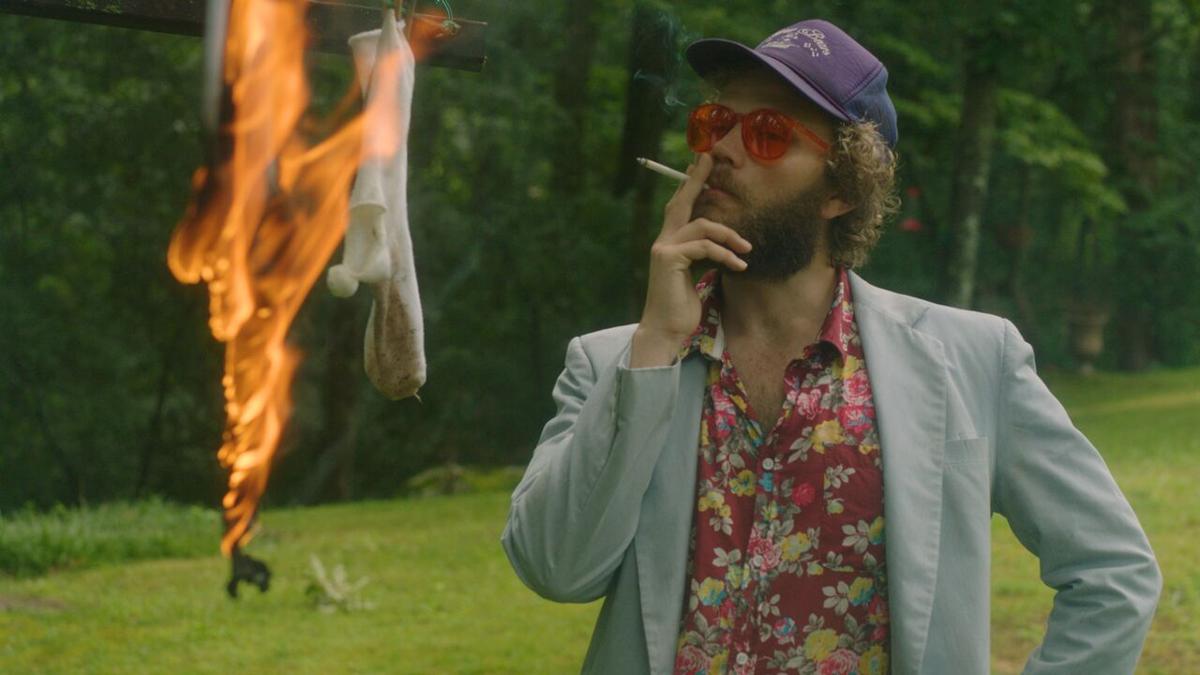 Every family is distinct and different. Within those families, conflicts arise and can even divide families.

This is one of the central themes of the documentary “Socks on Fire” by writer, director and poet Bo McGuire. The film was shown for free as part of the Southern Circuit Tour of Independent Filmmakers through the Clayton Center for the Arts.

The film follows McGuire as he explores his Alabama family -- especially his grandmother who passed away and the divisions that have grown since her passing. It follows specifically his Uncle John, who is a drag queen, and how his Aunt Sharon has disowned him.

“Socks on Fire” is a unique documentary. It uses old family videos, interviews and recreated events with actors to tell its story. It’s mostly from the perspective of Bo and how he views everything.

The overall presentation of the documentary is extremely well done. McGuire does a great job in making the film look good, move well and convey information and emotions. It’s very stylish, with different parts of the film showcasing interesting ideas and creating scenarios without using archival or interview footage.

The editing of the documentary is great. It flows well from interview to home videos to recreated footage without confusing the viewer on what is what. It also cuts really quickly at times, but it’s done deliberately to convey a disorienting feeling.

The footage that is newer, as well as the interviews, is well shot. There are some very interesting directorial decisions put to film, while some of it is not taken super seriously. For example, there’s a scene with McGuire and a younger actor portraying him as a kid discussing a future scene in the woods while talking about how weird it is.

Because about half of the film is told in recreation, the film needs to have good acting — it can’t just claim to be a documentary as an excuse. Fortunately, the recreated sequences are handled well, and the acting is good.

The main storyline of the film follows how Aunt Sharon has treated McGuire’s Uncle John, especially after their mother, Bo’s grandmother, passed away. It’s mostly from Bo and John’s perspectives. It doesn’t get Sharon’s perspective, but it tells the story to the best of its abilities.

The other main goal of the film is to act as a love letter for Bo’s grandmother. It tells stories of her from him and his family, along with the footage already available. There are many aspects of her throughout the film, and it shows this well. It’s very touching, especially because the film asks how she would react to the current situation.

There is one issue with the film, which is that it sometimes seems that functioning as a movie instead of a documentary might work better. This is mostly because the film needs to recreate different scenes to tell its story. At that point, why not convert it into a dramatic film?

However, this documentary does do a better job at being a film and documentary hybrid than some of its contemporaries. The main one that comes to mind is the 2011 Richard Linklater film “Bernie,” which is much more like a film, so it’s strange when it cuts to interview footage. “Socks on Fire” is a much better example of how to make this style of filmmaking work.

Overall, “Socks on Fire” is a great documentary with some unique presentation and an interesting story to tell. It’s entertaining and emotional. It might have worked a little bit better as a regular movie, but that’s also what makes the film unique.

This film is definitely worth checking out for its presentation and storyline.