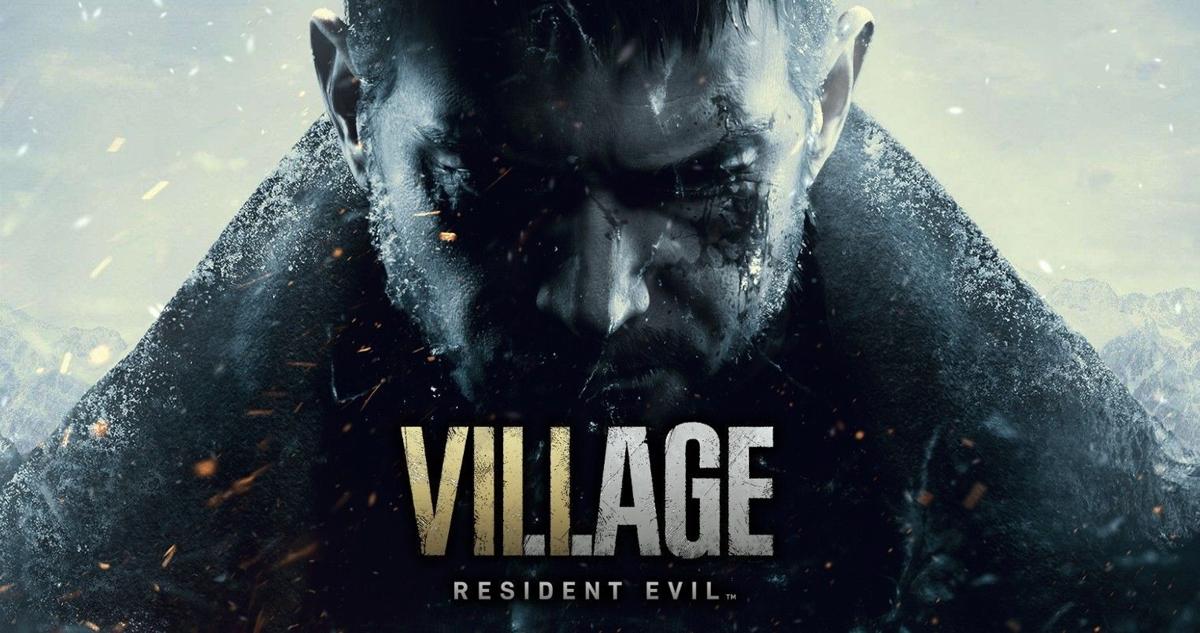 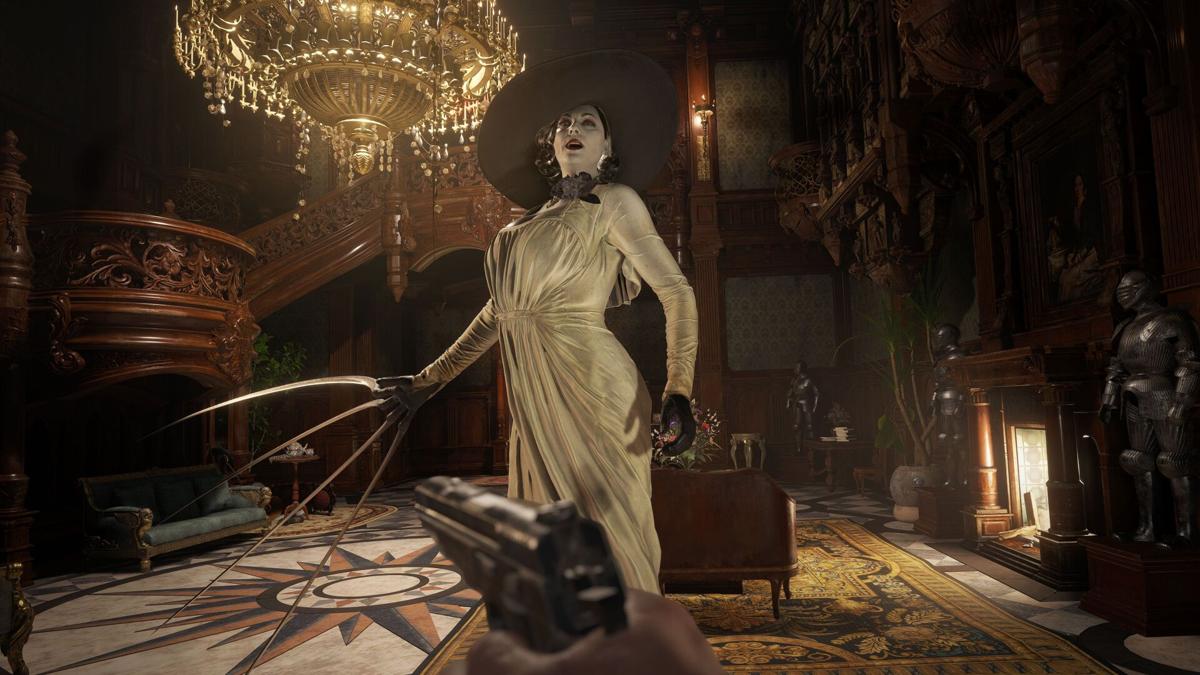 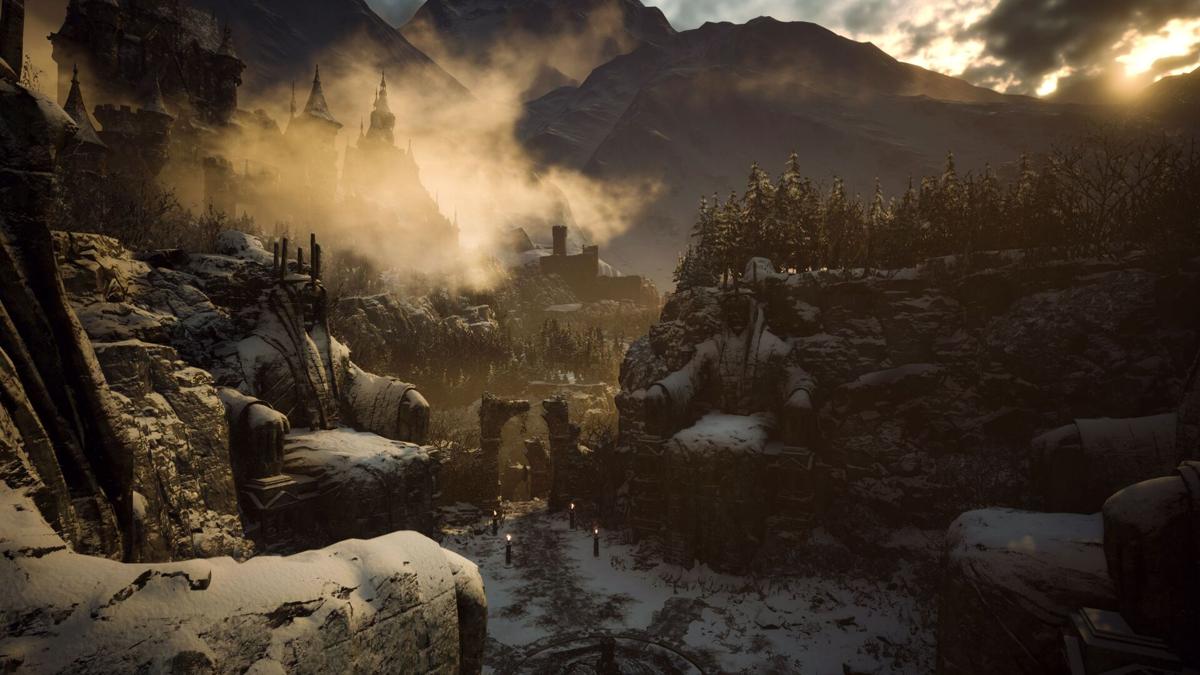 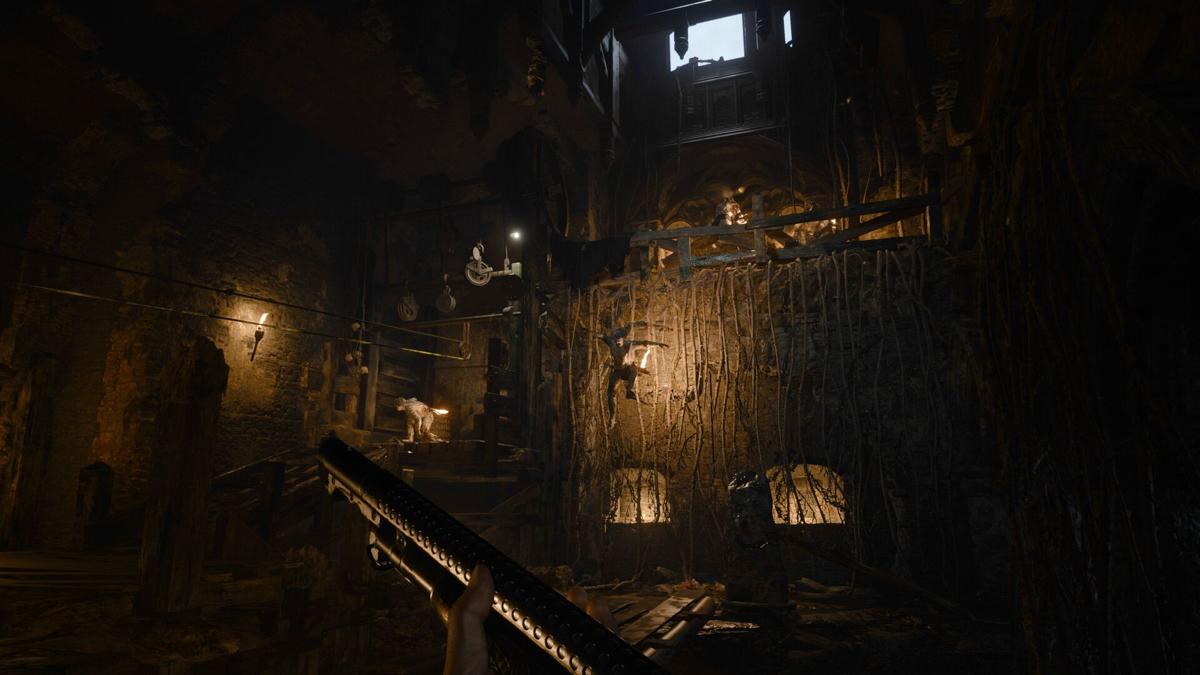 Back in 2017, Resident Evil 7 served as a turning point for the acclaimed horror franchise. When the series shifted towards more of a co-op action focus, it was met with criticism from both fans and critics alike. With its eerie Louisiana backwoods setting and claustrophobic level design, Resident Evil 7 not only revitalized the series, but also uplifted it to new heights.

Therefore, Resident Evil: Village has quite the legacy to live up to as the direct sequel to Resident Evil 7. Instead of trying to directly replicate the success of its predecessor, Village instead opts for a more survival-action focus that draws upon different elements of Resident Evil’s long history. While Village isn’t as consistently terrifying as 7, it still carves out its own identity that is brimming with both atmosphere and intense gameplay.

Village picks up three years after the Baker family incident, with faceless, milquetoast protagonist Ethan Winters returning to the limelight. Ethan is on the hunt for his missing daughter Rose after she is kidnapped. What Ethan finds is a mountain hamlet overrun with werewolves and the four monstrous lords that rule over the village.

What Village lacks in terms of compelling plot; it makes up for in characters. Sure, Ethan is still as bland as ever, but characters like the four lords and the Duke are equal parts interesting and wonderfully campy.

Let’s start with Lady Dimitrescu, the massive vampire noble who stalks the halls of her ornate castle. Memes aside, Lady Dimitrescu is an instant iconic villain for the Resident Evil franchise. Dimitrescu carries an air of noble snobbery with a sadistic streak, and her evilness is just reinforced by her inhuman size and knife-life fingernails.

During the early hours of the game, she functions as Village’s Mr. X as she stalks Ethan throughout the castle. While her actual screen time in-game is relatively short, she certainly leaves a lasting impression.

Much like the Baker family in the previous game, it is the villains that are the most compelling part of Village’s story. Each one is unique and menacing, and the game gives them ample time to shine in their own chapter. In fact, the lords are what gives Village its primary structure.

The village itself serves as a hub world that the player returns to as they make their way to the next region. On return trips, players may find new helpful secrets available to them.

Village takes a lot of cues from Resident Evil 4 which marked the franchises larger emphasis on action. Combat is at the forefront in Village’s gameplay as Ethan is provided an arsenal of upgradable guns, loads of ammo and plenty of monsters to shoot at.

Compared to 7, Village does a far better job of enemy variety and combat encounters. Players will face everything from dungeon-dwelling ghouls, vicious lycans, and mutant vampire bats. Without upgraded gear, enemies can tank a lot of shots before hitting the ground, so it always feels vital to prepare for a fight. Longtime fans of the series may find the abundance of ammo trivializes combat, so it’s recommended that they bump up the difficulty to hardcore for a more challenging experience.

One of the benefits of the new gunsmith mechanic in Village is that it forces the player to scrounge for both supplies and Lei, the currency in Village. Village’s levels are larger and hide plenty of treasure and secrets for inquisitive players to sniff out. It’s a smart way to encourage exploration, and it gives the player time to breathe in Village’s highly detailed gothic horror setting.

With a greater shift towards action-focused gameplay, its inevitable that Village loses some of that terrifying edge that was present in Resident Evil 7. Some players who are looking for the same level of thrills they had in 7 might be left wanting. However, Village should be commended in how it does a better job of pacing out its action and scares to keep the flow of gameplay fresh.

Without delving too far into spoiler territory, there is one sequence in Village that is one of the most spine-chilling moments in the history of this franchise. It involves a seemingly innocent looking home where the player wanders its rooms alone. Capcom demonstrates masterful use of sound design as the player is left with nothing but the sounds of their character and the creaks and groans of the house. It’s a brief moment, but one that is sure to burn itself into the memories of many players.

While Village may not live up to the same level of scares as RE 7, it still delivers on one of the most fun and exciting experiences so far in 2021. Village features some of the best level design that Resident Evil series has ever seen, and its creepy and goofy cast of villains are a delight in the short amount of time we get to know them.

While the overall plot feels lacking in this entry, Village provides a moody immersive world that players can easily get lost in. Village may not always scare you, but it will certainly deliver on surprises.