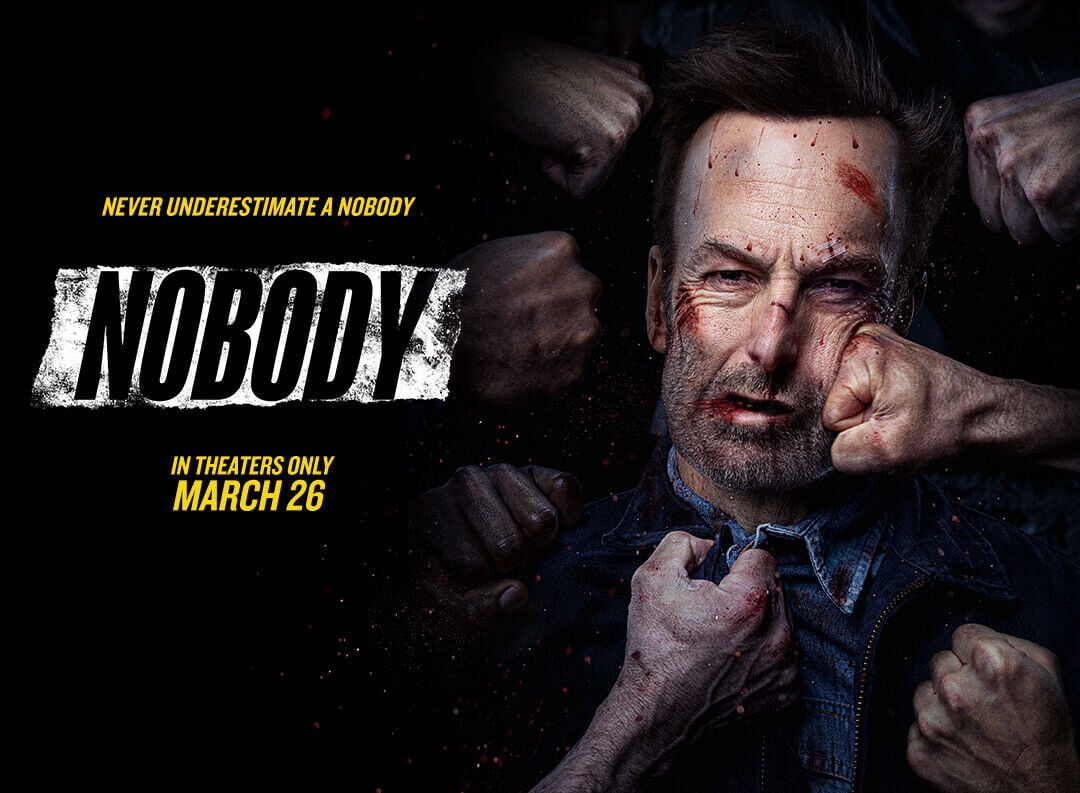 Mess with a nobody and you’ll get the horns.

“Nobody” is a film directed by Ilya Naishuller, who also directed 2015’s “Hardcore Henry,” and written by Derek Kolstad, the writer and creator of the “John Wick” franchise.

The film follows Hutch Mansell, a boring suburban middle-aged dad barely keeping his life and family together. After two robbers break into his house, Hutch goes after them before accidently getting involved with the Russian mob. Unknown to everyone, Hutch is actually a highly trained military specialist capable of causing a lot of pain.

“Nobody” is a good action film worth watching because of its lead. It doesn’t do anything too special, and it won’t redefine the genre. But it does everything it sets out to do and it does it well.

Bob Odenkirk stars as Hutch. Odenkirk is perfectly casted as the unexpecting, average suburban dad. But when he gets into it, he does a great job at playing an action hero. He definitely brings more to this character than any other actor would. He is incredibly fun to watch, even by just being Bob Odenkirk.

The supporting cast also does a great job in the film, but they can’t compare to Odenkirk. Everyone looks like they’re having fun in this movie and they help in making it a good experience.

The story is pretty average. It’s fun because it plays into the idea of the dad fantasy of hoping someone breaks into their house so they can “teach them a lesson.” But the rest of it is pretty basic in its conventions (it even becomes a bit like “Home Alone” near the end).

Along with Odenkirk, the action scenes are great. Everything is clearly presented, and the action is easy to follow. They are a lot of fun and they are filled with a ton of energy and inventiveness. They are the highlight of this film and one of the few aspects that help it standout.

The editing is also worth noting. Its often snappy and energetic, cutting quickly to keep the pace of the movie fast without disorienting the audience. It also makes sure that the audience knows what’s going on in the action scenes. It’s a well edited film.

Finally, the film has a fitting soundtrack. It’s filled with several classic rock songs that fit the dad vibe, while also featuring some classical pieces of music, usually for a joke. It’s a good soundtrack with some well-placed pieces of music.

Overall, “Nobody” is a good action film. It’s a fun time made better with Bob Odenkirk as the lead. Honestly, it’s kind of the perfect dad action film, primarily because it is literally an action film about dads.

Like its name, the film is rather unassuming, and it doesn’t really do much that’s new. But it does everything well to create an enjoyable action movie.

Hopefully, “Nobody” will help get Bob Odenkirk more leading roles.