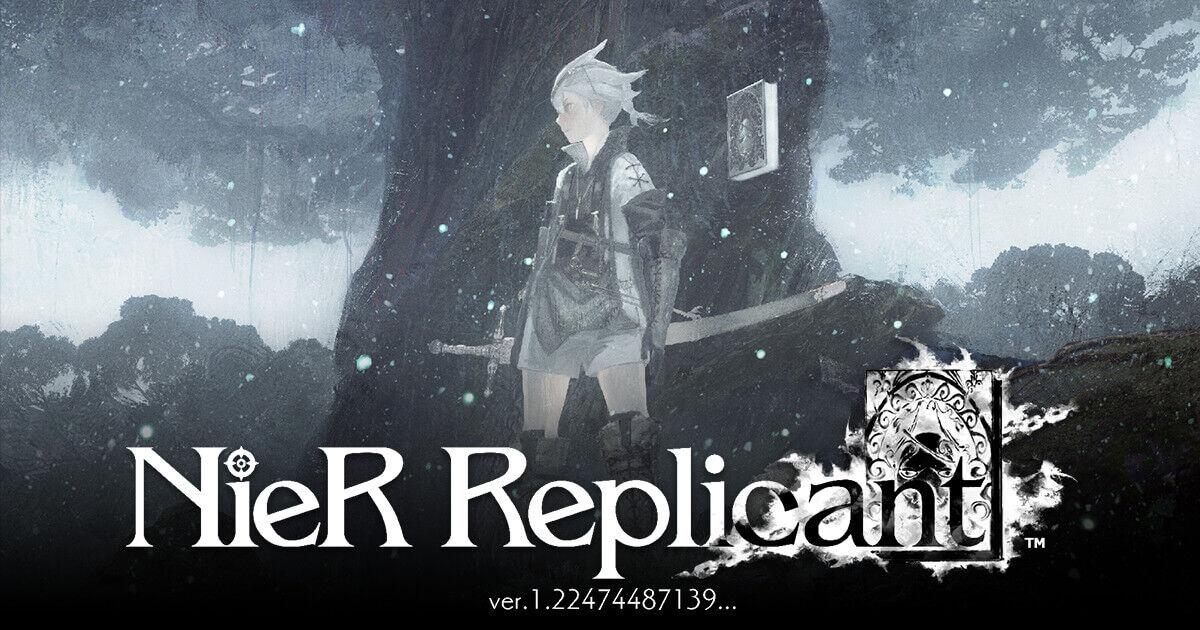 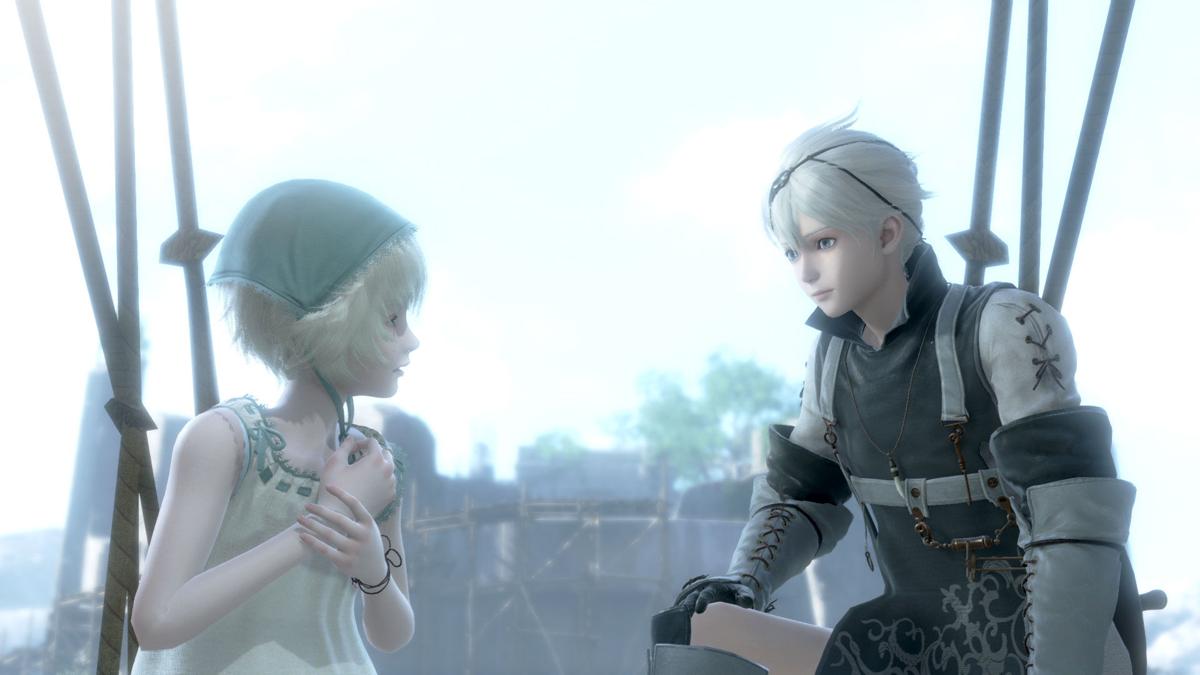 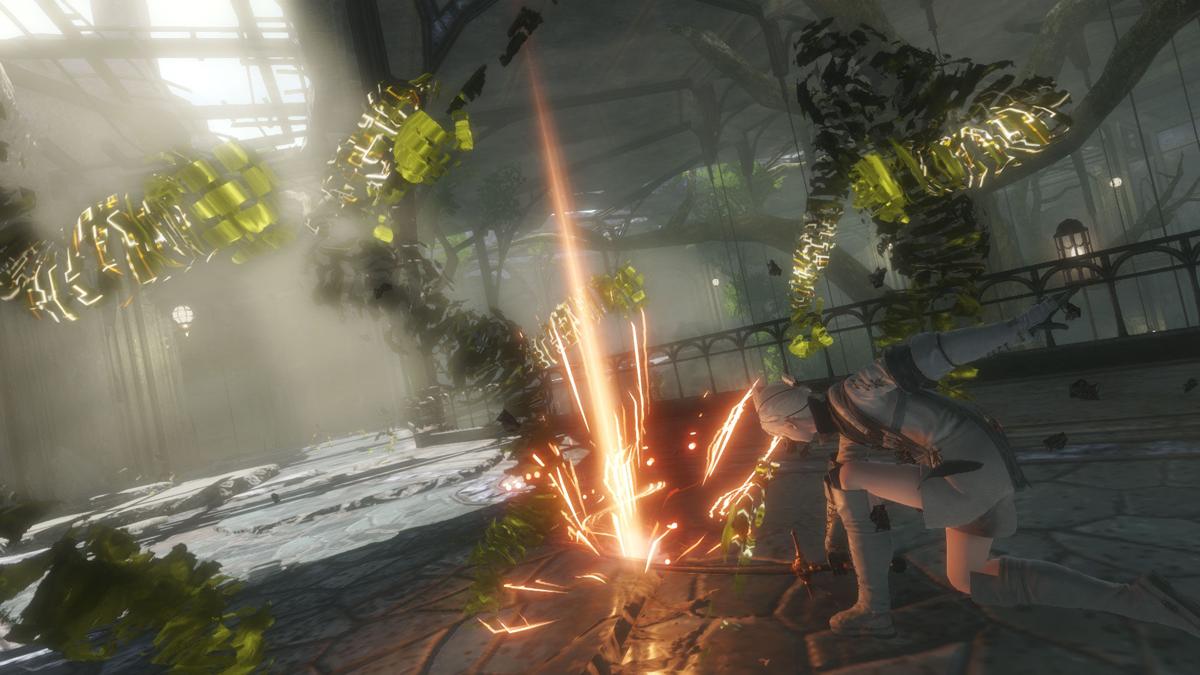 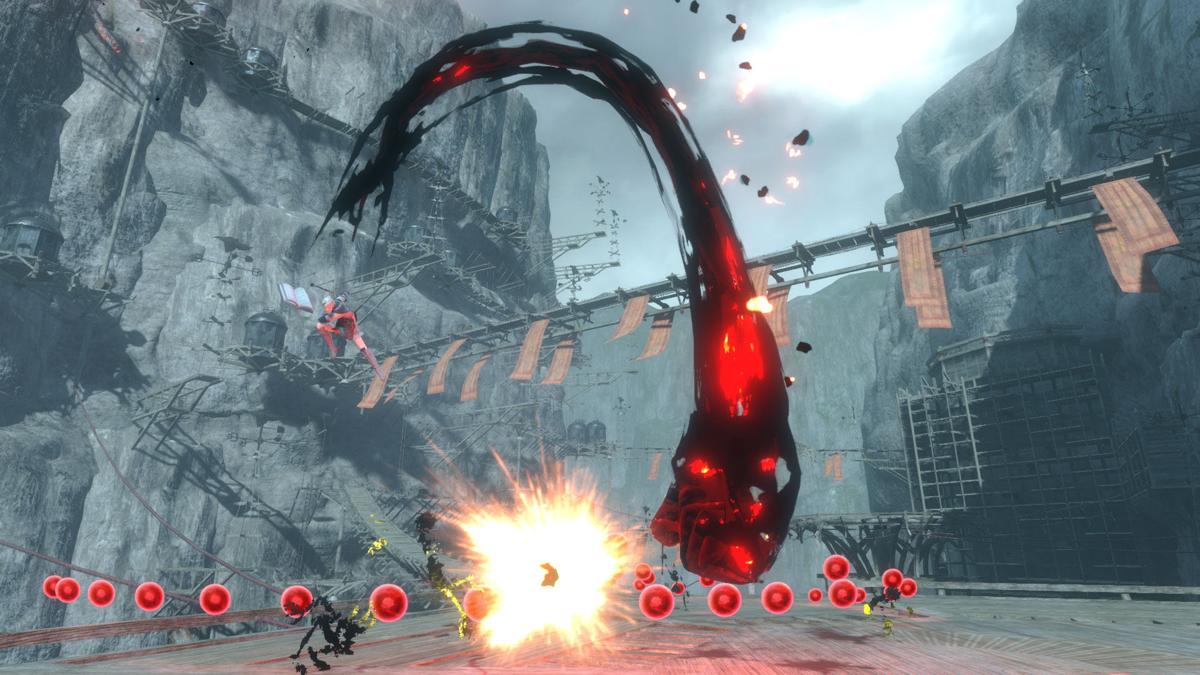 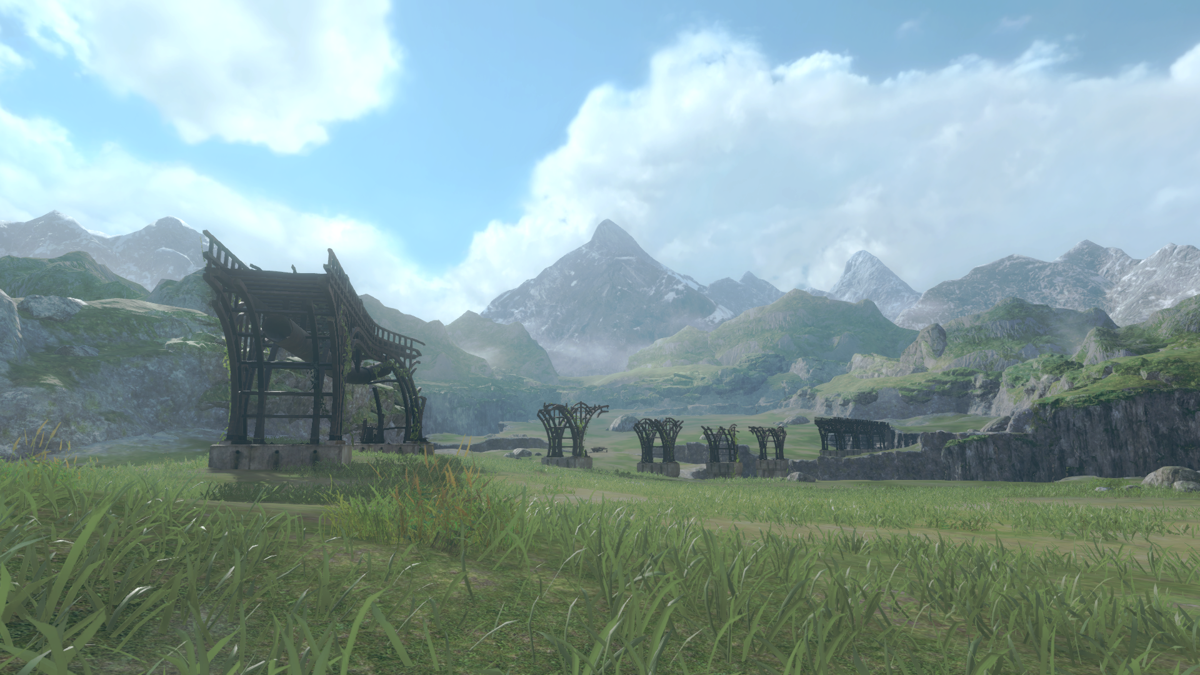 After 11 years, the predecessor to NieR: Automata gets a re-release.

NieR Replicant ver. 1.22474487139… is a recent upgrade to the action RPG game NieR, which released on the PlayStation 3 and Xbox 360 in 2010. This new version is directed by Saki Ito and written by creator Yoko Taro. It released on PlayStation 4, Xbox One and PC, with upgrades for next generation consoles.

Set in the year 3465, the game follows Nier as he tries to save his sister Yonah from a fatal disease known as the Black Scrawl. Fighting alongside him are the magical book Grimoire Weiss, the possessed foul mouth Kainé and the cursed immortal child Emil who petrifies people. They all work together to save Yonah and fight against the Shades, who terrorize the land.

Without spoilers, this is the main storyline. The game gets more complicated as it goes along including its five endings (one is new to this version).

There are three aspects about this game that need to be clarified.

The first is the game’s classification. According to the creator, it’s a version upgrade. In essence, it’s not a full remake nor a remaster, as aspects were tweaked from the original game.

The second is that this is the middle game in a series. NieR is based on the joke fifth ending of the PlayStation 2 dark fantasy game Drakengard. The fourth and fifth ending of NieR sets up the acclaimed NieR: Automata. The sequel’s success led to NieR getting re-released.

Finally, there are two versions of this game: NieR Gestalt and NieR RepliCant. The Gestalt version is what North America initial got when the game released. This is the first time that RepliCant has been released here. The main difference between the two is that in Gestalt, you play as Papa Nier trying to save your daughter Yonah in a different year. Otherwise, they are the same game.

To begin, this game is great. It’s a fun game with an excellent story and soundtrack. Although it can be tedious, the game is accessible and a fantastic experience from start to finish.

The moment-to-moment gameplay is fine-tuned and fun. The game is mostly centered around hack and slash combat with a variety of weapons at the player’s disposal. It’s pretty fluid, with weight, mobility and skill behind every combat encounter.

Coupled with the combat is magic. Magic comes from Grimoire Weiss, who allows the player a variety of options. Magic can be either projectile, close combat or defense based. It’s designed for the player to pick and choose how they want to fight. It works well with the main combat loop of the game.

There are also different elements that enhance the combat. You can upgrade your weapons at a blacksmith found early on. Through forging, you level up weapons and obtain backstories for each weapon, which are quite dark. There are also words that the player gathers from defeating enemies, which are used to buff weapons, magic and defenses.

On top of that, the movement is great. The main character is fast without feeling out of control. It flows well with the combat, ultimately creating a quick and fluid gameplay system.

Part of the gameplay can be attributed to Takahisa Taura from PlatinumGames. He oversaw the gameplay and tweaked aspects of it to play more like NieR: Automata, which he also worked on. These changes help make the game feel fresh even late into the story.

Finally, the game isn’t afraid to switch gameplay styles. For example, parts of the game includes side scrolling, top-down rooms, isometric dungeons and even text-based dungeons. They aren’t the most polished, but they are interesting deviations influenced by older games.

Moving on, the main storyline of this game is great, especially near the end. There are several twists and turns as details get unveiled throughout the course of the game. It’s starts off pretty standard, but everything changes by the end.

This is because of the different endings. The five endings completely recontextualize everything that the player has done up until that point. They turn an already great story into an excellent one, specifically in how it handles the flow of information and the player’s perspective.

The endings themselves can be a chore to obtain. You will have to replay sections of the game a few times to see each ending. It can be tiring, but it’s worth it to see the story develop. Along with that, you will have to collect every weapon in the game to unlock the final three endings. There are 33 weapons in total, but they aren’t hard to get.

This leads into the side quests. Some weapons can only be obtained in certain side quests. The rest of the quests either give you money, materials or an increase in certain skills. Most of them boil down to either fetch quests or killing enemies. They are completely optional.

However, a few of them have excellent stories. Specifically, the Lighthouse Lady quests are great, as they tell a tragic story. During the quests, a lot of small character moments occur between the main group, which provide bits of brevity and character building.

The final aspect of the story are the characters. Each character is given in-depth backstories and motivation, some of which aren’t revealed until you finish certain endings. But those details create a full and frankly emotional story brought to life with incredible characters.

This game is filled with broken characters. By working together, they become whole people who accept one another and their differences. It’s beautiful and expertly woven into the game.

On the technical side, the graphics are great. There is a clear art style represented that keeps the game from looking dated. Part of this comes down to the character designs, which were redrawn for this version. This was partially done to look closer to the game’s sequel.

The rest of the graphics look great too, especially the landscapes. There is a lot of vibrancy in the different locales. Everything looks polished for modern systems. Overall, it looks fantastic.

The game also runs well, keeping a consistent framerate. The only slow down experienced was during combat with magical projectiles. However, it didn’t seem like the game couldn’t process it; instead, it deliberately slowed down so that the player could stay focused while in combat.

Finally, the soundtrack to this game is incredible. There are several distinct themes and beautiful pieces of music. Of particular note are the vocal songs, which are absolutely fantastic. All in all, it is up there with some of the best video game soundtracks.

Unfortunately, this game isn’t perfect. The game’s main issue is that it can be incredibly tedious.

Although you move quickly, the game’s maps are fairly large, which means that it takes a while to get anywhere. There are two methods that help with travel. The first is the ability to ride boars after completing an early side quest. The other is a ferry that opens after the game’s halfway point. But these travel methods are limited and don’t solve the traversal issue completely.

There are a few instances in the story that take a long time to complete. For example, trying to finish every ending takes a while, as you must replay specific portions of the game several times. In one main quest, you have to follow a girl as she shows you a pathway. She runs at a speed that you cannot match, going faster than your walk but slower than your run. It’s excruciatingly slow. Different quests are also lengthy, especially when you have to hunt for materials.

But the worst offender is the loading screens. They don’t take too long, clocking in between five and nine seconds. But they are incredibly frequent, especially if you are moving between several locations quickly. It adds up over time and can be annoying.

Fortunately, the tedium isn’t a huge issue. It doesn’t affect the game severely, but it can get exhausting.

NieR Replicant ver. 1.22474487139… is a great game. It’s fun to play with some excellent combat and a great sense of speed. The story is engaging, especially as it develops over time. Finally, the soundtrack stands alongside some of the best in the medium.

It can be tedious at times, but if you stick with it, you will experience a phenomenal story with some genuinely great characters.

For those who have played NieR: Automata, this game is worth checking out, especially in how it sets up the sequel. Even if you haven’t played the sequel, this is still a great game worth playing through.