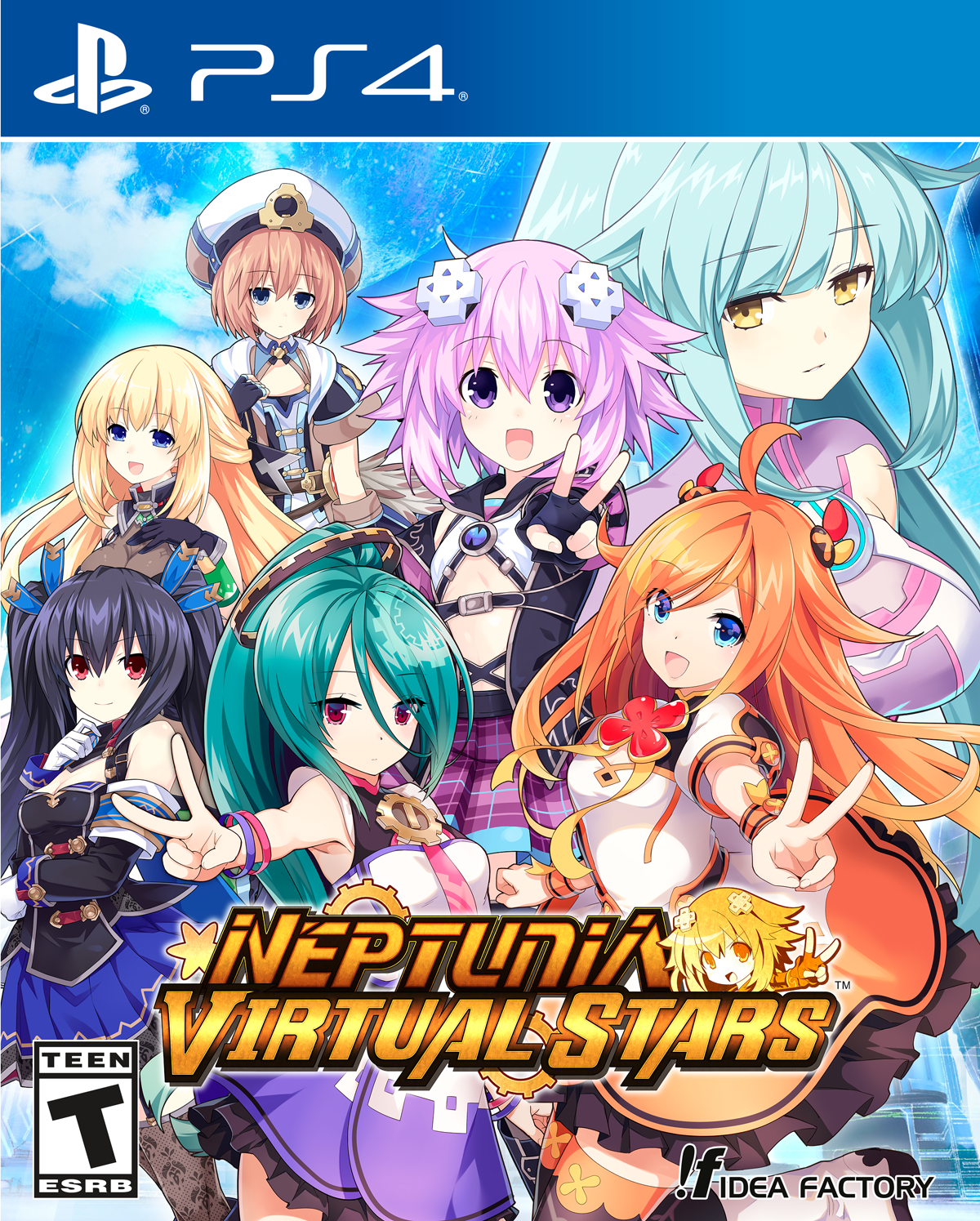 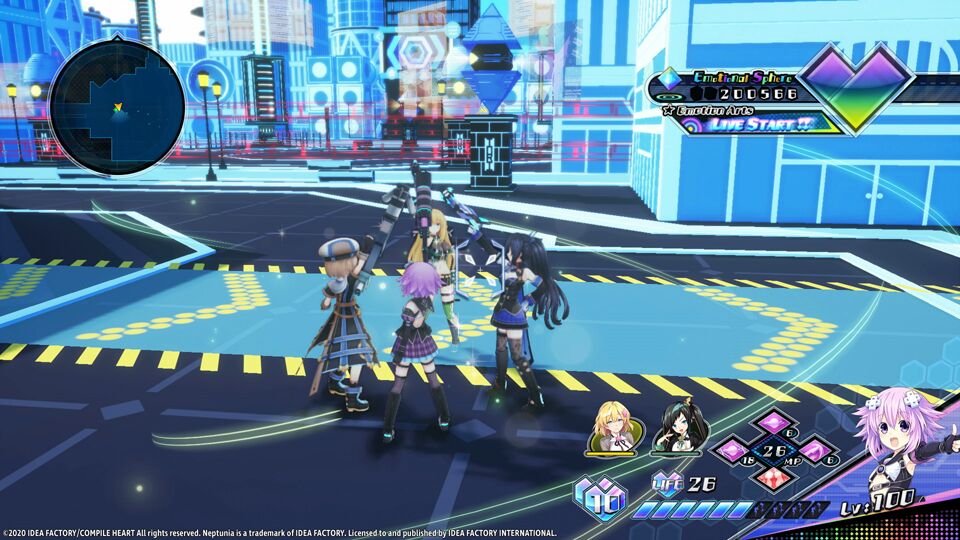 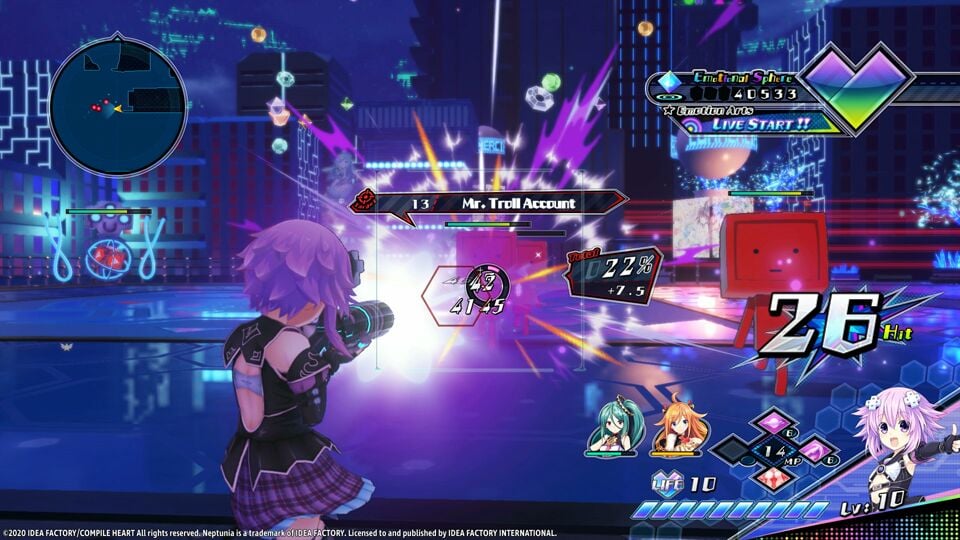 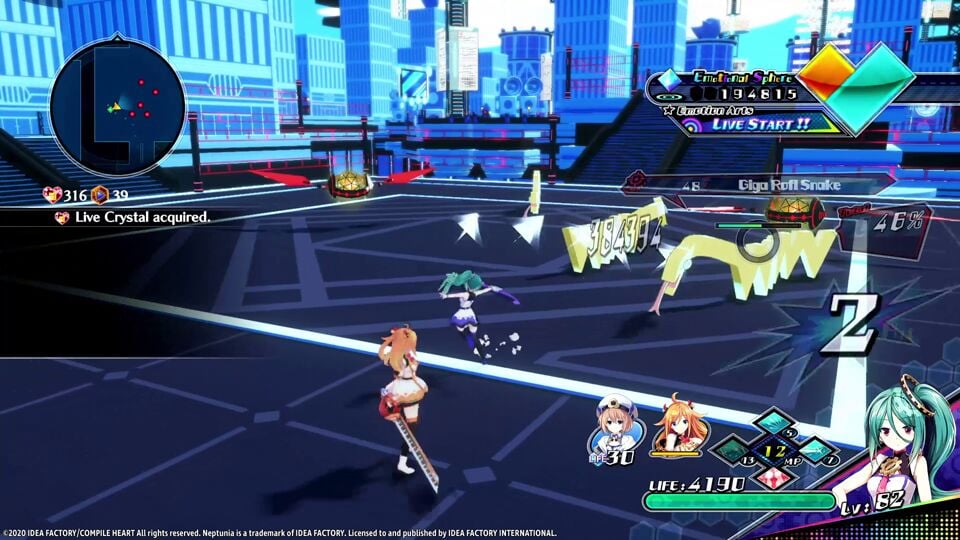 What is the most important aspect of a video game? There are tons of things that come together to make a good game, but if a game isn’t fun, there really isn’t much point in playing it.

Neptunia Virtual Stars is a lot of things, but it certainly isn’t fun.

Neptunia Virtual Stars is the latest game in the Hyperdimension Neptunia series. The series first debuted back in 2010 on PS3 as a parody of the video game industry and has boomed in popularity ever since.

Though the Hyperdimension Neptunia series has over 20 games, 17 of those are spin-offs, taking the core cast of characters and throwing them into new gameplay styles and settings. Neptunia Virtual Stars is the series’ latest spin-off, with the developers at Compile Heart tackling the third person shooter genre.

The game sees the series’ four main characters, Neptune, Noire, Blanc and Vert, transported to the digital world of Virtualand. Virtualand is on the verge of extinction due to a war with a group known Antis. A goddess known as Faira summons the Neptunia crew, as well as two Vtubers from the real world named Me and You, to Virtualand and tasks them with saving the day.

Though the convoluted, tongue-in-cheek stories of the Neptunia series can be funny at times, more often than not, they fall flat. The same is true with Neptunia Virtual Stars.

The game constantly makes jokes that just aren’t that funny and references to real world gaming that feel forced. Virtual Stars really leans into the Vtuber angle, highlighting tons of real Japanese Vtubers through cameos. Though many of these Vtubers are enjoyable to watch in their own organic streams, they simply don’t translate all that well to the world of Neptunia.

Minute to minute gameplay in Neptunia Virtual Stars is split between two main styles: third person shooting and action. However, neither style of gameplay is ever really allowed to shine.

The third person shooting available when controlling Neptunia, Noire, Blanc and Vert feels drastically unpolished. It can be very hard to aim at targets and avoiding enemy attacks feels impossible at times. Enemies feel like little more than damage sponges, with encounters and battle feeling incredibly unbalanced and unrewarding.

When playing as Vtubers such as Me and You, combat is much more action oriented. Though this is much more fun than the shooting combat, the Vtubers almost always feel significantly underpowered compared to the goddesses, meaning there is little reason to ever play as them.

The game’s sound effects and music come off as incredibly annoying, a complaint you don’t often hear when it comes to games. When fighting enemies, the playable characters repeat the same few lines of dialogue over and over. This is so unbearably annoying that chances are you’ll just mute the game instead of being forced to listen to it.