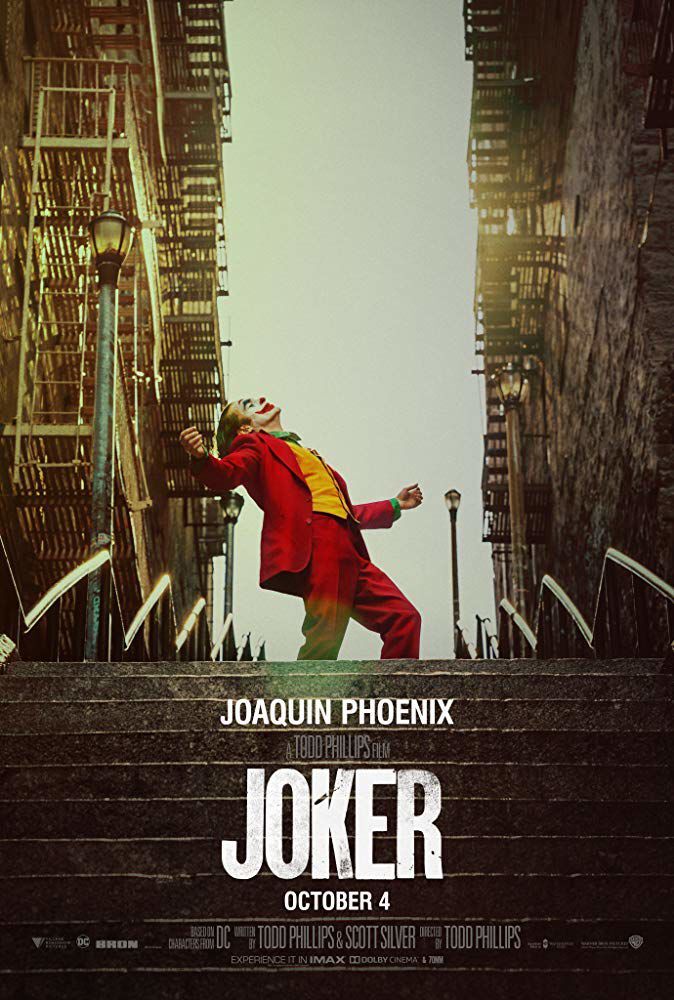 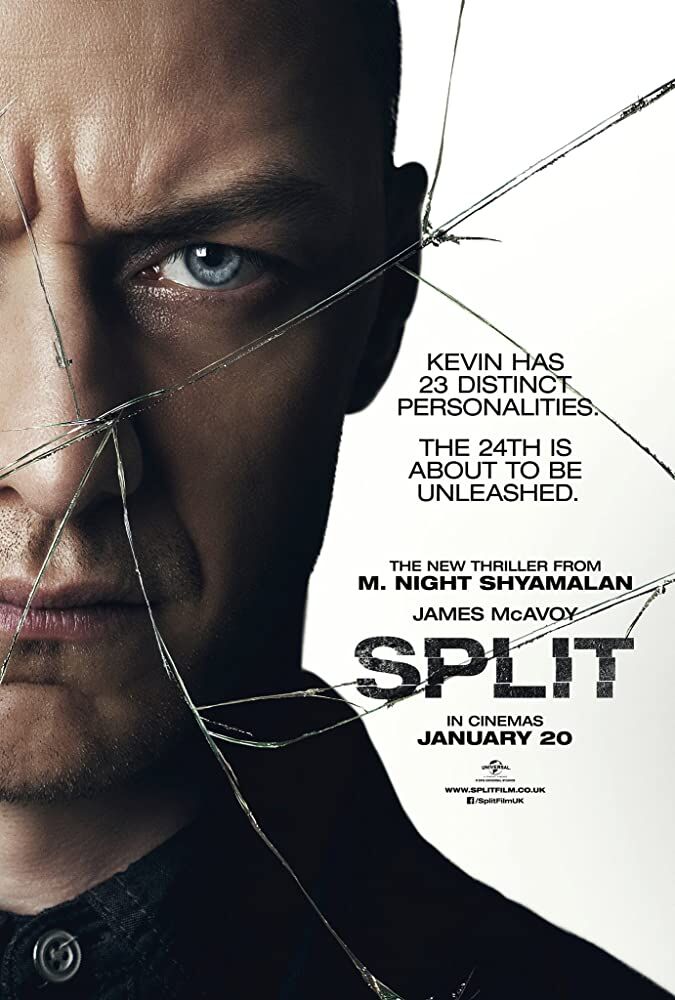 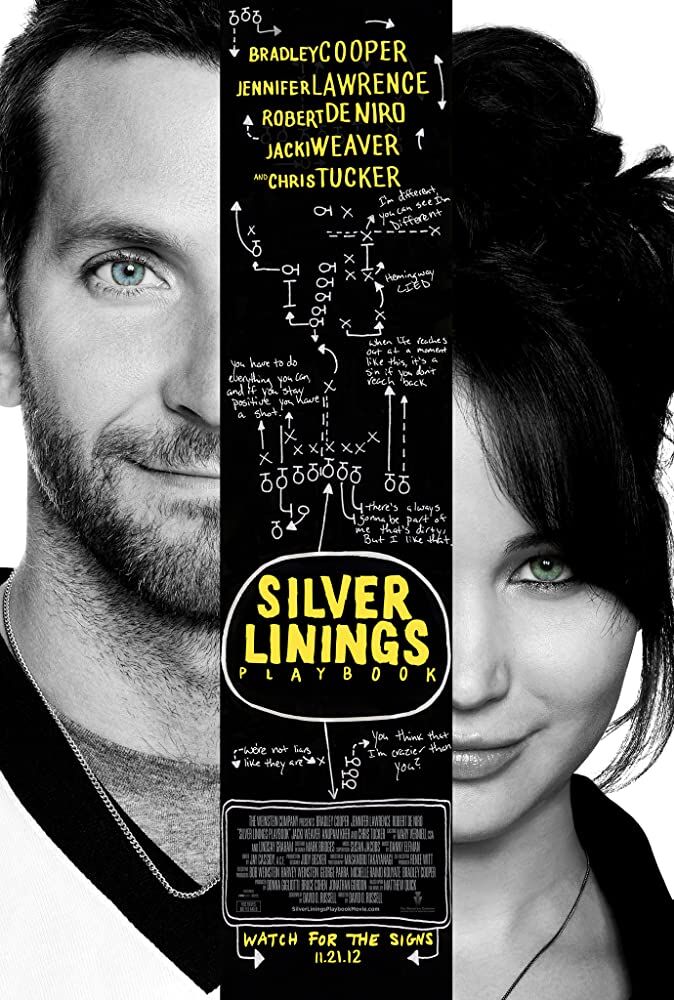 It is no secret that there have been numerous movies poorly portraying mental health. Although there are some that have given a decent demonstration of different mental illnesses, the majority have gotten things wrong.

Whether characters in these films who are experiencing mental illnesses are shown as serial killers or unpredictable lunatics – or both — film portrayals have painted an inaccurate picture of these individuals.

Although these may be seen as “just movies,” many people affected by these mental illnesses may be displeased with how they are being represented to the world and to the average movie-goer.

These films all received significant recognition and even achieved Oscars, but one has to wonder about the inaccuracies of their portrayals of mental illnesses.

“Silver Linings Playbook” is about a man named Pat Solitano who has spent eight months in a mental institution for bipolar disorder. Pat had an episode when discovering his wife, Nikki cheating on him in the shower with another man, causing Pat to brutally beat the man he found her with.

Nikki has since gotten a restraining order against Pat, but after leaving the mental facility, Pat’s only goal was to get his wife back. It is revealed that Pat has not been taking his medication and that he has a new, positive outlook on life.

However, this new perspective did not overtake the need for his medication and this lack of proper medication causes him to have frequent violent outbursts.

Shortly after the film begins, Jennifer Lawrence’s character Tiffany Maxwell is introduced. Tiffany, Pat’s eventual love interest, has mental health struggles of her own, and the film tries to demonstrate a relationship in which two individuals with complicated pasts come together despite their differences to show that “love conquers all.”

Of course, this is “just a movie,” but the film gets so many things wrong. Pat is portrayed as an on-edge lunatic for most of the film, with audiences feeling uneasy and worried for what he may do next. This paints individuals with bipolar disorder in an incredibly poor light; the film even started with him severely beating his wife’s lover.

These portrayals can cause audiences to believe that people with this disorder will also be violent, aggressive and unruly.

Also, according to an articlefrom “Psychology Today,” the way Pat’s therapist is portrayed is incorrect as well, as there is a scene in which his therapist plays the song which was playing when Pat found his wife with the other man, triggering him extensively.

“Split” is entertaining and exciting, but its take on mental illness is quite terrible.

This film is about a man with dissociative identity disorder, or DID, who has 23 personalities. He ends up kidnapping three young women and murdering two of them while attempting to murder the third. This obviously does not make individuals with this disorder out to be good people.

For many watching this film, it is their first time seeing or hearing about DID, and the person with the disorder turns into a murderous monster who has an actual hunger for young women. This completely stigmatizes DID and causes people to associate those with the disorder to the antagonist in the film, effectively vilifying the mental illness as a whole.

Although his character meets regularly with the therapist Dr. Fletcher, who attempts to understand his disorder and help him, things do not go as well as Dr. Fletcher may have hoped.

One of the man’s personalities, called “The Beast,” fights to overtake the other personalities and has superhuman capabilities. This may once again be the case of “it’s just a movie,” but the film portrays individuals with this disorder to be vicious, when this is entirely inaccurate.

In a “Healthline” article, a psychologist and psychoanalyst explained that most of his patients with DID are “highly functioning people,” and that their peers often do not even realize that they have the disorder. This further shows how the film gives a poor representation of those with the disorder.

This movie really takes the cake of vilifying a character with a mental illness. An altogether disturbing — although incredible — film, “Joker” depicts the main character, Arthur Fleck, as an actual maniac.

While it is not explicitly revealed, it is assumed by the viewer that Arthur suffers from mental illness as he meets frequently with a disinterested social worker and takes various medications.

It is evident from the beginning of the film that Arthur is doing terribly. His mother is old and sick, he has a job as a party clown and he is repeatedly heckled and even assaulted by passersby. Fleck feels as though no one cares about him and is not even sure if he exists.

This repeated abuse he experiences continues to beat him down mentally. Everyone ignores his cries for help, and it is obvious that Arthur is struggling.

No one listens to him and he is dealing with extensive mental troubles. However, the movie implies that the build-up of these issues is what causes him to go on a rampage.

In a “USA Today” article, psychiatrist Vasilis K. Pozios explained the trouble that comes with this film’s portrayal of Arthur’s mental illness.

In each of these films, the individuals suffering from mental illness become violent and terrify the audience. Films seem to have become obsessed with the “psychological thriller” in which individuals with mental illnesses turn into killers or begin to terrorize people.

These portrayals may be deemed as acceptable because they are “just movies,” but if films continue to show these individuals in this way, people may begin to associate movie villains with real people who are struggling.

In order to stop these assumptions from being made, films must do a better job of correctly representing mental illness and ceasing the narrative that those suffering from mental illness should be feared.