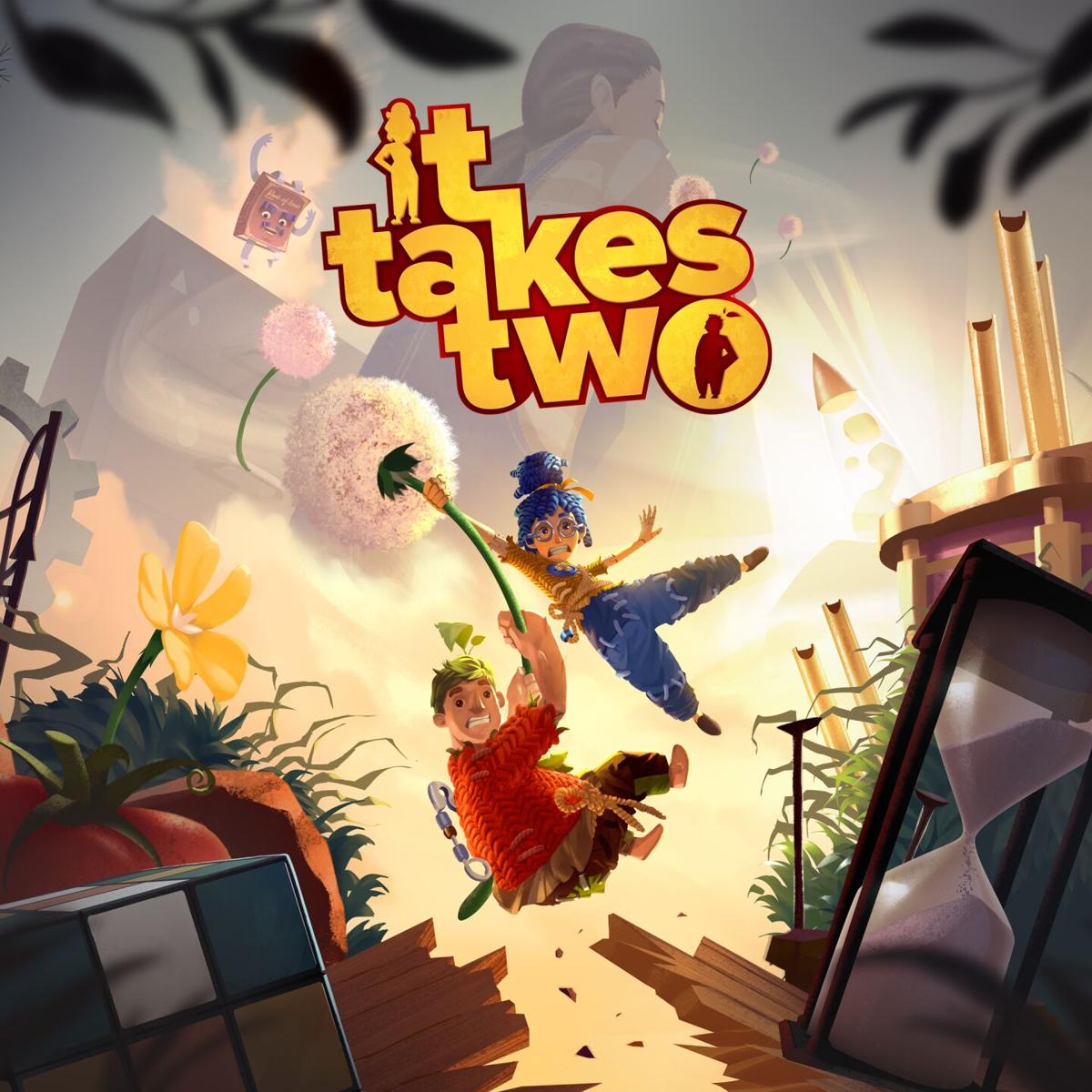 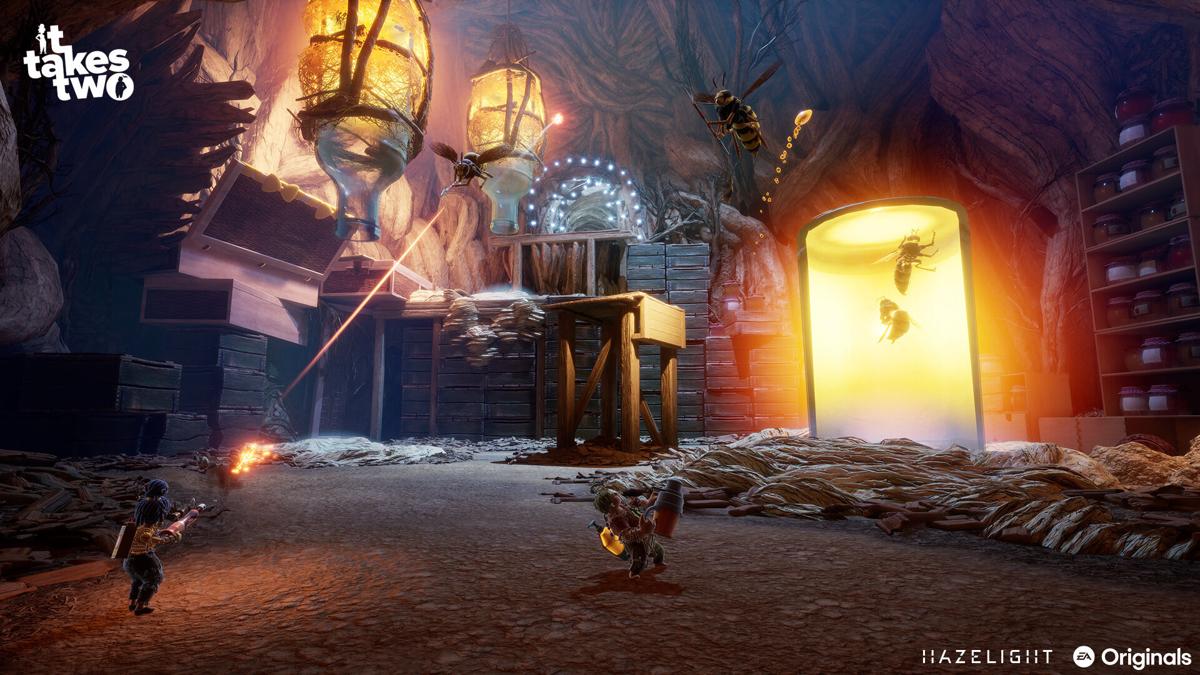 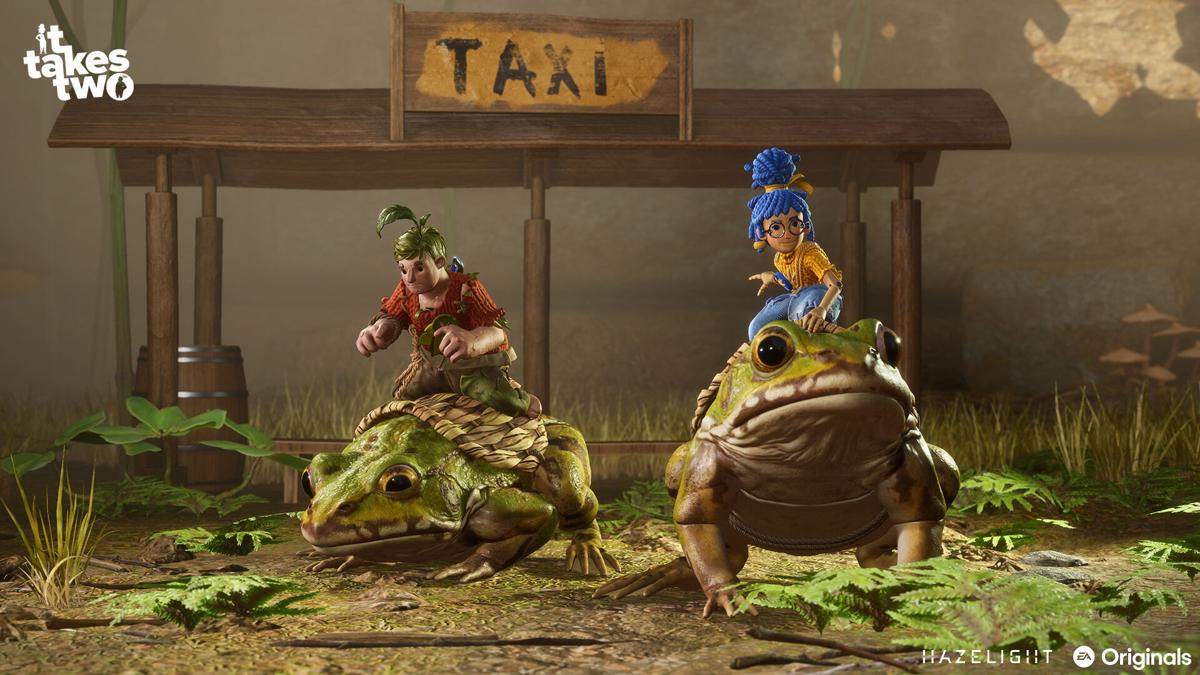 Believe it or not, there was a time before the internet. Before you could connect with your buddies from across the world in seconds to hop into a game of Fortnite or Call of Duty, there was couch co-op. Physically sitting next to your player 2 and tackling a game just has a different feel than playing together online. This is a concept that It Takes Two understands well and manages to perfect.

In It Takes Two, players control Cody and May, a couple on the rocks with plans to divorce. After telling their daughter that they plan to split up, they magically wake up as two of her dolls in a fantastical version of the real world. Led by the magical book Dr. Hakim, the two must learn to work together once again to return to their real bodies.

It Takes Two is the latest game from Hazelight Studios, a developer that seems to be basing its existence on reviving couch co-op. Though they managed to deliver a great experience in prison-break game A Way Out, they seem to have truly hit their stride in It Takes Two. Though you can connect with a friend or loved one online, the developers stress that the best experience comes from being in the same room with another player.

It Takes Two is completely built around the concept of cooperative play. It is literally impossible to play this game without another person. Players won’t make it far in a level without hitting a puzzle that takes cooperation and teamwork to get through. Though these puzzles start out fairly simple, they slowly ramp up in difficulty as each level goes on, making players feel a tangible sense of progression (in both gameplay skill and teamwork abilities).

Each level in it Takes Two takes place in a different fantastical version of a real place. Whether it be a toolshed with living tools, the backyard tree with warring squirrels or in a gigantic snow globe, each level is brimming with comedy and creativity. The sheer absurdity of some levels won’t fail to bring a smile to players faces.

In order to keep things fresh and interesting, each level in It Takes Two introduces a new mechanic. In one level, players will be throwing nails and swinging hammers, and in the next they’ll be shooting explosive honey. Mixing up the gameplay so frequently keeps things from getting boring and constantly challenges players to learn new mechanics and experiment with new ways to team up.

Outside of the main quest, each level also features a number of “couples challenges.” These challenges are vs. minigames where players compete against each other instead of working together. Most of these are generally throw away and are completely skippable, but they provide a nice distraction from the action and give the game some competitive edge.

It Takes Two is a joy to play from beginning to end, especially if you can play with someone you really connect with. It’s sure to provide laughs and frustration but, by the end of the game, chances are you might feel like your cooperation skills have improved alongside Cody and May’s.

If you’re looking for a co-op game that’s a bit more comedic and laid back than many other games on the market, look no further: It Takes Two is the game for you.