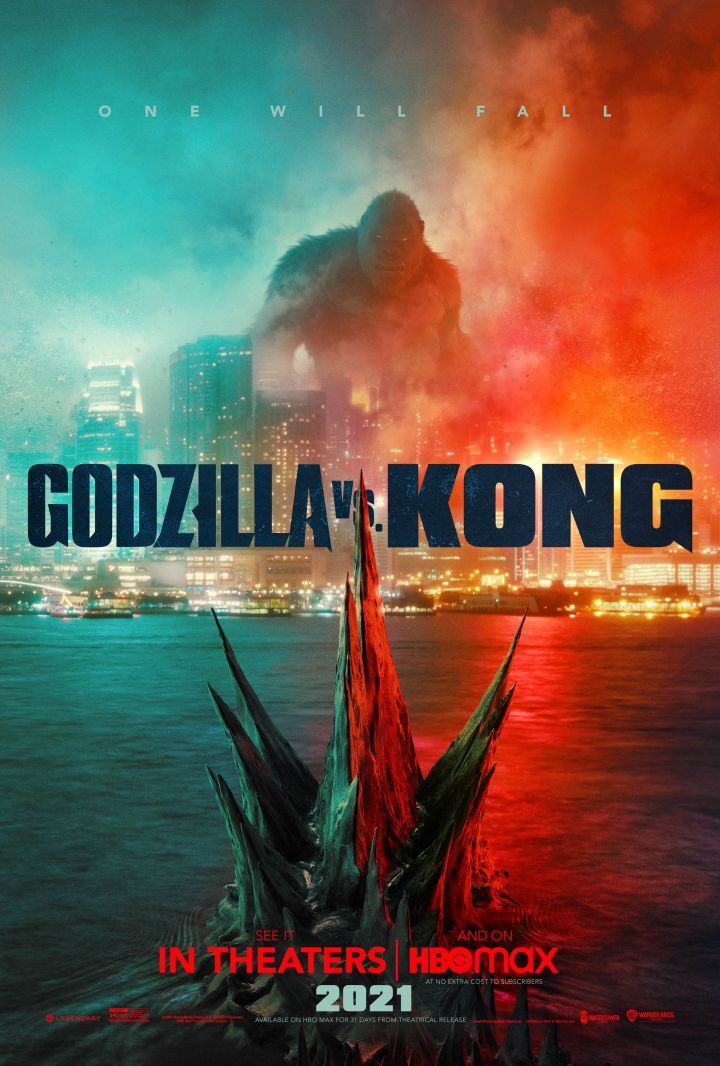 It's big, it's dumb, and it's fantastic. “Godzilla vs. Kong” is not a cinematic masterpiece, but it’s not trying to be either. Instead, it is a two-hour love letter to both iconic monsters that is only interested in having big monster fun.

Adam Wingard operates at the helm of “Godzilla vs. Kong” and imbues the film with a distinct visual style that makes it standout from the rest of the Monsterverse films. Wingard takes cues from another kaiju action flick, “Pacific Rim,” with the heavy use of neon lighting and synthy soundtracks that simmer in the background. The result is a vibrant, colorful film that departs from the dominant blues of “Godzilla: King of the Monsters” or the hazy orange of “Kong: Skull Island.”

The camera work is also stellar during action sequences in “Godzilla vs. Kong.” Inventive use of the camera, like plenty of tracking shots, help sell the power and kinetic energy of each fight.

Speaking of which, if you come into this film expecting great monster brawling action, then “Godzilla vs. Kong” does not disappoint. While there are only two major fights between the titans, both bouts are these glorious extended sequences.

What “Godzilla vs. Kong” very smartly executes on is focusing on each monster’s unique strengths and weaknesses and how the environments they fight in compliment or hinder their fighting style.

Godzilla is a slower, methodical force of nature who weighs in both his sheer strength and powerful atomic breath. On the other side of the coin, Kong is quicker and more agile, able to climb and jump to use his environment to the fullest. Not only that, but Kong demonstrates his same resourcefulness and craftiness that he had in “Kong: Skull Island.”

Both monsters are given ample screen time to please fans, and their detailed animations translate to not only great fight scenes but also the development of each of them as distinct characters. This is especially the case for Kong who operates as the focus of the film. While it’s called “Godzilla vs. Kong,” this is definitely Kong’s movie.

With Godzilla on a rampage, Kong comes out as humanity’s only hope of reigning in the big lizard. Kong undergoes his own personal journey that not only expands the scope of the Monsterverse, but also invests you in his conflict with Godzilla.

As this is a kaiju film, you can also expect largely disposable human characters. While none of them ever stand out as truly bad, they hardly make an impression either. Instead, they function to move the plot forward and provide context around the big monster brawling and hyping the audience up for the next big fight. There are plenty of just straight dumb moments from the humans but nothing that is so offensive that it breaks the movie.

If anything, the human actors do seem to be having fun with their roles and showcase a level of self-awareness on the absurdity that the fate of their world hinges on a battle between a radioactive lizard and a big monkey.

That being said, one stand out of the humans is newcomer actress Kaylee Hottle who plays as Jia — a young, deaf girl who shares a special bond with Kong. While her moments are brief in the film, her scenes with Kong are genuinely touching and create the emotional center of the film. She is key to not only keeping the humans somewhat likeable, but also layering in more motivation for Kong to defend the humans.

The final act of this film is pure, unhinged monster-on-monster violence. Both Kong and Godzilla are given time to shine in final fight. Visually, this is the best-looking fight sequence in the Monsterverse films — even surpassing some of the action in “Godzilla: King of the Monsters.”

At the end of the day, “Godzilla vs. Kong” understands exactly what kind of movie it is and doesn’t pretend to be anything else. It’s big, stupid fun from start to finish, and while the middle act does drag a bit, the finale more than makes up for it. More than anything, “Godzilla vs. Kong” stays true to itself and will surely be a favorite among monster fans for a long time.

Also, the fight doesn’t end because someone says “Martha,” so that’s a plus.

The MLK Commemorative Commission held a celebration for Juneteenth and Dr. Martin Luther King at World's Fair Park this past Saturday.