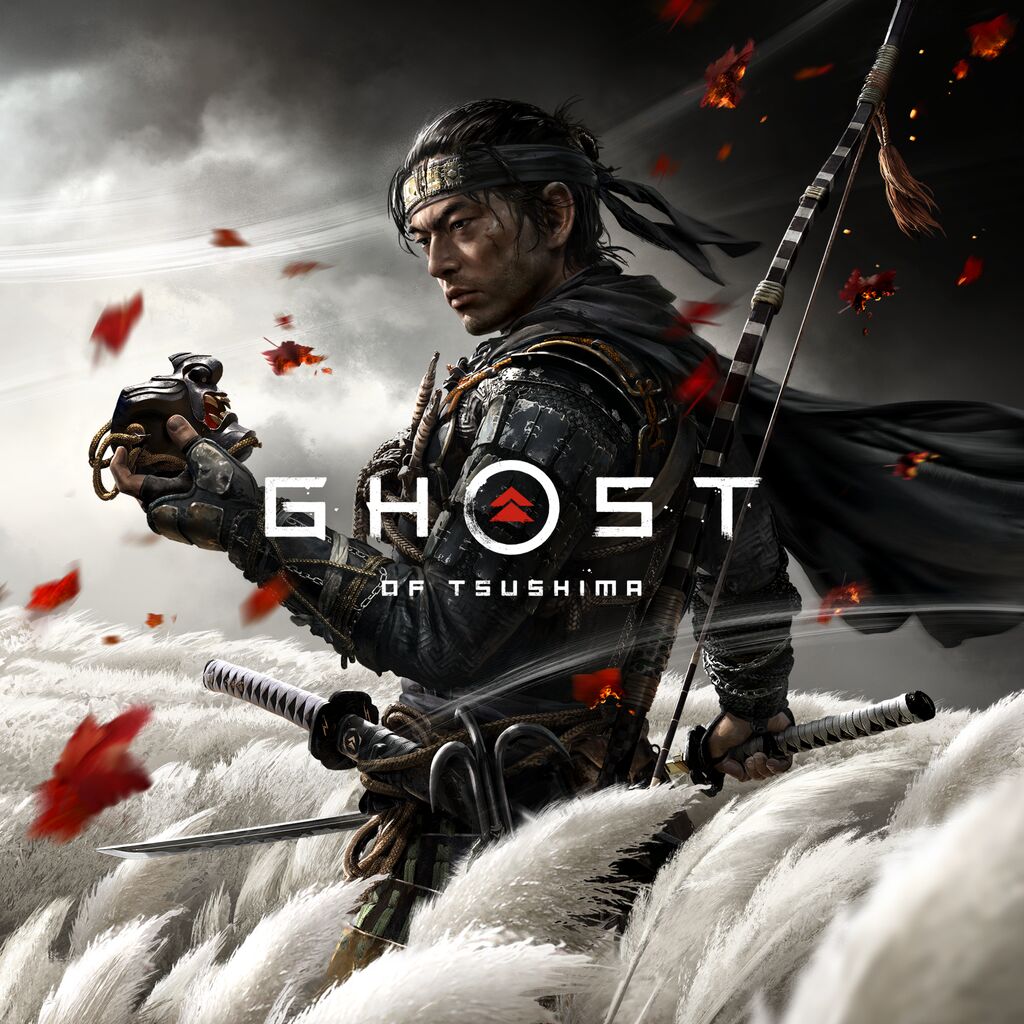 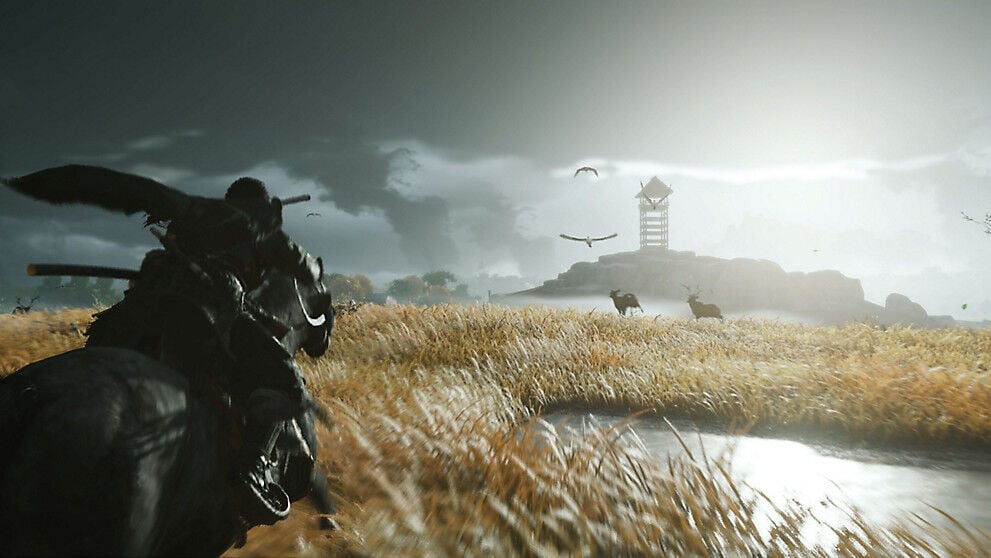 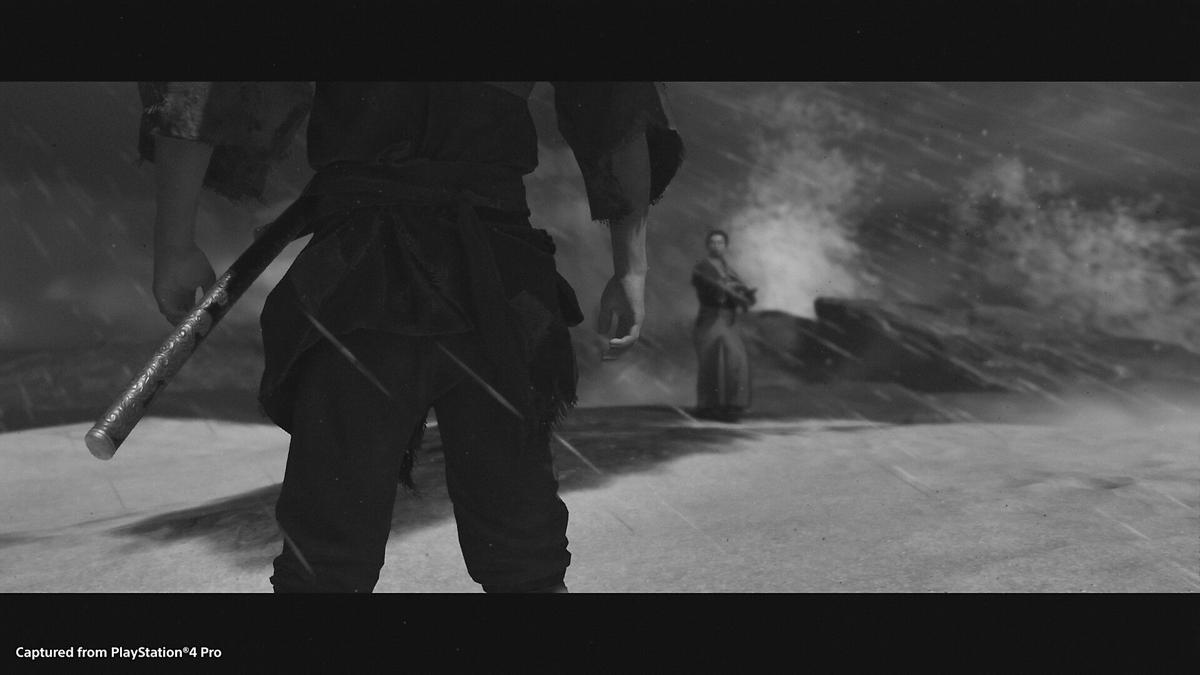 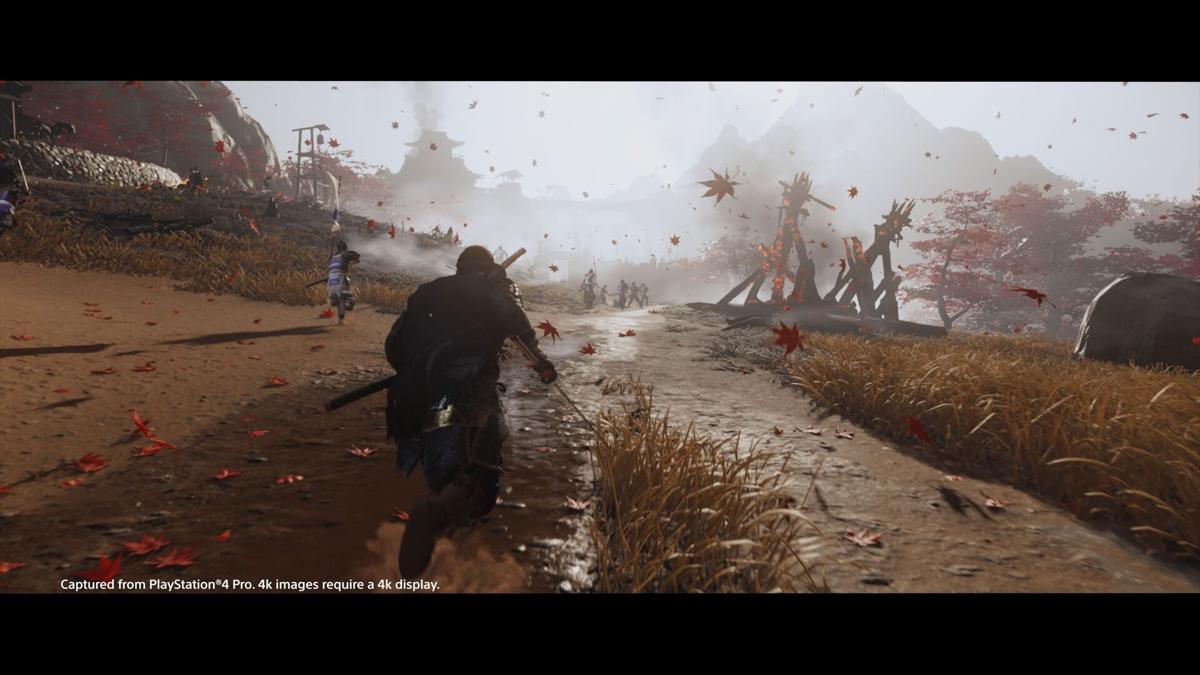 The PlayStation 4 has experienced a wealth of well-crafted, single-player focused exclusives within the past couple of years. From Horizon: Zero Dawn and God of War to The Last of Us Part 2 to a couple of months ago, Ghost of Tsushima is set to close out the PS4’s line of exclusives on a high note.

Developed by Sucker Punch Productions, the team behind the Sly Cooper and Infamous franchises, Ghost of Tsushima is an open-world action-adventure game set during 13th century Japan. Players take control of Jin Sakai, a young samurai lord, during the eve of the Mongol invasion of the Tsushima islands. The initial battle with the Mongol army devastates the island’s forces and Jin is forced to rally the people of Tsushima and retake their island.

Let’s start with the strongest aspect of Ghost of Tsushima: its world. The world of Ghost of Tsushima draws heavy inspiration from the real Tsushima islands, its history, as well as the stylings of old samurai cinema such as “Yojimbo” and “Seven Samurai”. What we get is a gorgeous vision of Japan that blends history and the mystical.

From the wind blowing through forests of golden Ginkgo trees to slats of sunlight piercing through a bamboo clearing, Ghost of Tsushima evokes a powerful sense of nature and beauty. Go anywhere in Ghost of Tsushima and I guarantee you that you will find a beautiful vista worthy of being your wallpaper.

However, if there is one downside to the visuals, it is how flat and muddied textures look under scrutiny. The interior of buildings look especially washed out. Certain character models look un-detailed and sport not-so-polished animations, such as how foxes don’t quite touch the ground as they walk. However, these should all be taken as minor nitpicks. While Ghost of Tsushima may not be the most graphically intensive open-world game I’ve ever played, it certainly is one of the most stylish.

Of course, this being a samurai game, the combat needs to fit that style, and Sucker Punch certainly delivers in that department. While I have seen comparisons to Assassin’s Creed the swordplay of Ghost of Tsushima is more akin to the Batman: Arkham series. Players will often have to juggle between multiple enemies coming at them at once, and, once you get a grasp on the timing of dodges and parries, there is a nice flow to the combat as Jin effortlessly cuts down his enemies.

The game encourages the player to think like a samurai, so patience and good timing are the keys to victory. One example of this is the dueling mechanic called “standoffs.” Anytime the player approaches a group of enemies, they can challenge them to a standoff, giving the player the opportunity to eliminate a few enemies before beginning combat proper. It’s a tense and cinematic encounter where the player has to unsheathe their blade just as the enemy attacks. Enemies will do feints and screams in order to fake out the player. Small moments during combat like these make the experience feel rewarding and give you the sense that you are a proper samurai.

Since Jin always uses the katana as his primary weapon, different stances are what helps keep melee combat varied. In Ghost of Tsushima, each enemy has a defense bar. Before you can do proper damage to an enemy, the player first must break their defenses. While you can just hack away at their defenses, the best way to bypass them is to use the correct stance. There are four stances in the game, and each one corresponds with a specific enemy type. For example, the stone stance is most effective against swordsman and the water stance against shieldsmen.

The problem that I find between the stances is that, functionally, they aren’t very different from each other. Besides some different animations, they all have the same damage outputs, attack speeds, and reaches. While each stance does possess one unique combo, you will rarely ever use it outside of the stance’s preferred target. In my eyes, this discourages experimentation in sword combat. Switching between stances feels less like I am a sword master and more like I’m playing a deadly game of rock-paper-scissors.

The biggest shortcoming of the stances comes during duels, which are effectively one-on-one boss fights. While these duels are often fun, climatic events, your strategy will remain the same for nearly all duels. See, since most of the duelists you face are also swordsman, there is no reason you would ever use another stance besides the stone stance, making most duels play out the same way. While the duels are pretty to look at, they are not quite as engaging as they should be.

Finally, we get to the “Ghost” style of gameplay: stealth. Simply put, stealth is quite a bit of fun, and Jin gets plenty of tools to silently take out his foes and strike fear in their hearts. These range from gruesome poison darts to sticky bombs that were dipped in tar. While stealth is fun, it is also too easy. The enemy AI is not very smart and is easy to dupe, and, even on higher difficulties, I found that I always had plenty of stealth tools at my disposal to quickly and quietly take out my enemies. Over time, I did find that stealth got too repetitive and easy, and opted for open combat instead.

In Ghost of Tsushima, you will be doing largely the same thing you have done in other open worlds games: accepting side quests, completing challenges, and retaking enemy outposts that dot the map. As for the main story, I found it to be good, if a bit predictable.

Most of the main story deals with Jin’s internal struggle as he resorts to more brutal tactics once he realizes the honor code of the samurai is not enough to defeat the Mongols. It’s an interesting story, supported by an entirely Japanese voice cast, but many of the major story beats become painfully obvious as who dies and who betrays Jin is heavily telegraphed.

As for the side quests, these activities are dubbed as “tales.” To be honest, most of the tales are skippable. Some of the basic tales suffer from having a very similar structure; Jin goes to an area, investigates it, follows a trail, and kills some enemies. While the tales themselves aren’t bad, they do have a bad habit of repetition when it comes to gameplay. There are a few tales that subvert this, but most stick with that Witcher 3 style of side-questing.

However, I should note that there are certainly some tales worthy of your time. During Jin’s journey to become the Ghost, he meets allies that help him in his cause. These allies have their own unique storylines that stretch out across the game’s entire length. These character storylines serve as a great way to get to know these characters and see them change over the course of their story. Not only that, the character storylines also do a fantastic job of offering up nice gameplay variety that the regular tales do not.

My personal favorite character storyline was that of Lady Masako Adachi. Lady Masako is the elder matriarch of Clan Adachi and she enlists Jin’s help in unraveling the conspiracy that destroyed her family. There are some wonderful character moments here, and often times these character side quests outshines Jin’s own personal story.

Finally, we get to the best part of Ghost of Tsushima: the mythic tales. Mythic tales are special side quests that rewards the player with special gear and combat techniques. These quests blend the history and myths of Tsushima island. These quests kick off with gorgeously animated cutscenes that provide the history of the myth to Jin.

Gameplay wise, these mythic tales are Ghost of Tsushima at its best. Mythic tales meld together fantastic environmental design with cleverly placed combat encounters. One of my favorite mythic tales involved using hyper-stylized paintings to find the right landmarks to venture towards. Even if you are the kind of player that only focuses on doing the main story, I urge you to go out and do all of the mythic tales; you won’t regret it.