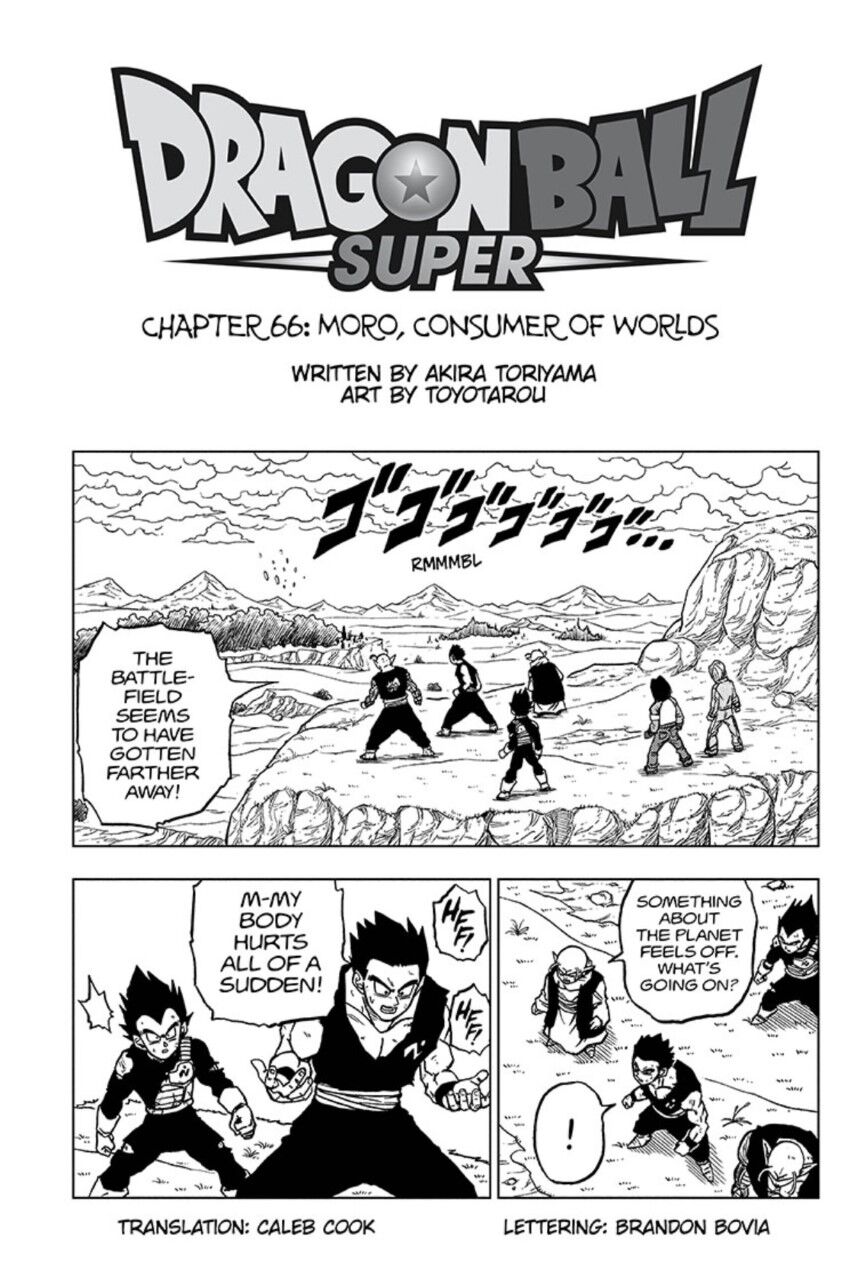 Though cool in many aspects, chapter 66 of “Dragon Ball Super” is quite derivative as far as content is concerned. How disappointing that “Dragon Ball,” the father of shonen battle manga, now feels derivative of the genre it helped create.

To be fair, much of that issue comes from copying itself. The chapter is riddled with unoriginal ideas and concepts, solutions that have already been used.

Let’s break it down.

On one hand you have Moro who has combined with the planet itself, whose goal is to blow up and take the galaxy with him.

So that’s essentially what Cell did at the end of his saga, attempt to blow up and take everything out with him.

On top of that, you have Moro absorbing the energy of all creatures on the earth, yet the visuals are identical to that of the famous spirit bomb technique that Goku used to take out Frieza and Majin Buu.

Jump to the other hand and you have the Z Fighters’ strategy to win, fill Goku with the energy of others, using Vegeta’s new ability to tear energy away from people, but in reverse.

You might be thinking, “wait, that sounds stupid and convoluted.”

You’d be right, because that exact same thing has been done in “Dragon Ball” before without the help of Vegeta’s new ability. In fact, Goku can do it himself with his spirit bomb.

Other people passing their energy freely to Goku is also how he defeated Broly in the original “Broly” film. Vegeta’s new ability isn’t really required, because this method of power transfer is already pretty well established.

There was one rather interesting aspect of the chapter though, in that the young Uub had a role. He too lent his energy to Goku in this chapter, passing on his divine chi inherited from the Supreme Kai he is in part composed of.

However, this is where things get weird, and if you’ve seen “The Legend of Korra” you might be having a terrible sense of déjà vu.

When Goku get’s this energy from Uub, he suddenly receives his own perfected Susanno from “Naruto,” identical to the final fight in season 2 of “The Legend of Korra.”

If you’ve seen either of these things you’ll know exactly the imagery being described. It makes no sense for what has been established as being a thing in “Dragon Ball,” and doesn’t feel original.

In a sense, they’re trying to peddle old techniques and strategies as new, and furthermore taking random forms from other series and inserting them just to add a bit of spice.

Goku didn’t need that to win, and that form didn’t even really matter. He could have just as easily blasted through Moro’s hands as he had been before and shattered his forehead crystal.

Why draw Goku using Naruto’s tailed-beast mode, when he can just win in a way that is consistent with the series?

At the very least, the ending of his the battle will look cool when animated.