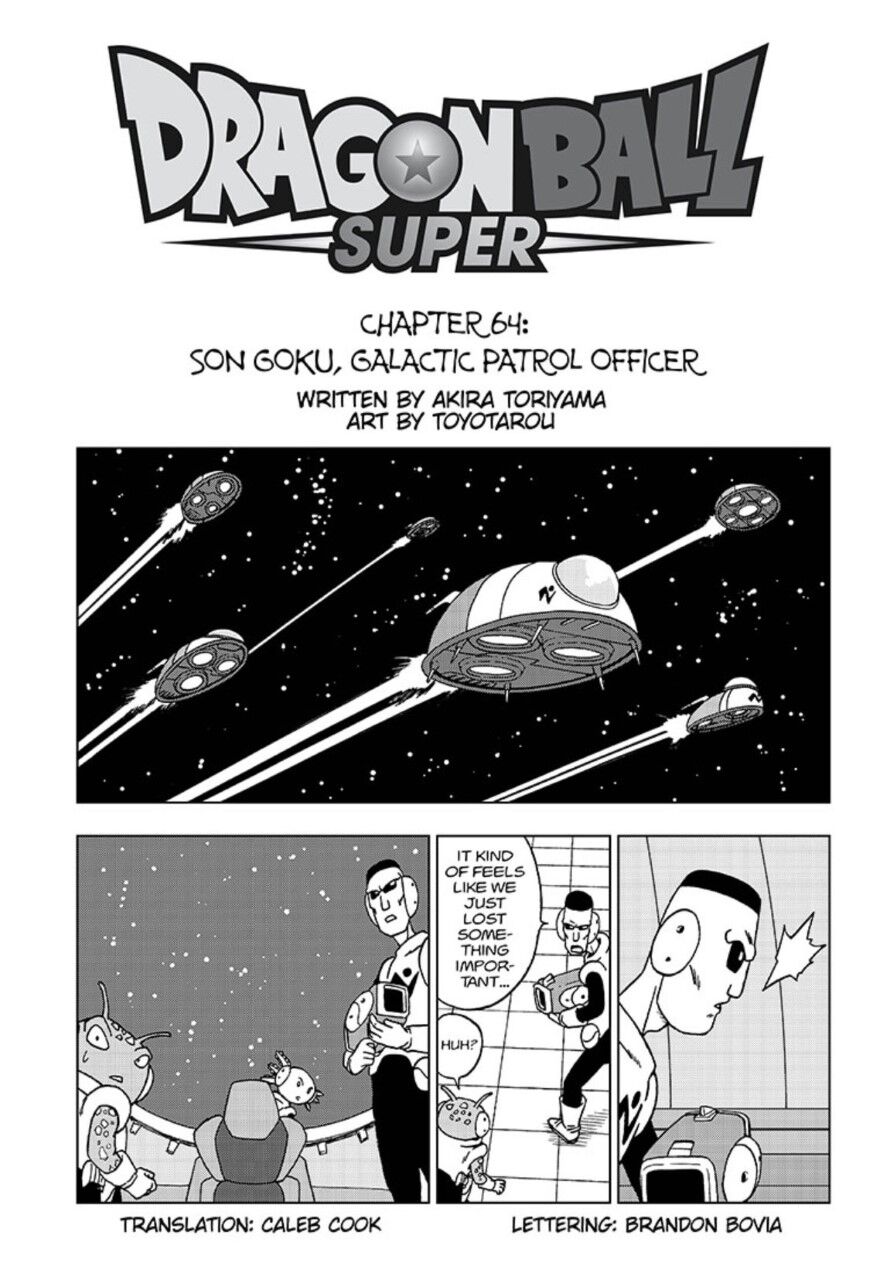 However, just as the last chapter seemed to want to mimic Goku’s original transformation into a Super Saiyan, this chapter holds a similar aim, but with an odd, character driven focus.

Essentially, the chapter is steeped in sentimentality over Merus’s death, leading to a discussion between Goku and Jaco about purpose.

Of course, this leads to Goku making a statement of his own purpose. However, the problem is that it doesn’t make sense for Goku’s character to be having questions about his purpose, or even questioning why he is fighting in the first place.

Goku is a static character, he doesn’t change. Instead, he has a personal philosophy that he imparts onto others. Conflict with “Dragon Ball,” therefore, stems from enemies whose philosophies clash with Goku’s, and Goku defeating them proves that his is correct.

Yet, in chapter 64, Goku suddenly has to think about why he’s battling Moro and concludes that it somehow has to do with being a member of the Galactic Patrol. However, the thing is, Goku is battling Moro for the same reason that he’s fought any villain in the series. He’s a threat to planet Earth, and by extension the entirety of Universe 7.

Ultimately, this opening chunk of the chapter proves useless and does nothing for the story.

However, the visual storytelling that follows is spectacular.

Toyotarou does a phenomenal job of conveying boatloads of information with very little dialogue. This is possible thanks to a pre-established understanding of abilities, as well as the relative simplicity of them.

Throughout the battle that ensues, every panel informs the reader. Body language, placement and the depiction of movement is all done flawlessly.

The illusion of movement is an aspect that Toyotarou pulls off particularly well. His use of speed lines is conservative, and he mingles them with body blurring and after images. This creates a far better final product than one in which only a single method is employed.

Additionally, his careful paneling results in impactful scenes when combined with the aforementioned techniques.

Where some manga tell the reader far too much, “Dragon Ball Super” just shows the reader what they need to know. This is important for manga and doing it well is what makes a story stand out from the crowd.

While the chapter flubbed its opening, it returned to standard fashion at the finale by highlighting how Goku has never changed. Even as those around him alter their views and perspectives, Goku continues to be the character people have always known.

The ramifications of this, however, could have drastic consequences for him, because while Goku hasn’t changed, the stakes of the battle have skyrocketed. Readers will simply have to wait till next time on “Dragon Ball Super” to see what happens next.