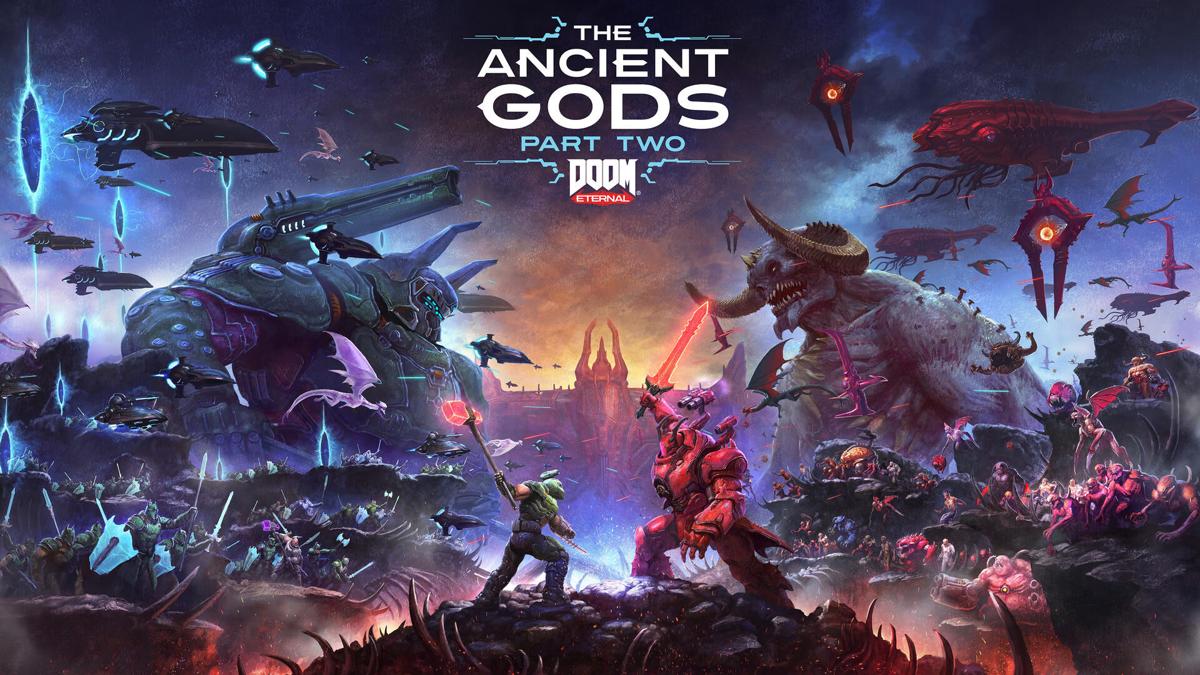 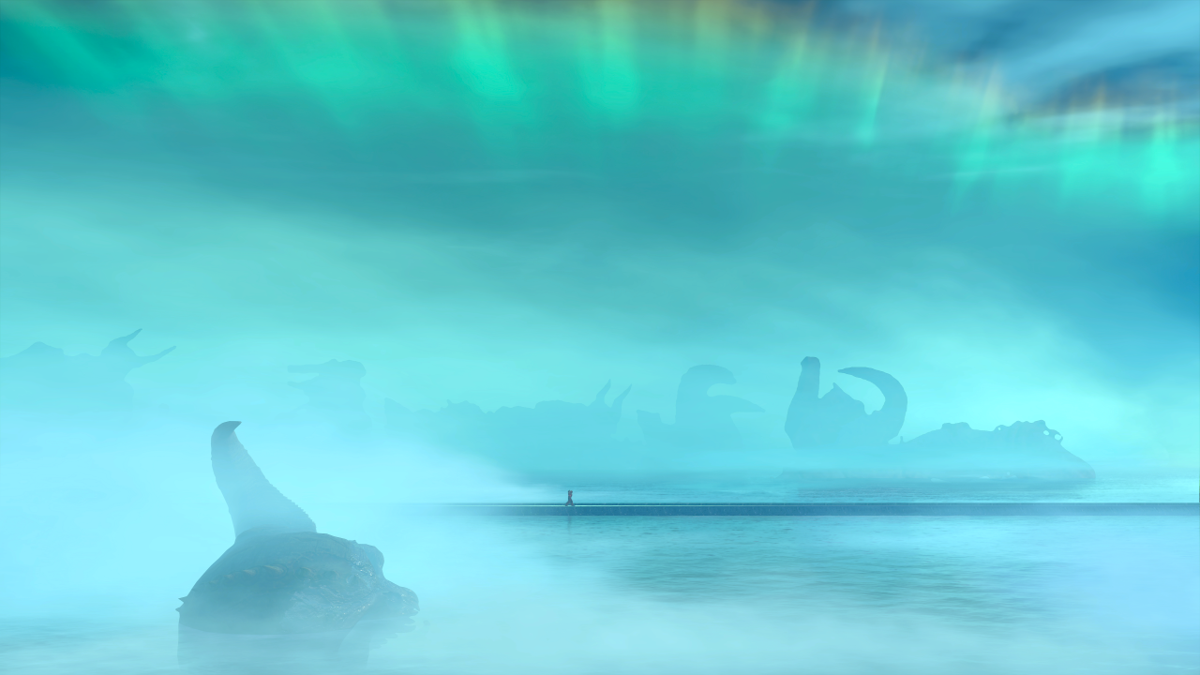 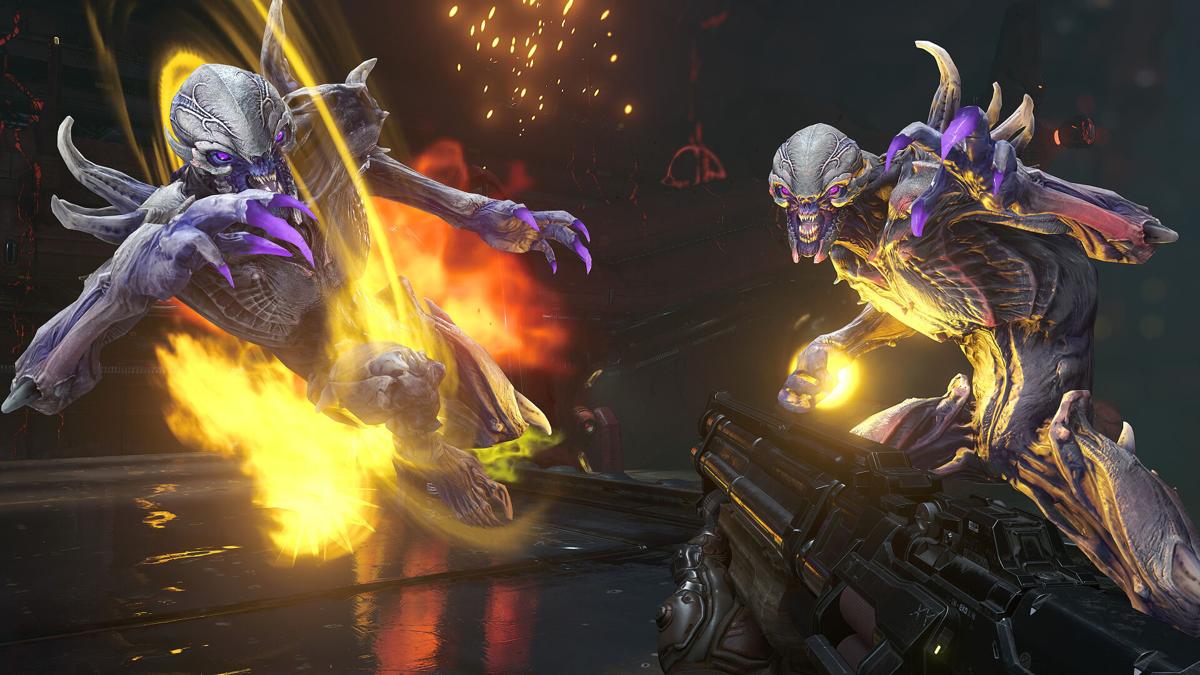 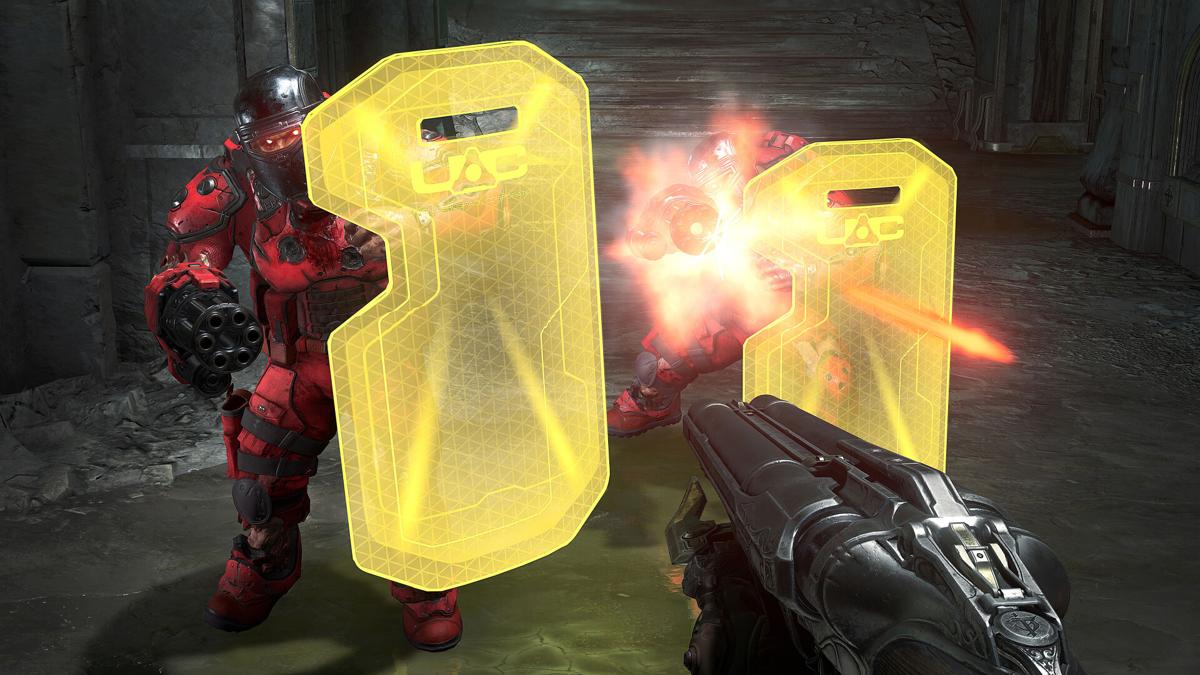 The Ancient Gods Part 2 isn’t just a continuation of Doom Eternal’s first DLC, but also a culmination of the Doom Slayer’s journey since the 2016 reboot.

We as players have been a part of the Doom Slayer’s crusade from the very beginning. We have witnessed him fight through the demon infestation on Mars and slay both demons and gods alike, and now it is time to end things. What the Ancient Gods Part 2 offers is a climatic finale that acts as both the ultimate test of player skill and an unapologetically metal farewell to the greatest demon slayer to exist.

At the end of the first part, the Slayer made one last bid to wipe out Hell for good by resurrecting the Dark Lord, Hell’s creator. The plan was to execute the Dark Lord as soon as he returned so that all his creations would die with him.

With the newly resurrected Dark Lord preparing his demonic forces to take over the universe, it is up to the Doom Slayer to amass an army and lead the final battle against the forces of Hell.

What follows is a three-hour romp of pure, bloody carnage. Eternal’s unrelenting combat is its greatest strength, and this DLC leans into that hard.

Compared to the first DLC, Part 2 doesn’t feel as difficult, but this doesn’t have to do with lowering the intensity of combat or lessening how many enemies you face. If anything, it feels like there are even more demons to contend with than anywhere else in the game.

Like the first DLC, The Ancient Gods Part 2 introduces new foes to the fray. One of these is the Armored Baron, a Baron of Hell that has received a few new high-tech upgrades. His armored suit makes him nigh invincible to traditional damage, so the only way to take him down is to destroy the armor. Either a well-timed shot to his iron gauntlet right before he attacks or overloading his suit with plasma fire will do the trick, but he will regenerate his suit if left unattended.

Another nuisance is the stone imps. While these little guys have been nothing more than resource fodder in the past, stone imps are a dangerous variant that can fire themselves at you like a demon cannonball and will focus on swarming you with their sheer numbers. The best way to dispatch them is to use the full auto mod on the combat shotgun to turn them back into a red mist.

At every turn and encounter, The Ancient Gods Part 2 challenges the player with difficult and overwhelming opposition. Thankfully, it does grant you one new weapon to help turn the tide: The Sentinel Hammer.

Acting as a replacement to the Crucible Blade from the base game, the Sentinel Hammer does more than enough to prove itself as a worthy addition to your arsenal.

When activated, the Slayer leaps high into the air before crashing down with the hammer, unleashing a powerful shockwave. Weaker enemies will be instantly decimated and larger demons will be stunned and ready to receive their divine punishment.

The hammer also perfectly compliments the rest of your arsenal, as any enemy caught in the blast will drop a ton of ammo. It can also be used in conjunction with the rest of your equipment for more resources, like the Flame Belch for armor or the Cryo Grenade for health. Best of all, it can also be recharged quickly with two glory kills.

The Sentinel Hammer is a powerful tool that fits naturally into Doom’s combat flow. The hammer is without a doubt the best addition in Part 2 and fills a certain void that was left in the previous DLC. As the Slayer, you feel like you’ve finally reached the peak of your power and are ready to face the final challenges that Hell has to offer.

While levels in Part 2 feel more linear than the last DLC, it also focuses on getting you into the fight even quicker. There is very little breathing room to be had here, and that’s okay. The unrelenting pace of the DLC just further adds to the sense that everything is starting to come to a head.

New additions to the levels include grapple points which the player can use their Meat Hook to swing from. They make for some fun platforming sections as well as stylish parts of combat arenas.

Escalation nests are a lot of fun and a great way to challenge experienced players, but they can also be a bit buggy. The first time I activated the second part of an Escalation Nest, the game bugged out and endlessly spawned waves of fodder enemies instead of the larger demons needed to complete the Nest, forcing a reload of a recent checkpoint.

Finally, we have to talk about the final boss fight. While it is cool, it’s also underwhelming as it borrows too much from other fights in the base game. Much like the Marauders and the Gladiator fight in Eternal, you spend most of your time strafing between attacks and waiting for that green glow so you know its okay to attack. In fact, this fight is even more punishing as a mistimed shot or getting hit by one of the boss’s attack can actually heal them.

Its difficult to tell exactly what the future of Doom looks like after this DLC, even more so given Microsoft’s recent acquisition of both id Software and the Doom license. However, if this truly is the end of the Doom Slayer’s tale, then it was one hell of a ride.

Part 2 gave all of the action and fan service that a Doom fan can possibly want, and if this version of Doom has to end somewhere, than its good it ended on a high note.