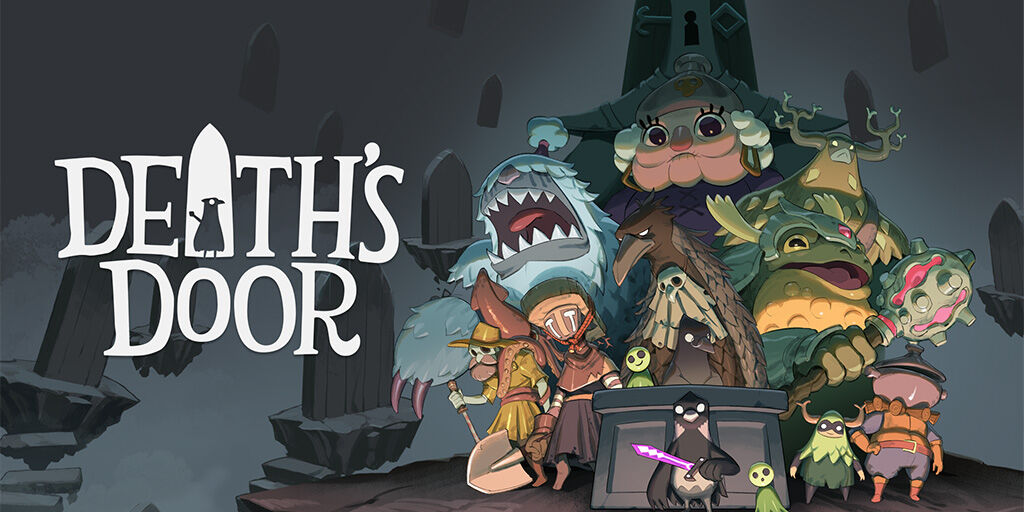 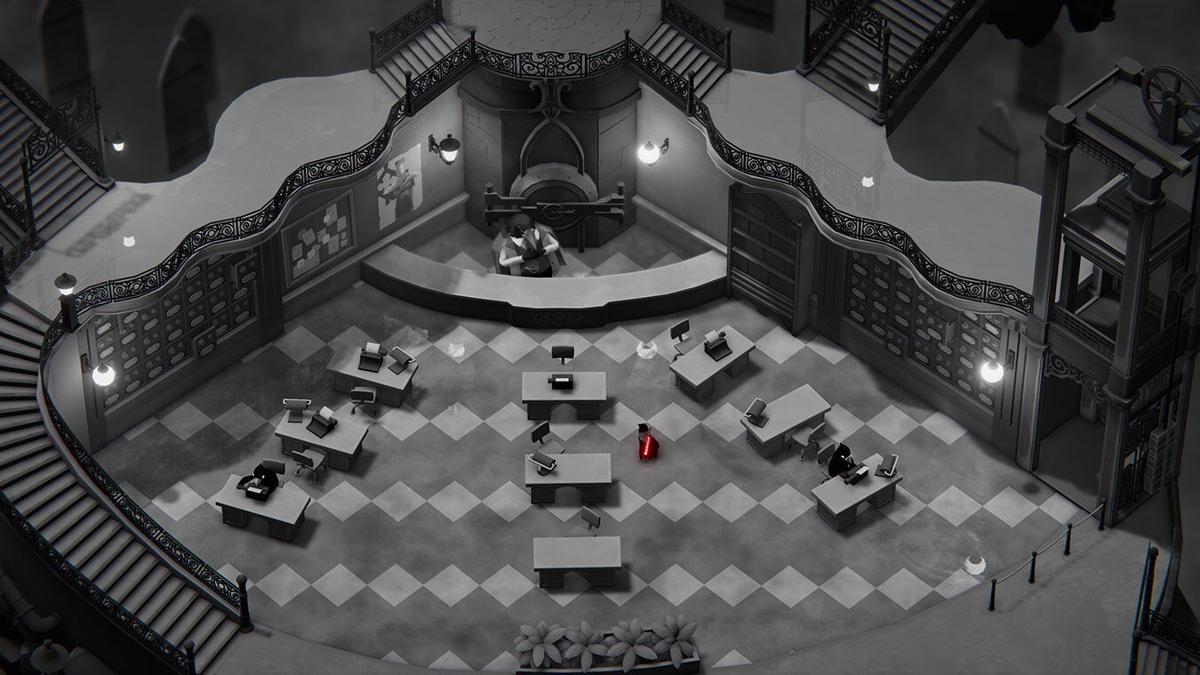 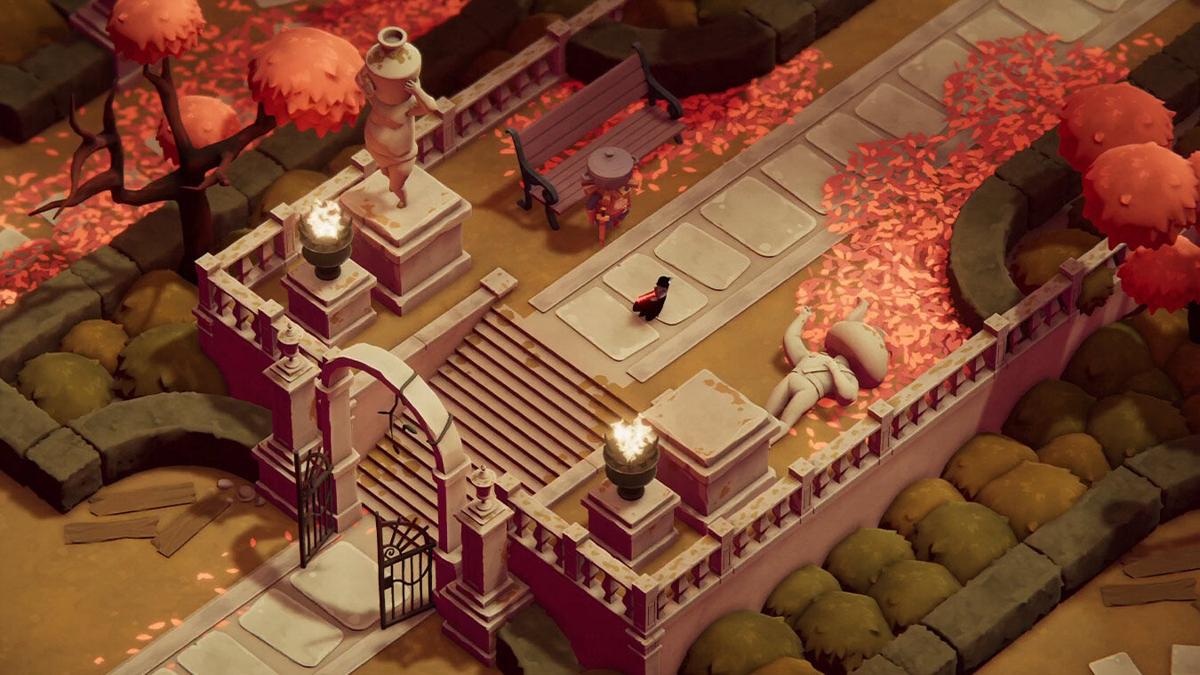 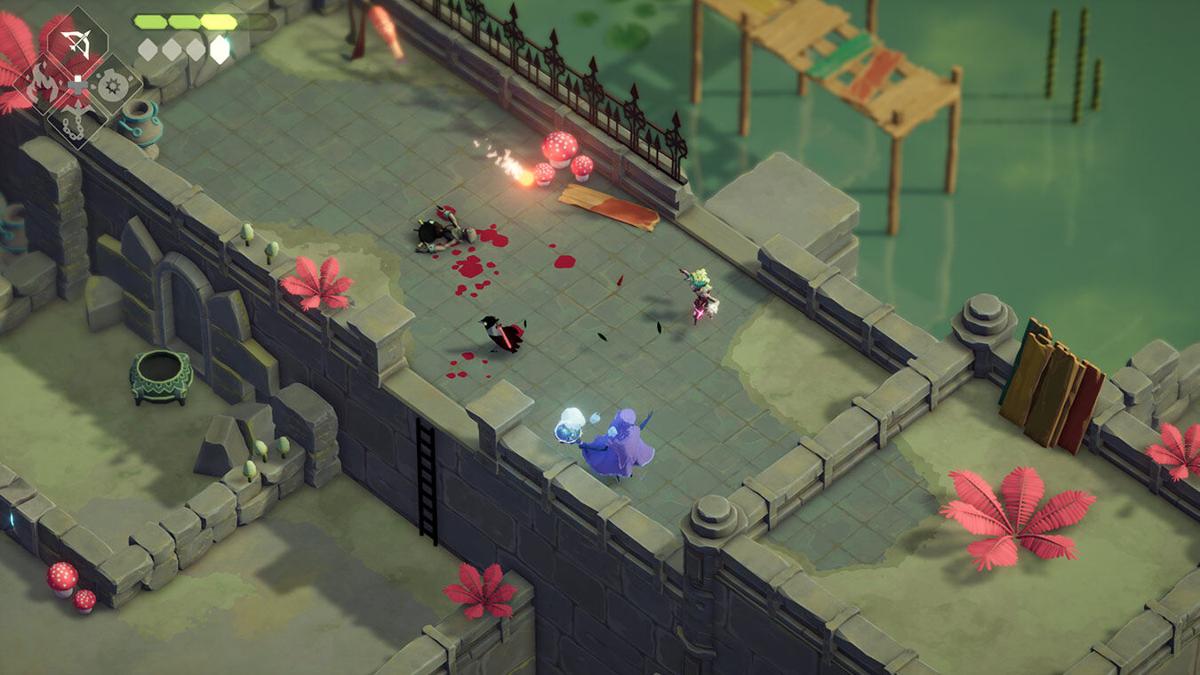 At first glance, Death’s Door appears to be a combination of different influences. You can see a bit of Legend of Zelda, a little Dark Souls and even the gothic cartoon style of a Tim Burton film ingrained in its DNA.

Yet what separates Death’s Door from being the sum of its inspirations is how confidently it carries itself. From its art, writing, combat and music, Death’s Door brings a level of polish and style that, while not wholly original, is nearly perfect in every way.

Death’s Door is an isometric action-adventure game by Acid Nerve, the same team that developed Titan Souls. You play as a Reaper, a little Crow with a sword whose nine-to-five is reaping the souls of demonic creatures. As part of the Reaper Commission, your job is to reap the souls of those who have lived past their death date. Failing to reap your assigned soul comes at the cost of your own immortality (and loads of paperwork with it).

The actual atmosphere and lore of Death’s Door is utterly fascinating. The world is in a decaying state as evident by the muted color tones in each level, yet life is still shown to persist. The art is visually arresting with levels that look like playable storybook pages.

There’s also surprising depth in the lore as the game feeds the player breadcrumbs of what exactly is the Reaper Commission and their relationship with the natural world. The history and purpose of the Reaper Commission is the driving force of the game’s narrative, and Acid Nerve provides ample twists and turns on its concept.

All the while, Death’s Door never takes itself too seriously, much to its benefit. It never wastes a moment to crack a joke while never feeling at odds with the world it’s told in. Characters are memorable as their personalities are both charming and goofy. Take for example Pothead, the jovial knight who is as warm and friendly as the soup in his head.

As far as gameplay goes, Death’s Door is combat-focused. Careful, decisive action is necessary to survive, and a few mishaps can easily spell your demise. How health works is that you start with four pips of health. No matter the attack or how you take damage, you lose one point of health. Any mistake can come at a costly price.

As a result, this forces the player to approach each combat scenario with caution as even the lowliest enemy can pose a threat. Teetering on the balance between success and death, combat feels exhilarating and fun. Players will find plenty of tense moments where they barely eke out a victory against a tough encounter. Death’s Door can be tough, but also immensely rewarding.

The boss fights especially deserve some praise. Each of the bosses have unique designs and personalities that make them so much fun to fight. These encounters will keep players on their toes, and they often play around with the environment in creative ways. While you are bound to die and die again to each of the bosses, they also provide a great learning lesson that comes in handy when you face the final boss of the game.

As any good Legend of Zelda-like should be, combat is only half the fun. The game also encourages plenty of puzzle-solving and exploration. While not tough to solve, it feels enjoyable to figure out some of these puzzles, especially the craftier ones in the later part of the game. As you progress, you will gain different magical abilities that are not only handy in a fight but will also open up new pathways for you to discover.

Death’s Door never wastes your time as the player. Exploration is always rewarding. Whether you find a shiny new weapon or a secret boss, its always worth it to stray off the path. Visually, the levels are already breathtaking as is, so a little bit of exploration is always a great excuse to take it all in. Not to mention, the music is phenomenal as it both inspires a sense of adventure while also being very chill.

If there is one serious criticism for Death’s Door, its the lack of accessibility options in the game at launch. Right now, the options menu is pretty bare, and there are no ways to adjust the difficulty in the game.

It’s a shame considering this game should be a must-play for so many players, and not having these options present just mean less players can experience this wonderful game. The game could really use some options like lowering the combat speed or having the option to adjust the camera zoom for players that are hard of seeing.

When we reached out to the devs for this review about accessibility and difficulty options, they stated that while there are no current plans to have these options at launch, they are open to more accessibility feedback. Hopefully, these kinds of options can be patched in in the future.

Death’s Door has a relatively short runtime, at only about eight to ten hours to complete, but this is just one of its strengths rather than a flaw. There is simply no bloat on this game, and the pacing feels perfect as there is never a moment where it feels like the game is dragging.

Death’s Door borrows elements from other games, but it never feels like an imitation as these gameplay elements are refined to perfection. There are hardly any faults to be found, and the energetic combat, wonderful art and music just rounds out the whole package. Death’s Door is a must-play, and if there is one game that is well worth your time, this is it.