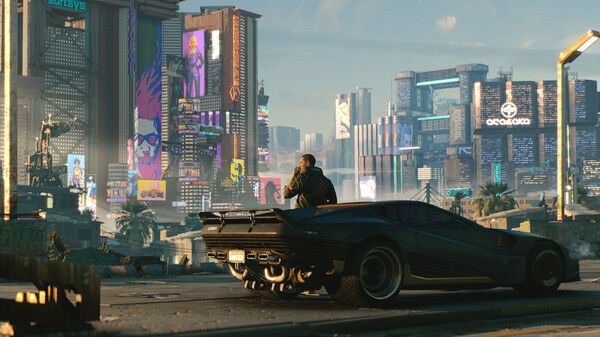 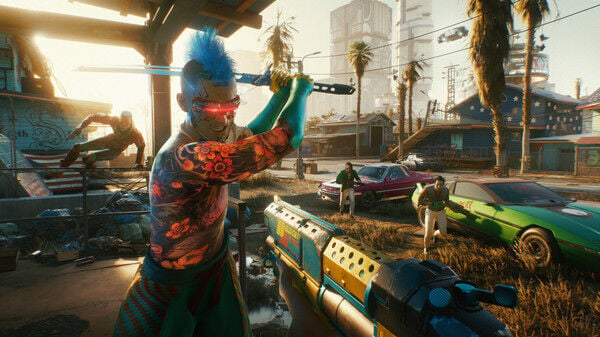 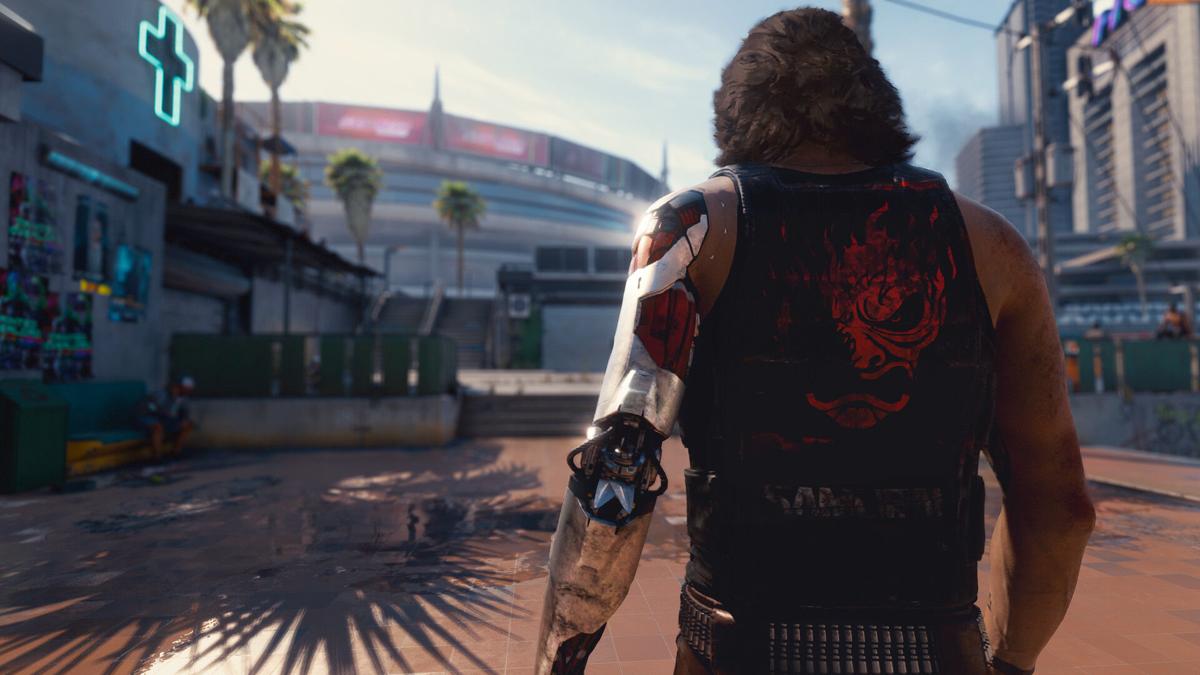 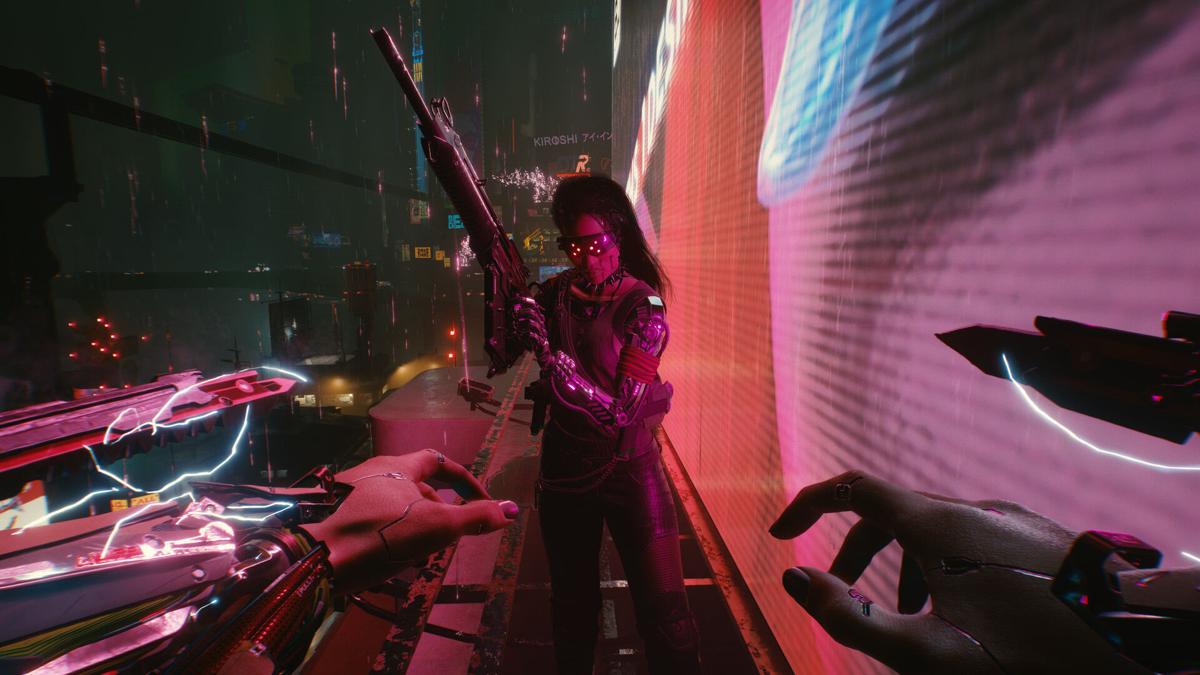 Cyberpunk 2077 is a hard game to love. On the surface, it is a game with great potential but is hamstringed by its own scope and size. There are good things, even great things, that can be found in Cyberpunk 2077, but it is all wrapped up in a very uneven package. It is a game that feels like it is constantly at odds with itself, and because of that, it is a game that is lacking a central vision.

Honestly, what hasn’t already been written about Cyberpunk 2077 at this point? The game has launched with a myriad of bugs and technical issues that have been memed to high heaven. CD Projekt Red has also been under fire for both its misleading marketing campaign and how it has treated the release of the game on last-gen consoles.

Cyberpunk 2077 is a technical dumpster fire on last-gen consoles. From rendering issues, terrible frame rates and a whole swath of bugs, the PS4 and Xbox One versions of the game are in a nigh unplayable state. The situation is so bad that PlayStation has temporarily pulled Cyberpunk 2077 from its digital store, and the Xbox Live marketplace issues a warning to those who would purchase it. This news is disappointing considering that Cyberpunk 2077 was originally intended to launch on the Xbox One and PS4 even before the next-gen consoles were announced. If you’re interested in picking up Cyberpunk 2077 anytime soon, its recommended that you have a PS5, Xbox Series S/X or a high-end PC to run it on.

This review was done on an Xbox Series S. It should be noted that technically, there are no current-gen versions of Cyberpunk 2077 yet, so console owners will need to play last-gen versions of the game through backwards compatibility. Current-gen hardware provides Cyberpunk 2077 with better frame rates and improved visuals, but it also lacks features such as raytracing that prevent it from feeling like a true next-gen experience.

Let’s start off with what Cyberpunk gets right: its story and art direction. The world of Night City is captivating to look at. Night City is a dense megalopolis built upon the bones of former Los Angeles, with giant concrete superstructures that dominate the landscape. From claustrophobic mega-buildings to neon-lit alleyways, Cyberpunk 2077 shares its neo-noir aesthetic of the future with others like Blade Runner and Deus Ex. Detail is king in Cyberpunk and is its greatest asset in bringing the city to life.

Cyberpunk 2077 also has great storytelling in both its main narrative as well as some of its side content. While the writing can be a bit spotty in areas and too overloaded with some of the technobabble, the voice acting and characters are excellent and fleshed out. Instead of similar RPGs like Fallout or the Outer Worlds, you don’t just stare unblinkingly at characters when you talk. Instead, you and other characters move around during the scene and interact physically with each other and objects in the environment. These sequences are exciting in how cinematic and immersive these moments can be.

Of course, this being Cyberpunk 2077, all the praise here comes with caveats. It’s easy to at first get lost in the world. Some of the best moments you will have in Cyberpunk is just stopping for a minute to admire the world. However, Cyberpunk is also quick to betray its own illusions. Pedestrians will frequently fade in and out of existence before your very eyes. NPCs will walk into each other and into walls, and they are hilariously simplistic whenever any sort of conflict breaks out. Some will run, but most of the time, civilians will all do the same panicked crouch animation as they wait to get blasted in the crossfire. At times, Cyberpunk’s world can look alive, but it certainly doesn’t feel like it.

The RPG mechanics in Cyberpunk are also surprisingly shallow. For one, dialogue and story choices rarely make a difference, and this issue is no better exhibited than the life paths feature. Your life path is something you select at the start of the game when creating your character called V. What the life path does is change the opening of the game as well as give you unique dialogue options based on your choice. However, these dialogue choices never amount to anything truly meaningful and just feel awkward in their placement. Most characters will ignore whatever you say about your past and just move on from there. It’s a shame considering that Dragon Age: Origins, an RPG from over a decade ago, had a similar feature where your selected origin not only impacted your character’s start and dialogue, but it could also offer unique outcomes for different main quests. In general, most of your choices in both the main story and side quests don’t make a difference, and while there are skill checks in dialogue, they also amount to the same result.

When it comes to how you decide to build your character, Cyberpunk 2077 does offer a nice range of options to specialize in. These include skill trees dedicated to melee weapons, firearms, hacking, and more, giving the player the opportunity to build their own unique play style. The one issue here is that the perks in these skill trees are functional if also unexciting. Many of the perks just give flat passive bonuses instead of really changing the way you play.

Regardless of your build though, combat and stealth are just not that compelling due to how dumb the enemy AI is. Combat is a mess due to how inconsistent the AI can be. Sometimes, enemies will stand around just waiting for you to shoot them while others will stare into cover. At other times, enemies will detect you trying to sneak through walls or see a body you left behind even if you hid it in an area they don’t patrol in. It’s difficult to feel like a cybernetic badass when your enemies act like they have rocks for brains, and inconsistent AI can make stealthy players irritated.

Another issue that pops up is the odd loot system in Cyberpunk. Nearly all weapons and clothing have randomized stats and rarities, and it feels like an odd choice to have system like this in Cyberpunk. The amount of weapon variety isn’t enough to support a randomized system like this, and attributing random stats to clothing ends up making your character look like a murderous hobo.

Cyberpunk presents plenty of quests for the player to do outside of the main story, but not all of them are worth the effort. Some of the side quests are interesting and build upon the world of Night City in a phenomenal way, like one where you help a political candidate and his wife figure out who has been spying on them. However, for each great side quest, there are 10 other gigs that quickly become predictable and repetitive. In Cyberpunk, ‘gigs’ is the term that refers to side quests given to the player by fixers. These are short jobs with decent payouts, but they’re often super repetitive and don’t really add anything meaningful to the world. Most of these gigs can be boiled down to either kill someone, rescue someone, steal something or upload a virus. You start to see the pattern early on, and these kinds of jobs are certainly the most boring part of Cyberpunk’s world. And just to add on another annoyance, both side quests and gigs are marked as yellow exclamation points, so there’s no way to differentiate which activity is worth your time.

When everything is working as intended, Cyberpunk can be one of the most immersive and exciting RPG worlds to explore. However, having everything working is such a rare thing in this game. Even looking past the bugs and technical issues, Cyberpunk still suffers from being too large for its own good. Both the world and gameplay elements look great on the surface but suffer from being too shallow to be invested. Underneath all of the issues, there is a good game here, but Cyberpunk simply asks the player to put up with too many inconveniences to get to the good stuff. In time, CD Projekt Red will be able to iron out the game and perhaps bring it to a level that is far more enjoyable, but what we have is a game that gets so close to realizing its own potential and falling short of that.

Cyberpunk 2077 certainly deserves a higher score, but with the horrid state it is in on last-gen consoles, a lower score will have to satisfy until those issues are finally resolved.