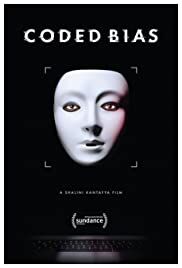 Bias, prejudice and discrimination plague our society. It’s a shame that it has bled over into technology as well.

This is what the documentary “Coded Bias” covers. “Coded Bias,” a film by documentarian Shalini Kantayya, primarily follows Joy Buolamwini, an MIT student and PhD candidate. She discovered that facial recognition software has biases built into them that discriminate against groups of people, primarily Black women.

The documentary shows different people’s perspectives as it uncovers and talks about elements of facial recognition in regard to the police, corporations and regulations.

The documentary was well put together and presented its information in an organized and easy to understand manner. The subjects that were interviewed in the documentary ranged from PhD recipients to people that have been affected by these algorithms, most of whom were people of color and women. These people are experts in their fields and represent a small minority of people in those fields.

The film tackles the various elements causing these algorithms and software to be inaccurate and potentially damaging to people who aren’t white and/or male.

For example, the documentary shows police in London stopping a 14-year-old Black teenager and searching him because their facial recognition software misidentified him as a criminal. It explains that these pieces of technology should be bias free, but human prejudices have been built into the systems by the people who created them.

Outside of the police or government, corporations use software like this to collect data on their users. They then use this data to determine purchases, preferences and even voter turnout. The documentary presents these usages as potentially dangerous, especially as these can negatively affect minorities.

This is where the heart of the documentary lies, and it does a great job at presenting this information factually.

The editing was exceptional. It flowed well between subjects, locations and topics in an organic fashion. Its tempo was rather quick, and it felt like it moved too fast at times. However, this is only a minor gripe of the film.

Along with the editing, there were some graphics and special effects used to help convey certain points.

Most of the graphics were beneficial, as they helped visualize certain concepts or put important information on screen. It was also distracting at times, especially when they put a fake video or ad over a screen, but it was only a minor distraction. The rest of the special effects were well done.

Finally, it was shot quite well.

It was well lit, and there was never a boring angle. They utilized footage that they had and even used clips from movies to make certain points. The only shots that weren’t great were a couple that had a CCTV filter over them. Although the point of it was fine, it was clear that it wasn’t real CCTV footage.

Ultimately, the documentary’s main focus is bringing experts to the forefront so they can speak out against this discrimination. It gives the people who have been discriminated against by machines and algorithms the platform needed to fight back against this injustice.

They have been able to bring awareness to this problem, and this documentary will hopefully continue to educate people on this subject.

This documentary is great and informative. If you have an opportunity to see it, try and watch it.

A free online screening of this documentary was provided by the Clayton Center for Arts at Maryville College and the Southern Circuit Tour of Independent Filmmakers. It was proceeded by a Q&A session with the director.