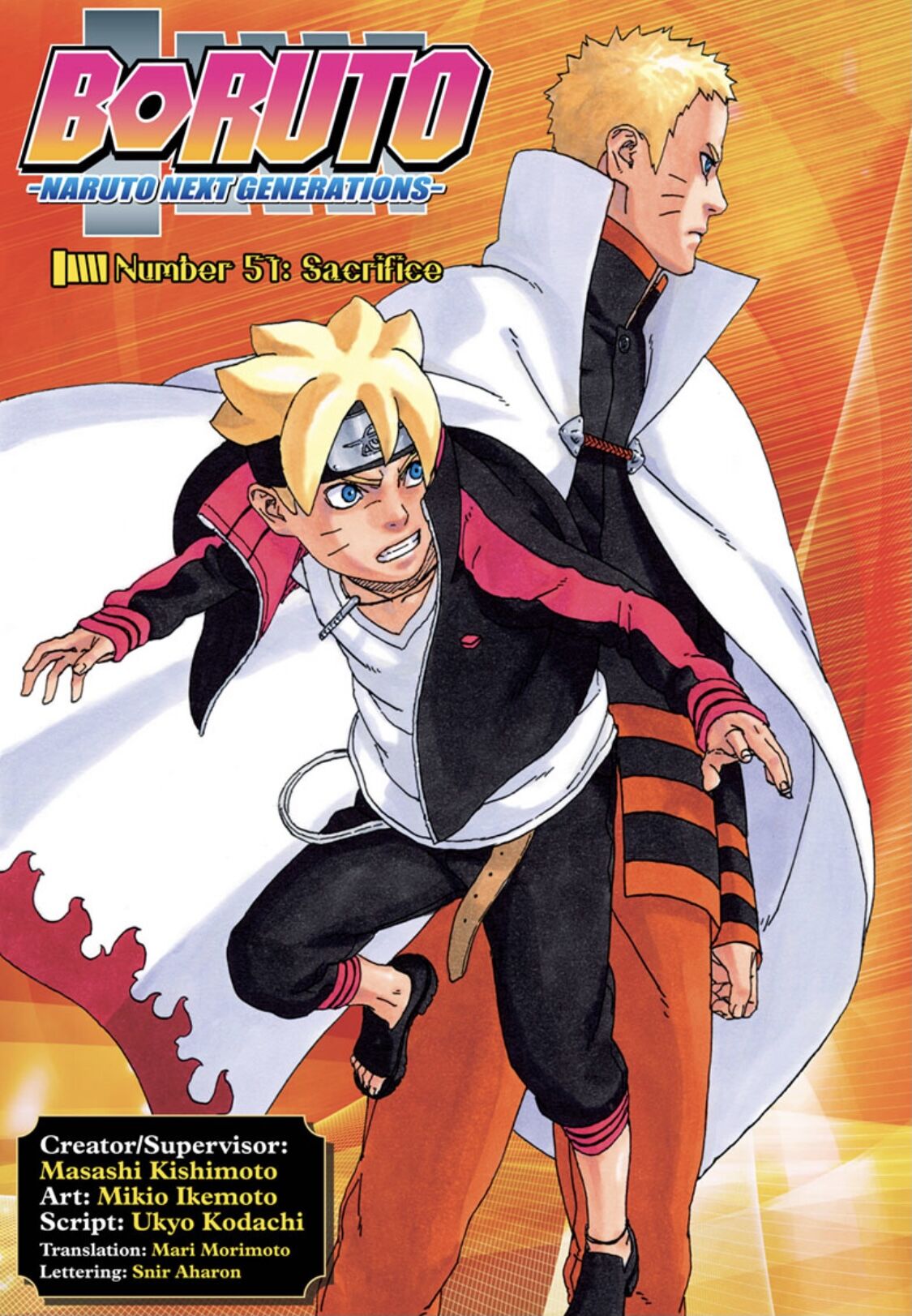 This is likely the big turning point of the “Boruto” series that we’ve all been waiting for.

Again, Naruto and Sasuke really feel worthless here. Even when you think Boruto has provided an edge, Isshiki turns out to be just a little better, a little smarter.

These aren’t even twists where it seems the villain can just do anything either; it’s consistent with his established powers.

Great, fantastic, love to see understandable twists and turns in a conflict. The question is, is Naruto’s impending self-sacrifice a bait, or will it actually happen here?

Chapter one flat out told us that Naruto is dead at some point in the future, killed in some unknown way. Presumably that killer had been the mysterious Kawaki, a figure introduced in the first chapter.

However, as time would have it, things have played out far differently than one would’ve imagined four years ago.

With Naruto’s death incoming, we might see the penultimate fight of the Hokage — defending his village to his dying breath. And with this, a new form is about to be revealed.

The final panels tease this new form briefly, but there aren’t enough details to say exactly what it is. It’s probably a derivation of what he has already shown, but for it to actually kill him implies it’s different from when he inherited his half of the Sage of Six Path’s chakra.

On the other hand, Sasuke is seemingly wiped out too, crushed without ever having used the Susannoo — the strongest defensive technique in the “Naruto” franchise.

Though he’s been taken out of commission, and is potentially dead, it’s more likely he’s survived off screen with his huge arsenal of abilities. For some reason, he just isn’t being written to use them lately.

Naruto’s death has greater implications beyond baiting the reader. It implies the death of the Kurama, the Nine Tailed Fox sealed within him, too. With Kurama dead, can Isshiki still produce a fruit that would give birth to the Ten Tailed Beast?

Chapter one foretold the total destruction of the Hidden Leaf Village following his death. It could further lead to a total collapse of the world peace he ushered in as well.

The cliff-hanger for Naruto’s self-sacrifice is truly a tool for telling the reader two things.

First, Isshiki doesn’t survive this encounter, because if he survives the world ends. The second is that the fallout of Naruto’s sacrifice is what will act as a catalyst for the destruction that follows.

Kurama himself asked if Naruto had thought his death through. He wasn’t talking to Naruto; he was talking to the reader. At this point readers are triggered to ask what effect Naruto’s death has on the ninja world.

Ponder the power vacuum that will emerge with Naruto’s death and annihilation of a world ending threat.