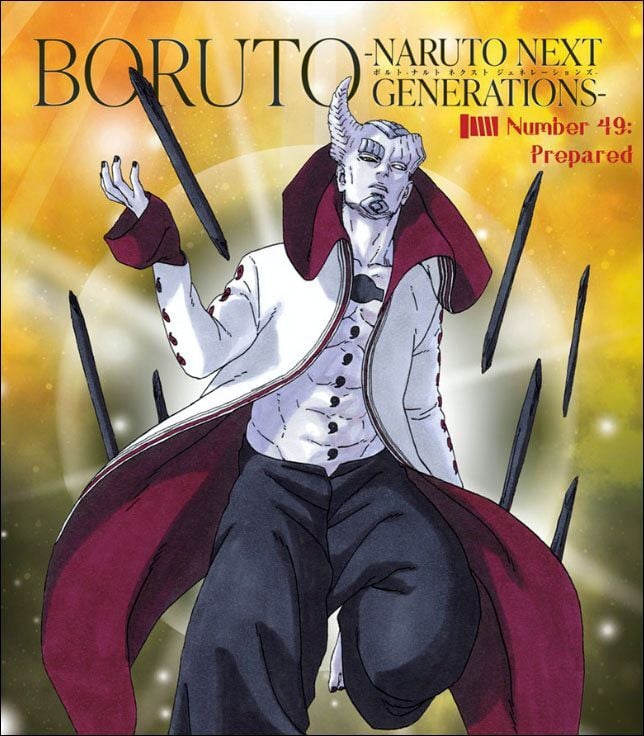 I can’t pretend as if the “Naruto” franchise doesn’t hold a special place in my heart, and this chapter from “Boruto” seemed to be mirroring the past in very subtle ways while still holding true to the reality of its modern existence.

Toward the end of “Naruto,” one of the biggest complaints people had was the combat had grown from battles between ninja to something more akin to unbridled energy blasts from “Dragon Ball.” While those criticisms aren’t wrong, “Boruto” continues to stay true to its roots in surprising ways. It has even continued to evolve our understanding of the village by bringing up parts of its design that readers weren’t aware of, but that make complete sense based on the world building set up in its predecessor series.

Even in a fight against a god-like entity, Naruto and Sasuke are still relying on very basic techniques to combat them. Kunai knives and shuriken are both used in the battle against the Isshiki. The story has almost looped back around on itself, where the characters have become so powerful that they are almost required to fall back on extremely basic tactics from “Naruto” chapter one to be able to deal with the villains successfully, which opens up the door to weaker characters to be useful in such instances.

On top of that, the strategy that Sasuke employed to engage in this fight is reminiscent of the strategy Naruto and Sasuke had used twenty years ago when they were fighting Zabuza for the first time. For such a trick to still be a viable tactic in the kind of fights the modern manga has is not only a fantastic callback, but also allows for fans who feel jaded from planet-destroying death beams to gain a new investment in the kind of fights that are occurring.

The chapter also presented the mindsets of the characters very well. Of course, Naruto and Sasuke are developed characters who we’ve followed for the last twenty years, but our perception of them has changed as they’ve grown. Their characterization within these chapters continues to give the readers illuminating insights into the inner psyche of these characters, both affirming our perceptions and altering them in different ways.

Boruto also continues to surprise me as a reader. In many ways he is the same character that we began with, but this chapter truly highlights exactly how he’s changed since we first met him. He has embraced the way of the shinobi despite the modern technological age of his world. If before he was a selfish coward, he is now someone who would face death head-on if it meant performing his role as a shinobi.

In “Naruto,” we were told the meaning of shinobi is “one who endures,” and we are given various examples of how that can be conceived within different people who have lived different circumstances. The important one here is Sasuke, who has personally trained Boruto and imparted his philosophies upon him.

Though we’ve seen Boruto try and follow Sasuke before, this chapter tells the reader through clever symbolism just how internally strong Boruto has become in striving to cement himself as “one who endures.”

Outside of the main cast, we even learn through only two lines of dialogue just how pragmatic of an individual Isshiki is. I really liked this part, because in similar scenes you will see villains indiscriminately kill people, but Issiki doesn’t do that. There is almost a humanity to him despite his apparent godliness, though perhaps this pragmaticism about him is more akin to narcissism and apathy in how he views spending his time.

Either way, Isshiki is cementing himself as a unique villain in his characterization in comparison to those who have come before him in the franchise. His unprecedented power, and now known weakness, are building up to what should be an incredibly climactic battle.

It’s also worth mentioning how the world-building of the village itself is continuing to be done in very subtle ways. Even this far into the franchise’s lifespan we are learning new things about how the village was built. This has been done in a way that doesn’t feel like it has come out of left field. It felt natural and makes sense based on what we’ve been told in the past. The hidden aspect of these locations plays very well into the concept of a hidden ninja village, an understanding of these villages that before seemed to have disappeared.

“Boruto” chapter 49 is enjoyable and insightful, filled with callbacks, symbolism, and motifs that have carried on from the beginning of “Naruto” until now. Even in the modern state of the story, it still is holding true to its roots.