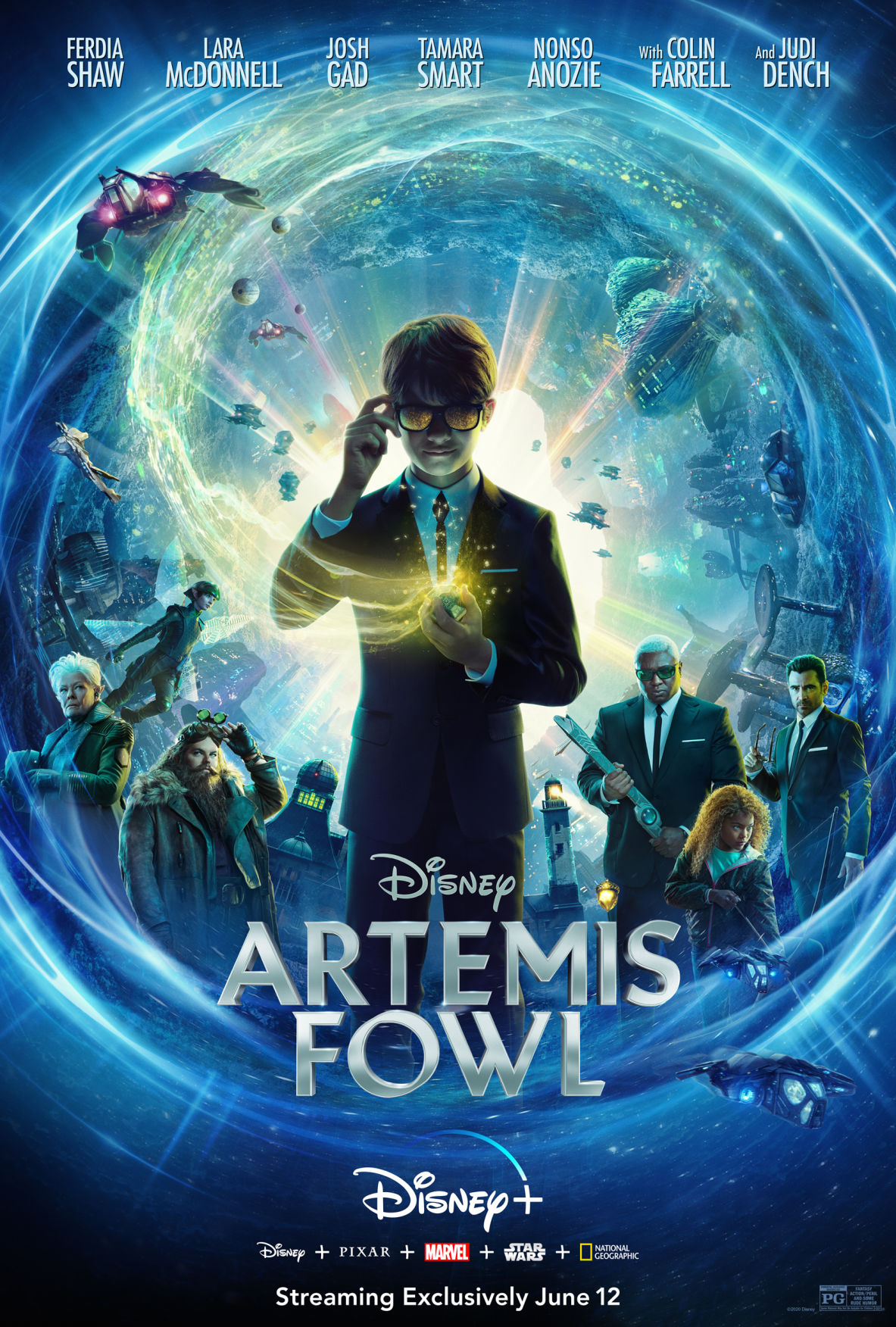 Seeing as how every theater in America has been shut down since March due to the COVID-19 pandemic, we haven’t really seen a true theatrical blockbuster in months. Sure, films such as “Scoob!” and “The Lovebirds” may have skipped a theatrical release and gone straight to video on demand, but they didn’t feel like summer blockbusters. Disney’s “Artemis Fowl” does, though I wouldn’t say it was good.

“Artemis Fowl” has been in development hell since the early 2000s. The film, based on the popular book series of the same name, was set for a theatrical release earlier this year. For better or for worse, it was unceremoniously dumped onto Disney+ earlier this month. After what felt like two years of seeing the film’s trailer in theaters, I was ready to finally see what “Artemis Fowl” was all about. An hour and a half later, however, I seem to have more questions than answers.

Artemis Fowl Jr. is the son of one of the most famous antique collectors in the world and is a boy genius. His father raised him with stories of fairies, gnomes, dwarfs and centaurs, though he now believes these to be nothing but fairy tales. When his father goes missing, however, Fowl quickly realizes that there was more to these tales than he thought.

There is so much wrong with this film. That short, messy plot synopsis was honestly the best I could do with what I was given. As someone who has never read any of the original “Artemis Fowl” books, I spent most of the film trying to figure out what the heck was going on. There’s a good chance I would know if the filmmakers hadn’t tried to take the first act of a story and make it an entire film.

The film’s trailers made it seem as if this would be some grand, sprawling journey akin to “Percy Jackson” or “Indiana Jones,” but the majority of the runtime is spent in Fowl’s home. By the time the main cast leaves, it feels as if the story is just getting started. This is intentional, as Disney was clearly trying to set this up for a plethora of sequels, prequels and spin-offs. Sadly, due to the film being dumped on Disney+ (and the fact that it just isn’t good), chances are we’ll never see any of these characters again.

The film’s go-nowhere plot isn’t the only thing working against it, however. Pretty much every performance in this film is terrible. Relative newcomers Ferdia Shaw and Lara McDonnell as Artemis Fowl, Jr. and young fairy officer Holly Short respectively give bland, uninteresting performances. Seeing as how they’re both children, I’ll put most of the blame for this on poor direction from Kenneth Branagh who clearly had no idea what he was doing on this project.

Veteran actors Josh Gadd, Colin Farrell and Judi Dench fared no better than their young co-stars. They’re clearly trying their best to inject life into this generic waste of time, but one can only do so much.

“Artemis Fowl” had a massive budget of $125 million, and you can tell. The film is packed with CGI and special effects that don’t look terrible, but they certainly wouldn’t pass for realistic either. Also, I don’t know whose idea it was to make Josh Gadd disgustingly unhinge his own jaw, but it made for an image that may scar me for the rest of my life. Guess it could’ve looked worse, though.

All in all, “Artemis Fowl” felt like a very expensive origin story that no one knew what to do with. The film spends an hour and a half setting up a world and characters that make little sense, culminating in an experience that feels like the first act in a much larger story. Chances are we won’t be seeing the rest of that story, however, and I can’t say that upsets me.