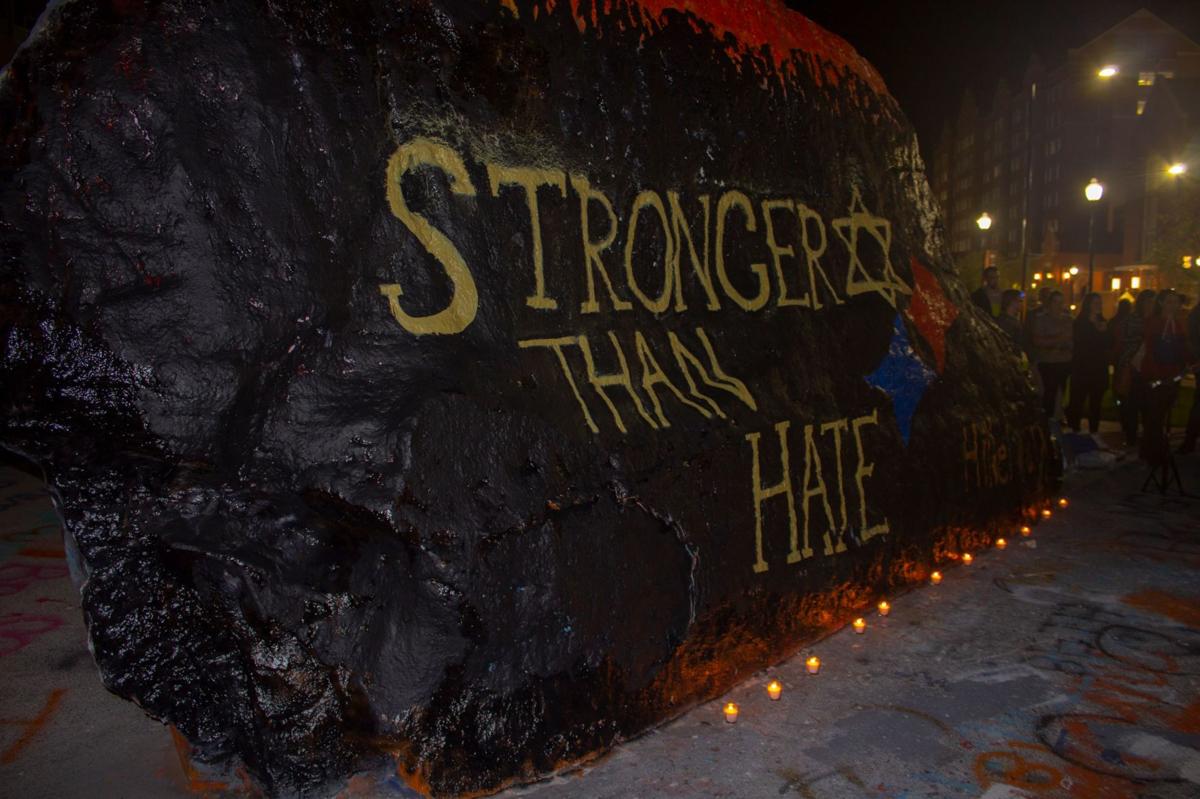 Hillel at UTK hosts a vigil in remembrance of the deaths at the Pittsburg synagogue shooting. 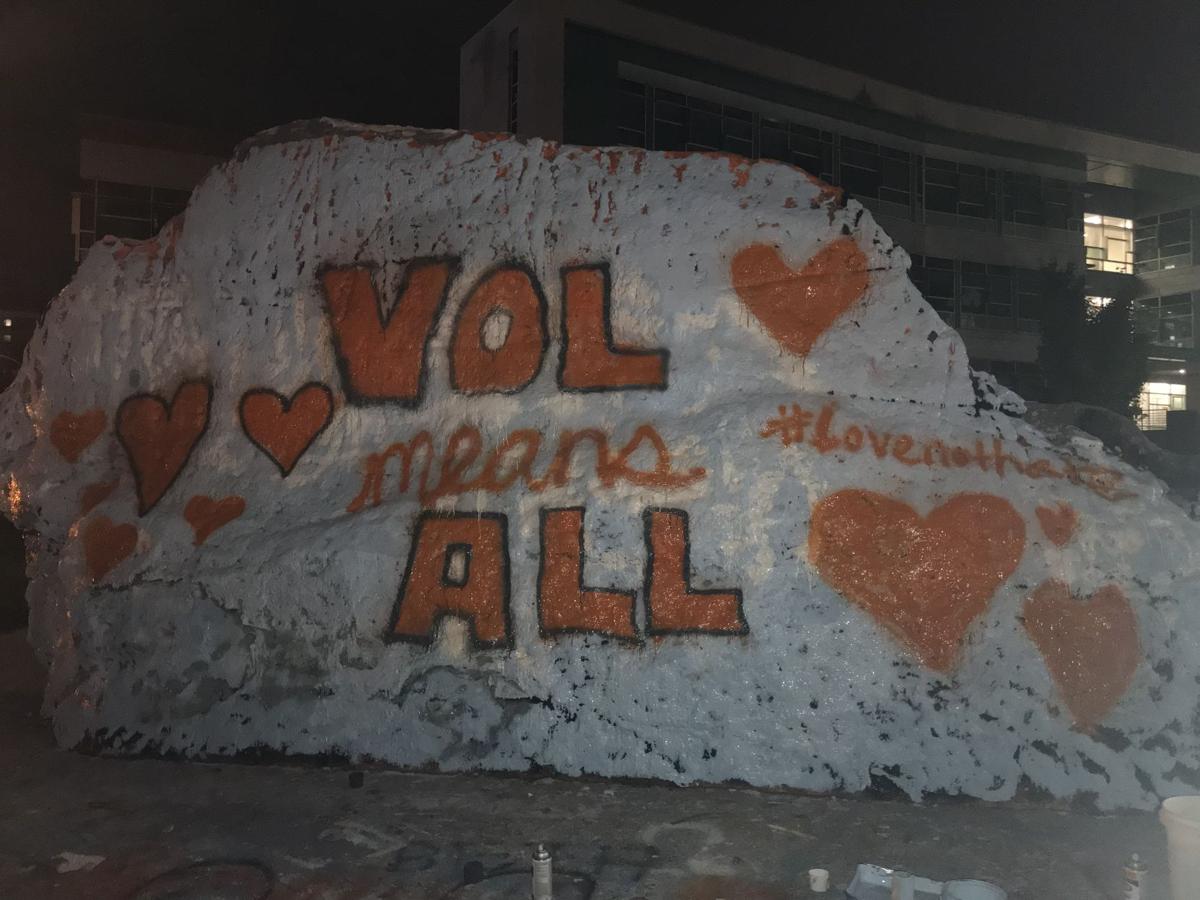 Members of the Vol community painted over a hateful message on the Rock on Friday, Nov. 2.

Members of the Vol community renounced hate, painting “Vol Means All” on the Rock after the alteration of UT Hillel's message from “Stronger than Hate” to “Stronger through Hate” on Nov. 2.

UT Hillel painted the Rock following a vigil on Oct. 31 in honor of the Oct. 27 Pittsburgh synagogue shooting. Complete with the Star of David, attendees painted “Stronger than Hate” to stand with the victims.

Two days later, the message was replaced with “Stronger through Hate” and a swastika over the Star of David.

Two students saw the message later that night and quickly gathered community members to re-paint the Rock with “Vol Means All.”

Interim Chancellor Wayne Davis shared his disappointment of the “Stronger through Hate” message in a campus-wide email on Friday.

“I am disappointed and deeply concerned, as are many members of our university community, that this symbol of hate appeared on one of our iconic campus landmarks,” Davis said in the email. “I want to make it clear that the university does not condone these actions or other acts of intimidation or intolerance. No one should feel unsafe because of their religious beliefs.”

Davis met with a group of students, faculty, staff and members of the local Jewish community to talk about ways the university can support them after the incident.

Describing the Rock as “a long-standing platform of free expression” and the altered message as “protected speech,” Davis said that the message “does not represent our values and has no place on our campus.”

Davis also expressed his hope in the UT community.

“As disappointed as I am that this happened, I am also heartened by the students who took it upon themselves to immediately paint over the symbol of hate out of care and concern for their fellow Volunteers,” Davis said in the email. “By standing together and taking care of and respecting one another, we will ensure our campus is a community in which everyone feels welcome and safe.”