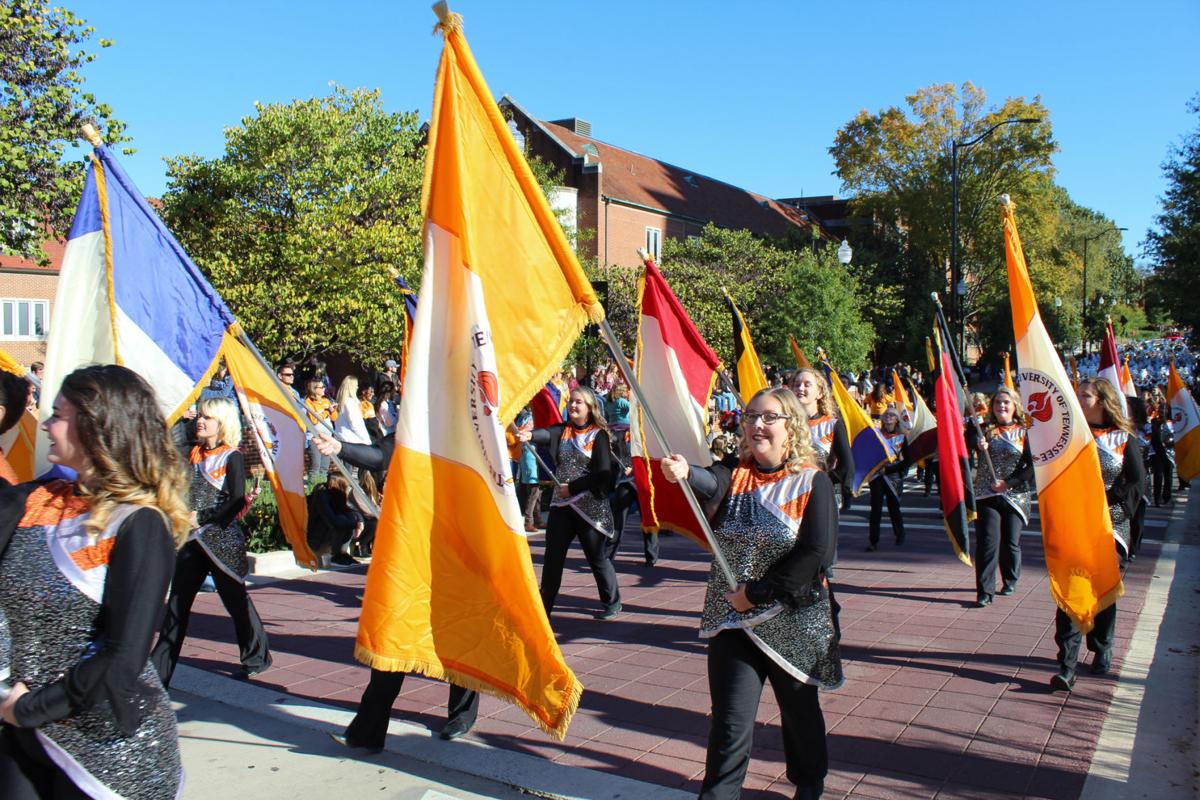 The Pride of the Southland band opened up the parade with Rocky Top as they marched from Circle Park to Cumberland Avenue on Friday, November 1, 2019. 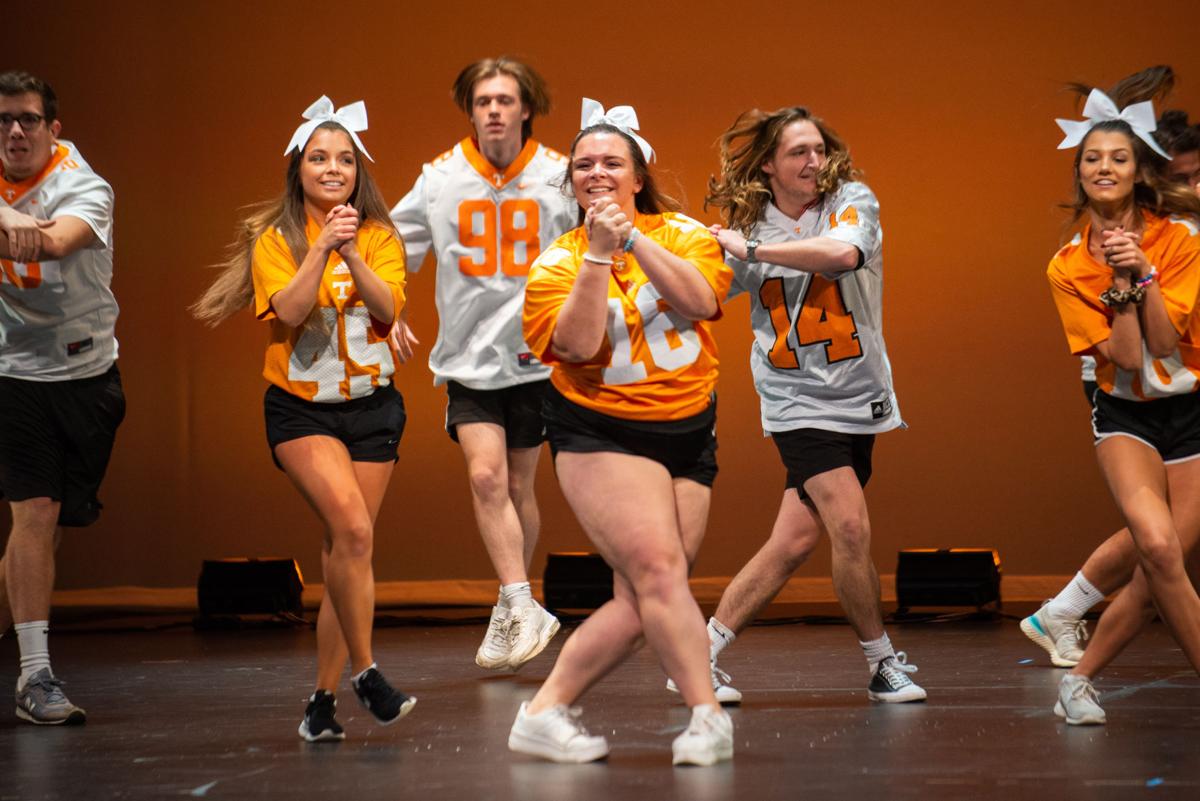 University of Tennessee Fraternities and Sororities preform dances and cheers during Smokey's Howl as part of the University's Homecoming Week on Thursday, Oct. 31, 2019.

Every year, Homecoming spans over an exciting week of events for UT students and alumni. The highly anticipated football game is the main event — there is no question about it.

However, there is more than just the big game to look forward to during Homecoming week. New events are added and switched out every year, but there are some things that can be expected annually. Some of these events can even be traced as far back as 1916.

Here are just a few of UT’s Homecoming week traditions.

First up is the UT tradition people are most likely to be familiar with: the Homecoming parade.

Every year since 1955, people line up to see the incredible floats and entertaining music — courtesy of the Pride of the Southland — that the annual parade showcases.

This year the parade is on Friday, Nov. 12, and it will consist of floats made by various student organizations, the Pride of the Southland Marching Band, several community vehicles and the eighth annual Little Vol Walk — which will feature children ages 10 and under riding decorated wagons, strollers and more. You don’t want to miss it!

Horses on the field

This tradition — which was established in 1953, around the same time that Smokey was named the school’s mascot — involves having a Tennessee Walking Horse circle the field before every University of Tennessee Homecoming game.

Some UT fans might be a bit shocked to find out that this particular tradition actually came about after some backlash from choosing Smokey as the mascot. Some Vols would have preferred the state horse to represent the school. To appease these few, the “horses on the field” tradition was born and has been in place ever since.

If you have ever walked by HSS or McClung Tower, you’ve probably seen the “Europa and the Bull” fountain located in the plaza. During Homecoming week, this fountain turns into a picture-perfect location for the days leading up to the game.

On the Sunday preceding the Homecoming game, the Student Alumni Associates give each student who attends the event a small cup of orange food dye. Then, everyone pours their cups into the fountain at once and right before their eyes, the water quickly turns into the signature UT orange for the week.

Started in the 1990s, Smokey’s Howl is an event where participating groups compete in a spirit performance competition. The event was named for the university mascot’s iconic howl, and rightfully so, as the participating students show their UT pride through enthusiastic cheers, roaring chants and well-planned choreography.

The participants work on their routines for weeks in preparation for this event where they get one chance to show their UT pride to the judges.

On Saturday, Nov. 13, the Alumni Team will be once again hosting their annual tailgate for UT alumni and their families. It will be held at 11:30 a.m. in the Student Union Plaza.

For the adults in attendance, the event will provide food as well as beer from Blackberry Farm Brewery and a selection of wine. There will also be music and games for the younger guests. There is a $25 fee for adults, but the event is free for those 17 and under.