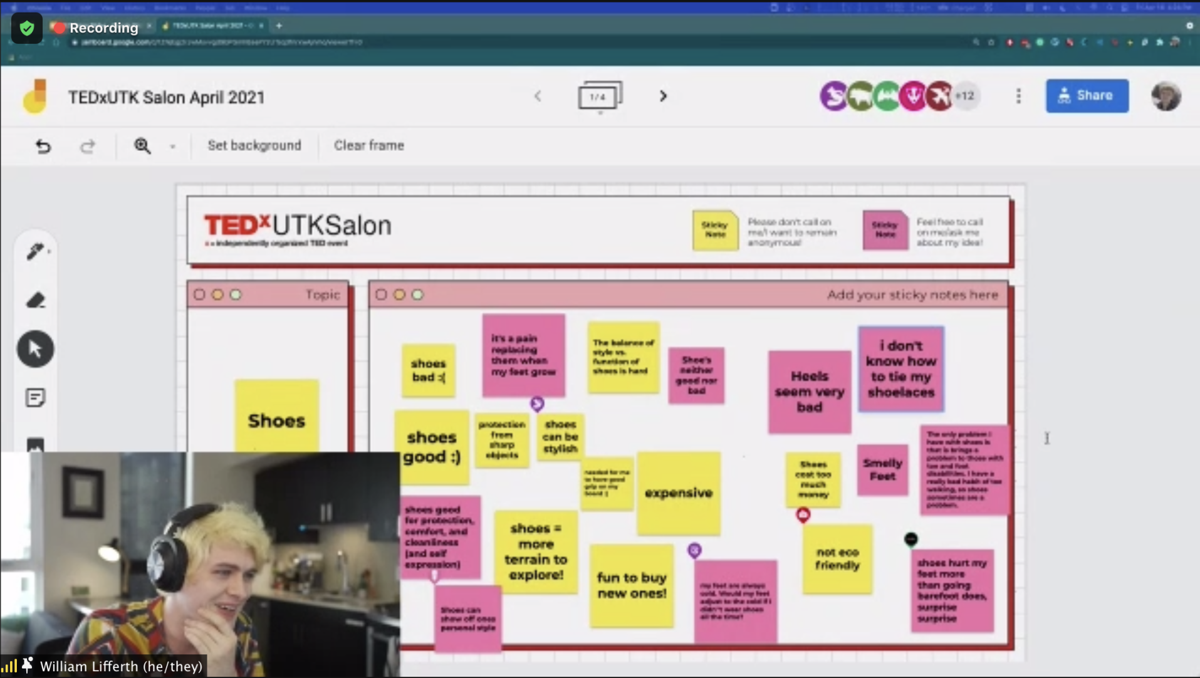 UT alum and Google engineer Will Lifferth uses Google Jamboard to facilitate a discussion of technology at TEDxUTK's salon event on April 16. 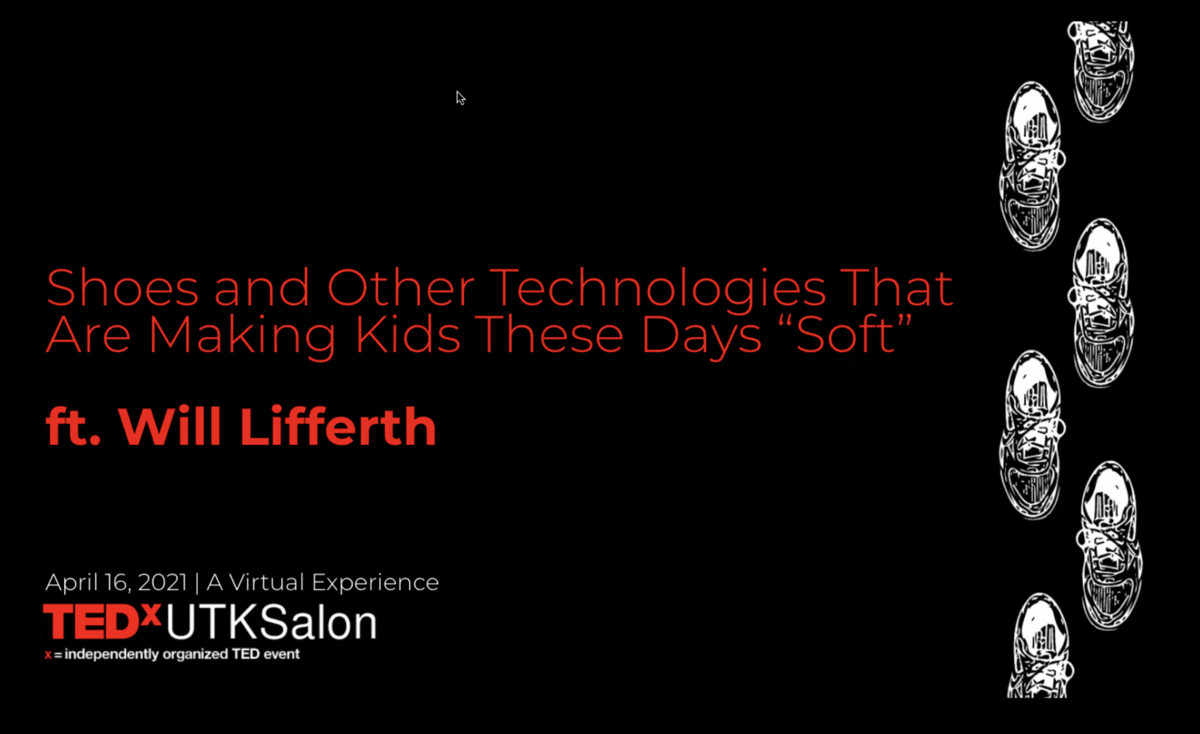 When Will Lifferth attended UT, he designed his own major through the College Scholars Program which he called “Machine Learning and Ethics.” Now a software engineer at Google, Lifferth said at a TEDxUTK salon event on April 16 that he remains curious about many of the same things he studied as an undergraduate student.

The TEDx salon event was titled “Shoes and Other Technologies That Are Making Kids These Days ‘Soft,’” and Lifferth designed it to address criticisms of smartphone technology by lodging those same complaints against older technologies now taken for granted, like shoes or eyeglasses.

This was not the first time that Lifferth participated in a TEDxUTK event. His senior year, he delivered a TEDx talk titled “Teaching Artificial Intelligence to be Moral,” and he said that the concerns he had at that time about the intersection of technology and ethics have carried over into his work at Google.

“I was super interested in the idea of trying to figure out when technology is violating or upholding the values of the user and when you can actually use artificial intelligence to try to get a handle on what our values are and how to kind of explain those values to a machine,” Lifferth said.

The first example of an argument against technology that Lifferth cited was what he called the “prototypical” anti-technology argument found in the 2,000-year-old feud between the Egyptian king Thamus and the god of writing Theuth imagined in Plato’s “Phaedrus”dialogues.

When Theuth presents the new technology of written language, which will ease humankind of the burden of having to constantly remember everything, Thamus says that the innovation will destroy the human intellect by essentially making things too easy.

“We already have a bunch of rhetoric echoing in our heads about the good and bad things about smartphones,” Lifferth said. “But if instead I’m questioning whether or not I would be better off without written language, suddenly all of my thoughts are pretty fresh, because no one has ever made the case to me that written language has ruined humanity.”

As the title of the event suggests, Lifferth also used shoes as an example of a technology that was once new, but is now taken as a necessary fact of everyday life. Splitting the concerns over shoes into the two categories of design and dependence, Lifferth asked the 35 or so participants to consider whether shoe designs have rendered us dependent on foot protection.

“While shoes may make our feet tougher while we’re wearing them, over time, all that protection is going to prevent us from forming calluses, which are sort of a kind of baked-in foot protection,” Lifferth said. “Maybe shoes kind of create the problem they solve here. They might protect your feet, but they’re the thing stopping your feet from protecting themselves.”

To further the thought experiment, Lifferth used Google Jamboard, a virtual whiteboard technology where participants could post virtual sticky notes that listed the pros and cons of increasingly sophisticated technology.

The smartphone jamboard brought up questions of our increasing dependence on our phones, with participants writing and pasting notes that read “how else will i talk to friends:((“ or “my smartphone has absolutely demolished my attention span.”

After posting one such note, student Luke Stanley discussed the difficulty of attempting to fast from his smartphone. Like most participants, he said that phones can be both a blessing and a curse.

“I don’t really fast normally, but I just try to be mindful about how much I’m using my phone, what I’m relying on it for,” Stanley said. “But in a lot of ways, like I said, it makes my life really easy, ‘cause I can just look something up very quickly. But I do think I could get by with little changes to my life without the phone, too.”

Similarly, graduate student Ashley Chen questioned the status of education in a world where all forms of knowledge are only a Google search away.

“Honestly, though, I feel like having the ability to just Google something really ruins the fun of learning sometimes, cause you miss out on the opportunity to discuss and try to think about coming up with a solution, and now you can just Google it,” Chen said. “It’s like, what’s the point of a teacher? What’s the point of discussions in class when you can just look it up? Like why learn anything? I feel like that’s what’s being tested.”

In his closing remarks, Lifferth said that reducing these questions about the role of technology in the modern world down to concerns over dependence on rudimentary innovations like shoes and toilet paper can help tech workers come up with new solutions. It may even be the kind of thinking that goes on at Google.

“If you can go into that mode of sort of intellectual play with something like toilet paper or shoes, then when there are these bigger issues that you have to grapple with, like ‘what is your relationship with your smartphone going to be,’ it makes them a little bit easier,” Lifferth said.

“There are so many big issues with technology that we really need good solutions to and the way we get those solutions is having lots of people who are ready to fire on all cylinders.”