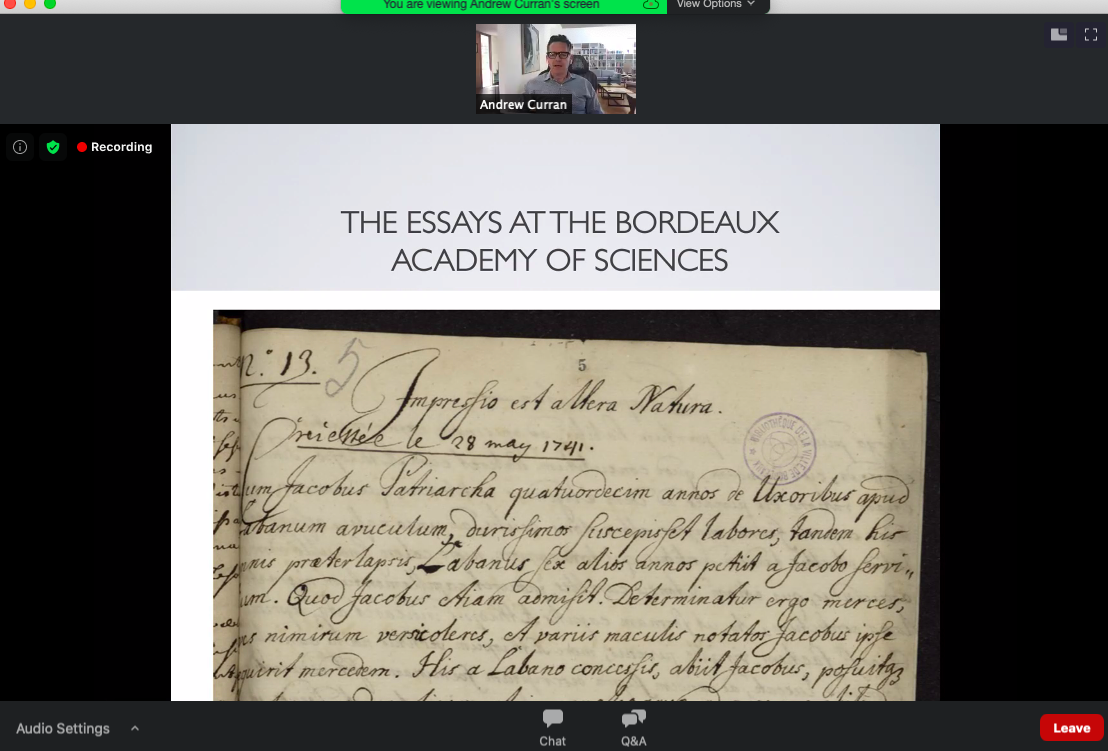 Andrew Curran during the virtual event on March 29, 2021. 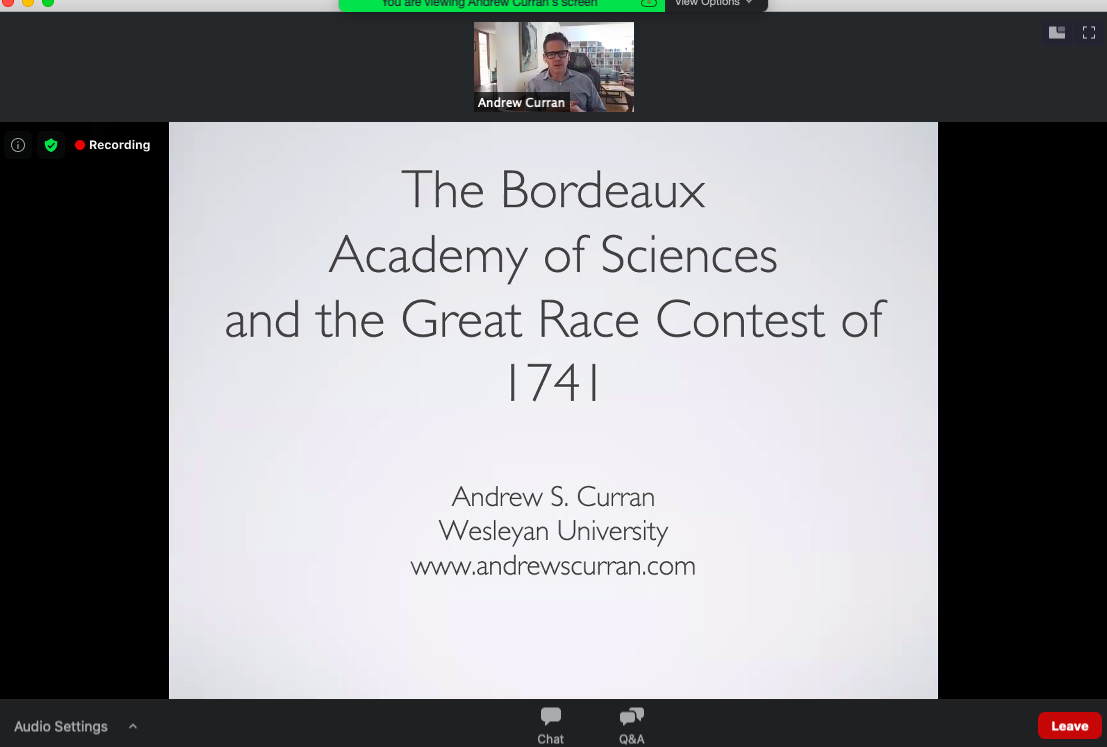 Andrew Curran during the virtual event on March 29, 2021.

Curran is an author, researcher and professor. He is the William Armstrong Professor of the Humanities and Professor of French at Wesleyan University.

In 1739, Bordeaux’s Royal Academy of Sciences published an essay contest in Europe’s best-known scientific journal about the question of race. This contest and the essays it produced were the subjects of Curran’s lecture.

The question that was posed in the essay contest was: What is the source of the degeneration of black hair and black skin?

First, Curran spoke about the lack of natural history studies during the 18th century.

Although the Academy of Sciences was the abbreviated title of the academy, the majority of these members were nobles or magistrates or members of the Bordeaux parliament.

When they were asked about the status of the city’s Black population, this parliament voted to effectively endorse the existence of slavery on French soil.

Curran briefly discussed the essays themselves, which sought to explain the origin of blackness, as they called it, though these essayists didn’t have the scientific advances we have today.

“These essays lacked both the sciences of forensics and anthropology,” Curran said.

The majority of these essayists were religiously oriented, and the goal of the essays was likely to prove the differences between races to affirm their own scriptures, rather than to advance science or natural history knowledge.

“Despite these many contradictions, these essays reflect nothing less than the birth of racialized thinking,” Curran said.

Curran then looked at the prompt of the essay contest itself, and discussed the highly racialized notions in it.

“Describing a group of humans as a degenerate branch is certainly appalling … by forcing their essays to explain the degeneration, they were predetermining the type of essay that would win the contest,” Curran said.

Through anatomy studies and anatomical dissections in the 1750s, Europeans attempted to explain physical differences between Africans and Europeans, which usually existed to serve pre-existing ideas about racial superiority.

“These bleak anatomical views superimposed these dynamics … and allowed Europeans to provide a more racialized view of Africans … these methods and discoveries would vindicate the ongoing dehumanization of enslaved Africans and people of African descent,” Curran said.

The event then moved into a question and answer portion. Mary McAlpin, a professor of French at UT, moderated this portion.

In this part of the event, Curran discussed the role of religion in more depth, the lack of political stances in these essays and the portrayal of non-Europeans in the theater at the time.

Then, McAlpin asked Curran a question about the intersection of religion and politics in the thinking of the time.

“My question is, when you’re writing about that issue from the point of religion, how in the world do you account for the goodness of God, at the same time that you’re saying these are indeed human beings, yet they are lesser?” McAlpin said.

Curran explained that these essays were largely apolitical, so they didn’t really attempt to talk about religion and politics together, even though we know today that these were intertwined in their thinking.

Curran finished the lecture by talking about the importance of studying race in history in breaking down the racial barriers we have today.

“It’s quite liberating to realize it’s all made up. … Understanding where these structures come from allows us to be skeptical,” Curran said.

The next event in this series will occur on April 12, where Paul Jaskot will speak about Nazi-occupied Krakow.