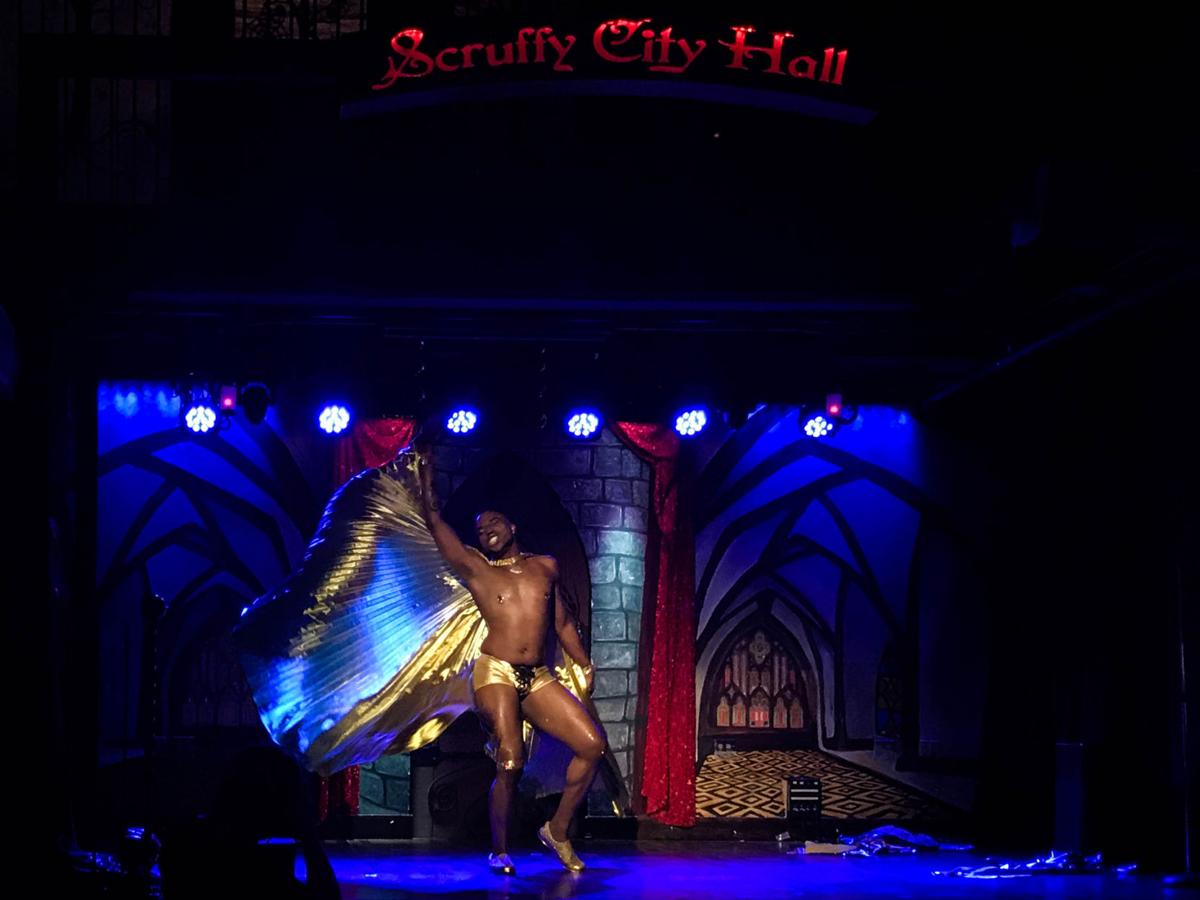 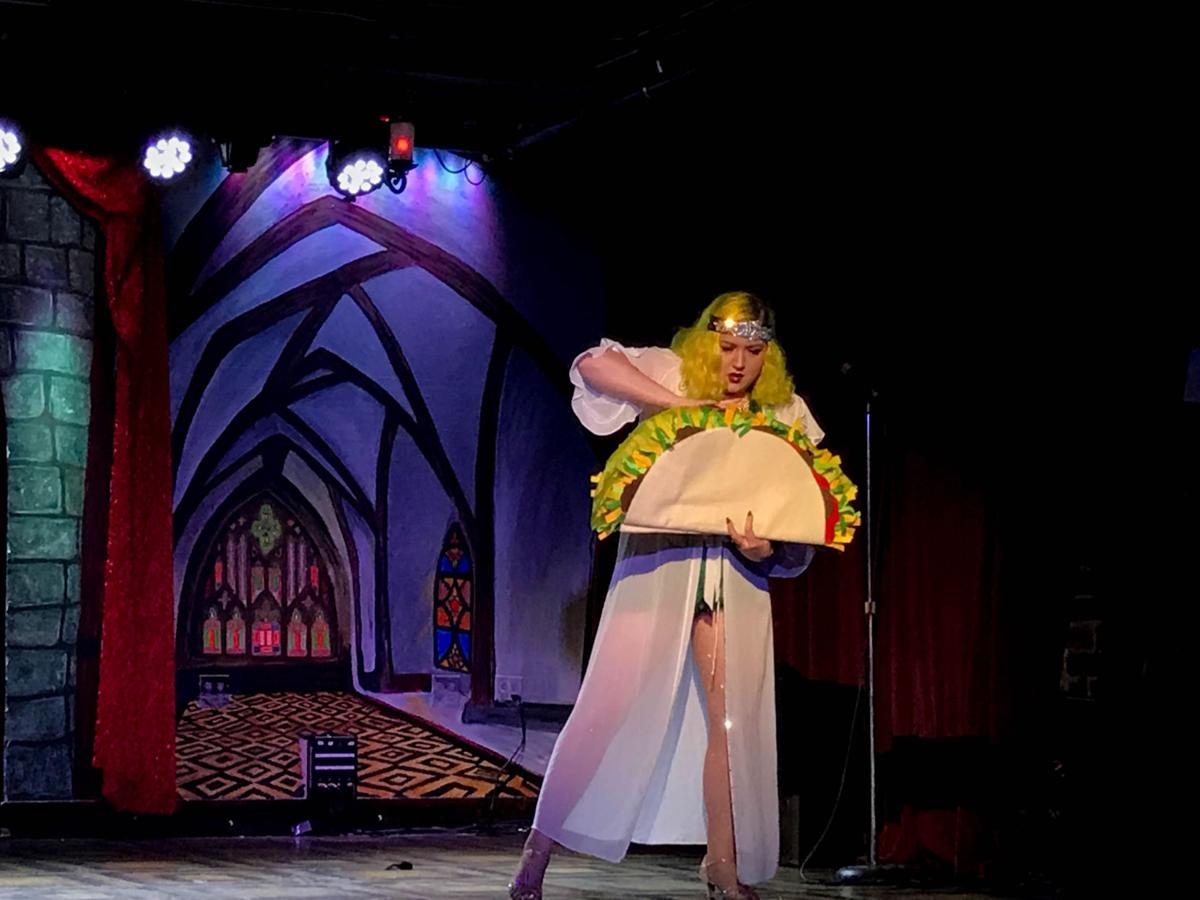 A performer takes the stage with a large taco. 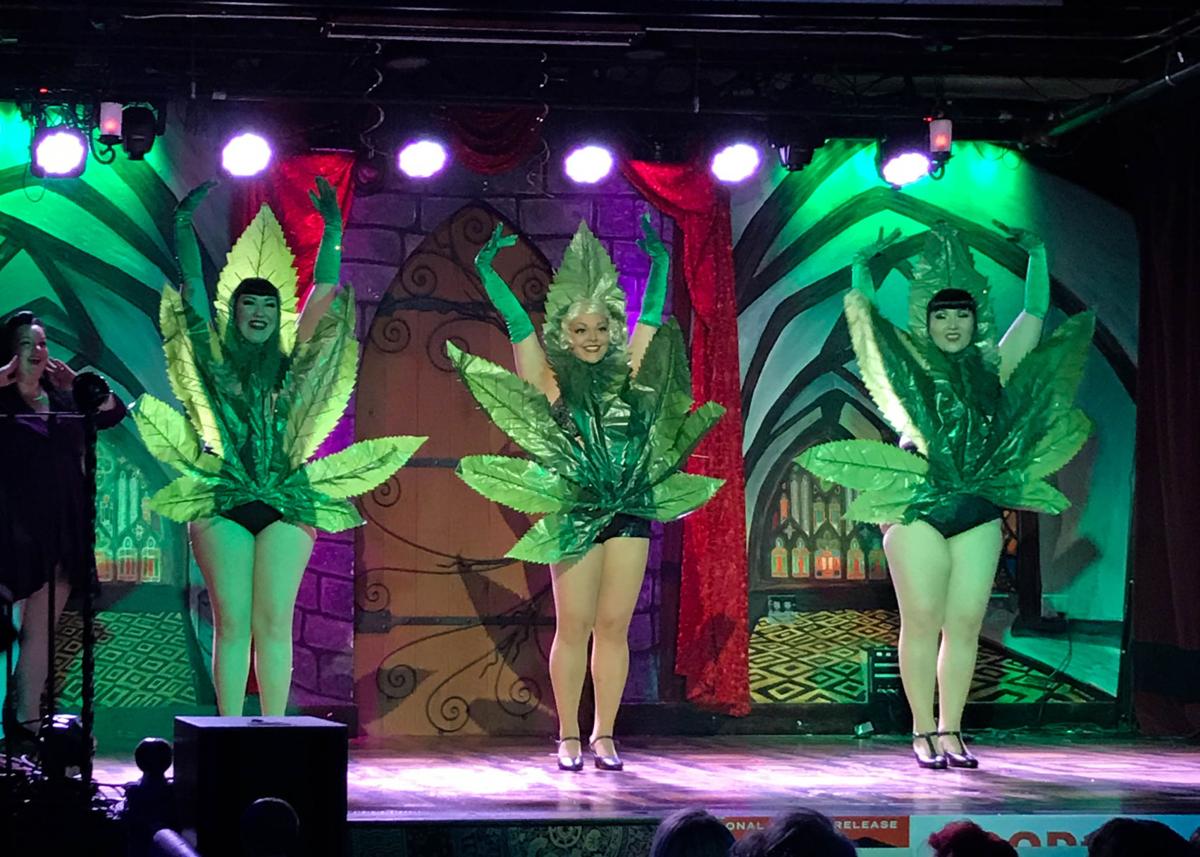 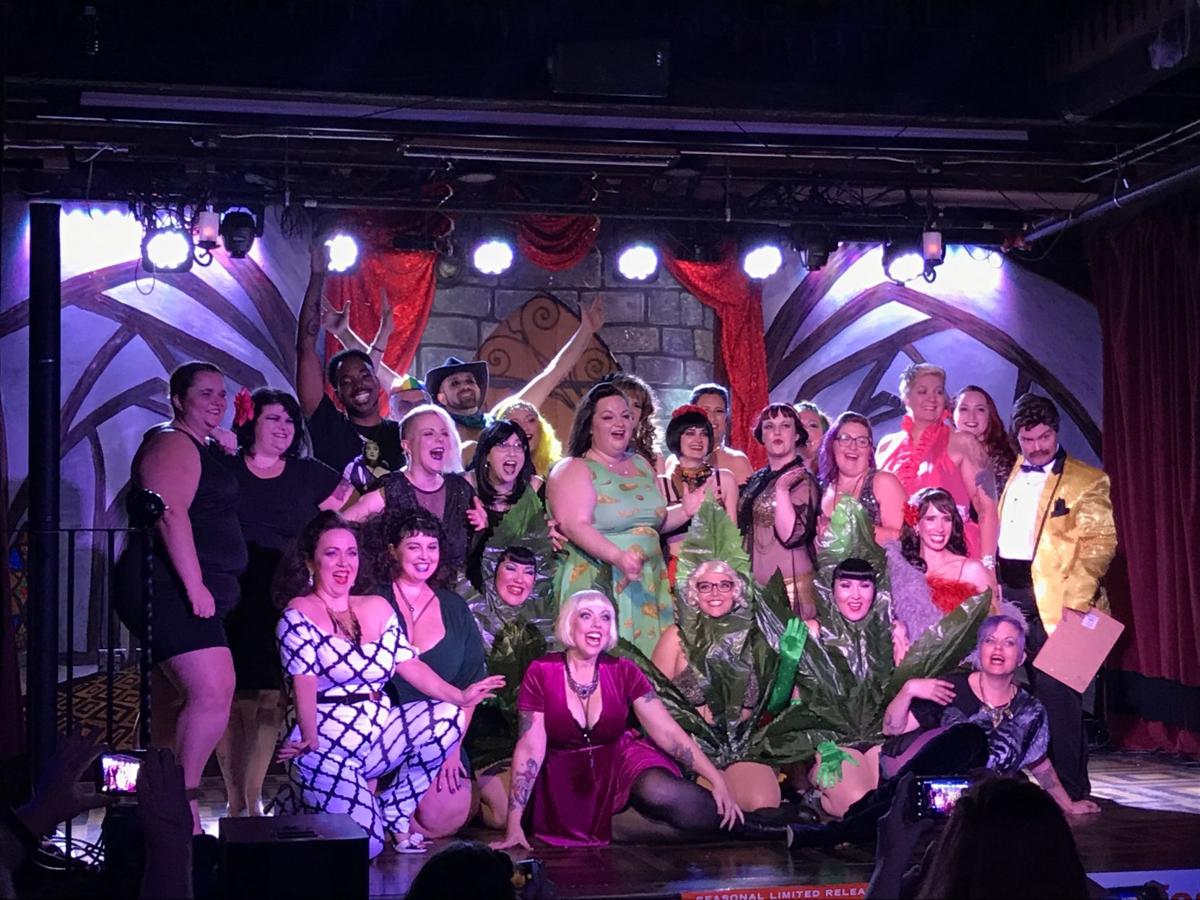 All of the performers gather on stage at the end of the night.

A performer takes the stage with a large taco.

All of the performers gather on stage at the end of the night.

The Smoky Mountain Burlesque Festival kicked off Thursday night at Scruffy City Hall with the Scruffy City Showcase, the first of four performances this weekend. Featuring a mixture of both local and national performers, the event was an exciting beginning to the weekend ahead.

Harry Dixon, the drag alter-ego of Athens, Georgia-based Amanda Knisely-Medina of Effie’s Club Follies, hosted the show and kept the audience laughing thanks to her adaptive and almost sleazy humor.

Knisely-Medina is no stranger to the world of burlesque, having done it for twelve years and heading her own troupe in Athens. The wide variety of performers at the event served as a good introduction to those who had never been to a burlesque show before.

“Every troupe has its own kind of flavor and you saw that tonight,” Knisely-Medina said. “Some of them were more classic, others were raunchy, and some were ridiculous and funny. “

Dixon came back on stage, still cracking jokes, but offered a piece of advice about following passions: find the self-love with oneself and tell haters to go away, gaining cheers from the crowd.

Dixon’s speech was then followed by the “Prince of the Great Southern Exposure”, Rebel. The performer came out wearing a blue and gold shiny suit, and stuck dance moves galore. Invoking the spirit of Michael Jackson with his motions, Rebel brought out a glorious yellow cape to finish his act.

The next several performers after Rebel did more of the same: a dramatic entrance, dancing, and slowly disrobing to all kinds of music. With every shake, the audience hollered for them to continue to work their magic.

However, the night’s acts all varied so as to keep the event interesting. For instance, Lipstick Lamarr, danced to the song “Zou Bisou Bisou,” which some might recognize from its appearance in “Mad Men”. Unlike every other act in the show, Lamarr’s performance had her putting clothing on, rather than taking them off. Starting with old-fashion lingerie, she eventually donned a lunch lady’s uniform, complete with hairnet.

Other performers such as Tilda Titillation, had much more scandalous pieces. Dressed as a cowgirl, the performer revealed matching rhinestone-covered lingerie underneath. Attendees were mesmerized by her performance as she took the stage.

Despite the night’s talented acts, the best reaction of the entire night was by far for Bubble Bordeaux. She started her dance by sitting at a table, reading a magazine that said “fat bodies are sexy”. Her body positive message gained tremendous cheers came from the crowd.

After Bordeaux’s performance, Knisely-Medina doted on the act saying, “You don’t need permission to find yourself sexy.”

The remainder of the show was a blur of taco fans, marijuana props, and many more rhinestones. During curtain call, all the performers gathered back on stage to take one last bow.

A rooftop reception followed the show immediately after, giving audience members a chance to meet all the performers.

Siren Santina, a producer of the festival and a performer in the upcoming Saturday show, was excited at the reaction to the first show of the weekend.

“Tonight was almost like a little appetizer sampler of what’s coming in the rest of the shows for the weekend,” Santina said.

The Smoky Mountain Burlesque Festival will continue with shows on Friday and Saturday night, both at the Concourse at the International.