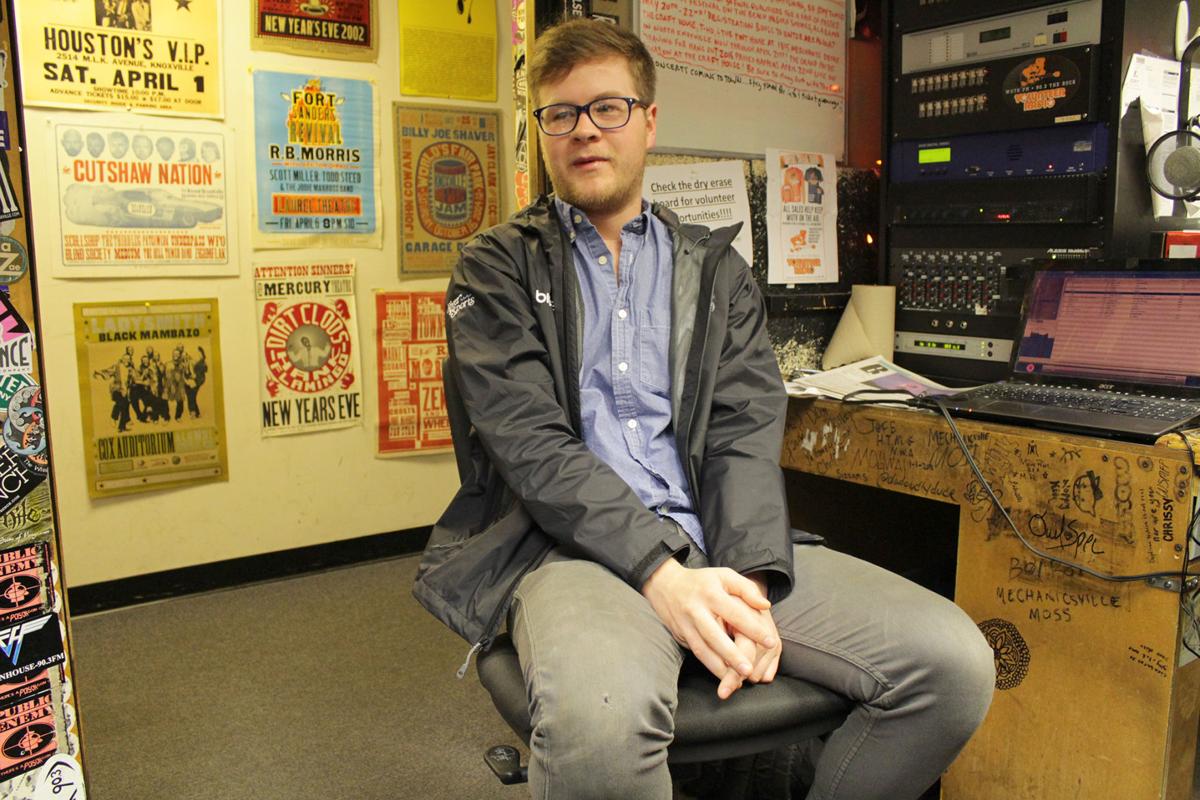 One of the Indie Aisle hosts, Ben T.O., discussing their show. 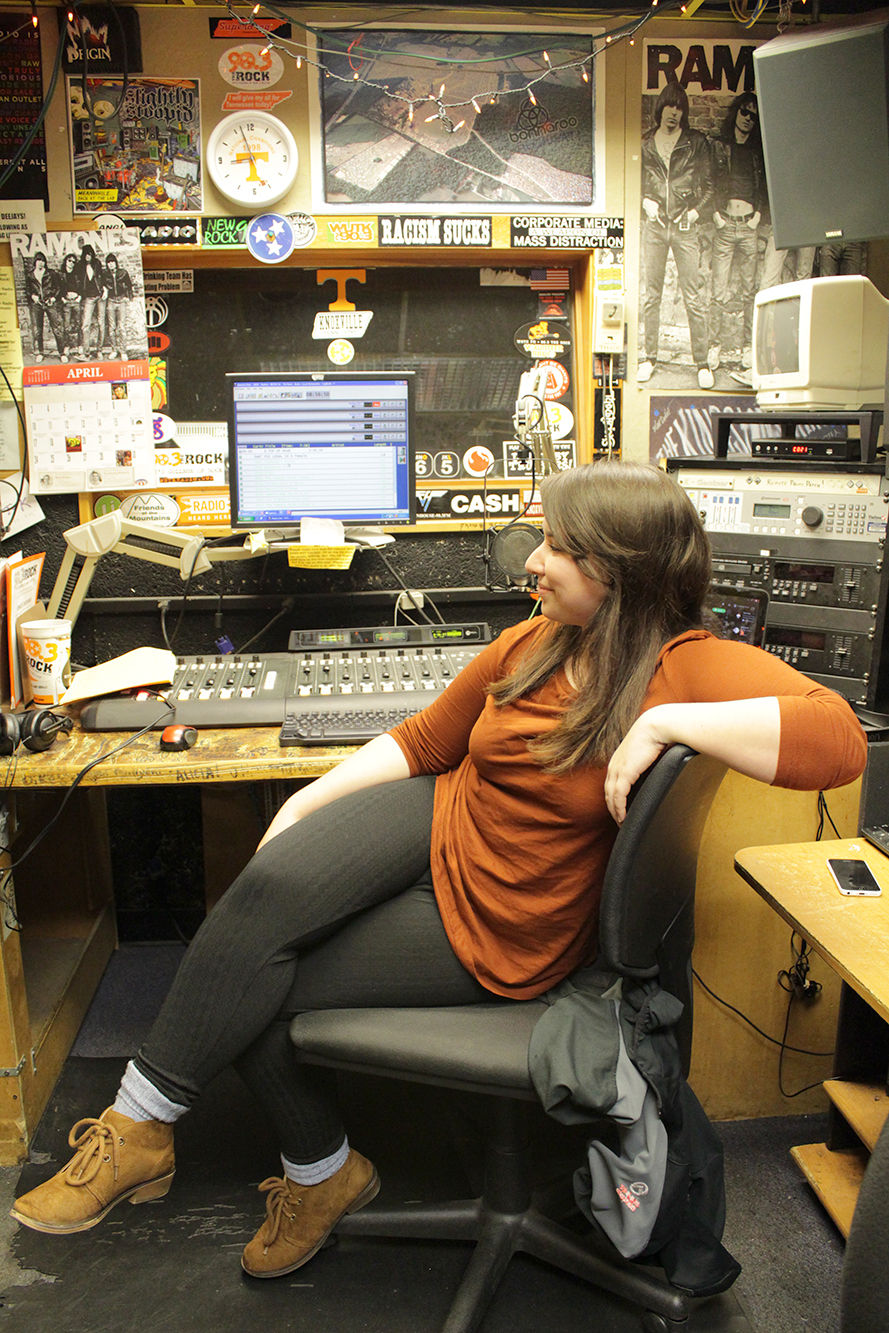 Amanda, one of the hosts of the Indie Aisle. 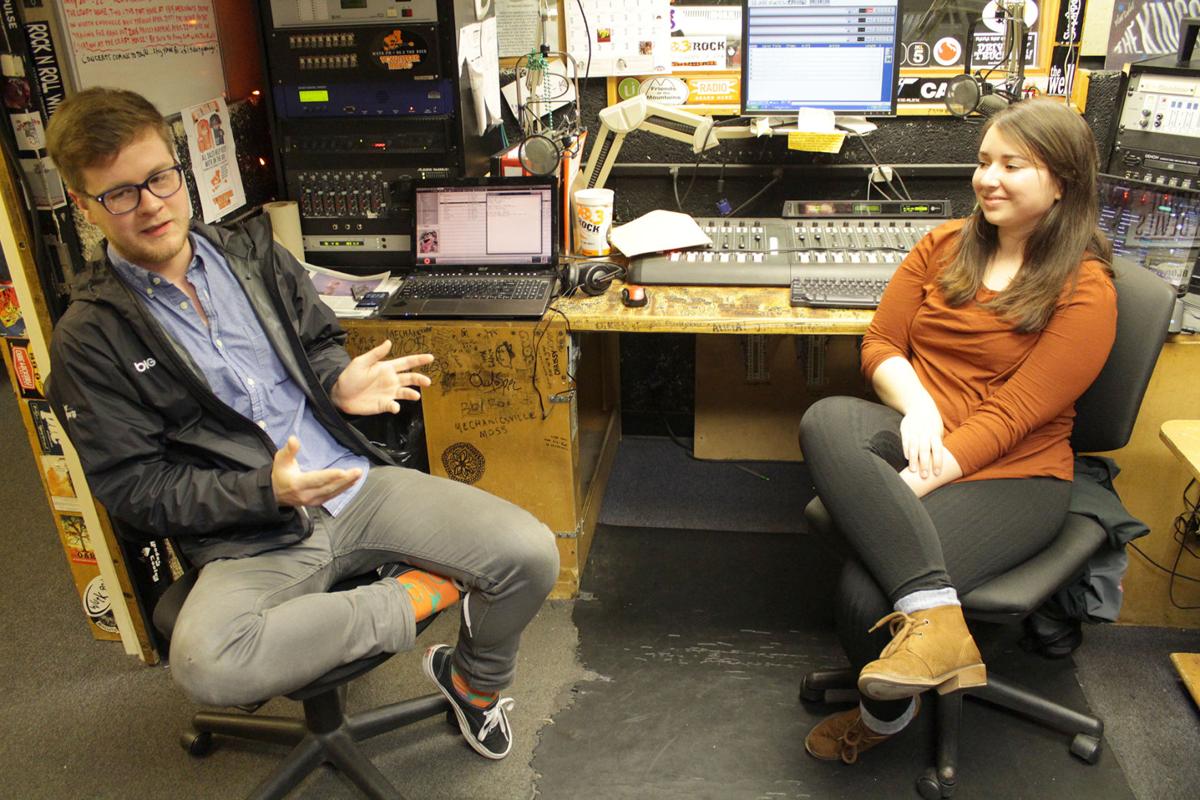 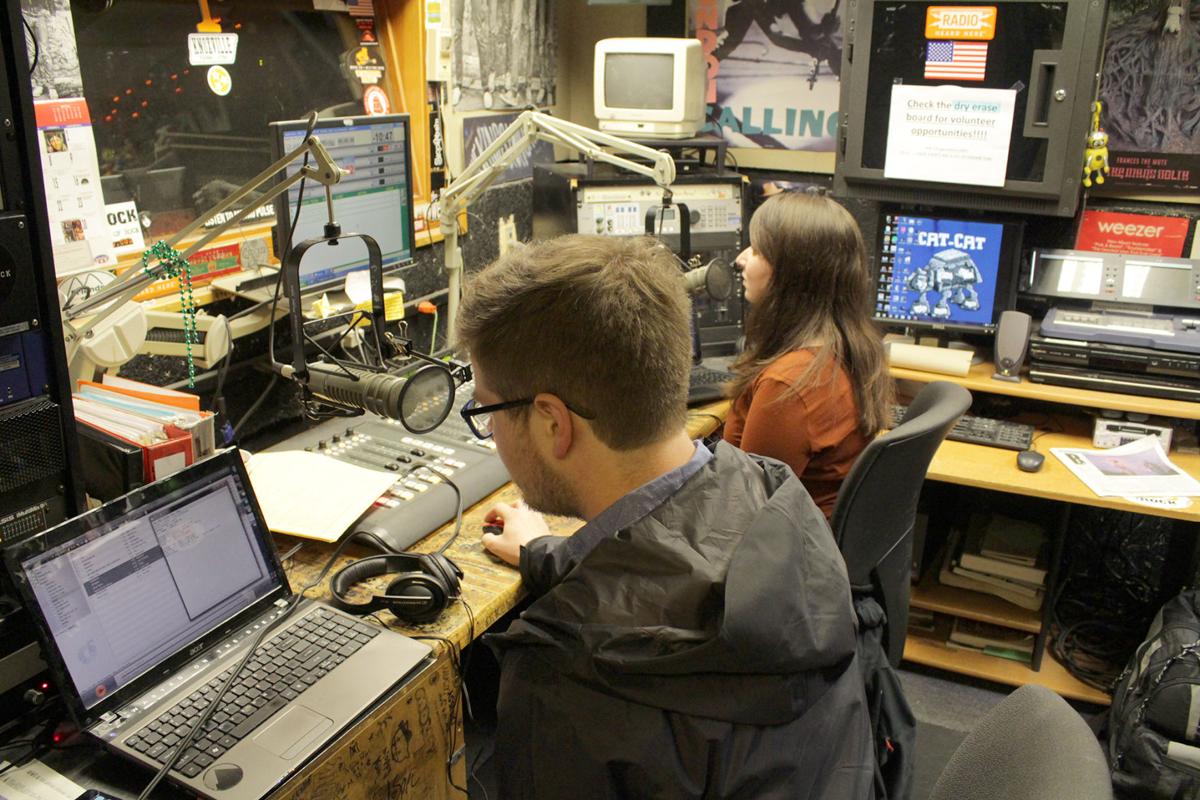 One of the Indie Aisle hosts, Ben T.O., discussing their show.

Amanda, one of the hosts of the Indie Aisle.

In the basement of the Andy Holt tower, in the music memorabilia covered nook that is WUTK, Indie Aisle radio show hosts Amanda Fuchs, freshman in business, and Ben (T.O.) Smith share playlists under string lights.

On Monday night, as the crooning of a Japanese woman over instrumental rock faded, Fuchs returned to the microphone.

“Welcome back to the Indie Aisle. We’re gonna start things off with Motor City Drum Ensemble,” Fuchs said. “I just heard this song yesterday, and I loved it. This song is called Raw Cuts #3, and you’re listening to 90.3 The Rock.”

If you have never even heard of the band Motor City Drum Ensemble, that is okay; that is what Indie Aisle is all about.

“If you go to a records store and go down the indie aisle, that’s what you’re hearing,” Smith said about the show’s material.

As a 2014 UT graduate in journalism and electronic media, Smith has been a part of the Indie Aisle for five years now, while the show itself has been around for about ten.

It began primarily as an indie rock show playing artists like Weezer, LCD Soundsystem and Animal Collective. But over the years as hosts have come and gone, the show has taken on many different incarnations.

The current production resembles a podcast more than a traditional radio show, with songs lasting over 30 minutes being a frequent occurrence.

“We want to promote a legacy of experimental music,” Fuchs said, “and not conform to what people expect to hear. Because sometimes, it’s what you don’t know you like that you really like.”

The show has a very open structure, with each host generally playing four songs of their choosing and then speaking on the music or on music news. However, the duration and genre of each song played is not set in stone.

“Our goals are to push boundaries and challenge listeners,” Smith said, “and to play something listeners can connect to.”

With music ranging from Inuit throat singers to Japanese bands from the instrumental rock scene, the Indie Aisle definitely pushes the boundaries of radio music.

At the end of the day, what the show really wants is to share music with listeners.

“We can do all we can, but it’s up to people if they want to listen,” Fuchs said. “It’s at the beck and call of the listener.”

To listen to Indie Aisle, tune in Monday from 8 – 10 p.m. on 90.3 The Rock. To view this past week’s playlist, visit their Facebook page https://www.facebook.com/theindieaisle/.