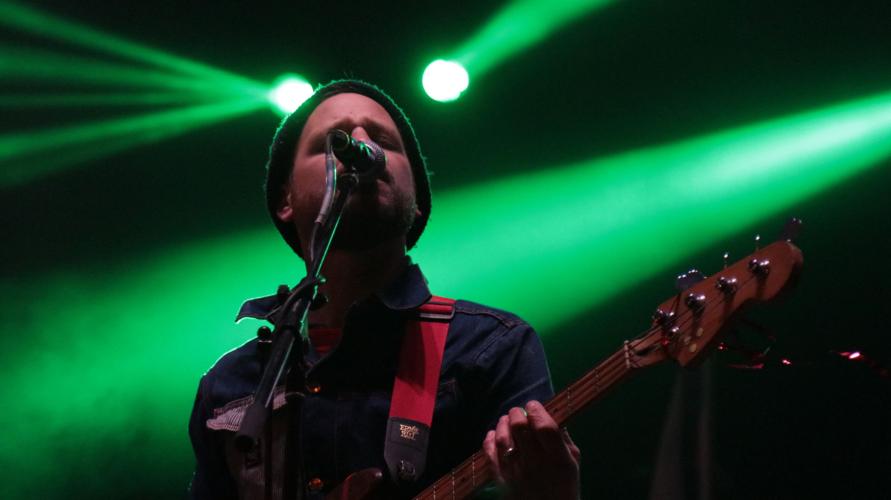 Toby Leaman of Dr. Dog, during their performance Saturday night on the main stage of the Rhythm and Blooms music festival. 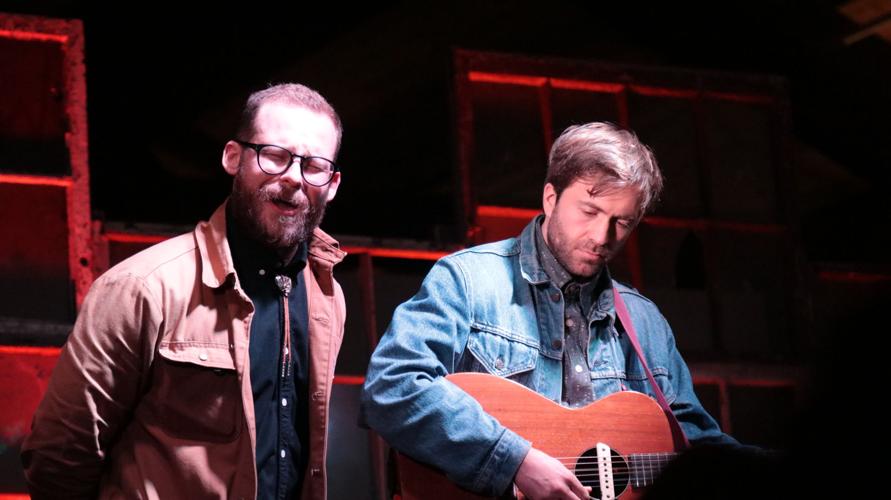 Duo, Penny and Sparrow, performed an “unplugged” song during their show at Jackson Terminal on Saturday afternoon.

Toby Leaman of Dr. Dog, during their performance Saturday night on the main stage of the Rhythm and Blooms music festival.

Duo, Penny and Sparrow, performed an “unplugged” song during their show at Jackson Terminal on Saturday afternoon.

Steadfast despite freezing temperatures, the headliners of Rhythm N Blooms sang to the anticipated spring on Saturday.

The second day of the festival was, without a doubt, the most anticipated. With performances from The Young Fables, Penny and Sparrow, The War & Treaty, LUTHI and Dr. Dog, the buzz for the day was evident the moment I arrived onsite. Musical performances started at 1 p.m. and continued until the last performance concluded at 2 a.m. in the morning.

Music from the Lonesome Dove Courtyard filled the streets of the Old City as people wrapped their hands around cups of coffee from the nearby Honeybee trailer or food from the numerous other food trucks serving all day long inside the festival's parameters.

As I approached Jackson Terminal for Penny & Sparrow's afternoon show, two hours after they had performed a secret show announced only minutes before the start, the venue was almost entirely full. At 4:45 in the afternoon, the lively crowd was going strong as they shared conversations and laughter over beverages.

Yet, when Penny & Sparrow took the stage, the room was almost completely silent with attentive ears to the band's soft, haunting, vocals.

Penny & Sparrow, composed of Texas natives Andy Baxter and Kyle Jahnke, began their set with the title song of the most recent album, "Wendigo".

The vast majority of Penny & Sparrow's music is their vocals, and one guitar played by Jahnke. Their vocal harmonies are powerful, and leave a dark, almost eerie, sound. The lyrics that accompany the songs are no different. Many of their songs deal with themes that reflect sad stories, the somberness of love, religion and death.

The band does not let their songs overtake their performances, throwing humor into the segments between their songs and interacting with the crowd on a casual level.

“There has to be a lot of booze going around for the crowd to be so damn quiet and we’re thankful," Baxter said.

Following some of their most known songs including "Finery" and "Duet," the two sang their song "Gold" and added a cover of Whitney Houston's "I Want to Dance with Somebody" at the end.

When Jahnke's guitar has a technical error, the two sang unplugged after urging the crowd to be quiet as possible.

"Thanks so much for caring about two guys and one guitar doing this," Baxter said, near the end of their set. "Thanks for listening to our songs and our dumb humor in between … this has been one of our weirder shows and I’m glad."

Following Penny & Sparrow's set and the warmth of a cup of coffee, I headed to the biggest headliner of the concert, Dr. Dog. Dr. Dog is a rock band based out of Philadelphia featuring Toby Leaman, Scott McMicken, Frank McElroy, Zach Miller and Eric Slick.

As the sun set over Jackson Avenue, the people of Rhythm N Blooms culimnated at the Cripple Creek stage to hear Dr. Dog's set.

After a few minutes of sound checks, the band finally took the stage, beginning with one of their hit songs "Listening In." McMicken took lead vocals for the song.

"It’s chilly, my fingers feel like bricks, rocks, something. You got a cure for that, doctor?” MicMicken said, jokingly, pointed toward Leaman.

The band continued their set, starting with classic songs that got the crowd singing along before eventually moving into some of their new music. Dr. Dog plans on releasing new music at the end of this month, for the first time in five years. They previewed several new songs from their upcoming album "Critical Equation." The album arrives April 27.

As Dr. Dog performed, I couldn't help but reflect on the heart of Rhythm N Blooms as they sang their song "Where'd all the time go?"

"See how the hands go / Waving goodbye," The band sang, as people's hand's waved in the air. Lights strung around the pit illuminated the swaying crowd, singing along.

Artists painted art with spray paint besides the main stage, and people sat in hammocks and casually listened behind the actual crowd as the power of Dr. Dog's soft rock was louder than the nearby trains roaring past.

Despite the cold, Dr. Dog and other artists, brought warmth to the city through music.

Through the Years of UT With Alumni

To appreciate the future of UT we have to look back at the past. Ali La Rosa interviews alum…