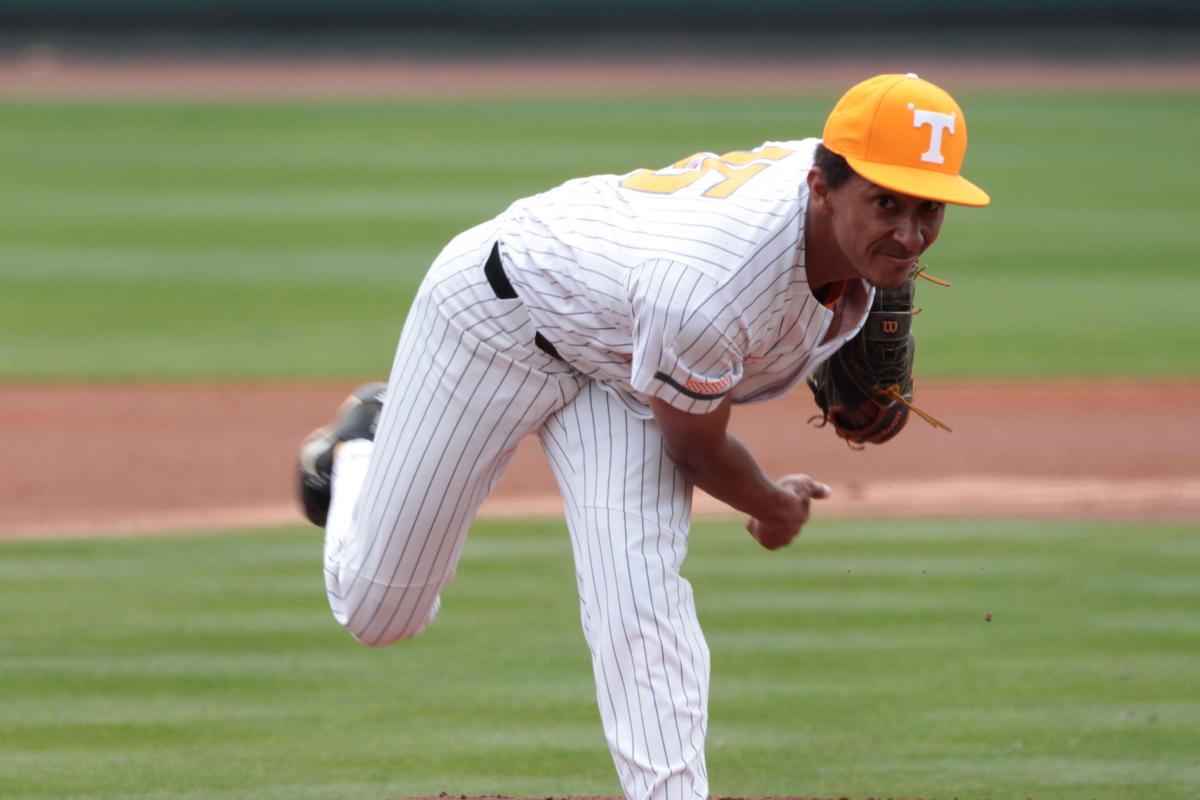 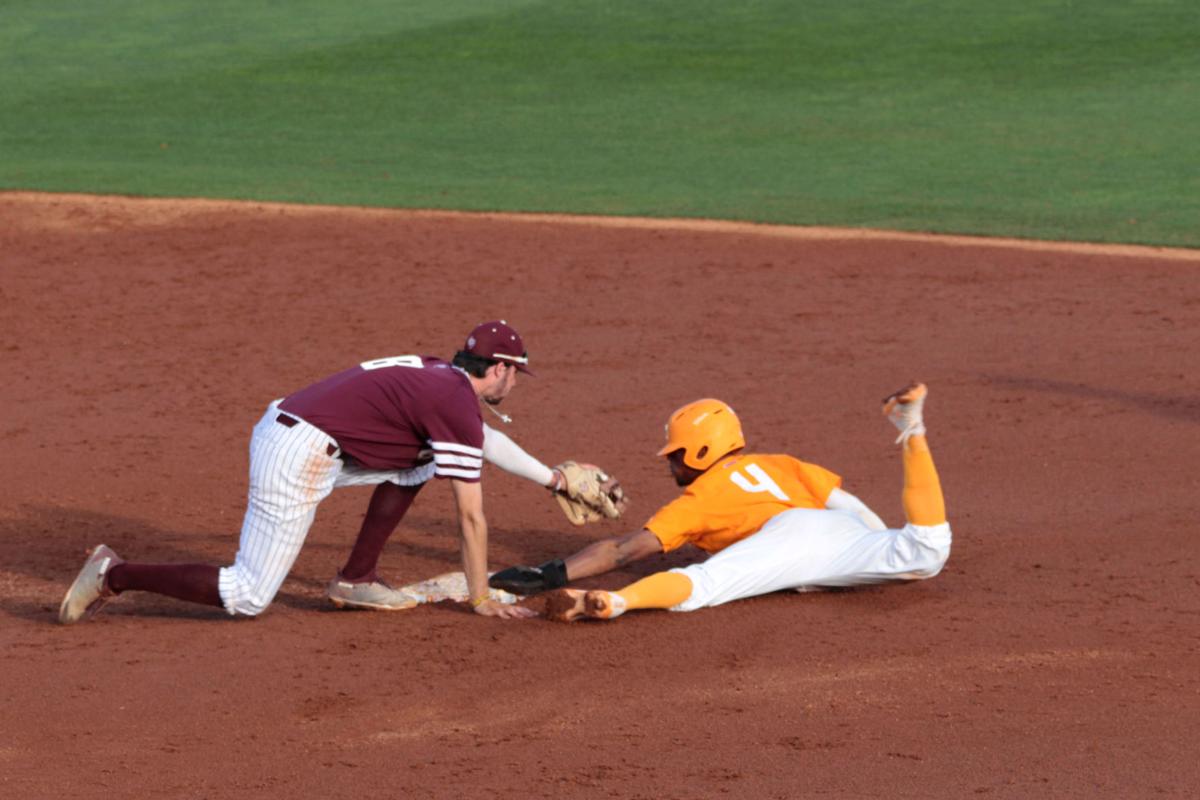 For the second straight game, the Tennessee baseball team allowed No. 14 Texas A&M to score first inning runs and jump out to an early lead.

This time, however, the Vols were able to respond. Timely hitting and good pitching down the stretch allowed Tennessee to grab a 6-4 win and a series victory in the third game of the series at Lindsey Nelson Stadium.

“We are never going to have a blowout performance,” Tony Vitello said. “I don’t think we ever don’t compete either, but what’s going on in between those two things has to be playing catch from the pitchers down to the position players.”

The Aggies scored two runs in the top of the first inning on an RBI-double and an RBI-single. The Vols answered with three runs in the third inning.

“Brodie’s performance was a direct result of what his approach has been around this building on non-game days,” Vitello said. “He’s been phenomenal in practice and pre-game, and I think that has bled over.”

Jay Charleston scored on a passed ball to tie the game in the third inning, and Andre Lipcius gave Tennessee the lead on a single that scored Pete Derkay to make it 3-2. Charleston added to the lead with an RBI-double in the fourth to put the Vols ahead 4-2. He went 3-for-5 at the plate.

“I was just seeing it well and trying to use my speed a little bit,” Charleston said. “Letting the ball get deep and not try to do too much with it.”

The Aggies tied the game in the sixth inning on a two-run home run to left field. Tennessee responded in the bottom of the inning as Justin Ammons singled home Brandon Chinea, and the Vols took a 5-4 lead.

Senior catcher Benito Santiago added to the lead with a solo home run to left center field in the bottom of the seventh inning, giving the Vols an insurance run and making it a 6-4 game.

Will Neely started on the mound for Tennessee. Neely threw 5.2 innings, giving up four runs on nine hits. Neely did not walk anyone and struck out three in his tenth start of the season.

Crochet pitched 2.2 innings in Sunday’s game, allowing just one hit and no runs. He walked one batter and struck out four in the win.

“It was kind of a new feeling totally,” Crochet said. “Big adrenaline rush, big time situation, but I just knew that I had to come in and trust my defense. Will set me up there pretty good.”

Freshman Chase Wallace came in and recorded the final two outs on a game-ending double play.

Tennessee will return to the field on Tuesday when Tennessee Tech comes to town for a midweek game at Lindsey Nelson Stadium. First pitch is set for 6:30 p.m., and the game can be seen on the SEC Network +.