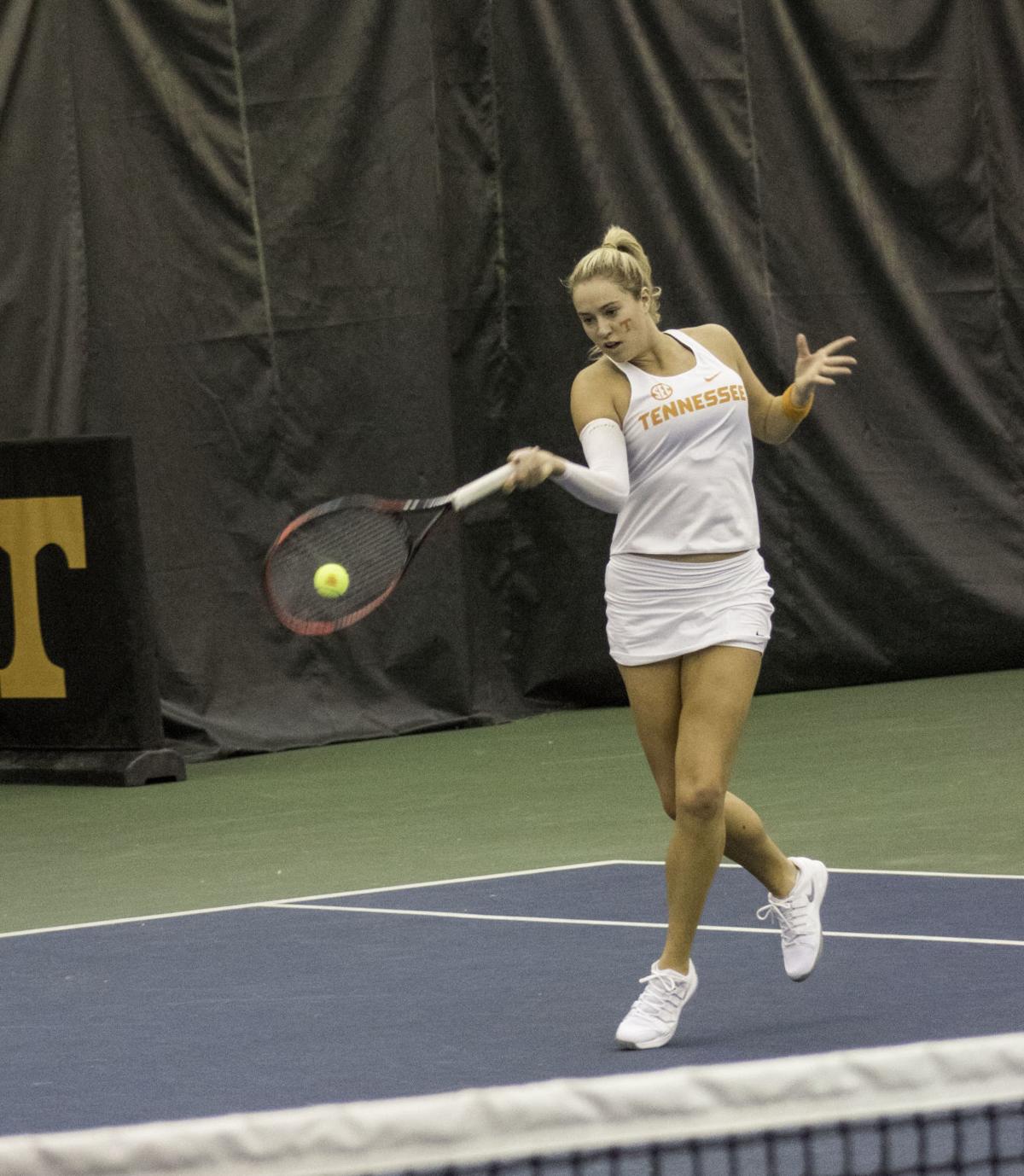 Kaitlin Staines during match against UCF on Feb. 17, 2019 at Goodfriend Tennis Center. 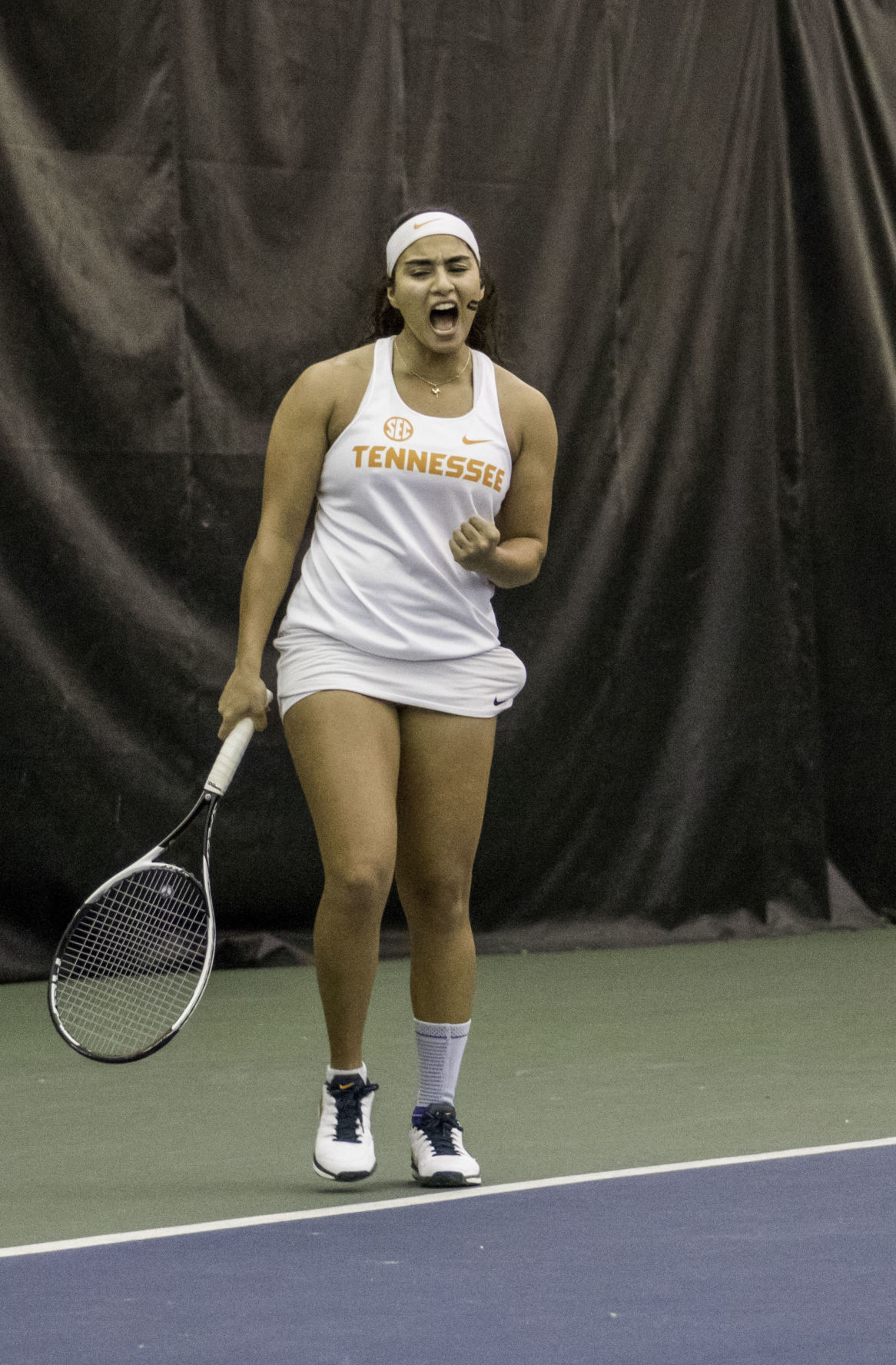 Johanna Silva during match against UCF on Feb. 17, 2019 at Goodfriend Tennis Center. 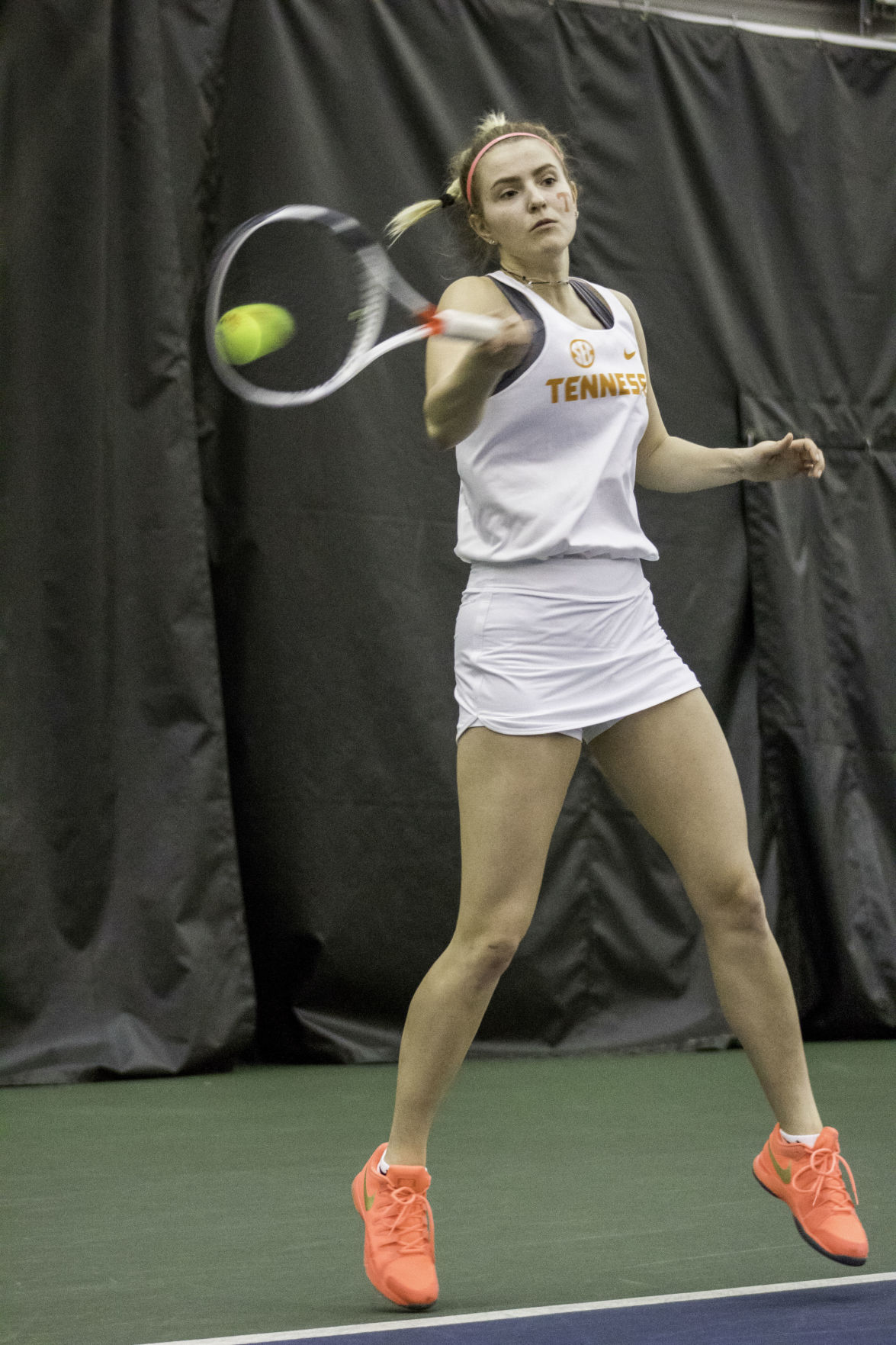 Rebeka Mertena during match against UCF on Feb. 17, 2019 at Goodfriend Tennis Center.

Kaitlin Staines during match against UCF on Feb. 17, 2019 at Goodfriend Tennis Center.

Johanna Silva during match against UCF on Feb. 17, 2019 at Goodfriend Tennis Center.

Rebeka Mertena during match against UCF on Feb. 17, 2019 at Goodfriend Tennis Center.

With players out due to injuries, the Tennessee women’s tennis team got big contributions from young players to defeat the University of South Florida.

The Lady Vols (6-2) women’s tennis team got their sixth victory of the season over South Florida (4-5) with a final count of 4-0 on Sunday at Goodfriend Tennis Center.

Tennessee got off to a hot start with two convincing doubles victories.

The No. 17 doubles tandem of sophomore Kaitlin Staines and senior Sadie Hammond secured their doubles match pretty handily by a 6-1 margin over the team of Klaric and Roman. Staines and Hammond move to 13-0 together, dating back to last fall.

Freshman Maia Haumuller and sophomore Tenika McGiffin clinched the doubles point for Tennessee when they defeated the doubles team of Boy and Tiron on Court 2. McGiffin and Haumuller are now 4-0 when partnered together this season.

With the injuries that the Lady Vols have suffered, Haumuller and McGiffin have a been a bright spot for the team.

“They’ve done a really good job playing together and competing, and they kind of compliment one another,” Ojeda explained. “We’re battling a couple of injuries, so teams might get shaken up a tiny bit as people get healthy, but (they’ve) done an unbelievable job managing their own tennis when they go out on the court.”

With the doubles point in their back pocket, the Lady Vols needed three singles matches to get the victory.

Heading into this matchup, Tennessee was 4-0 when both their No. 1 and 2 doubles teams won. That trend continued on Sunday.

Haumuller struck again when she tallied the first singles point over Dzenga 6-3, 6-1 in the No. 6 singles spot. She is now 8-2 this season in singles.

Junior Johanna Silva picked up the singles victory on Court 3 with a 6-4, 6-4 victory over Klaric. Silva secured the win after a tightly contested match. The win put her at 9-2 for the season.

Freshman Rebeka Mertena clinched the victory for the Lady Vols with her 6-2, 7-6(3) victory over Boy. After cruising in the first set, Mertena fought back and grinded her way to emerging victorious in the second set tiebreaker. She is now 7-3 for the season in singles.

“I just tried to fight until the end no matter what,” Mertena said. “I know it was like 3-5, and I tried to get every ball in the court just to fight back and win that set.”

This match marked the fourth consecutive home match of an 11-game home-stand. The Lady Vols are 3-1 in those matches up to this point, with their lone loss coming to Old Dominion.

As the team continues to prepare for SEC play, Ojeda wants to see it continue to make strides.

“We have to keep fine tuning and improving our competitiveness,” Ojeda said. “We have to do that every single day at practice. If we can compete at practice, then we are going to get to a level that these guys haven’t been to before.”

Up next, Tennessee will host Purdue on Saturday at the Goodfriend Tennis Center. The action is set to begin at 11 am.