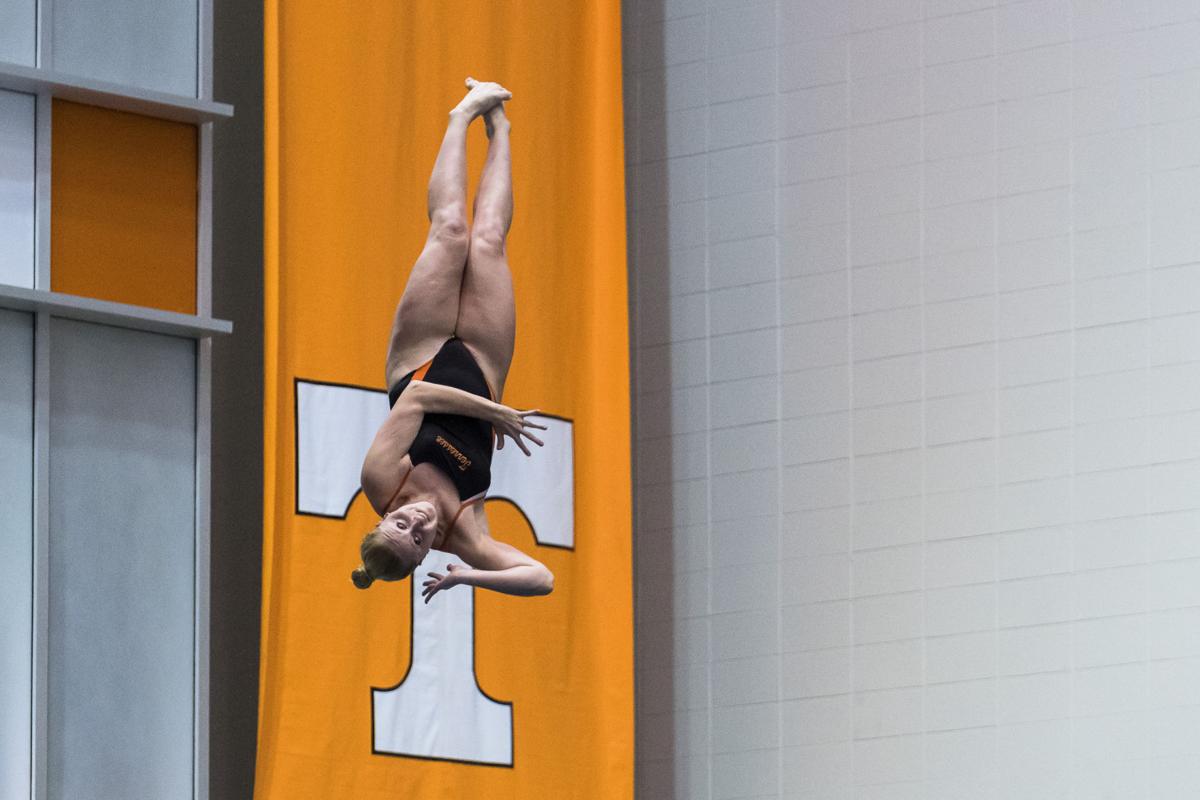 Rachel Rubadue in the 3-meter springboard during the Tennessee Invitational at Allan Jones Intercollegiate Aquatic Center on Dec. 1, 2017. 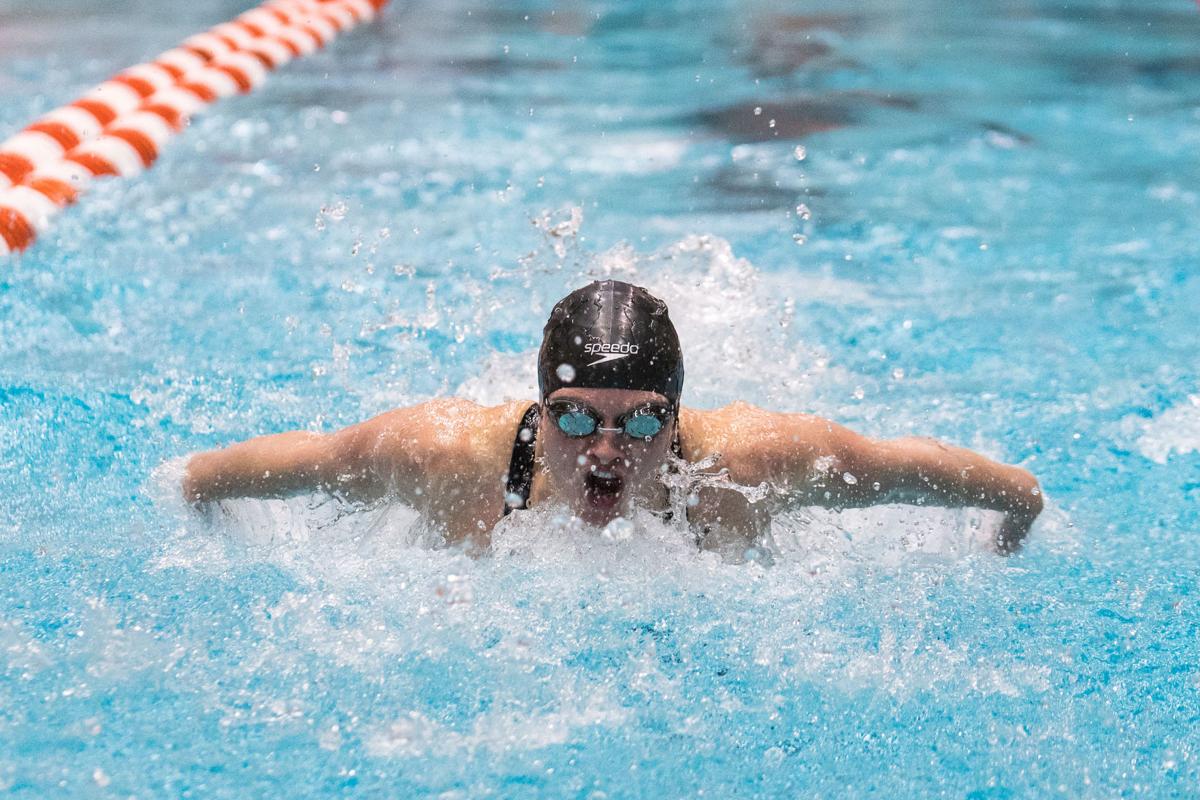 Erika Brown in the 100 butterfly during the Tennessee Invitational at Allan Jones Intercollegiate Aquatic Center on Dec. 1, 2017.

Tennessee swimming and diving head coach Matt Kredich said the Tennessee Invitational would test the endurance of his team, and after two days of the three-day meet, the team has passed the test.

The Tennessee men’s team leads the competition with 830.5 points, followed by Denver with 533.5. The Lady Vols lead on the women’s side with 749 points, and Duke is in second with 559.

“I thought our teams did a really good job today building on yesterday,” Kredich said. “We had some really outstanding performances today.”

Erika Brown led the Lady Vols with a win in the 100-yard butterfly. She set a new school record in the morning prelims with a time of 50.33 and was only slightly slower in the finals (50.77).

Brown was also part of the winning 200 medley relay team (1:36.67), along with Micah Bohon, Katie Armitage and Stanzi Moseley.

“Erika put together an incredible session this morning by swimming a school record in the 100 fly and then following it up with a time in the 200 free and a time in the 100 back that would have qualified for NCAAs last year,” Kredich said.

After day one of the Invitational, Kredich said Tess Ciepluchawas was stepping into a role where they could count on her to win the 500 freestyle and “probably in the 400 IM tomorrow too.”

Cieplucha took first in the 400 IM with a time of 4:05.43, more than six seconds faster than her prelim time, and it was also the second-fastest time in school history.

“Her (Cieplucha) putting together a swim like that I think indicates that she’s somebody we can count on in all four strokes,” Kredich said.

The Lady Vols closed the day with a win in the 800-yard freestyle relay (7:07.11) with performances from Erika Brown, Meghan Small, Micah Bohon and Stanzi Moseley.

The Tennessee men got a spark from senior Ryan Coetzee, who set a school record at the prelims in the 100 butterfly (45.46) and then got the win in the finals as well (46.02). Coetzee combined with Braga Verhage, Peter John Stevens and Kyle Decoursey to win the men’s 200 medley relay in 1:24.00, the second-fastest time in the NCAA this year.

“It’s a huge moment for our team because he’s (Coetzee) had that record in his sights for a while, and he’s really diligent about the way he trains and lives his life,” Kredich said.

The men closed the night with a win in the 800 freestyle relay (6:25.82) behind the team of Kyle Decoursey, Joey Reilman, Joshua Walsh and Hayden Burns.

Tennessee was also boosted by its diving performances.

Colin Zeng won the 1-meter springboard with a score of 422.55, which was a season best and the third-best in program history. Will Hallam finished fourth, and Liam Stone was fifth for the Vols as well.

“I was curious to see how all of the divers came in and performed today because this is our first championship-style meet,” diving coach Dave Parrington said. “I was excited to see him (Zeng) keep up the level of performance that he provided yesterday. In fact, he probably stepped it up today.”

In the absence of freshman Ana Hernandez, who is out for the rest of the weekend after injuring her ankle on Thursday, junior Rachel Rubadue stepped up again.

“(I'm) really excited with what Rachel is doing right now,” Parrington said. “She’s really upped her game in many aspects of what she’s doing, from day-to-day training to what she’s doing in the weight room and that type of thing.”

Saturday will be the final day of the Invitational, with prelims starting at 10 a.m., followed by platform diving at 1 p.m. The meet concludes with swimming finals starting at 6 p.m.

“The challenge becomes to turn around and have a great morning again tomorrow,” Kredich said. “The third day at NCAAs is where the most movement tends to occur. We’ve got to be able to take fatigue from day two, no matter what it looks like, and be the best team in the pool on day three.”