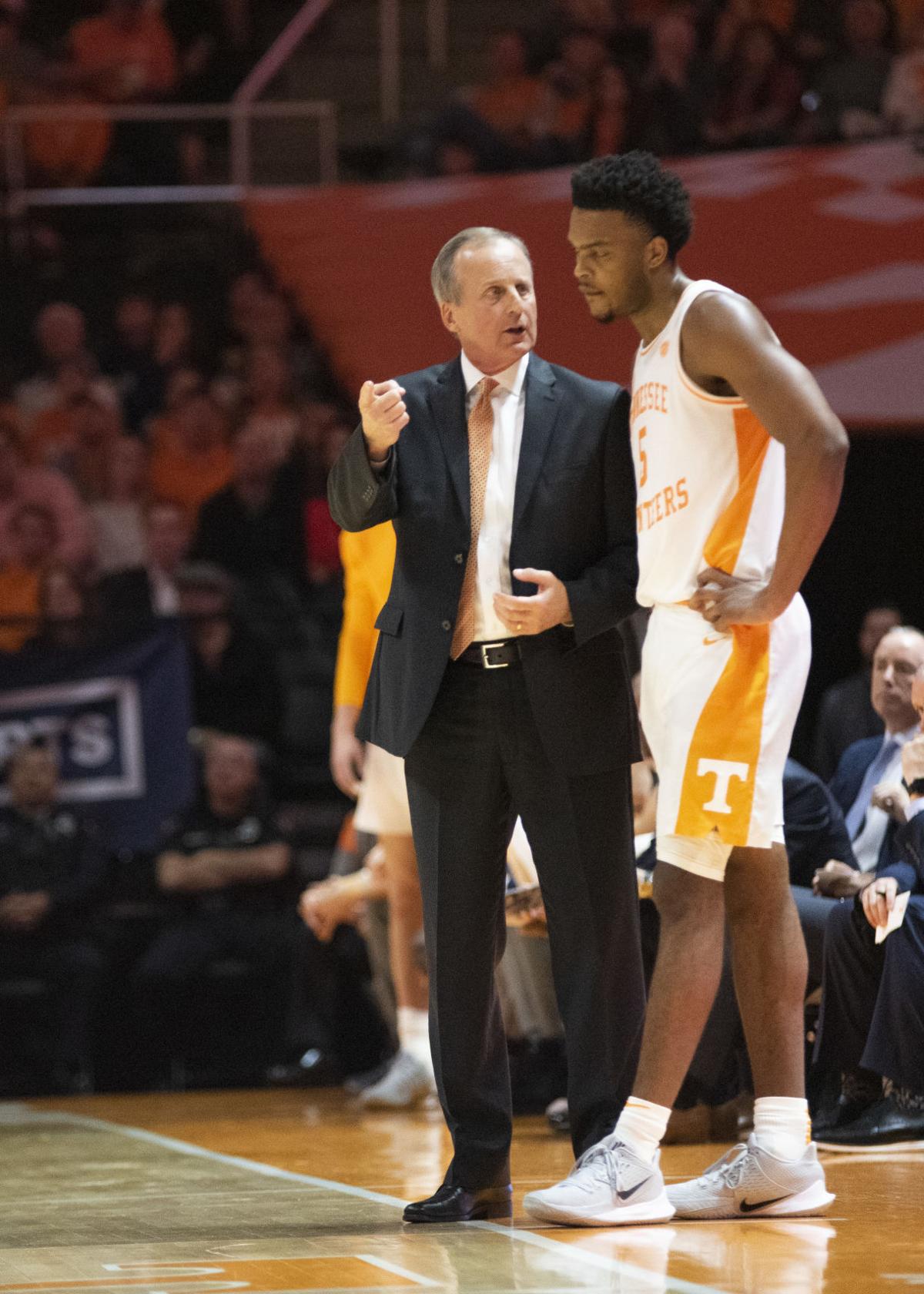 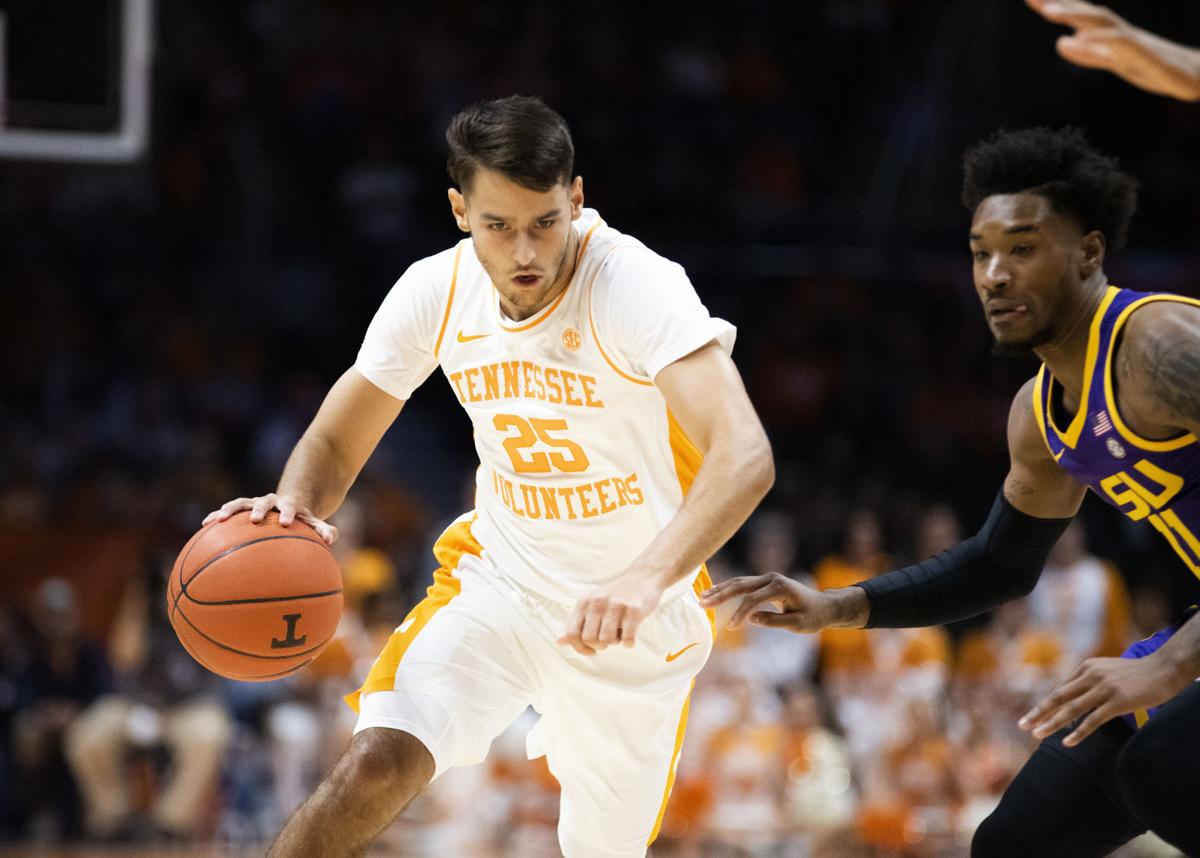 Tennessee's Santiago Vescovi, #25, dribbles the ball during the Tennessee and LSU basketball game on Saturday, January 4, 2020 at Thompson-Boling Arena.

Tennessee's Santiago Vescovi, #25, dribbles the ball during the Tennessee and LSU basketball game on Saturday, January 4, 2020 at Thompson-Boling Arena.

Tennessee picked up its first conference win of the season Tuesday night winning at Missouri in a slugfest, 69-59.

It was a back-and-forth affair that saw Tennessee overcome a game full of turnovers with solid defense and a couple of big plays by the Vols’ freshman guards late securing a win for Tennessee.

Santiago Vescovi didn’t cut his turnovers off, but he limited them to five Tuesday night in the Vols road win. However, Missouri’s pressure defense gave the Vols problems as Tennessee turned the ball over 21 times in the loss.

Josiah-Jordan James turned the ball over four times and John Fulkerson turned it over five times in the win.

Missouri’s pressure defense gave Tennessee problem’s and beyond turnovers exposed another weakness in the Vols offense.

James, Vescovi and Jordan Bowden all gave the Vols offense on the night, but 58% of the points came from beyond the 3-point line.

Tennessee doesn’t have guards that can consistently beat athletic defenders and get Tennessee points around the basket.

As of right now, Tennessee offense is coming majority from jump shots and fade aways from the Vols’ big men. They’re not getting much easy at the basket.

Tennessee’s defense smothered Missouri all night not letting the Tigers get any easy baskets in the Vols best defensive performance since Lamonté Turner’s season ending injury.

Missouri shot just 35% from the field and 36% from 3-point range. Part of that was due to the lackluster nature of the Tiger’s offense but don’t disregard Tennessee’s impact in making that happen.

Tennessee turned Missouri over 13 times, scoring 13 points off the turnovers. Tennessee’s ability to create offense from defense continues to be lackluster this season.

Tennessee trailed 53-50 with 6:30 left in the contest. Tennessee’s offense had struggled greatly since taking a 38-28 lead early in the second half. Tennessee needed to find a way to make enough offensive plays to pull out a win.

Its freshman guards delivered. James tied the game up with a corner three and on the next possession Vescovi grabbed an offensive rebound and knocked down his first three of the night to give Tennessee a 56-53 lead.

After another stop the two teamed up again. James pump faked and drove past a defender before dishing to a wide open Vescovi in the corner. The Uruguayan native didn’t disappoint, burying the three.

Vescovi wasn’t done though, after a Missouri timeout Vescovi stole the inbound pass and finished with a layup on the other end to extend the Vols lead to eight.

Jordan Bowden, who broke out of his slump scoring 13 points, would knock down another three late and Vescovi drilled four free throws to ice the game and secure Tennessee’s first SEC win of the season.