In a game that called for more than two hours of rain delay, Missouri forced a rubber match behind a 6-1 victory over the Vols. The Tigers relied on their bullpen after struggling Friday night. 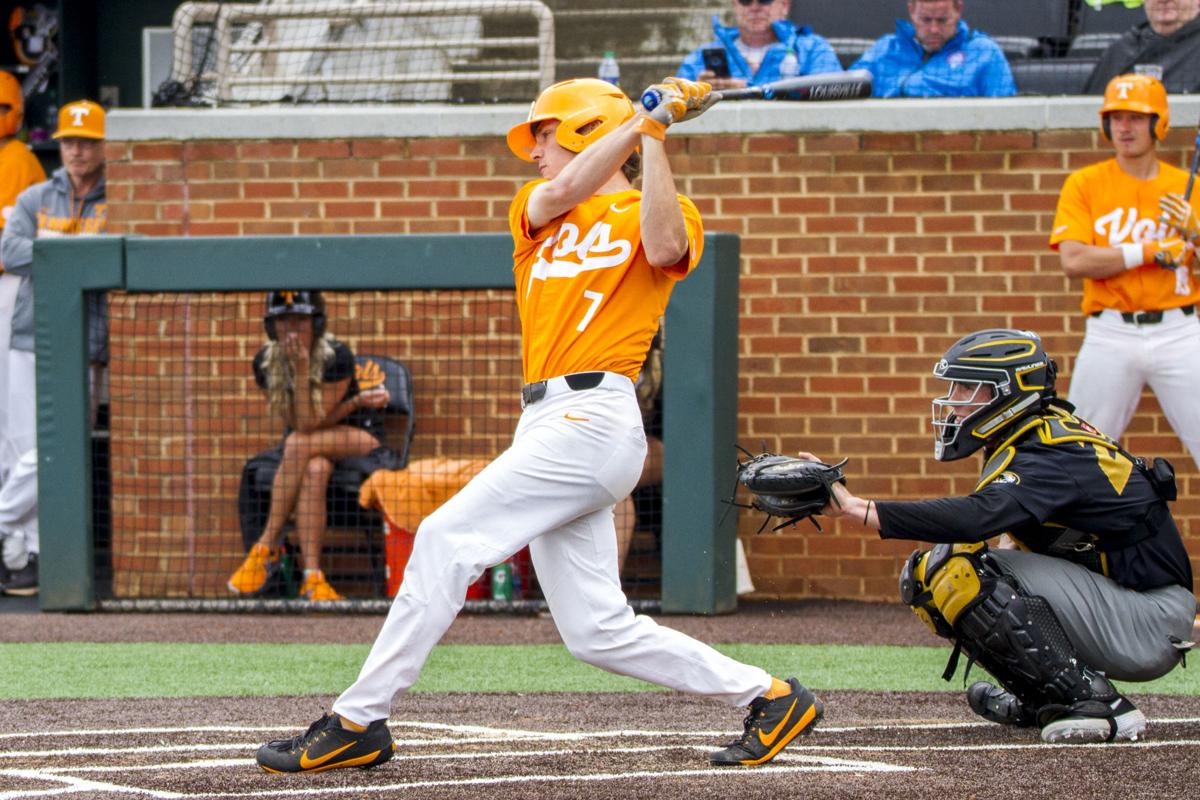 #7 Jake Rucker at bat during a game against Missouri on Saturday, May 4. 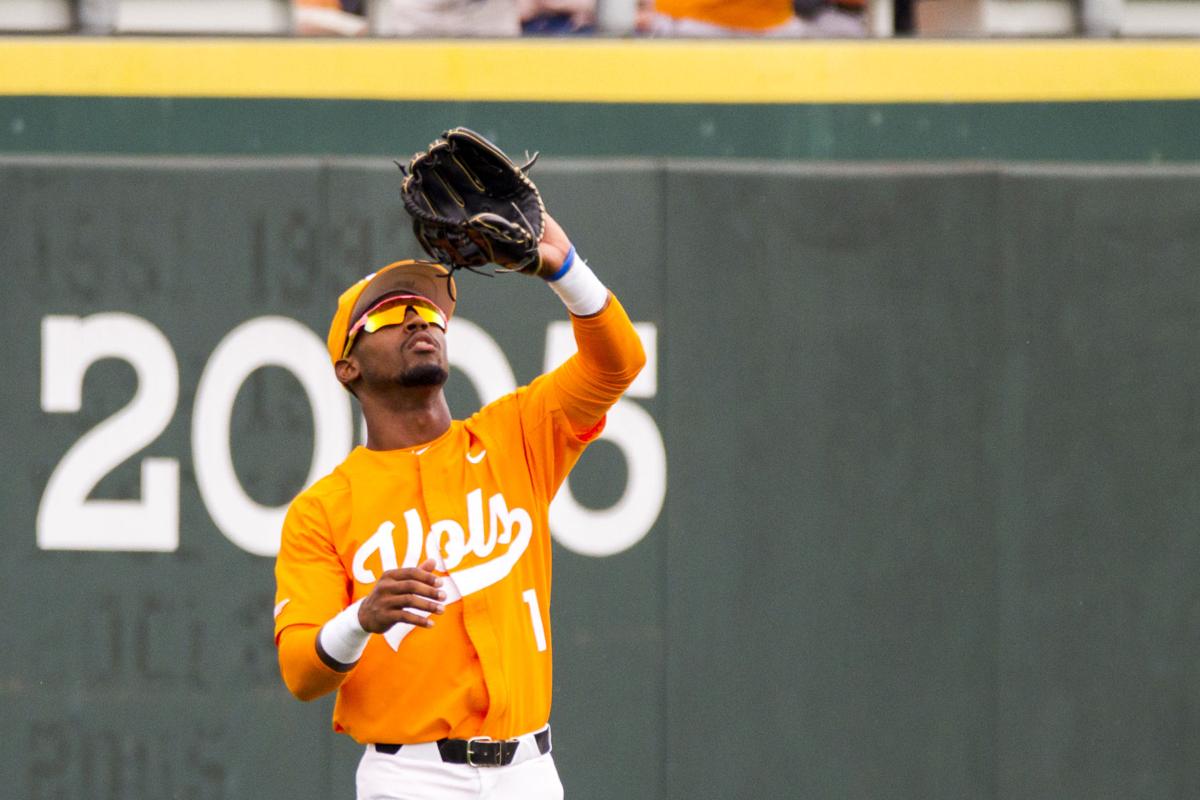 #1 Alerick Soularie catches a ball during a game against Missouri on Saturday, May 4. 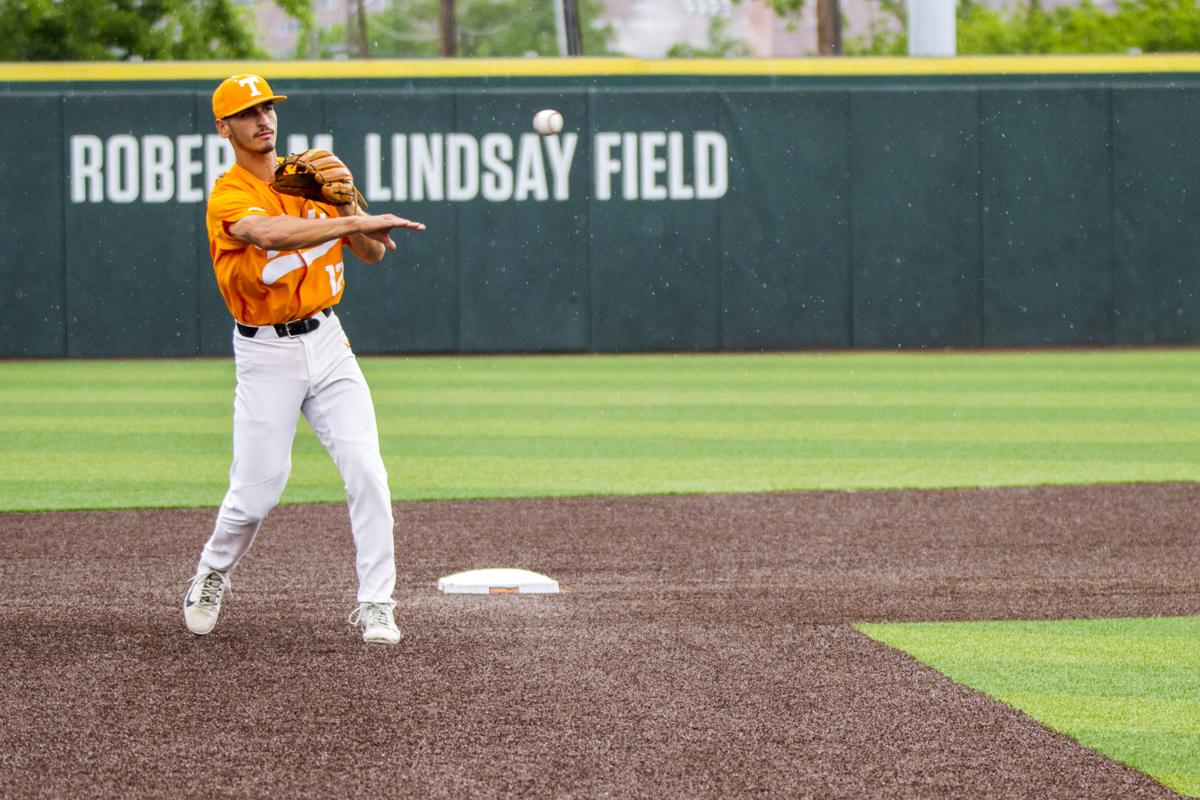 #12 Ricky Martinez during a game against Missouri on Saturday, May 4. 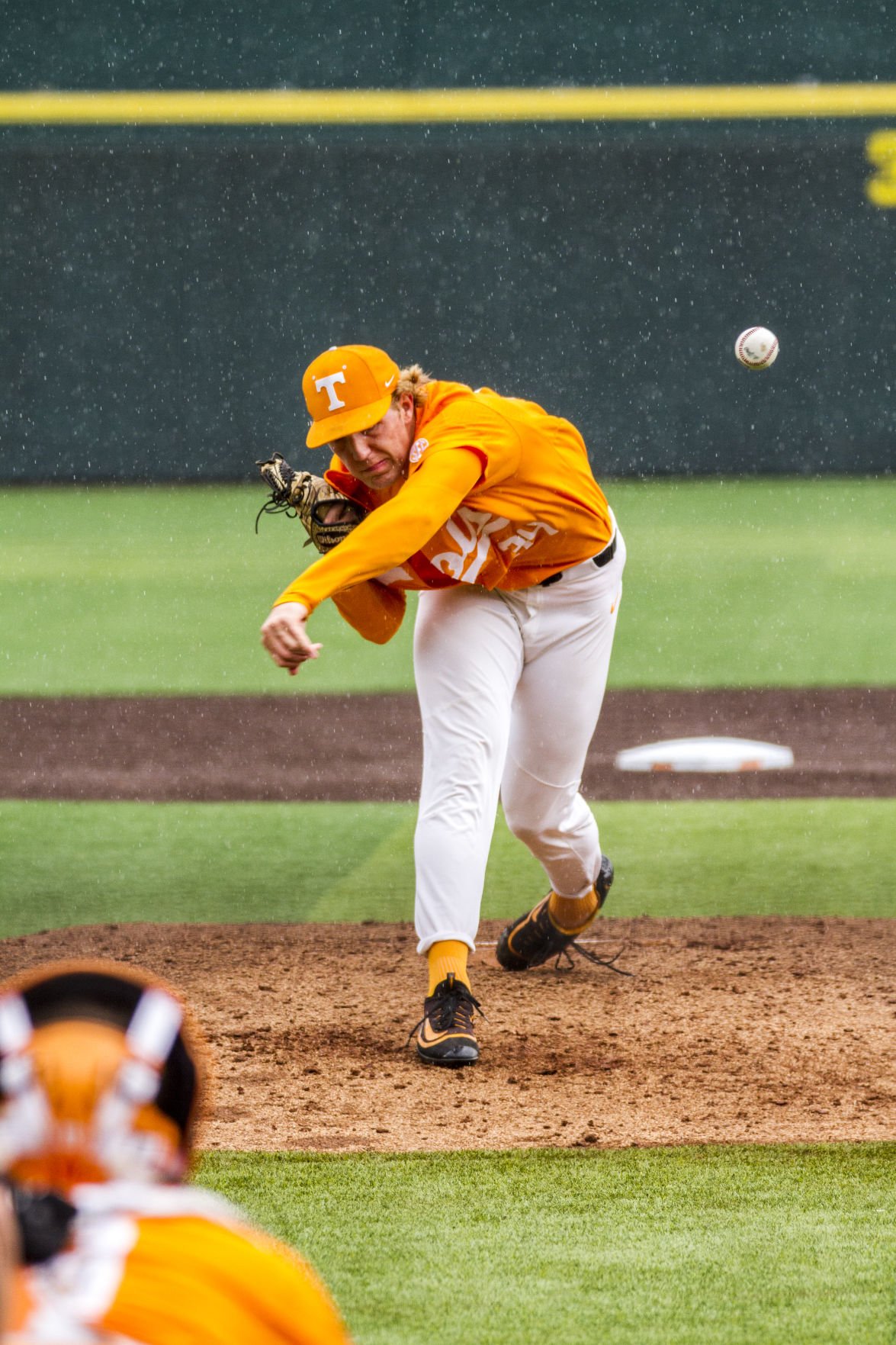 May 4: Tennessee baseball vs. Missouri

#7 Jake Rucker at bat during a game against Missouri on Saturday, May 4.

#1 Alerick Soularie catches a ball during a game against Missouri on Saturday, May 4.

#12 Ricky Martinez during a game against Missouri on Saturday, May 4.

With two strong starting pitchers who had turned in a combined 5.2 scoreless innings, it looked like the game was headed for a pitcher’s duel, with both starters going deep into the game.

However, with two outs in the bottom of the third inning, the teams were pulled off the field as the rain sent the game into a weather delay. The delay lasted two hours and five minutes, as thunderstorms rolled through Knoxville.

“It’s definitely hard to come back out after a two hour rain delay,” freshman second baseman Jake Rucker said. “They handled it better than we did. It’s just hard.”

After the delay, Missouri decided to pull its ace, Tj Sikkema, as the junior got cold over the long delay.

Tennessee decided to ride it out with its starter putting Garrett Crochet back into the game for the fourth inning.

The move played dividends for the Tigers, but came back to cost the Vols, as Crochet struggled later in the contest.

Crochet surrendered a run in the fourth inning, but it was unearned as a throwing error by Pete Derkay cost the Vols. The lefty held Missouri scoreless in the fifth inning, but the Tigers blew the game open in the sixth when Chad McDaniel hit a three-run homer to end the left hander’s day.

After picking seven two-out RBIs in Friday night’s series opener, Tennessee struggled to pick up clutch hits in the second game of the series.

It looked like the Vols would jump on Missouri early after getting runners on the corners with one-out, but a strike him out, throw him out ended the threat.

“He (Soularie) missed a couple fastballs,” head coach Tony Vitello said. “Those were two really good swings he put on it, and strike three you rarely see that. I thought coach Elander made a great call because you rarely see Alerick swing and miss.”

A one-out double by Ricky Martinez gave the Vols a runner in-scoring position in the fifth inning and Justin Ammons gave one a ride, but a leaping snag by Missouri’s Kameron Misner robbed Ammons of what would’ve been a game tying RBI.

Charleston grounded out after that as the Tigers got out of another jam.

Tennessee’s biggest opportunity came in the sixth inning as the Vols trailed 4-0. Bedell retired the first two batters of the inning but walked the next two and hit Jake Rucker to load the bases, before he was pulled from the game.

Cameron Dulle came in to face a pinch hitting Nico Mascia, despite hitting just .067 on the season Mascia drew a walk giving Tennessee its first run of the night.

A hit could’ve pulled Tennessee back into the game, but Ricky Martinez grounded out to end the inning.

Missouri’s bullpen was woeful on Friday nightgiving up eight runs on nine walks in 4.1 innings of work, but some familiar faces were solid when called on Saturday.

Bedell came in to pitch after the rain delay and bounced back from his three-run outing on Friday.

“He got a little bit of help from our guys early but it’s because he has really good stuff,” Vitello said. “I thought we were more locked in yesterday and I thought he was more locked in today so the perfect storm on both sides of the equation.”

The sophomore gave up a run on one hit in his three innings pitched. Command was an issue for him again as he walked three, but he struck out a pair as well.

After walking in a run with the bases loaded, Dulle was solid as well pitching the final 3.1 innings giving up one run on two hits.

The pairs performance was big after Missouri was thrown into a difficult situation as it pulled its best arm in the third inning. The collective efforts were good enough to pick up the win and allowed the Tigers to save some arm for Sunday’s rubber match.

The series rubber match is set for a 2 p.m. start on Sunday.