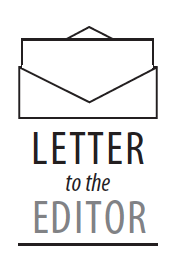 My mother raised me as a Baptist Christian. We attended Bible studies every Thursday and church service every Sunday. Church provided a welcoming environment for us to connect with the wider-African American community and I was a devout, young believer.

Outside of church however, me and my mother encountered a barrage of struggles; the main of which was chronic homelessness. Not having a regular place to live took a major toll on me as a young kid trying to keep up with my lessons in school and cope with fitting in with the other students.

Furthermore, my mom could not afford to buy me glasses, which was indeed a problem for a kid with 20/450 vision. During our period of homelessness – and for me near blindness -- I turned to God in every way that I could. But even as I was reaching out to God every day, we continued to be homeless.

At a certain point, I decided to put my communication with God aside and turned to reason and self-reliance. I wanted a better life for my mother, and also wanted to pursue my dream of becoming an optometrist – both of which required education and resources that our church could not provide.

I worked hard to get my first Job at Walgreens and continued working full-time through high school. While this job was not able to afford a home for me and my mother, at least it was able to feed us and pay for items of necessity, like my first pair of coke-bottle glasses.

I got our family out of poverty, not because of God, but rather thanks to old-fashioned bootstrapping hard work and reason. Many of my friends and family argued that God allowed us to rise out of poverty, but it was precisely the opposite. Only when I turned away from prayer and turned to reason, did I gain the freedom of will and thought to take the reins in life.

Starting when I was about 15 years old, my realization that there were many contradictions and troubling ideologies in the bible lead me first question God. Many questions began to arise in which I could find no logical answer or response. As a budding scientist I learned of the empirical method, which means that ideas must survive all questions and tests of reason in order to be adopted as knowledge. I used my scientific thinking to put God to the test.

From researching the origins of the scripture, it occurred to me that God did not create us, but rather we created God to have a pretense of the reality that we don’t understand. I realized that in order to advance in my scientific field, there was no room to believe in something that was incapable of being proven through the test of reasoning. Thus, I rejected God as a fantasy no different than the Tooth Fairy.

I also realized that I do not need to believe in God to pursue my happiness in life, or to do good unto others in the mold of the Bible’s teachings. I still support those members of the African American community, and others who use religion to connect.

However, for me I’m as proud to be an atheist as I am to be an African American.

You may flip the script and ask, “what is the evidence to support my worldview as an atheist?” It’s pretty straightforward, through reason and scientific-thinking, I have lifted my family out of poverty, gained my vision, and am now receiving my bachelor’s degree in Biochemistry from the University of Tennessee in Knoxville.

From there, I plan to attend graduate school and become an optometrist, helping others who suffer from the same vision problems I have experienced.

And I have been ‘good without God,’ in the sense that I have conducted more than 100 hours of community service to others while in college. All in all, my story is proof that God is not needed to be happy or successful and that atheists are capable of having just as much (or more) moral authority as religious people claim.

For those who underestimate their abilities to be prosperous without divine intervention, I say: be yourself, be human, and be the best you can be with, or without, God.

Therrin Wilson, of Knoxville, is in his final semester at the University of Tennessee in Knoxville. He is featured on a new billboard near campus sponsored by the Freedom From Religion Foundation. He can be reached by contacting Alec Loftus at alec@discoverasg.com.